Here is the story of a beloved couple of the Malayalam film industry, Fahadh Faasil and Nazriya Nazim, who have set major relationship goals on-screen and in real life.

We all love watching films that depict love stories ending in happily-ever-after and we love rooting for those couples who make us believe in the ideal concept of everlasting love. The best of on-screen couples, be it Amitabh Bachchan and Jaya Bachchan, or today, Ranveer Singh and Deepika Padukone, not only capture perfectly the strength of romantic emotions that everyone aspires to have in their lives but also serve as examples of the perfect partners, setting goals for us ordinary people.

Today, the lives of celebrities transcend the screen and are documented constantly. As fans, we love keeping tabs on stars’ professional as well as personal lives and eagerly await glimpses of star-couples displaying their affection for each other in public. One such beloved couple of the Malayalam film industry, Mollywood, is Fahadh Faasil and Nazriya Nazim, who fell in love on the sets of the first film together, Bangalore Days. (Also Read: Nehha Pendse Shares Her Love Story With Hubby, Shardul Singh Bayas For The First Time After Marriage)

From Bangalore Days to arranged marriage: How it all began We first saw the two of them together in Anjali Menon’s 2014 romantic-comedy, Bangalore Days. One of the biggest Malayam-language blockbusters, Bangalore Days had an ensemble cast led by some of the most popular actors of Mollywood and on top of being highly successful commercially, also went on to win critical acclaim, including 2 Filmfare Awards. Nazriya Nazim, already an established and popular actress in Malayalam films, had also received a Kerala State Award for Best Actress. Playing husband and wife in the film, Fahadh and Nazriya seemed to hit it off instantly, which translated into their enviable on-screen chemistry. 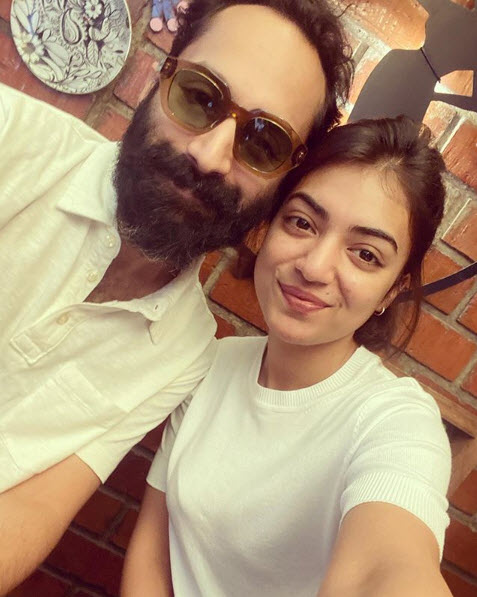 Only a couple of months before the release of their film, which opened to rave reviews from critics and audiences alike, fans were thrilled to see Fahad announce his engagement to his co-star, Nazriya! They got engaged in February 2014 and officially became each other’s life partners in a wedding ceremony on August 21 that year, welcoming happiness and professional success together. Fahadh, a National Award-winner and the son of Mollywood filmmaker, Fazil, has said that their parents were the ones who arranged it and encouraged them to get married. Actress Nithya Menen, who co-starred with them in Bangalore Days, joked about how she was the reason for their fateful encounter! She declined the lead role in the film, of Fahadh’s wife, which was then offered to Nazriya. (Recommended: Isha Ambani And Anand Piramal's First Anniversary, Love Story From Being Family Friends To Soulmates) Speaking about their blossoming love on the sets of Bangalore Days in an interview, Fahad relayed the cutest story ever. He talked about how Nazriya had walked up to him out of the blue on set and asked him to marry her. As reported by The News Minute, he told Club FM in Dubai, “She said that she’d take care of me for the rest of my life. No woman had ever said such a thing to me.” Who wouldn’t want a love like that?! After marriage, Nazriya took almost a four-year-long break from acting and continued to bask in the glory of her stellar Bangalore Days performance. In 2017, pregnancy rumours surrounded the couple, teasing that they were expecting their first child together. However, Nazriya took to Instagram to deny the rumours.

Throughout her break, she had remained active on social media and was very much in the public eye. She still keeps fans satisfied with their affectionate pictures together, whether on holiday, during festival celebrations or just to appreciate the little moments spent in each other’s company! Take a look at this adorable picture of the two ringing in the new year. Clicked by her brother-in-law, Farhaan Faasil, the candid capture shows Nazriya with her arms around her husband, planting a kiss on his cheek. (You Might Enjoy: Varun Dhawan's Girlfriend, Natasha Dalal Opens Up On Her Love Story And Marriage) When Nazriya returned to films in 2018 with Anjali Menon’s Koode, she had shunned all speculation that Fahadh was the one keeping her from acting. She emphasised that nothing had changed in her personal life and revealed that her husband actually repeatedly asked her if she wanted to hear scripts. In an interview with Kochi Times, she blamed this speculation on the patriarchal mindset itself, saying, “People just assume that you are not going to act after marriage, will stop doing romantic roles and that every guy will stop his wife from acting.” She refuted the claims but clarified that those who chose to do that were entitled to do so. In another interview with Scroll.in, she had pointed out that after their wedding, Fahadh also went on a long break, but nobody made a big deal out of that. 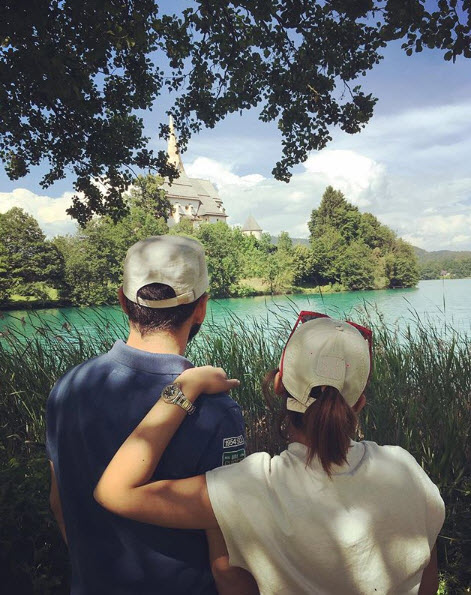 Their marriage is truly an example of a balanced and equal partnership between a husband and a wife. Fahadh himself has gone on record many times saying that his marriage has changed his life, particularly how Nazriya has made him calmer and more grounded. Apart from working together and regularly sharing notes on each other’s work, the two enjoy each other’s company and love going off on impromptu holidays or long drives. They also live a blissful married life with their dog, Oreo, who will turn turns five years old on March 5 2020! Here is an adorable collage of pictures of Oreo, shared by Nazriya on his previous birthday, which will leave you smiling for the rest of the day! (We Recommend: 10 Celeb Couples Who Are A Powerhouse Of Talent And Deserve More Stardom And Attention) 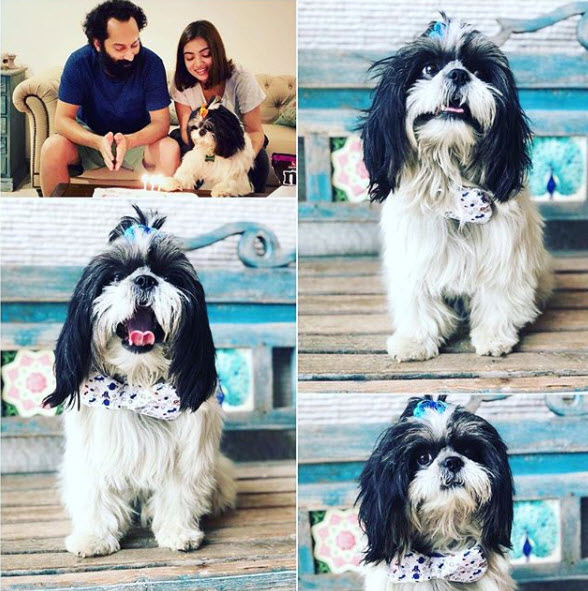 Five years and forever to go

Nazriya's return to acting was welcomed by her fans across the South, and especially those of the Nazriya and Fahadh's love story, when they announced that they would be acting opposite each other again in Anwar Rasheed’s 2020-film, Trance. The film, which released on the 20th of February across India, is a psychological drama and opened to mixed reviews. However, fans are loving the opportunity to watch the beloved couple share the screen with each other once again. The two also celebrated five years of togetherness on August 21 2019, which they documented with the sweetest posts on social media. Fans went wild over Nazriya’s Instagram tribute to her ‘life’s best gift, pictured above’. Wishing him a happy anniversary, she said that she ‘couldn’t believe’ that they had made it so far but also expressed her happiness that they had ‘forever to go’. (Suggested Read: 5 Bollywood And TV Celebrity Couples And What They Wore On Their First Diwali) 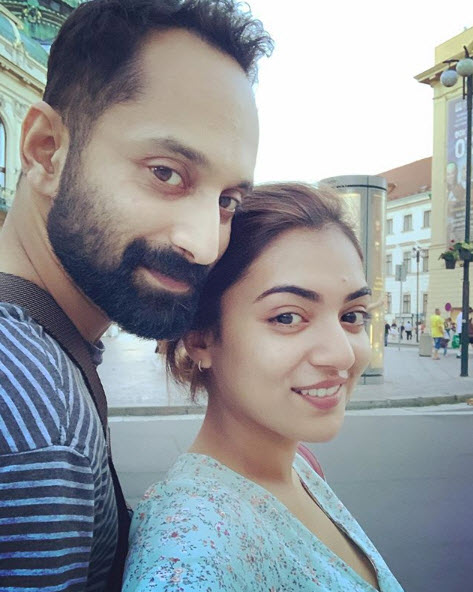 We wish the two of them the most fulfilling careers, and while we keep fantasising about a relationship like theirs, a lifetime of love and togetherness.