Six Pictures that will make you believe that Suhana Khan is an absolute trendsetter. Let's take a sneak peek into her admirable and envy-worthy fashion closet!

In today's generation, it's not only celebrities who enjoy a massive fan following. Their kids are equally in demand and grab the attention of paparazzi wherever they go. It's no surprise that these kids always surpass the fame of their celebrity parents. Looks like the star kids are going to be the future of the Bollywood industry. And, one such star kid is Shah Rukh Khan's beautiful daughter, Suhana Khan, who is preparing for her big Bollywood debut.

Shah Rukh Khan's daughter, Suhana Khan has amazing fashion choices, featuring all possible styles of her generation. Being the daughter of such an exemplary star with her mother being Gauri Khan, an interior designer and a fashionista, we can say that fashion and style are probably in her genes. On the occasion of Suhana's birthday, let's take a look at the most expensive fashion outfits that are a part of her envious wardrobe, which had left everyone mesmerised. All her looks are very chic and up-to-date wherein she gives a touch of elegance and charm. 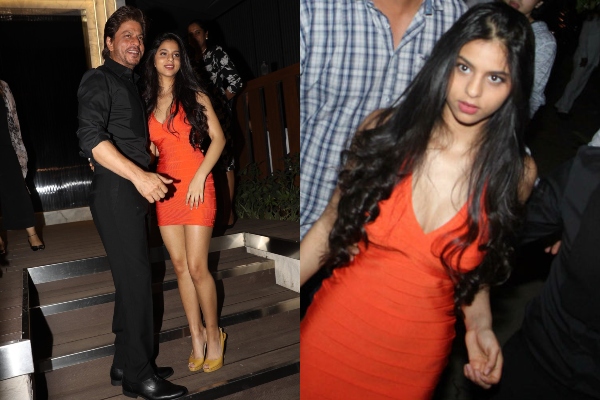 At the grand opening of the restaurant Arth in Mumbai, with Gauri Khan being its interior designer, many celebrities were invited like Alia Bhatt, Sonam Kapoor, Sidharth Malhotra, and many more. However, Suhana Khan was the one person who stole the attention of the media with her stunning tangerine bandage dress from the designer Herve Leger. She stood out among other celebs being dressed in a colour palette of blacks and blues. This dress, complimenting her hourglass figure comes with a price tag of Rs 60,000. 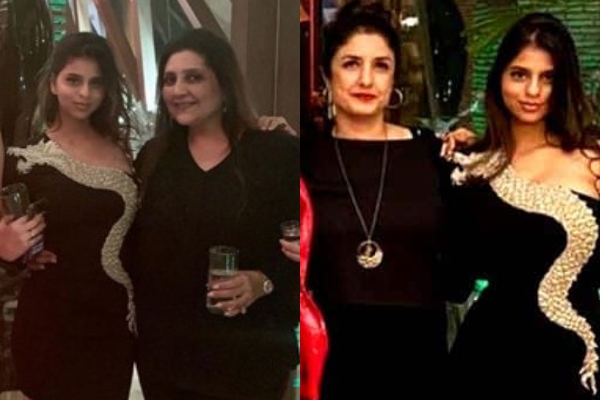 At a new year’s party with her family, Suhana Khan had worn a striking black dragon Balmain dress and had paired it with golden heels. The beautiful dress had costed a whopping amount of Rs 2.17 Lakh. This dress has a dragon crafted on it with golden embroidery and has a bodycon fit that had enhanced the overall look of the outfit.

Recommended Read: Suhana Khan Wears A Bodycon Co-Ord Set, Flaunts Her Curves At A Party With Her Friends In New York 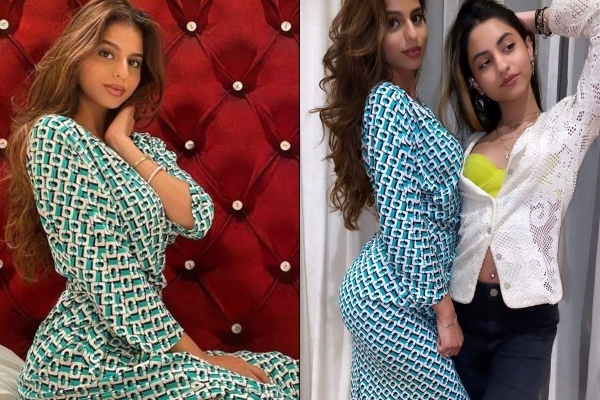 In one of Suhana Khan’s Instagram post, she is seen wearing a wrap-around dress by the designer, Diane Von Furstenberg. It is a simple silk dress with a blue, black and white print. This dress costs approximately Rs 35,000. While Suhana Khan had posted her picture wearing this dress, she had written, “Gonna post this before I stare at it long enough to start hating it.” 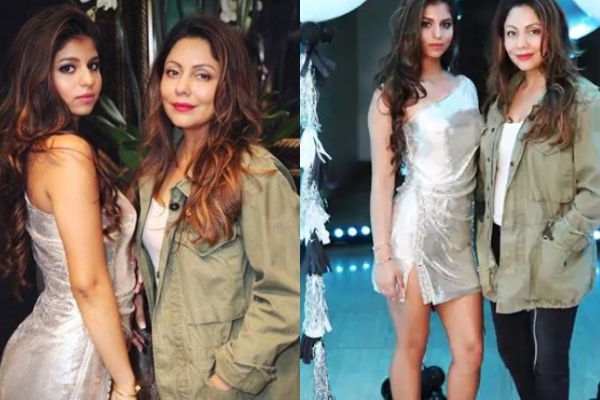 Suhana Khan wore a glamorous off-shoulder silver dress designed by Monisha Jaising to her farewell party as she had wrapped up her final year in Ardingly College. She had paired her outfit with strappy silver heels and nailed the overall look. This dress from Monisha Jaising’s collection is yet another expensive outfit that Suhana owns. 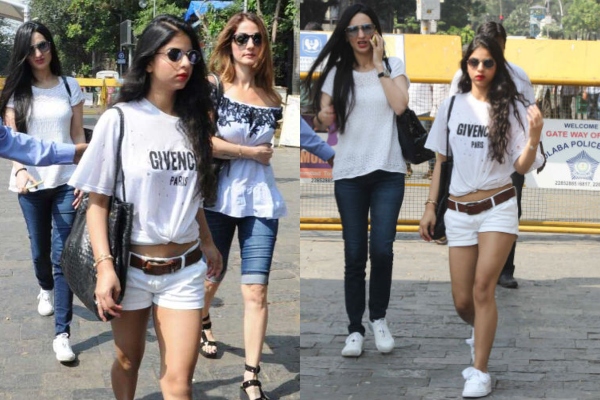 Some time ago, Suhana Khan was spotted wearing an oversized short sleeve Givenchy white t-shirt and had styled it by knotting it in the front. She had completed her basic look with a pair of white sneakers, white shorts and a brown belt. The Givenchy T-shirt is worth Rs 50,000. Yet another basic look, Suhana had paired her Alexandra Wong sweatpants and crop top with an expensive black jacket from the designer brand, Karl Lagerfeld, as a part of her airport look. This casual jacket costs approximately Rs 25,000. She had carried a pair of Monki sneakers along with this look.

A true-millennial at heart, Suhana Khan makes her fashion statements proving that she can carry the most basic to the most elegant outfits flawlessly. With her simple yet classic styles, she is said to be a true diva. Apart from these costly outfits, Suhana shows the world how to dress with different colour palettes and styles. Right from rugged dull colours to bright shades, she can pull off anything with confidence. Her fashion choices remain the same when we talk about her Indian looks as well. She usually opts for minimalistic designed outfits and knows how to rock the desi style. Apart from her dressing sense, Suhana Khan also has a specific taste in handbags and sneakers. She often paired them with her different outfits at different places.

With this, we wouldn’t deny that Suhana Khan is the ultimate Gen Z fashionista. All her outfits and styles are something that many of us cannot get over. A big thank you to Suhana Khan for making her Instagram account public very recently that gave the world a peek not only into her life but also her fashion sense. She is the one person, who likes to keep her style very basic yet classy. Even if her outfits are not affordable, it feels good to have a look at them!