Suhana Khan shared a beautiful picture wearing her mother, Gauri Khan's dress and her comment section was flooded with compliments. Check it out inside! 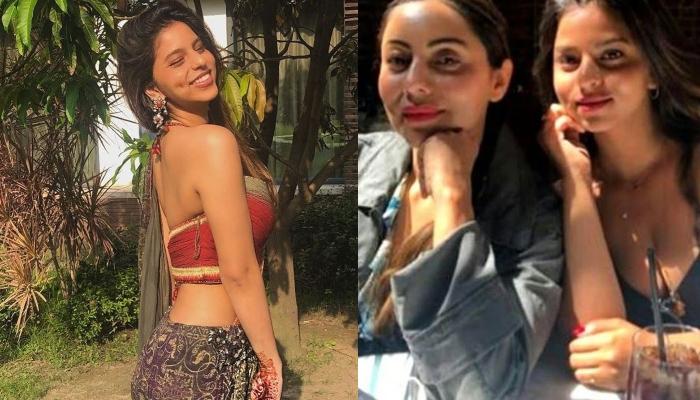 Bollywood superstar, Shah Rukh Khan's kids enjoy a different level of stardom that even some big stars don't! Be it his son, Aryan Khan, his daughter, Suhana Khan or the little one, AbRam Khan, the paparazzi go crazy whenever they're spotted, and fans are always eager to get one glimpse of the star kids. (Recommended Read: Sushmita Sen's Fan Asked Her When She Is Getting Married, Beau, Rohman Shawl Gives A Hilarious Reply)

Shah Rukh's kids have even a bigger fanbase on social media as you can find numerous fan pages on their name. Particularly, King Khan's daughter, Suhana Khan enjoys a huge fan following on social media, and although she posts rarely, her pictures and posts go viral on the internet in no time. Until recently, Suhana Khan's profile was not public, but after she had made it public, there was no stopping as she's extremely popular on social media. Check out her latest post below!

On October 15, Suhana Khan took to her IG handle and posted a mesmerising picture of herself posing like a diva. Donning a printed aqua-blue coloured dress, Suhana looked ethereal against the backdrop of a dark maroon coloured designer wallpaper. We strolled through her comment section only to find out that the dress she was wearing belonged to her beautiful mother, Gauri Khan. Suhana stunned in her trademark, beachy wave hair, minimal makeup and a shimmery brown lipstick. Her comment section was flooded with praises for her beautiful picture. She captioned it as "gonna post this before i stare at it long enough to start hating it." Check it out below:

Some days ago, there was a strong commotion on social media regarding racism and 'colourism', when Suhana Khan had taken to her IG handle and had narrated the story of being trolled because of her skin colour. Suhana had shared a series of screenshots of the nasty comments she had received for her complexion and had penned a long note talking about how she's proud to be dark-skinned and 5'3 in height. (Also Read: Smriti Khanna Celebrates Her Daughter, Anayka's Half-Birthday, The Mother-Daughter Duo Twins In Blue)

Suhana had begun her powerful note with "There's a lot going on right now and this is one of the issues we need to fix!! This isn't just about me, it's about every young girl/boy who has grown up feeling inferior for absolutely no reason. Here are just a few of the comments made about my appearance. I've been told I'm ugly because of my skin tone, by full grown men and women, since I was 12 years old. Other than the fact that these are actual adults, what's sad is that we are all Indian, which automatically makes us brown - yes we come in different shades but no matter how much you try to distance yourself from the melanin, you just can't. Hating on your own people just means that you are painfully insecure. I'm sorry if social media, Indian matchmaking or even your own families have convinced you, that if you're not 5 "7 and fair you're not beautiful. I hope it helps to know that I'm 5 "3 and brown and I am extremely happy about it and you should be too. #endcolourism."

While on one side Suhana's post had garnered a lot of support for her, there was a whole other section of netizens who had labelled her as a hypocrite. Since her father, superstar, Shah Rukh Khan promotes a fairness cream. A major section of Twitterati had trolled her saying that 'charity starts at home' and that 'practice what you preach'. Check out some of the tweets below. (Don't Miss: Prince Narula Shares A Picture With Wifey, Yuvika Chaudhary From The Hospital As They Fight Dengue) 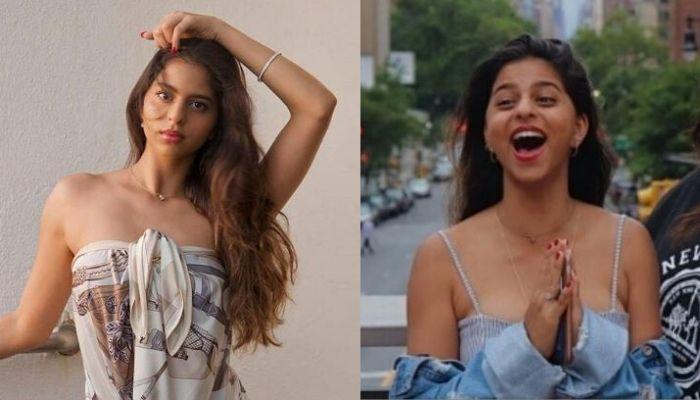 Bollywood’s ‘King of Romance’, Shah Rukh Khan and Gauri Khan had welcomed their little princess, Suhana Khan on May 22, 2000. The beautiful girl has been ruling with her infectious smile and incredibly good looks and we can’t wait for Suhana to start her journey in the Bollywood industry. The