Esha Deol Twins With Dharmendra In White As They Happily Pose For Camera, Give Father-Daughter Goals

Esha Deol Twins With Dharmendra In White As They Happily Pose For Camera, Give Father-Daughter Goals

Dressed in a classic white shirt with grey spaghetti and black lowers, Esha Deol twins with father, Dharmendra, who looked dapper in a white shirt and blue pants. 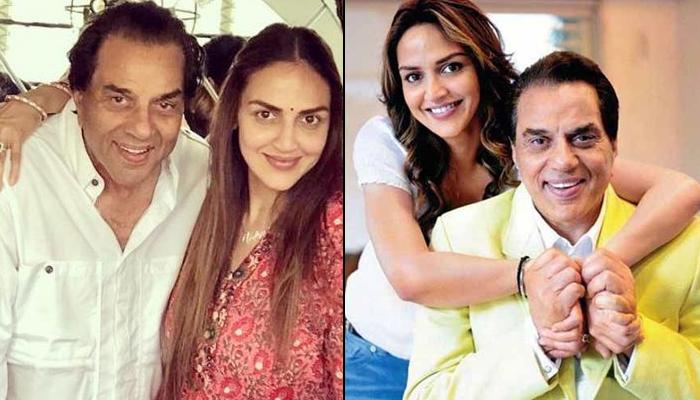 Somehow they knew about our every scream in the pillow and they kept a count of every tear shed from our eyes. As soon as we hear the sound of the car engine, we would run towards to gate and welcome them with a tight hug, even before they ring the doorbell. We call them fathers! From telling us stories about scaring away the monsters at night to trying to make the world a safe place for his little girl and believing in her power to fly, fathers are always our safety pillow and are never too far for their not-so-little-anymore girl to reach out to him. We bet Hema Malini and Dharmendra’s daughter, Esha Deol would vouch for the same! (Also Read: Arpita Khan Sharma And Aayush Sharma Are Expecting Second Child, Salman Khan To Become 'Mamu' Again)

Remember when Esha Deol was expecting her second child and her daddy, Dharmendra had a unique way to pamper his daughter? When a girl conceives, the super-excited to-be grandparents, maternal as well as paternal, are happy to pamper the to-be mommy with all the care, love and attention she seeks. And Dharmendra had pampered his daughter by sending her fresh and pure hand-picked vegetables from their farm. Sharing the same, Esha had written, “Getting to eat the purest freshest vegetables hand picked by my father straight from our farm is simply a blessing to have #gratitude #perksofpregnancy #myfathermyhero #myfather #thefarmer #jat #natural #healthyliving #healthyfood #vegitarian #growyourownveggies #blessed.”

A few hours ago, Esha Deol took to her Instagram and posted a twinning picture with her papa, Dharmendra. Dressed in a classic white shirt with grey spaghetti and black lowers, Esha twinned with Dharmendra, who looked dapper in a white shirt and blue pants. Esha captioned the post as, “A daughter may outgrown her fathers lap ... but she’ll never outgrow his heart #twiningwithdad #fatherdaughter #favoritefriday #superdad #myhero @aapkadharam”. (Also Read: Raj Kundra Once Again Gives Major 'Hubby Goals' As He Pens Love-Note For Wife, Shilpa Shetty Kundra) 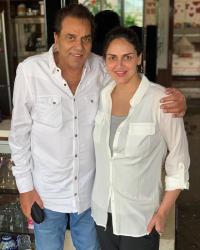 In a throwback interview, Esha Deol had revealed how she had told her parents, Hema Malini and Dharmendra about the love of her life, Bharat Takhtani. Reminiscing the incident of how she introduced Bharat to mommy, Hema, she had said, “I called out to her and said, ‘Mama, come up! I’ve something to show you’. Mom came up to my floor, casually playing with the dogs, unaware of what was in store. Then I introduced her to Bharat. Both being Librans, hit it off instantly!” 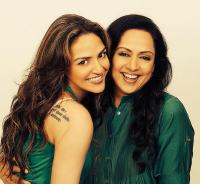 And after introducing Bharat to mommy, Hema, it was daddy Dharmendra’s turn, and Esha had let them alone for an hour. Recalling his first meeting with Dharmendra, Bharat had revealed, “Dharamji’s seen life. He listed a few things and asked whether I’d be able to fulfill those. I’ve turned more responsible after that meeting. I’ve already fulfilled half of the things from that list.” 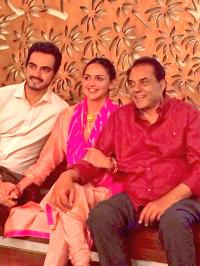 Revealing how Esha Deol always used to say that she is their son, Hema Malini had shared in an interview, “You know, this is exactly why I've never felt any need for friends. My family is my friend. My brothers and their wives take care of everything. Now I've two sons to complete my family. People always reminded me that I've no sons, only two daughters. But I want to tell them that now I've two sons. Both my sons-in-law are as good as my own sons. In any case, my daughters are like my sons as well as daughters. Esha always says she is my son.”

Hema Malini and Dharmendra were over the moon with happiness when their daughter, Esha Deol found the ‘man’ of her dreams. The Dream Girl had stated, “He (Bharat) is a lovely boy and we all like him. It is a very happy moment not only for her (Esha), but for the entire family." (Also Read: R Madhavan Gets A Wedding Proposal By An 18-Year-Old Girl, But It Is His Reply That Won Our Hearts) 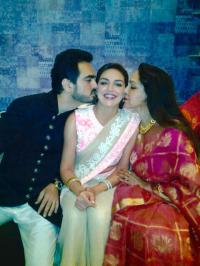