Esha Deol Twins In Black With Hubby, Bharat Takhtani On His Birthday, Shares A Glimpse From The Bash

Esha Deol Twins In Black With Hubby, Bharat Takhtani On His Birthday, Shares A Glimpse From The Bash

On October 12, 2019, Bharat Takhtani turned a year older and his doting wife, Esha Deol took to her Instagram to share a glimpse of his birthday celebrations. 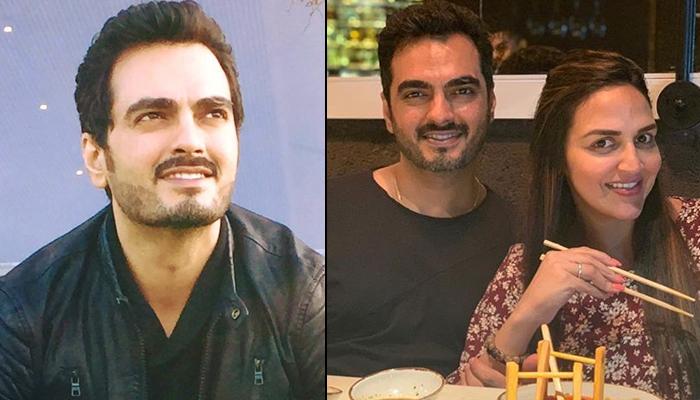 Being from different schools, Esha Deol and Bharat Takhtani would often cross paths during inter-school competitions and at the age of 13 only, the latter had lost his heart to the eldest daughter of the Deol family. From love at first sight, Bharat’s affection soon deepened for Esha, but he had no idea who she was. Esha considered him only as his ‘friend’ until 10 years later, when in a chance meeting at Niagara Falls, they had reignited their friendship and little did they know that the day will come soon when they will be greeted as ‘mister’ and ‘missus’. (Also Read: Karan Singh Grover Reveals How Bipasha Basu And Family Helped And Supported Him Get Over Depression)

Earlier in school when Bharat Takhtani had playfully decided to hold Esha Deol’s hands, she had gotten offended and had said, “How dare you hold my hand?” So, years later, when Bharat realised that Esha has developed a fondness for him, he had asked her, “Now can I hold your hand?” To which, she had then given a nod and to his delight, she had added that he can hold it forever. The moment finally came in Bharat’s life that he has been waiting for since he was 13 and in February 2012, Esha and Bharat had exchanged rings at her mother, Hema Malini’s house. On June 29, 2012, Esha and Bharat became each other’s forever and to complete their ‘happily ever after’, God blessed them with two little angels, Radhya Takhtani (October 20, 2017) and Miraya Takhtani (June 10, 2019). 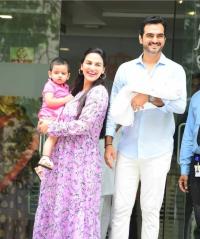 On October 12, 2019, Bharat Takhtani turned a year older and his doting wife, Esha Deol took to her Instagram to share a glimpse of his birthday celebrations. Twinning in black, Esha could be seen feeding the birthday boy with a piece of the cake and wrote, “Happy birthday. Love you! @bharattakhtani3” atop it. Esha also posted a dapper picture of her husband on Instagram and wished him with a simple caption which could be read as “Happy birthday I love u! @bharattakhtani3.” 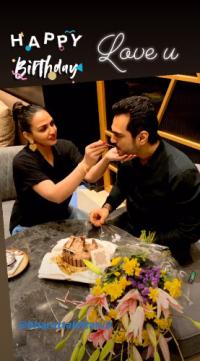 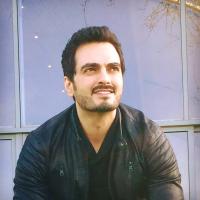 Esha Deol and Bharat Takhtani had embraced parenthood for the second time on June 10, 2019, and despite two kids in the house, they are making sure to spend some ‘us’ time with each other. Post-baby, the luxury of ‘us’ time tends to disappear in the delivery room, it is important for a couple to take out time for themselves. On August 30, 2019, Esha and Bharat had decided to do the same and had taken out time for themselves by heading out for a dinner date. Dressed in a black floral dress, Esha had looked stunning in her open tresses, black heels and a sling bag to go with it. Twinning with his wife in black, Bharat had looked dapper in his monochrome shirt and pants. (Also Read: Shoaib Ibrahim Reminisces Pre-Wedding Photoshoot With Dipika Kakar, Makes Us Sing 'Tujhe Dekha Toh')

Coming back to Esha Deol and Bharat Takhtani’s love chronicle, as we have already mentioned, they had known each other since childhood. Elaborating on the same, Bharat had once revealed, "I studied in Learner’s Academy in Bandra and she in Jamnabai Narsee School in Juhu. We often met at inter-school art competitions. I developed a huge crush on her. There was a certain freshness and cuteness about her. We began seeing each other." 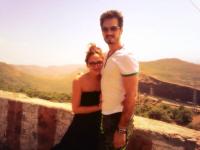 About their long gap, Esha Deol had stated, “There was a time when Bharat came back into my life after a long gap. It was a long nice gap where movies happened and then he came back at the right time. So, settling down, being someone's daughter-in-law, someone's wife and all of that, so, I am the kind of person who wants to give her 100 per cent into a relationship to make it work. But Bharat and my-in-laws have always been supportive of my work." 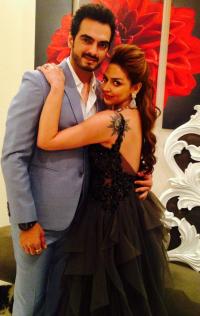 Esha Deol had always wanted a love marriage instead of an arranged affair, but not without her parent’s approval. She was once quoted as saying, “If you find someone with whom you’d be able to spend the rest of your life, someone whose face you wish to see before going to sleep and on waking up, then it’s beautiful. I can’t understand the arranged marriage concept; I had to fall in love to get married.” (Also Read: Jaya Bachchan's Reaction When Amitabh Bachchan Was Declared 'Clinically Dead' After Coolie Accident) 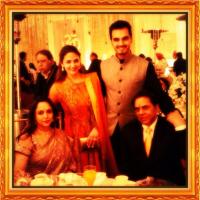 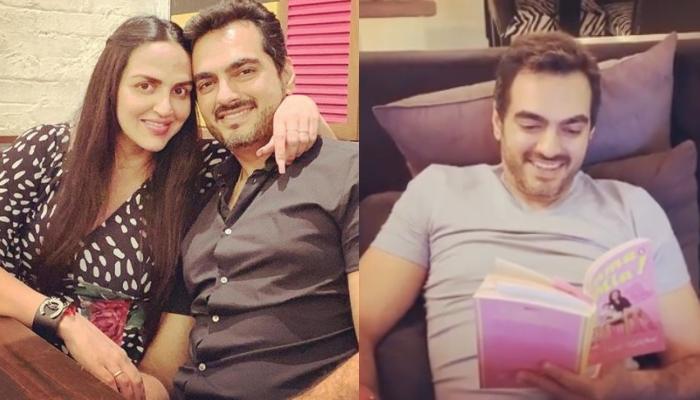