Shoaib Ibrahim took a trip down the memory lane and posted a picture from his sarso ke khet wala pre-wedding shoot with now-wife, Dipika Kakar Ibrahim. His caption is all hearts! They say life is all about moments and memories. And the most magical memories one has is from his/her wedding day! A day that spells magic and love is beautifully captured by the photographers for the bride and groom to reminisce it later in their journey of ‘happily ever after’. After all, what is nostalgia without photographs? Nowadays a wedding is incomplete without a pre-wedding shoot which is now more about candid poses and is enhanced by different themes. A perfect example to a filmy pre-wedding shoot is of TV celeb couple, Dipika Kakar and Shoaib Ibrahim! (Also Read: Karan Singh Grover Reveals How Bipasha Basu And Family Helped And Supported Him Get Over Depression)

It was on February 22, 2018, when Dipika Kakar and Shoaib Ibrahim had said Qubool Hai in a nikaah ceremony after months of speculations about their wedding. Dipika had looked mesmerising in a pink sharara which she had accessorised it with kundan jewellery and paasa. Complementing her to the best was her groom, who had looked dapper in a light pink embellished sherwani. Just like a quintessential Muslim bride, Dipika had looked ethereal in her bridal look which was enhanced by her kalire. Just one glance at this 'filmy at heart' and 'romantic by soul' couple and your heart will blurt out a big 'aww'! 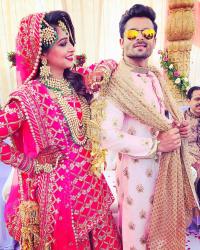 Be it taking ‘unofficial wedding vows’ after taking the saat vachans during their saat phere, Raj-Simran type sarso ke khet wala romance, thoda pyaar thoda taqraar while doing some Dil Diyan Gallan or Shoaib Ibrahim singing Joru Ka Ghulam for his wife, Dipika Kakar, their real-yet-filmy romance had redefined #CoupleGoals. Looks like Shoaib has taken a trip down the memory lane and is reminiscing beautiful moments from his wedding with Dipika. Shoaib posted a picture from their sarso ke khet wala pre-wedding shoot and wrote, “Life is not measured by the number of breaths we take, but by the moments that takes our breath away. #majorthrowback #throwbackthursday.” To which his wife, Dipika commented with an array of heart emojis. 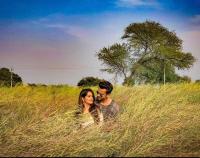 A few days before the wedding, Shoaib Ibrahim had shared a glimpse of their Dilwale Dulhaniya Le Jayenge style pre-wedding photoshoot. The then to-be bride and groom, Shoaib and Dipika could be seen recreating Raj and Simran’s khet wala romance on the iconic song, Tujhe Dekha Toh. He had captioned his post as “@ms.dipika Lets fall in love... all over again.. #dodilmilrahehain #shoaika.”

A month after their wedding (March 2018), Shoaib Ibrahim had shared interesting details about their marriage in an interview with the Hindustan Times. When asked about how much life has changed for him, Shoaib had stated, “Dipika and I have known each other for a long time for anything to change much. It’s just the formality and tagging the relationship with the marriage brand that has changed. But yeah, I feel we both have become more caring towards each other and there’s more love [now]. Also, the fact that we live together now and come back home to each other is a beautiful feeling.” (Also Read: Jaya Bachchan's Reaction When Amitabh Bachchan Was Declared 'Clinically Dead' After Coolie Accident)

Shoaib Ibrahim and Dipika Kakar Ibrahim had a light-hearted conversation with The Indian Express where they had talked at length about their relationship. When they were asked as to what they love, hate and tolerate about each other, Dipika had replied, “I love about him is the way he carries his relationships be it with his family, with his friends, you know. He just takes them together and walks ahead. So, that is what I love about him”. Adding further, Dipika Kakar Ibrahim had said, “What I hate about him is not something that I would like to discuss about openly. And what I tolerate about him is his phone. Kabhi mujhe mauka mile na to main ise dustbin mein daal ke aa jaungi. I tolerate this about him definitely”. 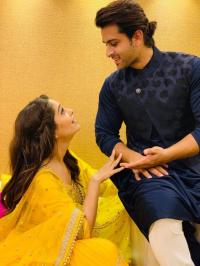 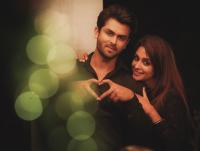 February 22, 2019, marked as the first wedding anniversary of television’s super-filmy couple, Dipika Kakar Ibrahim and Shoaib Ibrahim. Achieving the first milestone in their married life, Shoaib and Dipika completed one year as husband and wife. Shoaib’s sister, Saba had shared some glimpses of the celebrations, and among those, our favourite was the video in which ghulam, Shoaib had danced for his joru, Dipika. Saba had captioned it, "The song says it all #proudofyoubhai @shoaib2087 @ms.dipika #mashaAllah." (Also Read: Amrita Singh Puts 'Kaala Teeka' On Sara Ali Khan As She Goofily Poses With Brother, Ibrahim Ali Khan)

We are totally in awe of Shoaib Ibrahim and Dipika Kakar’s Raj-Simran avatar on their pre-wedding photoshoot! 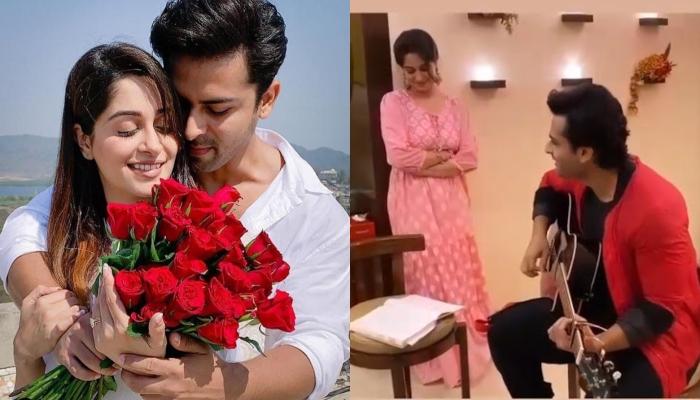 Contrary to popular opinion, girls don't really wait for a 'knight in shining armour' who'd come and save them from misery, because girls are no more 'damsels in distress'! So, what do girls want? Well, a loving partner who understands how to make them feel special and does little things