Hema Malini and Dharmendra Deol’s daughter, Esha Deol is missing the old times and shares a ‘wild and free’ picture with her husband, Bharat Takhtani. Check out the picture inside! 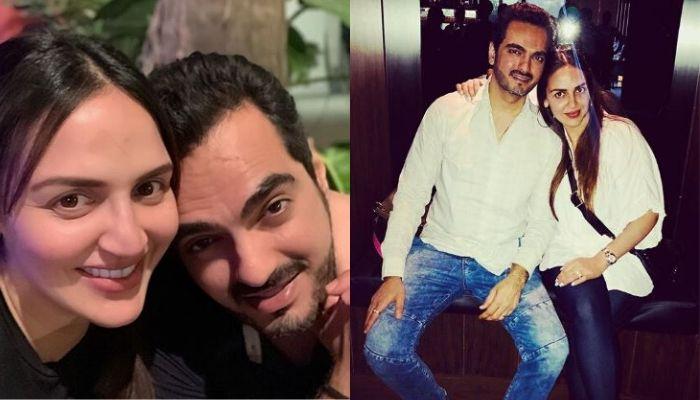 The Coronavirus pandemic has put every life in danger, while the imposed lockdown is working as a life jacket. The more we stay at home and take precautions, the more are the chances of our survival. Bollywood celebrities are trying their best to keep their fans entertained despite the lockdown, but once in a while, the sadness hits them too and they too start to miss stepping out and going on vacations. Just like us, often the celebrities too resort to their old happy pictures to remember how good times used to look like. Amongst all, Hema Malini and Dharmendra Deol’s daughter, Esha Deol is also missing the old times and shares a ‘wild and free’ picture with her husband, Bharat Takhtani. (Also Read: Sonam Kapoor Pens An Appreciation Post For The Best Husband, Anand Ahuja, Says She Is Grateful)

Esha Deol comes from a filmy lineage. Esha had made her Bollywood debut, following the footsteps of her star parents, in 2002 with the film, Koi Mere Dil Se Poochhe. But she had risen to fame in 2004 with Dhoom. The actress had met Bharat at the tender age of 13 and Bharat had lost his heart to Esha. After all the ups and down, Bharat had finally gotten to walk down the aisle with his childhood love Esha on June 29, 2012. The couple had their first baby girl named Radhya on October 20, 2017. On June 10, 2019, Esha Deol and Bharat Takhtani had announced the arrival of their second baby girl, named Miraya. The couple is living their happily ever- after with their two cute dolls. 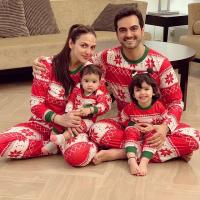 On May 15, 2020, Esha Deol took to her Instagram to share a ‘wild and free’ picture with her husband, Bharat from the times when people could live their life on their own terms and could step out whenever they wanted. In the flashback Friday picture, Esha can be seen resting her head on the chest of her husband, Bharat as he smilingly holds her hand. The couple stands in front of a vintage car as they pose for the shutter bucks. Along with the picture, Esha wrote, “#flashbackfriday to the time when we were #wildandfree #stayhomestaysafe for now @bharattakhtani3.” Take a look at the cute picture below: As the lockdown has shut people inside their house, personal grooming has gone for a toss. On April 15, 2020, Esha Deol had decided to turn barber for her darling husband. The actress had shared a video of her husband flaunting the hair cut done by her with a smile, along with a picture depicting how she had chopped off her husband’s hair. Along with it, the actress had written, “I gave my husband a #crewcut #haircut at home ! Using #wahlclippers go to the second image for tips go for it ladies... (#husbands make sure u keep ur woman in the best of moods while u give her this golden opportunity to chop ur hair)! #haircutchallenge #igavemyhusbandahaircut @bharattakhtani3 #stayhome #staysafe."

Talking about Ekta and Bharat’s love story, in an interview with the Mumbai Mirror, Esha had revealed, "I was in Jamnabai Narsee School, Bharat was studying at Learner's Academy in Bandra. That was one school which had good looking boys in Bandra. We met at the inter-school competition called Cascade which was hosted by my school. I wrote my phone number on a piece of tissue and gave it to him. I had braces back then. I always say he truly loved me with braces on. He found me cute." (Recommended Read: Neeru Bajwa Shares Her Labour Room Story, Partying In Hospital One Week After Her Water Broke) 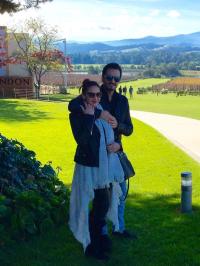 Esha had further added, "We had one phone which was in my mother's room and had no extension. It used to be very difficult to talk back then. In that age, it was infatuation and innocence. That was beautiful. Of course, in college we were in touch and then my work life started at the age of 18. It kind of fizzled out but I am happy that we got back and he is my life partner." (Don't Miss: Sumeet Vyas Reveals The Junior Vyas-Kaul Can Arrive Anytime Now, Says Wife, Ekta Is Prepared) 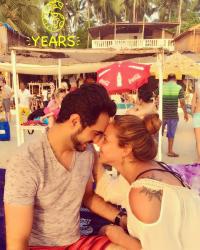 Are you also looking at your old pictures and missing your vacations? Where do you plan to go after the lockdown? Let us know!