A few moments ago, Esha Deol shared a twinning picture with her sister, Ahana Deol, from their shoot.

Everyone's favourite Bollywood actor of the 80s, Dharmendra ji had tied the knot with the 'Dream Girl' of Bollywood, Hema Malini on August 21, 1979. Dharam ji and Hema ji were blessed with a baby girl on November 2, 1981, and had named her, Esha Deol. In the year, 1985, the couple had welcomed their second daughter, Ahana Deol. The two sisters share an uncanny resemblance, and their latest picture proves the same.

Some time ago, we had found a picture of Esha Deol and Ahana Deol with their parents, Hema Malini and Dharmendra ji from their childhood days. In the family photo, Dharam ji and Hema ji could be seen sitting on chairs, twinning in the shades of blue. Esha was sitting on Dharam ji’s lap, wearing a red top and black skirt with a single stone neckpiece. On the other hand, Ahana was sitting on Hema ji’s lap wearing a white shirt and checkered tunic dress. 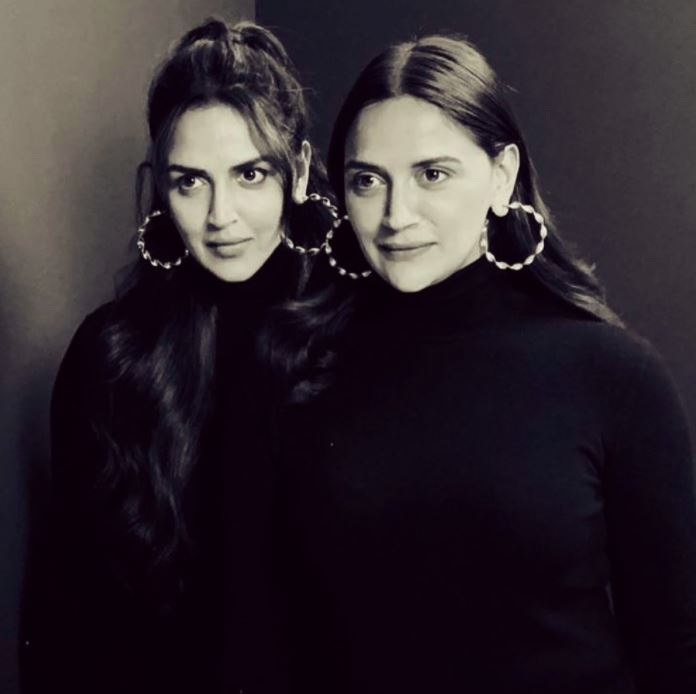 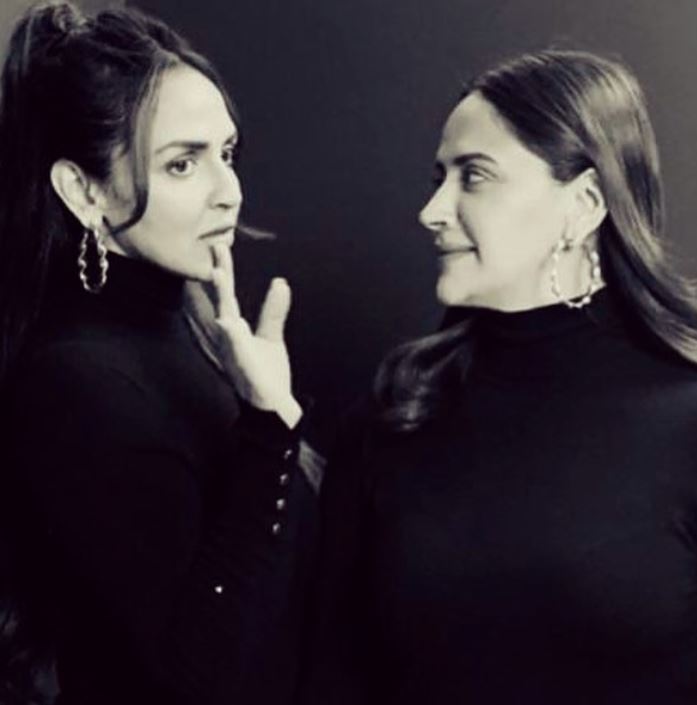 On October 24, 2020, Esha Deol had taken to her Instagram handle and shared a beautiful picture from one of her classical dance performances with her sister, Ahana Deol and their mother, Hema Malini. Along with the photo, Esha had penned a sweet note in the caption, and it could be read as "#happyashtami being an Indian classical dancer too I must say depicting the various forms of the divine mother goddess be it Durga, Lakshmi, kali or Sarasvati Maa is a beautiful feeling filled with divine grace & blessings as we perform on stage. I truly feel humbled. This is a throwback of our dance performance in Kolkata during Durga Pooja can't wait to get back on stage with @dreamgirlhemamalini @a_tribe #awesometrio #gratitude." 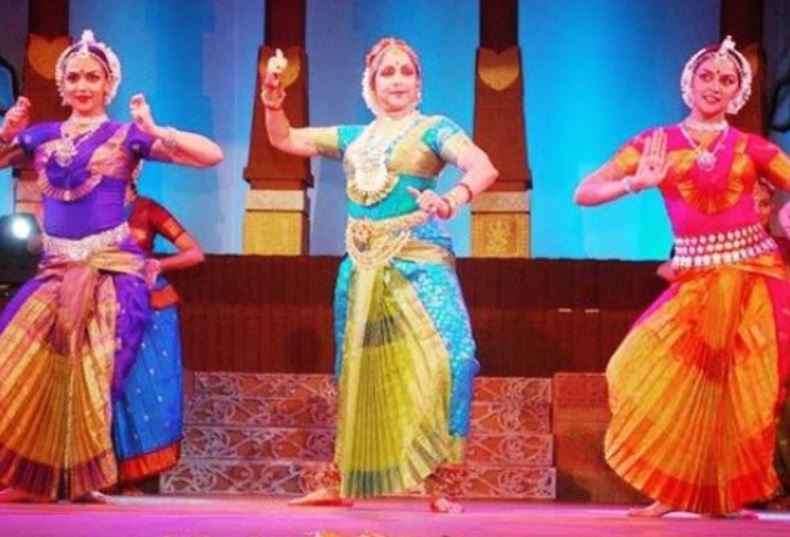 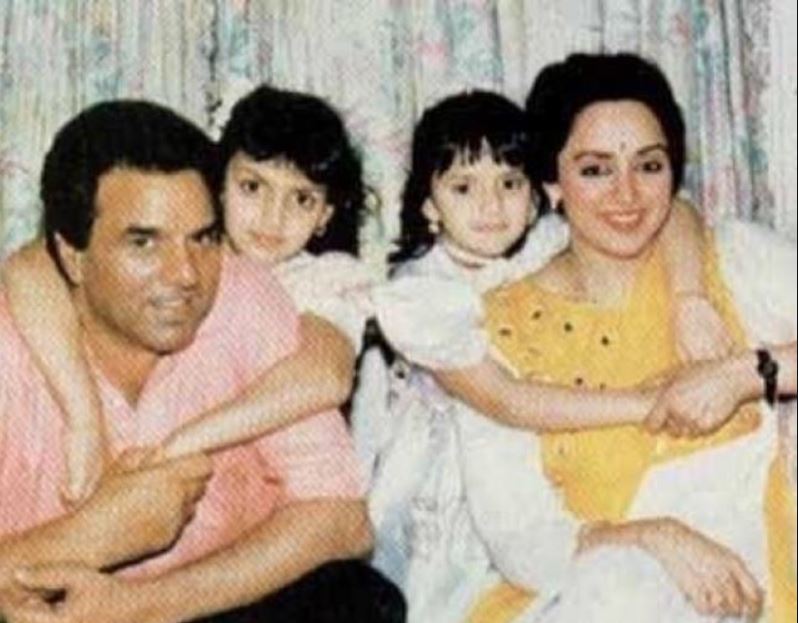 Hema Malini and her daughters, Esha Deol Takhtani and Ahana Deol Vohra have been performing on-stage for years. For the first time ever, the mother-daughters trio had collaborated to sing a devotional song. They had sung a song, which includes Pranamya Shirasa Devam and Vakratunda Mahakaya (stotras dedicated to Lord Ganpati) for Times Music's devotional album, Raja Ganpati. Announcing the news, Esha had taken to her IG stories and had posted a screenshot of a news headline. Esha had written, “& now I have sung a song” atop it. 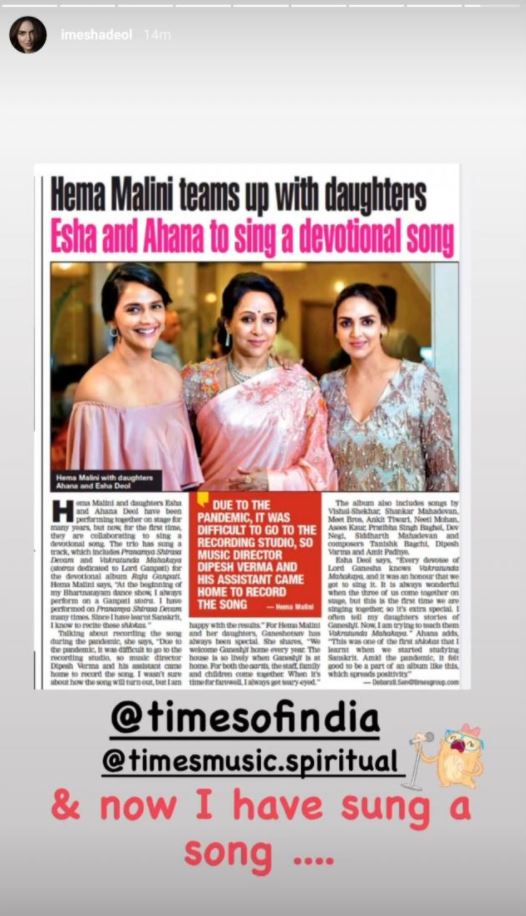 In an interview with The Quint, Hema Malini had expressed how performing Parampara (during Ganesh Chaurthi) with her daughters, Esha Deol Takhtani and Ahana Deol Vohra was a beautiful moment for them. She had remarked, “Dance for me is devotion, meditation and also tradition. I perform Parampara with my daughters Esha and Aahana Deol and that is the most beautiful moment for all of us because it is carrying forward a tradition. My daughters understand that art has to be pursued and nourished. The fulfillment I experience after a dance show cannot be compared to the experience of a film.”