Veteran actors, Hema Malini and Dharmendra’s daughter, Esha Deol, got married to the love of her life, Bharat Takhtani, on June 29, 2012. In October 2017, Esha and Bharat had embraced parenthood for the first time and had welcomed an angel, whom they have named Radhya. In June 2019, Esha and Bharat became parents for the second time with the birth of their daughter, Miraya.

After the birth of her firstborn, Radhya, Esha Deol had made her come back with a short film, Cakewalk, in 2019. During her second pregnancy, Esha had written a book on her experiences of motherhood. Though the actress is quite active on social media, she rarely posts pictures of her daughters, unlike other celeb parents.

Also Read: Mouni Roy And Suraj Nambiar Smear Colours On Each Other As They Celebrate First Holi Post-Wedding 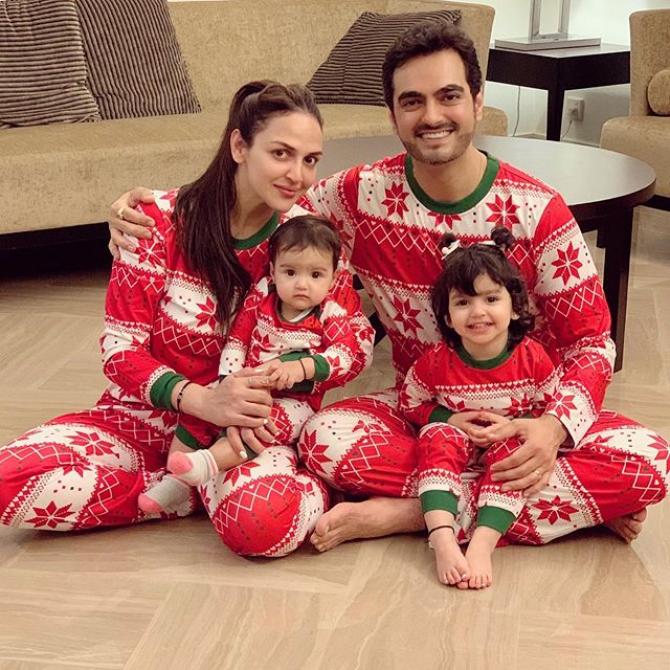 As the entire nation is celebrating Holi, Esha Deol treated her fans with glimpses from her Holi celebration. The beautiful actress took to her IG handle and posted pictures in which we can see her daughters, Radhya and Miraya applying colours on her. Esha was also seen smearing colours on hubby, Bharat and the two pointing water guns on each other. Along with the pictures, she wrote:

"Happy Holi from our family to yours." 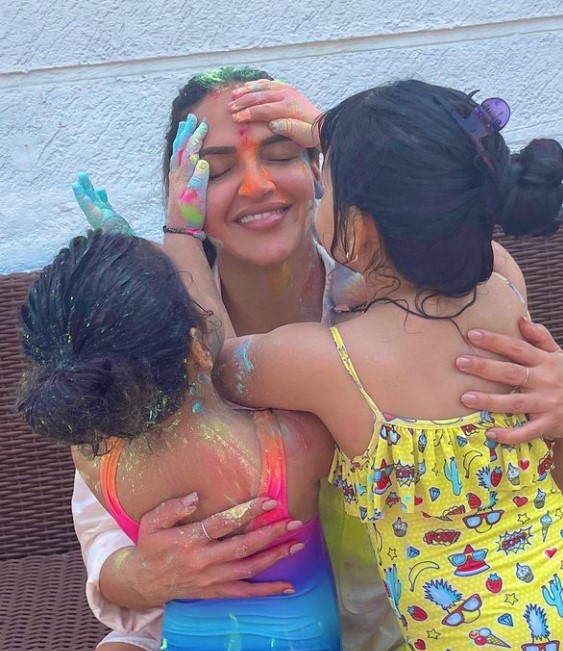 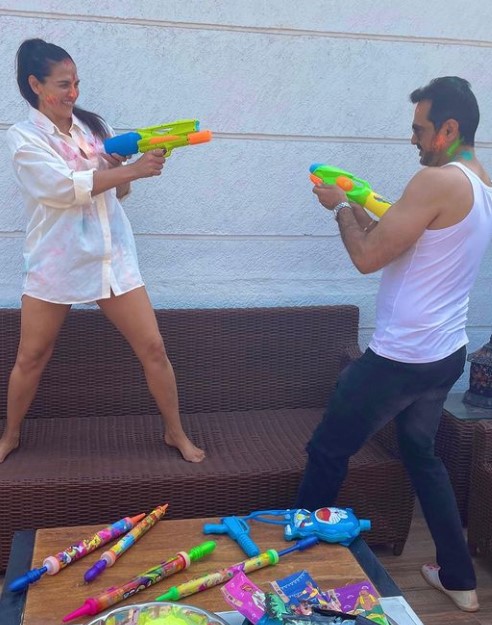 In 2020, Esha had taken to her Instagram handle and had shared a picture from her Holi bash. In the picture, we could see the gorgeous mommy of two playing Holi with her daughter, Radhya. The happy picture was captioned as:

"#happyholi from our family to yours." In an interview with Mumbai Mirror, Esha had revealed the meaning of her daughters, Radhya and Miraya's names. Taking about the same, Esha had said:

"When Lord Krishna worships Radha, it's called Radhya, while Miraya means a devotee of Lord Krishna. Both the girls have that in common and I love how Radhya and Miraya sound together." In an interview with ETimes, Esha Deol had revealed why she prefers to keep her daughter, Radhya and Miraya, out of the limelight. Talking about the pap culture, Esha had said:

"Today, I think it is the culture that we have picked up. The paparazzi are just doing their job; they have always given a lot of respect to my family and me. If I am ever not comfortable being photographed, they don’t click me. I share a lovely understanding with them. My kids are for my husband, family, and me, and I prefer to keep them private; it is me who is a public figure. I want my kids to have a normal childhood too." 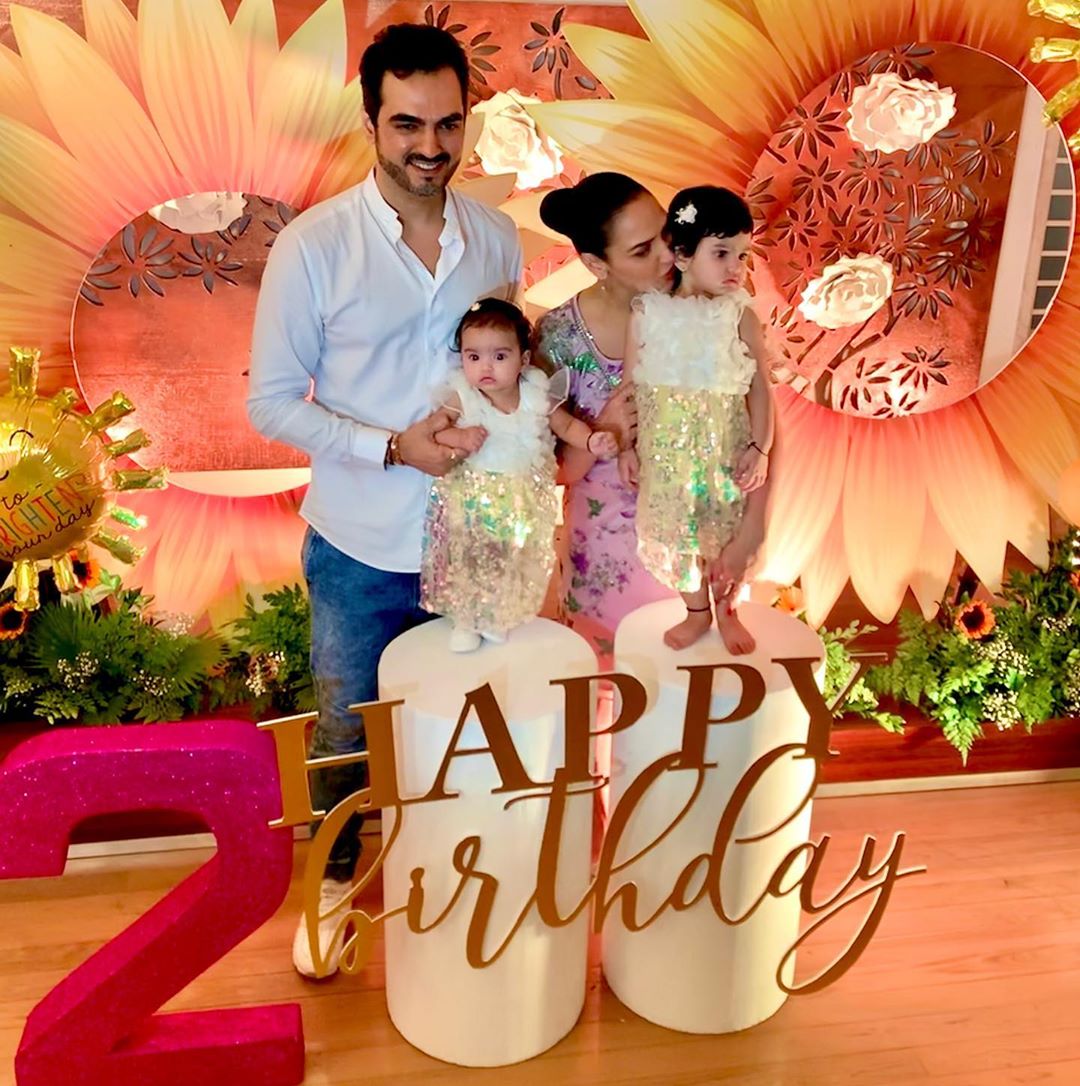 Here's wishing a very happy Holi to Esha and her family!