Katrina Kaif And Vicky Kaushal Gets Trolled For Their Recent Outing, Netizen Says, 'Trying Too Hard'

Katrina Kaif and Vicky Kaushal made a stunning appearance at Apoorva Mehta's birthday bash. However, a section of netizens trolled them mercilessly by calling them a 'mismatched jodi'.

December 2021 had marked the union of one of the most loved couples of Bollywood, Katrina Kaif and Vicky Kaushal. The lovely couple had made their fans happy when the two had tied the knot on December 9, 2021, at Six Senses Fort Barwara, in Sawai Madhopur, Rajasthan. And since their wedding, the two never miss an opportunity to treat their fans with glimpses from their happy married life.

To mark their one-month anniversary, Vicky had taken to his Instagram handle and had posted an unseen picture from their sangeet ceremony. We could see the couple dancing their heart out on the dance floor in the photo. Katrina had donned a pink-coloured lehenga and had accentuated her look with a choker, a nath and a maang teeka. On the other hand, Vicky had donned a blue-hued kurta. Alongside it, Vicky had written: 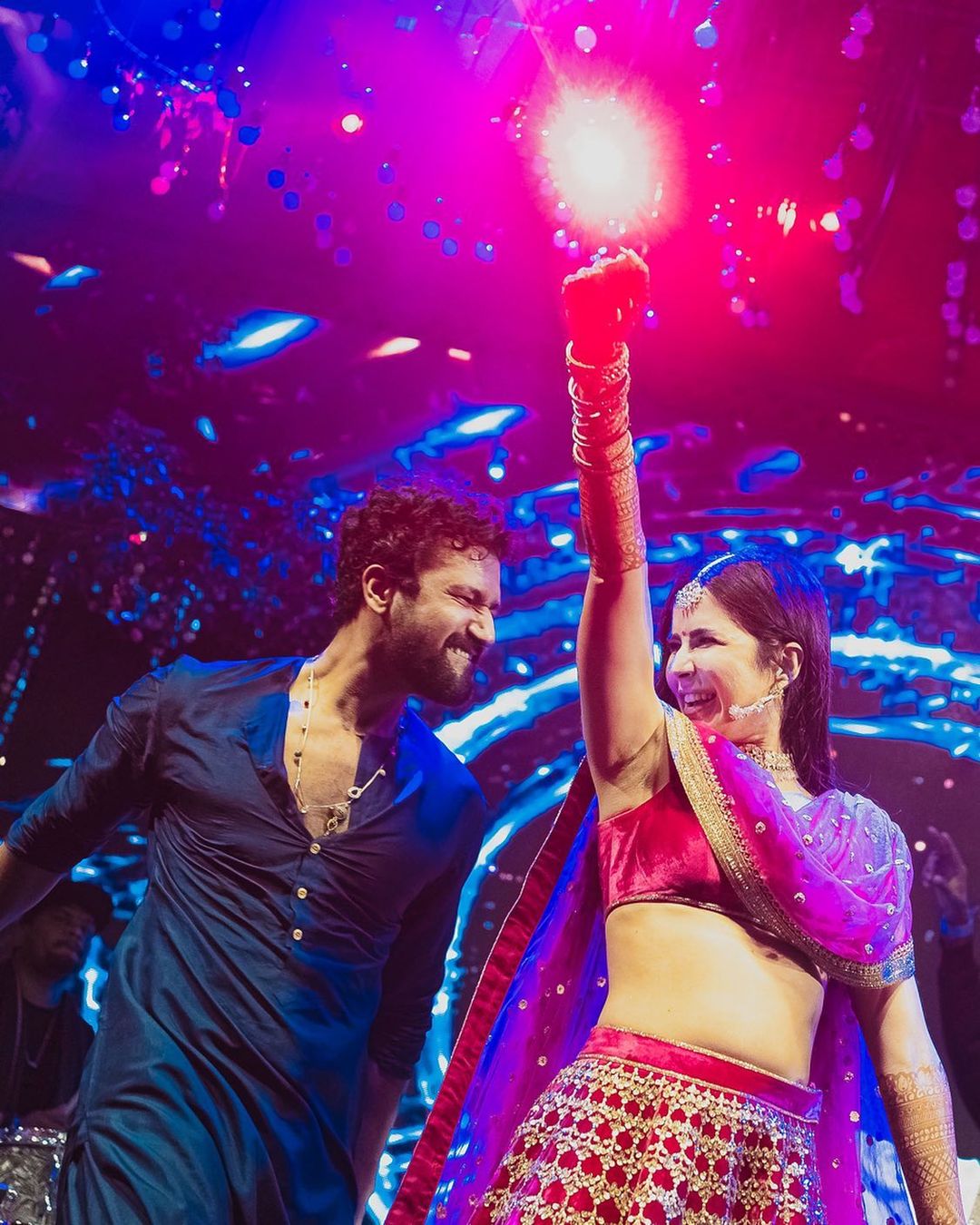 On March 18, 2022, Karan Johar hosted a grand birthday party for Dharma Productions CEO, Apoorva Mehta. The celebration was a star-studded affair with the presence of celebs like Gauri Khan, Madhuri Dixit, Anil Kapoor, Ishaan Khatter, Shanaya Kapoor, and many others. However, the one couple who stole the show was Katrina Kaif and Vicky Kaushal, as they walked hand-in-hand for the bash. 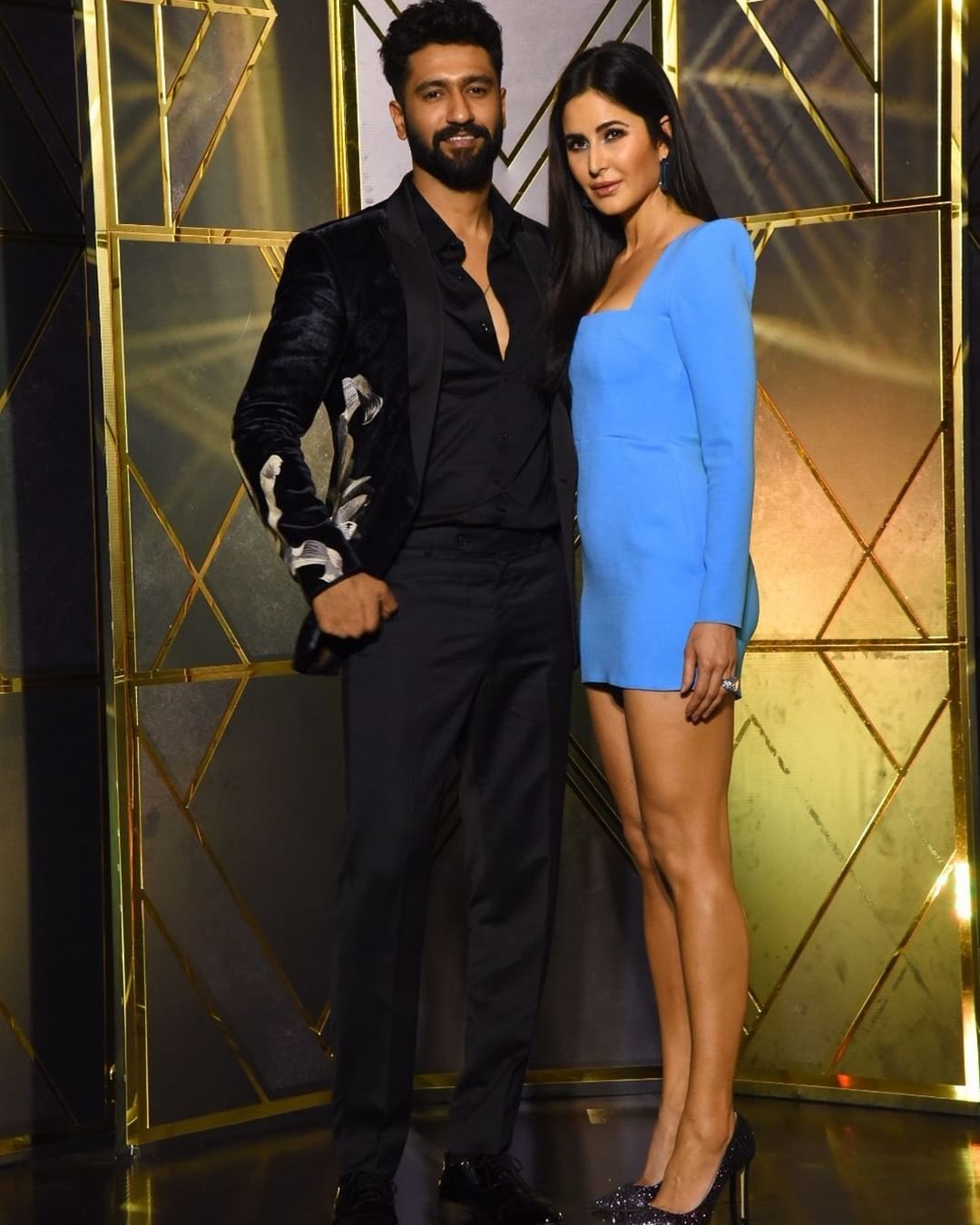 The lovely couple looked stunning as Katrina donned a blue-coloured mini dress with shimmery black pointy heels. On the other hand, her hubby, Vicky Kaushal perfectly complemented her in a black tuxedo. However, a section of netizens trolled the couple mercilessly as they thought that the two were trying too hard to look perfect. A user commented, "0 chemistry… Trying too hard", while another wrote, "unmatched couple."

A few days back, Katrina had made her fans happy as she had shared adorable selfies with her hubby, Vicky Kaushal. Taking to her IG stories, Katrina had posted two selfies with Vicky, where in the first picture, the actress had mentioned that she was sleepy with a 'Sorry I am Sleepy' sticker. In the second selfie, the duo was seen smiling for the camera. In the pictures, Katrina was seen resting her face on Vicky's shoulder and the two had looked head-over-heels in love.

Recommended Read: Mouni Roy And Suraj Nambiar Smear Colours On Each Other As They Celebrate First Holi Post-Wedding 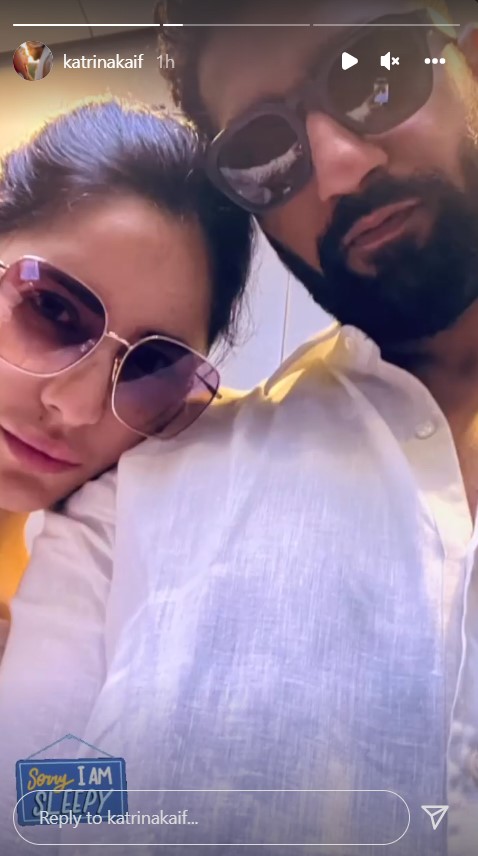 On March 8, 2022, the entire world had celebrated Women's Day and Vicky Kaushal had grabbed the opportunity to shower love on the leading ladies of his life. He had posted a picture of Katrina sitting on her mother-in-law's lap. She had looked adorable donning a red printed suit, while her saasu-maa had hugged her cutely. Alongside it, he had written:

"My strength. My world." On the work front, Katrina Kaif will be next seen in the film, Tiger 3, and Vicky Kaushal is busy shooting for his upcoming film, Luka Chuppi 2. 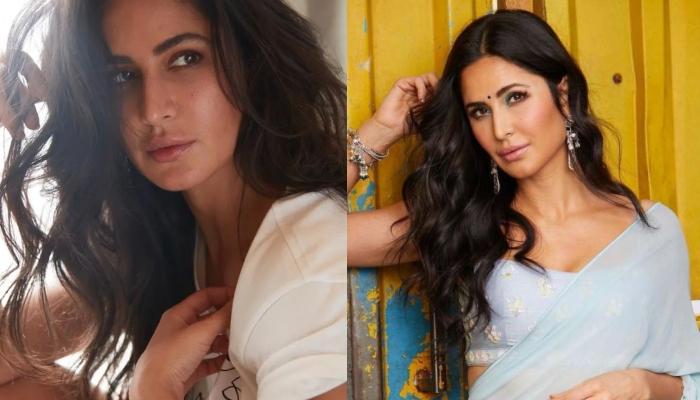 Katrina Kaif has been garnering a lot of limelight lately. Firstly, because of her wedding rumours with her groom-to-be, Vicky Kaushal, and their destination wedding preparations. Secondly, her upcoming movie, Sooryavanshi, starring Rohit Shetty and Akshay Kumar, is going to hit the theatres on November 5, 2021, and she is