Erica Jennifer Fernandes has thrown light on her relationship with her 'Kasautii Zindagii Kay 2' co-star, Parth Samthaan, if their dating rumours bother her and how it affects their bond. Find out! 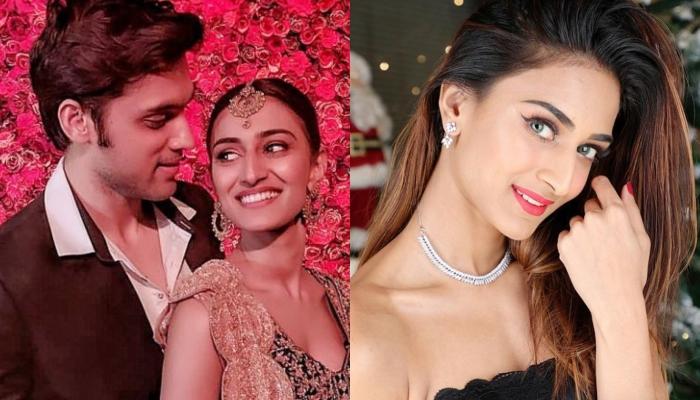 It’s common to see two people spending so much time with each other at their workplace that they end up dating each other. While some relationships blossom into marriage and a ‘happily ever after’, some don’t stand the test of time and end with a breakup. But when we talk about the glamour industry, no matter what relationship co-stars share, rumour mills churn their dating/breakup speculations every now and then. Dr Sonakshi Bose and Prerna Sharma a.k.a., Erica Jennifer Fernandes’ story is no different. (Also Read: Puja Banerjee Opens Up On Marrying Kunal Verma Amidst The Pandemic And Post-Marriage Changes)

As Erica Jennifer Fernandes had stepped the ladder of success with her debut with the Sony TV show, Kuch Rang Pyar Ke Aise Bhi, the speculations about her personal life made it to the headlines. Earlier, Erica was speculated to be dating her Kuch Rang Pyar Ke Aise Bhi co-star, Shaheer Sheikh and later, conjectures were rife that she was in a relationship with her Kasautii Zindagii Kay 2 co-star, Parth Samthaan. However, Erica had, time and again, refuted all such rumours pertaining to her personal life.

But the rumours just don’t seem to fade away. Now once again, Erica Jennifer Fernandes has thrown light on her relationship with her Kasautii Zindagii Kay 2 co-star, Parth Samthaan, if their dating rumours bother her and how it affects their bond. In an interview with ETimes, Erica said, “No, not with Parth. But see, he has a different life and when link-up rumours happen, it is going to affect our personal lives. But now I think I have made it clear and it is under control.”

It was in January 2020, that conjectures pertaining to Erica Jennifer Fernandes dating Shaheer Sheikh or Parth Samthaan had finally rested when she had shared a glimpse of the someone special in her life. Confirming being in love, Erica had posted a picture wherein she could be seen holding someone’s hand and sported a ring that has her name’s initial carved on it. Clarifying that she’s not engaged, Erica had written, “When I’m with you, i act different , in a good way ofcourse. I always smile more, i always laugh more With you i can drop the fake smile (if any) and put on a real one. I don’t feel hurt or alone when I’m with you instead i feel safe and loved You’re easy to talk to and you listen to me . I don’t feel sad around you and you show me that you really do care in-fact i can see that you’re not pretending. I really appreciate what you’ve done and continue to do coz with you I’m different I’m happy #us p.s :- if thats what your thinking then Nah not engaged.” (Also Read: Bharti Singh's Husband, Harsh Limbachiyaa Praises His Wife's Cooking Skills Amidst Quarantine)

Soon after in an interview with Pinkvilla, Erica Jennifer Fernandes had revealed why she had posted a picture with only a glimpse of the mystery man in her life and had clarified yet again that she isn’t engaged. Erica had stated, “When I put up the post, I didn't think too much as honestly, this was just a general post about my personal life and space. A lot of people think I am very secretive in certain aspects, but that is not true, as I prefer being more private about my personal life. So today I just thought of opening up a bit more to people so that they can know a little more information about my own space, but again not too much! So, for now, this small sneak peek is more than enough from my side."

Despite maintaining the ‘just friends’ stance, Erica Jennifer Fernandes’ dating speculations with Shaheer Sheikh or Parth Samthaan always make it to the headlines. Sometime back, when the reports of Erica and Parth’s breakup had surfaced in the media, it had made their fans disheartened. It was also reported that Parth and Erica were only maintaining a professional relationship now. But later, to everyone’s delight, a SpotboyE report had informed that despite a stumbling block in their relationship, Parth and Erica had decided to give it a second chance.

As per the report, a source had informed, “Parth has gone back to Erica and apologised for whatever happened between them and they are giving their relationship another try. It is surprising that Erica took him back because she was very adamant with her friends and family, that she will not reunite with Parth. Everyone is wondering how he could manage to convince her for a second chance.” (Also Read: Neha Dhupia's 'Who Is The Most Likely' Challenge With Hubby, Angad Bedi Is Every Married Couple Ever)

We can’t wait to see #AnuPre a.k.a., Erica and Parth back on our television screens with new episodes of KZK 2 post the lockdown!