On September 22, 2019, the gorgeous mommy, Ekta Kaul took to her IG handle to share a cute video with her son, Ved and our hearts melted at the sight of little Ved's cute, chubby cheeks!

Having garnered abundant fame and popularity for shows like Permanent Roommates and Tripling, actor Sumeet Vyas is considered as the Shah Rukh Khan of web series! And his stellar performances had gotten him the big break in Bollywood in Veere Di Wedding, starring opposite Kareena Kapoor Khan. Sumeet Vyas and his beautiful wife, Ekta Kaul had embraced parenthood and had welcomed their 'permanent roommate', a baby boy in their lives on June 3, 2020. Ever since then, the doting newbie parents keep sharing sneak-peeks of the adorable moments of their little munchkin with their fans. (Recommended Read:  Anushka Sharma Congratulates Husband, Virat Kohli For RCB's First Win In IPL 2020, Shares Picture)

After teasing their fans with partial glimpses of their baby boy, Ved, here and there, it was on July 12, 2020, that the doting parents had shared the first-ever picture of him on their respective IG handles. While Sumeet had clearly given a hint in his caption that baby Ved is mamma's boy, the doting mommy, Ekta Kaul had talked about how her little bundle fo joy had made the tough job of being a mother, worthwhile for her! Check out baby boy, Ved's first picture below: On September 22, 2020, the gorgeous mommy, Ekta Kaul took to her IG handle to share a cute video with her son, Ved and our hearts melted at the sight of little Ved's cute, chubby cheeks! The doting mommy can be seen caressing and talking to her little bundle of joy, while baby boy, Ved was all smiles for the camera, and he just took our hearts away. Mommy, Ekta Kaul put a sweet one-line caption alongside the video which can be read as "My son shine." Check it out below:

The Kaul-Vyas clan had celebrated baby Ved's first Ganesh Chaturthi and Ekta had shared beautiful festive pictures on her IG handle. Sharing the glimpses of the first Ganesh Chaturthi celebrations of her little bundle of joy, Ved Vyas with his mama, nani and maasi, Ekta had written, "Happy Ganesh Chaturthi everyone… May lord bless all of you with happiness, prosperity, peace and good health. #ourfirst #mamasboy #kaulfamily #lotstobethankfulfor #vedkaul." The gorgeous young mommy, Ekta had looked graceful in a yellow handwoven chanderi kurta, and her little one had looked adorable in a maroon kurta. 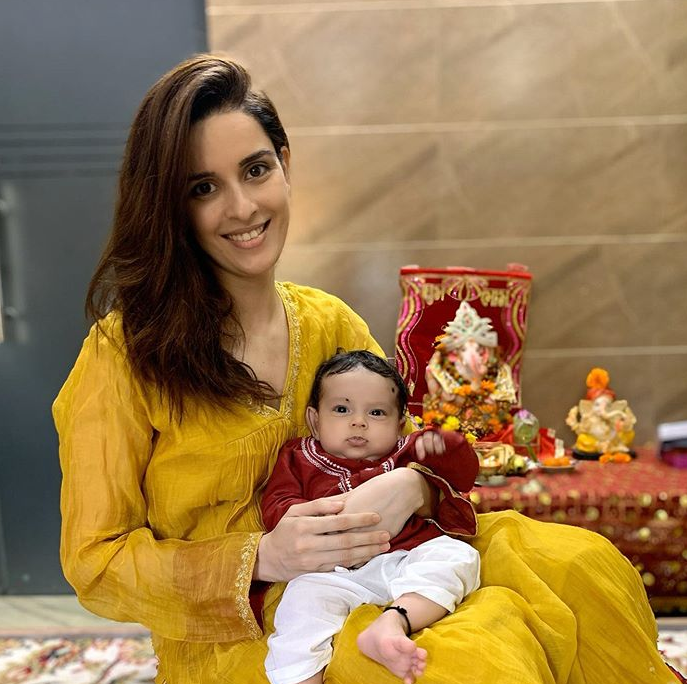 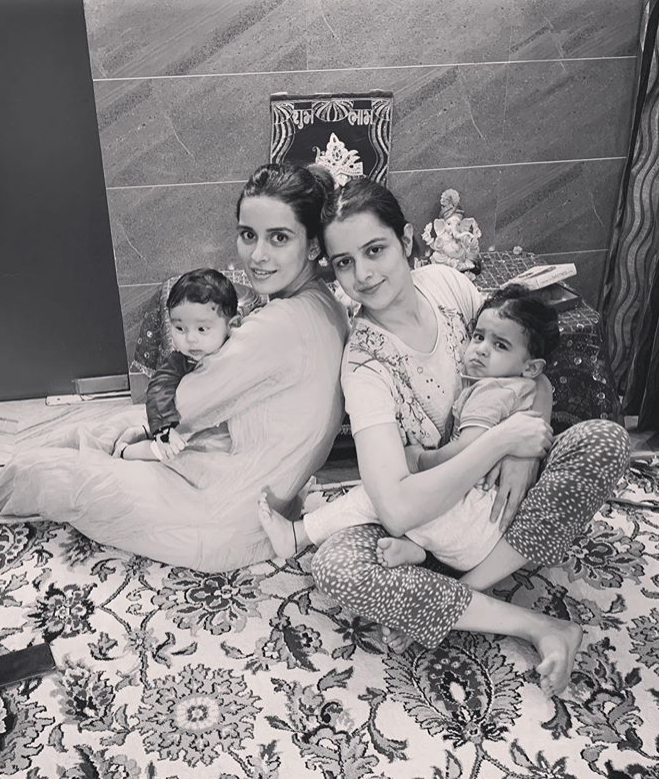 In an interview with Mumbai Mirror, Sumeet Vyas had revealed why they have named their son, Ved. Narrating the story behind it, Sumeet had said, "Long ago, one of our relatives was having a child and we were discussing names, when Ved came up and stayed with me. I decided if I have a boy, I'll name him Ved. Since we come from the line of, it makes sense." Describing the emotions on becoming a father, Sumeet had expressed his 'unmatched feeling', "You do all those clichéd things that you once laughed at. Humans are so predictable." Revealing that it was a normal delivery, Sumeet had continued, "We couldn't trust a multi-facility hospital at a time like this. It was a normal delivery and both Ekta and Ved are doing fine." (Don't Miss: Shoaib Ibrahim Shares A Dreamy Picture With His 'Zindagi', Dipika Kakar From Their Family Vacation)

Do you also have a little one at home you love to make memories with? Share with us!

The COVID-19 outbreak has not only slowed our lives, but it has also affected our peace of mind. We cannot go out without the masks and sanitizer. Every hour, we are fighting a fight to stay away from the deadly virus. Now, imagine the state of mind of people, who embraced