Ekta Kaul and Sumeet Vyas seem to have fallen more in love with each other after becoming parents as Ekta shared a picture from the time when their love story had begun. Check out!

Some love stories are eternal. One look at them and we feel ‘they look so much in love’. Glamour world has given us so many such stories, making us feel that love is all you need to be happy in life. Ekta Kaul and Sumeet Vyas’s love story is one such story. It feels there is no pretence between the two as their love-filled pictures and PDAs on their social media handles speaks for themselves. (Also Read: Kareena Shared A 'Pout Together Stay Forever' Picture With Her BFFs, Malaika, Amrita And Karisma)

Sumeet Vyas had found his ‘Permanent Roommate’ in Ekta Kaul on September 15, 2019, when they had embarked their journey of ‘happily ever after’. The couple had announced the news of their pregnancy in April 2020, and finally, on June 3, 2020, Sumeet Vyas and Ekta Kaul had welcomed their permanent junior roommate. Embracing parenthood for the first time, Sumeet and Ekta had welcomed a baby boy, whom they have named Ved. The couple seems to have fallen more in love with each other after becoming parents as Ekta shared a picture from the time when their love story had begun. On July 1, 2020, Ekta Kaul took to her Instagram stories to share a picture from the time when the love story of Sumeet Vyas and Ekta Kaul had begun. The picture is from the Box Cricket League days when Ekta was in a team and Sumeet was hosting the event. In the picture, we can see Ekta answering to another anchor while Sumeet looked at her smiling, with love in his eyes. Ekta wrote “Started from here!! @Sumeetvyas” atop it, clearly stating that it was where the love between the two had blossomed. Take a look: 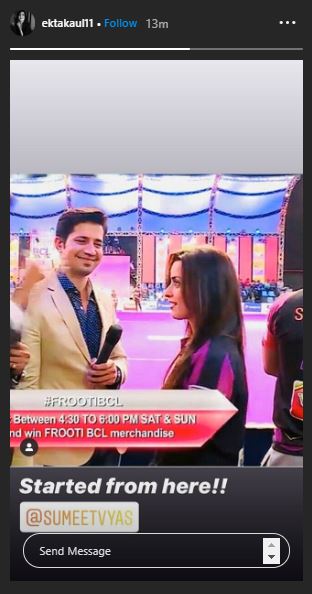 During her pregnancy, Ekta had shared a hilarious throwback picture from her wedding, in which the couple could be seen taking a nap at their mandap. On April 28, 2020, Ekta Kaul had indulged in an ‘Ask Me Anything’ session on Instagram and had interacted with her fans. When a fan had asked her to share an unseen photo from her wedding, Ekta had posted a hilarious picture with Sumeet, where Ekta was caught taking a nap, while Sumeet could be seen yawning at the mandap. Explaining the picture, Ekta had written, "Here! Also, yes, I passed out for a few minutes before the pheras happened." 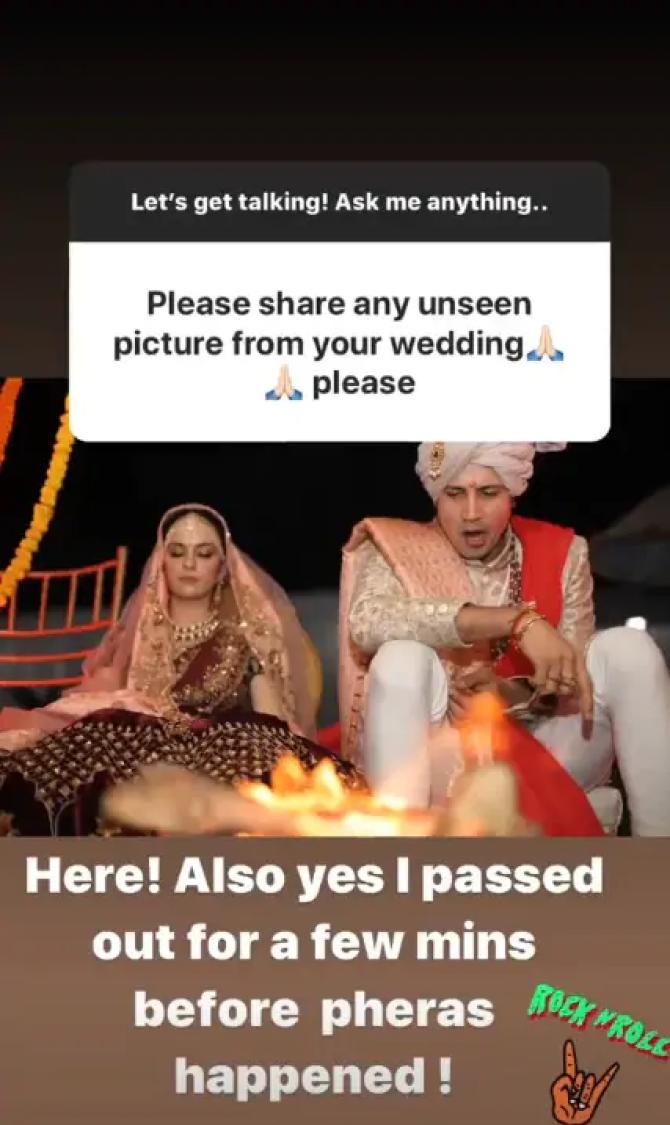 A few months back, Sumeet Vyas had talked to Humans Of Bombay about his love story that went from “I’d been single for sometime" to "I gave her a ring". Revealing his moment of realisation that Ekta is the ‘one’ for him, Sumeet had said, "It's not one big moment when you know you've met 'the one'. It's how they make you feel everyday; if they make you a better person. And she does. But one stand out moment was last year during holi! I rode my motorcycle to a party and had a little bit of bhang. I was in no state to ride. She saw that and took the keys –I thought she was joking! I mean it was a Bullet! But she just got on and off we went, me in the backseat and my lady driving the bullet. I was thinking then, Man! I'm going to marry her! She's the one!" (Don't Miss: Taapsee Pannu Shares A Photo With Sister, Shagun Pannu, Reveals Their Mom Wants A Parenting Award) Further revealing the incidents of their first few meetings, Sumeet had added, “She’s not from the acting circuit–she was discovered by chance. It was a breath of fresh air! I’ve been around serious artists all my life.. this was so different! Even our choices didn’t match! The first movie we watched was La la land–I came out of it emotionally & she was like eh! I thought oh no–how’s this going to work?” And when did he ask Ekta Kaul to be his ‘forever’? Sumeet Vyas had retorted, “But, all of a sudden she left for Jammu because she realised acting wasn’t for her! I knew then that I wanted to do everything to make this work. I asked her to move back to our relationship–to give us a chance. Thankfully, she agreed, but I didn’t want to risk it, so this year on my birthday, I popped the question! She was so happy, she had a childlike smile & I swear even though I gave her a ring, it’s me who found the diamond!” (Recommended Read: Sonu Sood Twins With Son, Eshaan Sood For Their Workout Session As His Son Climbs Up His Back) 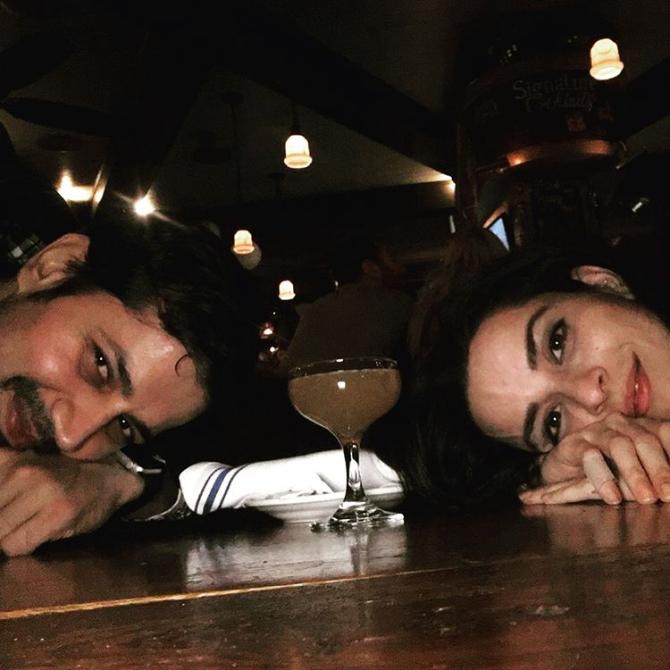 We are in love with Sumeet Vyas and Ekta Kaul tales!