Ekta Kaul challenged Sumeet Vyas to cook for her and the doting husband stepped into the kitchen to make white sauce pasta for his wife. Find out how it went!

Finished binge-watching your favourite series? Ticked off all the movies in your watch-list? Video-called and played antakshari or tambola with your families? Played online Ludo with your friends? It has been months, we have stopped counting days since the lockdown was announced, and now, we are out of ideas on how to pass our time at home. To keep the spark in the relationship alive, Permanent Roommates fame, Sumeet Vyas and Rab Se Sohna Isshq fame, Ekta Kaul are here to give their fans an idea, or rather a challenge, that they can do with their partners. (Also Read: Rana Daggubati's To-Be Wife, Miheeka Bajaj Wore Her Mother's Bridal Lehenga For Her 'Bhaat' Ceremony)

It was on September 15, 2018, when internet’s favourite boyfriend, Mikesh a.k.a. Sumeet Vyas had married his Permanent Roommate, Ekta Kaul. 2020 proved to be one of the best years for Sumeet and Ekta as they had taken their married life to the next level and had embraced parenthood in June 2020. Sumeet and Ekta had welcomed their permanent junior roommate, a baby boy, Ved Vyas. Describing his ‘unmatched feeling’ on becoming a father, Sumeet had said in an interview with the Mumbai Mirror, “You do all those clichéd things that you once laughed at. Humans are so predictable.”

Sumeet Vyas and Ekta Kaul, being the unconventional couple, helped the couples, who have ran out of ideas to pass their time at home and it is indeed a fun challenge. Ekta challenged Sumeet to cook for her and the doting husband stepped into the kitchen to make white sauce pasta for his wife. With the help of Ekta in cutting the vegetables, Sumeet completed the challenge but it was his wife, who had to decide if he passed or failed. Sharing the video, while Ekta wrote, "#firsttimechef ko challenge @sumeetvyas. @sumeetvyas will not be bragging on social media for a long time." Sumeet captioned it, "@ektakaul11 ne cook karne ke liye kiya challenge, and like everything else, I aced it as a #firsttimechef."

While Ekta Kaul had challenged 'the first time chef', Sumeet Vyas to cook for her, sometime back, he had revealed that it is his wife only, who is the pillar between him and calories. Sharing a picture of their fridge, which had a lot of magnets and a sweet note from his doting wife, Ekta, Sumeet had written, “Better half’s contribution to my fitness regime... @ektakaul11 thanks for being the pillar... between me and calories...” Ekta's note for Sumeet could be read as “You are not hungry, You are bored. GO BACK” followed by a teasing emoji. (Also Read: Ravi Dubey Reveals Long-Lasting Relationship Secret With Sargun Mehta And Intention To Stay Eternal) 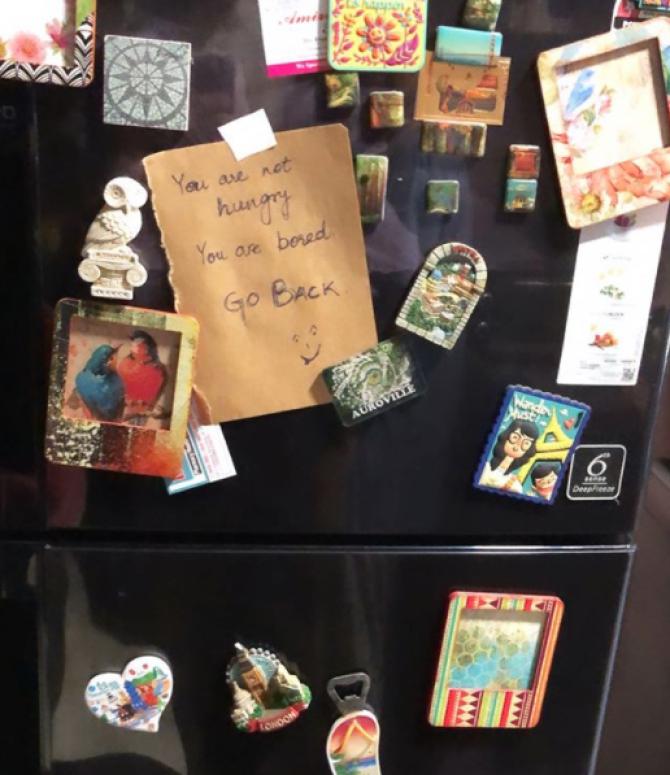 After teasing their fans with glimpses of their little bundle of joy, Ved Vyas, Sumeet Vyas and Ekta Kaul had finally posted the first picture of their son on their respective IG handles on July 12, 2020. As Ved said hello to the world, Ekta and Sumeet had posted the little one's picture with his mommy. While Sumeet had captioned it, "Mama’s boy... #ved #vedvyas", Ekta had written, "Being a mother isn’t an easy job but it’s definitely the best job one could ever have.. And there’s no greater honour, love and blessing. #maahood #merabeta #ved."

The pandemic had proved to be a blessing in disguise for Ekta Kaul and Sumeet Vyas as the couple had spent the last months of her pregnancy together due to the lockdown. Sumeet, who is busy with his professional commitments, finally got some quality time to spend with his pregnant wife and he had proved to be the best husband as he left no stone unturned to make her feel comfortable. Things weren't different post the birth of their son too, as the lockdown had extended and the newbie parents, Sumeet and Ekta have been making the most with their little one, Ved. (Also Read: Before Naga Chaitanya's Wedding With Samantha Akkineni, His Dad, Nagarjuna Gave Him This Cool Advice) 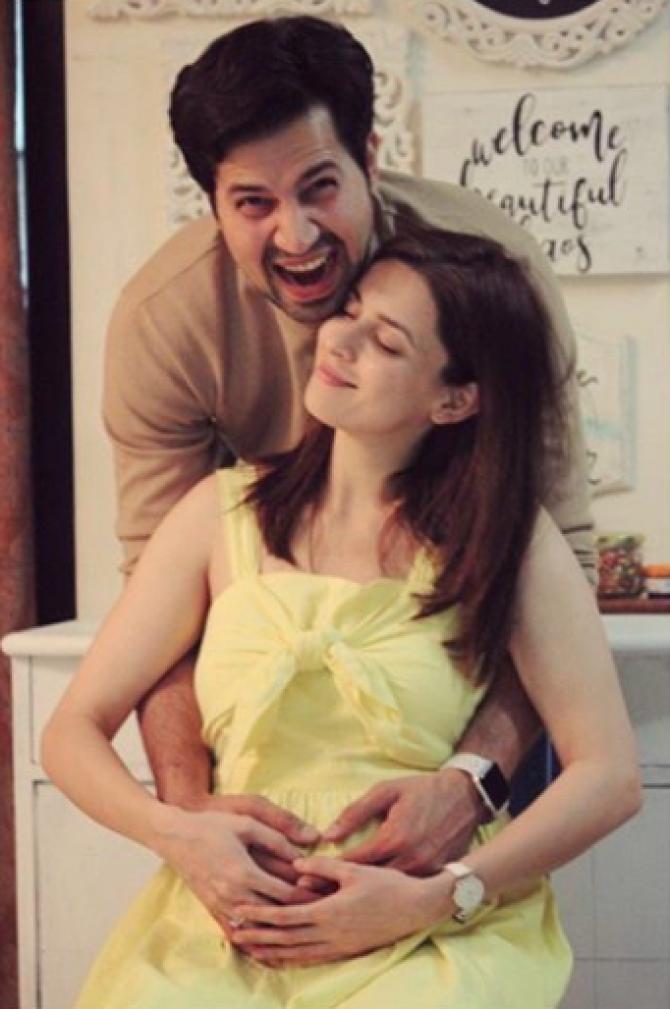 Are you ready to challenge your better-half to cook your favourite meal? Let us know how it went!