After playing hide and seek with everyone, Mere Angne Mein actress, Ekta Kaul finally shared the full glimpse of the love of her life on her official Instagram. April 28, 2018, was the day when she made it official with the Permanent Roommates and Veere Di Wedding actor, Sumeet Vyas. Finally, on September 15, 2018, the lovebirds embarked upon their happily ever after journey, as they had taken the wedding vows in a traditional Kashmiri style wedding.

It is also to be noted here that Sumeet Vyas was earlier married to a famous actress, Shivani Tanksale for almost seven long years from 2010 through 2017. Nevertheless, he has now moved on in life and is a happily married man to Ekta. Ever since their wedding, the couple has only been outlaying some serious relationship goals. (Also Read: Sara Ali Khan And Kartik Aaryan's Cupid, Ranveer Singh Reminds Them How He Played A Perfect Wingman) 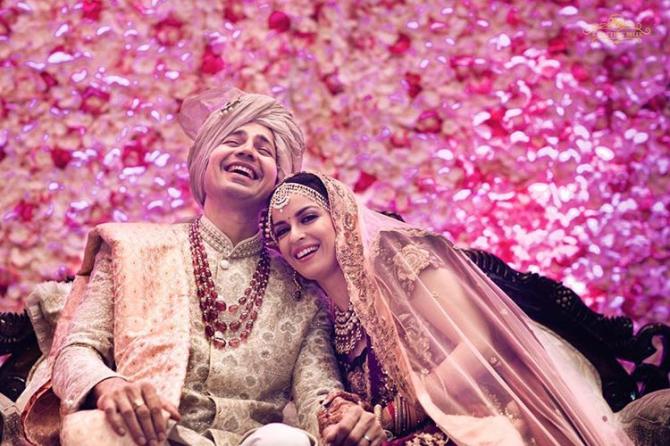 Since their wedding in September 2018, Ekta and Sumeet have not been on their honeymoon. The two were lately on their much-delayed (like literally) honeymoon and the exotic location for the same was Taiwan. The destination is one of the most vibrant and modern places to enjoy a romantic escape with your partner. Both Sumeet and Ekta had shared pictures from the honeymoon. 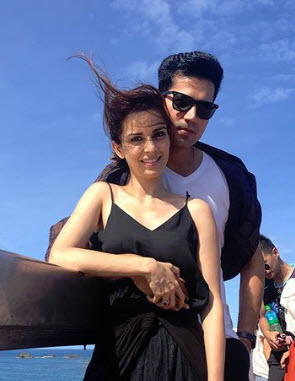 The caption of one of Ekta’s post could be read as, “Dear Taiwan thank you for the warmth and this wonderful experience. This trip was about exploring life together and exploring each other. Also, I got to know how passionate and responsible professional my husband is. @sumeetvyas May you risen shine like no one ever has. I hope we have more of such working trips. Also, I love taiwan!” Here are all the pictures shared by the couple (swipe right):

In an interview with Human of Bombay, Sumeet had revealed his love story with Ekta and had shared, “I’d been single for some time – you know that phase where your friends say, ‘you’re single, doing well, don’t get into a relationship’? – I tried but got over it quickly. Around then, I met her at shows & on sets, but I didn’t know how to pursue her! She tweeted about my show & we started talking, I invited her to my play & we went out after!  We ended up talking for hours about acting. By the third time, I had a feeling she wasn’t getting it! So, I specified, ‘This is a date okay? & she just nodded!” (Checkout: Raj Kummar Rao Reveals How He Feels When Patralekhaa Comes Near Him, He Is A Romantic Boyfriend) Sumeet had further gone on to share how he felt around Ekta, “She’s not from the acting circuit–she was discovered by chance. It was a breath of fresh air! I’ve been around serious artists all my life. This was so different! Even our choices didn’t match! The first movie we watched was La la land–I came out of it emotionally & she was like eh! I thought oh no–how’s this going to work?” The Permanent Roommates actor had also shared an instance when they were at a beach and he was thinking about how to impress Ekta. He had said, “When we started dating, I was at sea. How do I impress her? I told her that I’m kind of famous as this character, Mikesh. She wasn’t bothered! When people asked me for photographs- she’d wonder why! The next time we met, she’d watched my entire show! I asked her how–it was so long, she said and added, she watched it while getting ready! I was confused–Why wasn’t it affecting her! But that’s how I knew she was with me for the right reasons.” (You May Also Like: Saif Ali Khan Reveals His And Kareena Kapoor's Secret Behind Balancing Between Work And Family) 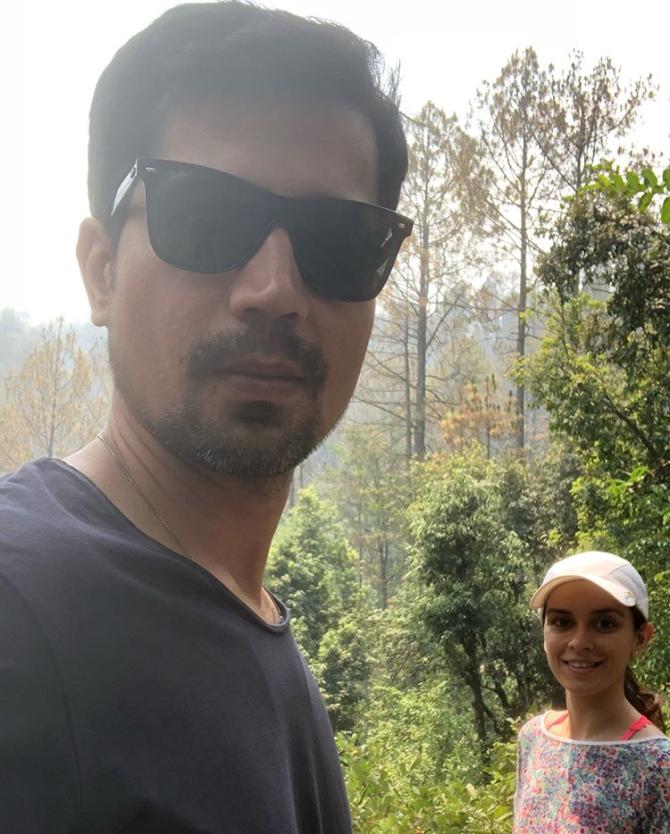 Revealing the time, he had thought Ekta was the one for him, Sumeet had quipped, “It’s not one big moment when you know you’ve met ‘the one’. It’s how they make you feel every day; if they make you a better person & she does. But one such moment was last year during Holi! I rode my bike to a party & had a little bit of bhang. I was in no state to ride. She saw that & took the keys –I thought she was joking! I mean it was a Bullet! But she just got on & off we went me in the backseat & my lady driving the bullet. I thought then, Man! I’m going to marry her! She’s the one!” He had signed off by sharing the details regarding the big and the final moment, “But, all of a sudden she left for Jammu because she realised acting wasn’t for her! I knew then that I wanted to do everything to make this work. I asked her to move back to our relationship–to give us a chance. Thankfully, she agreed, but I didn’t want to risk it, so this year on my birthday, I popped the question! She was so happy, she had a childlike smile & I swear even though I gave her a ring, it’s me who found the diamond!” (Checkout: Taimur Ali Khan Sticks Out Tongue While Strolling On London Streets, Is This His New Favourite Pose?)

What fun and romantic pictures of you two, Ekta and Sumeet! We wish you many more such lovely getaways together!