Popular television actor, Eijaz Khan and his actress-girlfriend, Pavitra Punia shared a picture on her Instagram, flaunting a diamond ring on her fourth finger, hinting at their engagement.

Popular Television celebrities, Eijaz Khan and Pavitra Punia broke the headlines, and the couple is trending on all social media platforms. The reason behind it is a stunning selfie which Pavitra shared on her social media handle, and it ignited her engagement speculations with Eijaz Khan. The massive fanbase of this lovely couple is anxiously waiting for them to get married. Every now and then, they drop edited pictures of their favourite couple in wedding ensembles on different social media handles.

For the unversed, the celebrity couple's chemistry began inside the house of the controversial reality show, Bigg Boss 14. It was when Eijaz had bared his heart out to Pavitra and asked her whether she wanted to spend the rest of her life with him that had melted everyone's hearts across the nation. Fast forward to now, once again, their engagement reports are leading all the way at the moment. 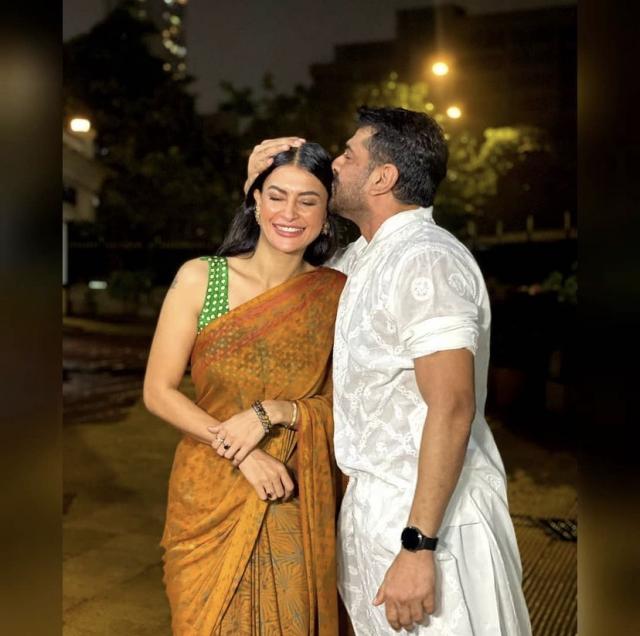 On October 4, 2022, Pavitra Punia took to her Instagram handle and shared a selfie of herself, and it is now all over social media. Well, the actress looked gorgeous as usual in the picture and can be spotted sitting in a room under a lovely light. However, what caught everyone's attention was the diamond ring that she flaunted towards the camera and looked the happiest. As soon as she posted the picture on her Instagram stories, speculations about her engagement with her boyfriend, Eijaz Khan became a much-discussed topic on the internet. The picture of the actress flaunting her ring, which she wore on her wedding finger, the fourth finger, sparked her and Eijaz's engagement reports. Atop the picture, Pavitra penned one word, and it can be read as: 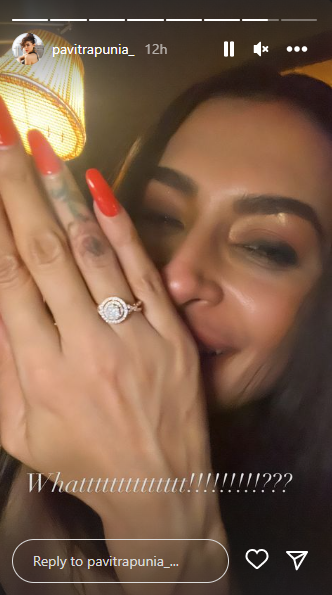 Earlier this year, in July 2022, reports were rife that Eijaz Khan and Pavitra Punia has been living together for more than 45 days in the latter's flat. According to a report in Etimes, the couple had remained tight-lipped about the same and hadn't told anyone about it. If the report was to be believed, Eijaz had also put his flat on rent and shifted permanently with his ladylove, Pavitra. Although none of them had clarified their stance on the reports, but the speculations about the same in the media have been on a high alert since then. In an interview with ETimes, Pavitra Punia had shed some light on whether she would get married to her actor-boyfriend, Eijaz Khan, in 2022. Answering the same, the actress had shared that both she and Eijaz were trying their best to find time in the middle of their respective hectic and extremely tight schedules. Reflecting more light on the same, Pavitra had stated:

"Everyone is always asking us about our marriage but honestly, we are as good as married. When you have lived with someone for long, you stop looking at each other as boyfriend, girlfriend. But, when we will officially announce ourselves as husband and wife in a ceremony, is not in our hands. We have been planning since last year that we will do it this year and this year also we are planning it will be this year. Our wedding will be very instant because we have such packed lives. We are trying hard to figure out where to fit our marriage in our schedule!" 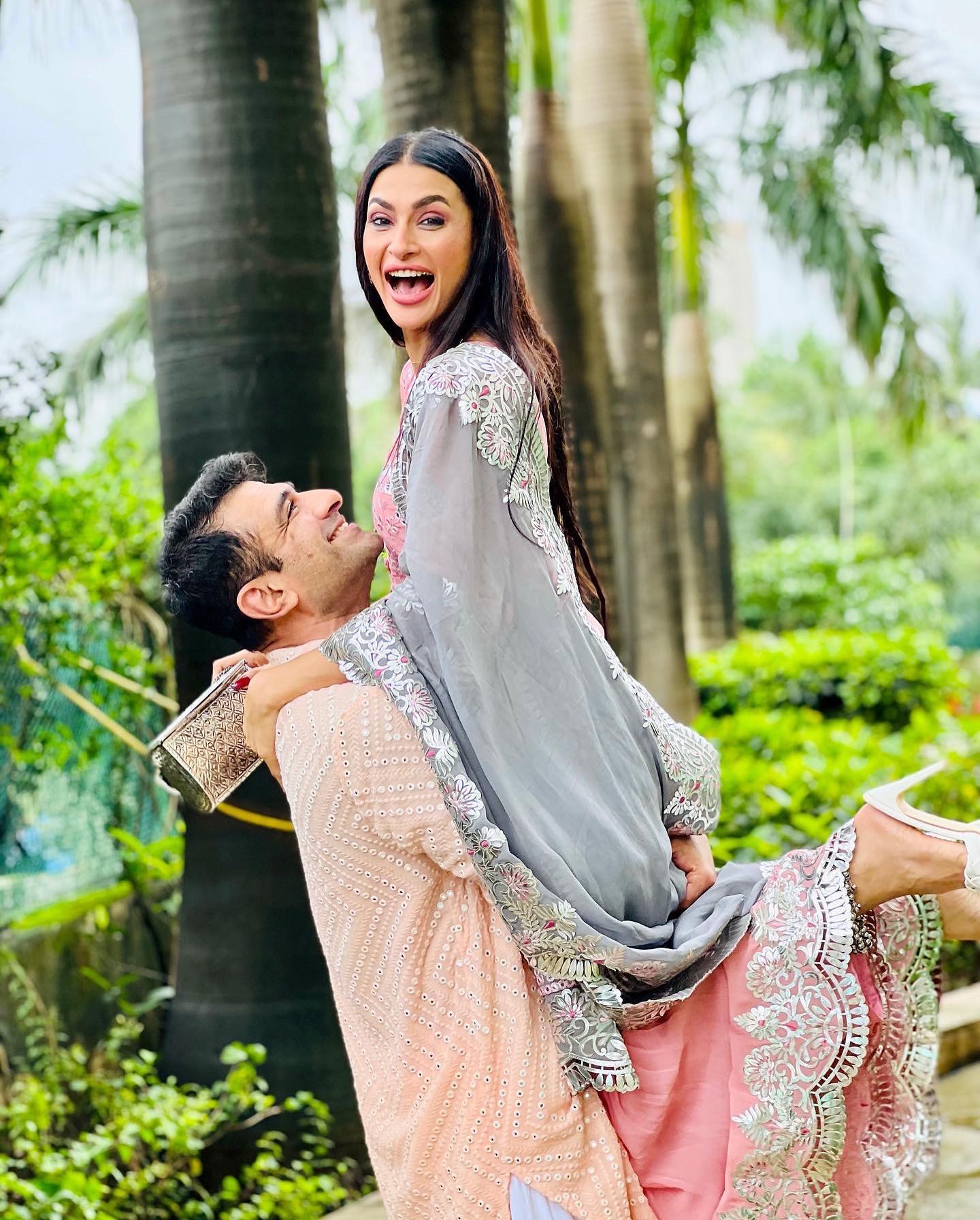 On the professional front, Pavitra Punia is currently seen in the show, Ishq Ki Dastaan - Naagmani.