Divya Bhatnagar's Instagram page is now handled by her brother, Devashish Bhatnagar and a few hours ago, he posted the screenshots of her chat, revealing the details of how Gagan used to threaten her.

It is often said that love hurts. But there’s a fine line when that ‘hurt’ turns violent, aggressive and dangerous. And when you realise the signs of things getting out of control, it might be too late. Women, and even men, continue to live in fear and hope that things would get better one day, are tortured to death at the hands of the very people they love and trust. Domestic violence is a harsh reality of the twisted notion of love. Little did anyone know that Yeh Rishta Kya Kehlata Hai fame, Divya Bhatnagar had gone through the same torture before she succumbed to death after her battle with COVID-19. (Also Read: Rakhi Sawant Shares Her 'Desperate' Need For Money, Talks About Depression And Financial Struggles)

It was on December 7 when Divya Bhatnagar had taken her final breath in the hospital, where she was undergoing treatment for COVID-19 and pneumonia. After getting admitted in November, her condition deteriorated and she was put on a ventilator. But unfortunately, she couldn’t make it. Post Divya’s demise, her close friend, Devoleena Bhattacharjee and brother, Devashish Bhatnagar had accused her estranged husband, Gagan of domestic violence. Divya and Gagan had tied the knot in December 2019, in the absence of their family members as they were against their relationship. After getting engaged in 2015, Divya and Gagan had a Gurudwara wedding last year. Divya Bhatnagar’s social media page is now handled by her brother, Devashish Bhatnagar and a few hours ago, he posted the screenshots of her chat, revealing the details of how Gagan used to threaten her. Devashish captioned the post as “I wish i could get to know all this. I wish i could tell her that it is okay to take stand for yourself. I wish i could tell her that girls are the most powerful human species. I wish i could save her from this devil. Please speak up before it is too late and specially to your family. Because you can share things with friends but only family can take you out from messes. I want this guy hanged @whogabru This is guy is been threatening divya bhatnagar that he will get me (her brother) and mother killed, defame her, screw her life if she would share anything with anyone. Now i am handling over this case to all of her fans, friends, family and the people who actually care about humanity.” 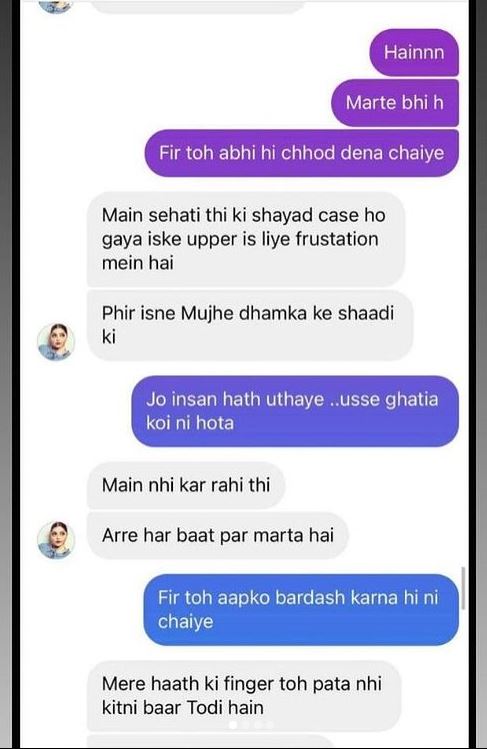 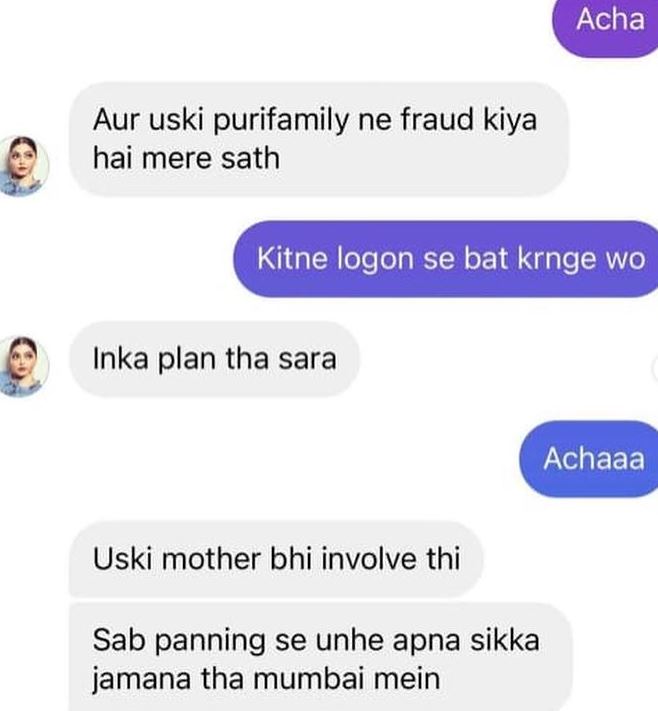 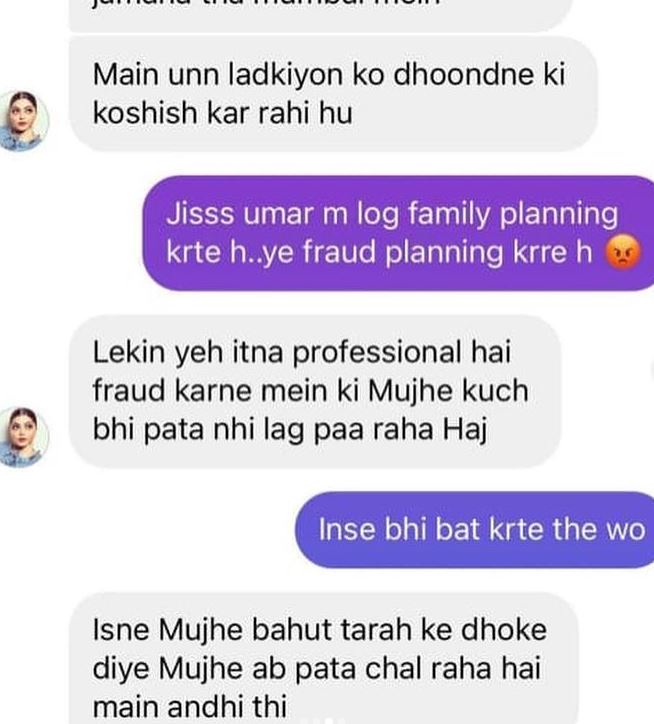 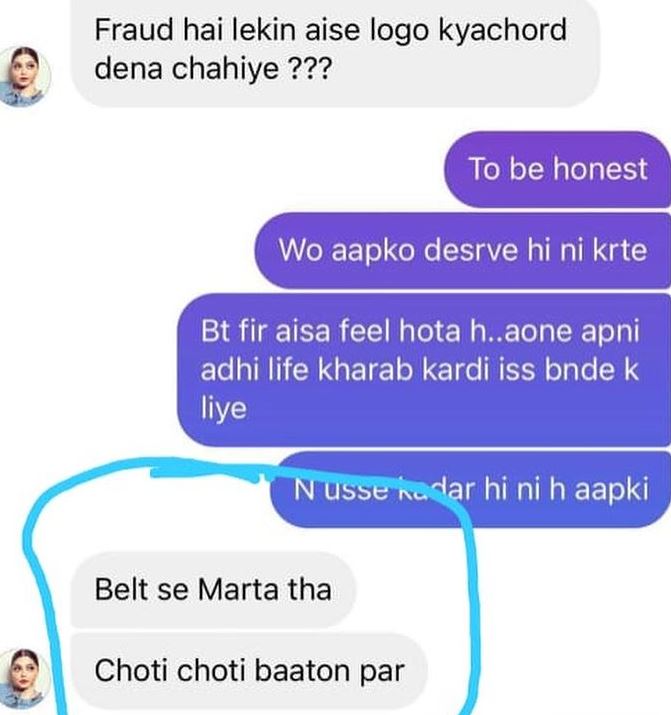 Post Divya Bhatnagar’s demise, Devoleena Bhattacharjee had alleged that her late friend was a survivor of domestic violence. The video had begun with Devoleena speaking about her bond with Divya, who was a family to her and how their relationship had changed with time. Devoleena had also accused Gagan of torturing and abusing Divya, and revealed that the late actress’ life was filled with miseries and she was suffering in her marriage, which led her to have a mental breakdown. Revelling that there’s a pending molestation case against Gagan in Shimla, Devoleena said, “You will return to jail, because of how you tortured Divya. You think she’s gone now so you can chill with your girlfriends?” (Also Read: Tamil TV Actress, Chitra Commits Suicide After Recently Getting Engaged To A Chennai Businessman)

In an interview with The Times of India, Devashish Bhatnagar had revealed that the family is planning to file a case against his late sister, Divya Bhatnagar’s estranged husband, Gagan. Devashish had said, “Gagan started torturing Divya physically and mentally soon after their marriage. She had written a note on November 7, in which she had stated that Gagan tortures and abuses her. We found the note in her cupboard yesterday. She had also approached the police and filed an NC on November 16 against him, following an episode of domestic abuse. I had told her to stay strong when I got to talk to her during her hospitalisation.” After his sister, Divya Bhatnagar’s demise, Devashish Bhatnagar had penned a eulogy, expressing what she meant in his life. Sharing a selfie with Divya, Devashish had written, “Tere bina toh main b ek zinda shareer hu bas. Teri kami kaun puri karega ? Aaja na yaar firse ek baar. Itnj jaldi thhodi jana tha. I cant even type the goodbye words. Because tu toh meri badi hai na yaar. Kaise kategi ye zindagi ab? I just wish tu mere aas paas rahe with peace. I love you and i cant even express how much i will always do. @divyabhatnagarofficial My celebrity, my motivator, my everything.” (Also Read: When Salim Khan Had Revealed He Wasn't Allowed To Meet His Mother For Four Years Before Her Death) We wish the truth had come out at the right time and Divya would have gotten justice when she was alive!