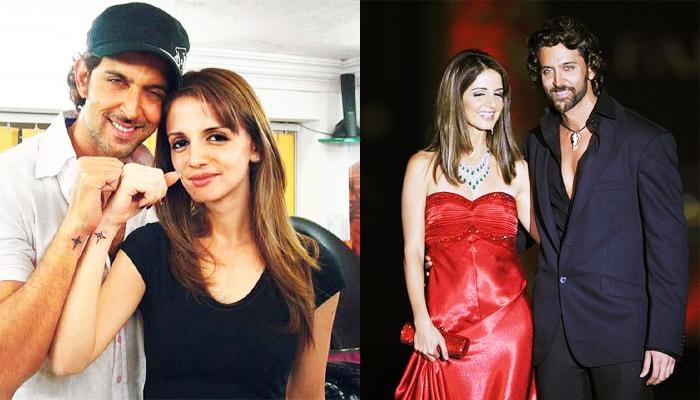 December 2013 was perhaps the most depressing month for all Bollywood enthusiasts and fans. The news of Hrithik Roshan and Sussanne Khan’s divorce exploded like wildfire and left everyone teary-eyed. The power couple and childhood sweethearts who were blissfully married for 14 years got separated. Even after separation, however, for their children’s sake, Hridaan and Hrehaan, they remained best of friends.

But hey! There is news! And it will definitely leave all of you fans and your hearts brimming with ecstasy and joy. As per a report in the Times of India, Hrithik and Sussanne are planning a reconciliation. The report suggests that after spending a lot of time with each other and with their sons, after eventful outings, the couple has realised that it's not too late to marry again, especially for the sake of their children. That's a fantastic news, right?

Earlier, at the start of 2018 as well, there were similar reports. A Deccan Chronicle report had claimed then that a source, a couple’s common friend, had revealed the wedding is on cards, yet again. The report could be quoted here as- “Hrithik and Sussanne are working it out. They identified the stress areas in their relationship and are doing their best to work their way around them. Give them time—they will come together again.” (Also Read: 14 Bollywood Love Marriages That Ended In Shocking Divorce) 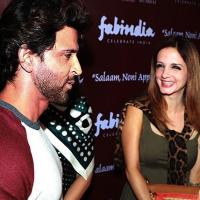 However, when the same question was asked to the Roshan family, they had denied such reports and conjectures, and had said, “They are done with one another—to even suggest that they can be a couple again is ridiculous.” A family member had further added, “They've agreed to meet and spend time together for their children's sake whenever they feel like it. Beyond their obligation as parents, both Hrithik and Sussanne have their own separate lives.” In fact, in 2016, Sussanne had also commented on her reconciliation with Hrithik and put a full stop to every baseless rumour. She had taken to Twitter and had tweeted, “I request people to stop speculating. There will never be a reconciliation with @iHrithik. But we will always be good parents. #no1priority.” But this was in 2016, right? Two years ago, after all. Wouldn’t it be great if they come together one more time and their fans see their wedding once again?

There is no denying that even after their divorce in 2013, their camaraderie always speaks volumes of friendship and understanding. In fact, on Hrithik’s 44th birthday, Sussanne wished him beautifully on Instagram, captioning one of her posts, “Forever and always you stay the sunshine in my life.. Happy happiest birthday smile that smile brightest and u always will spread that light...limitless  #sacredheart.” Not just this, even when Hrithik’s spat with Kangana was going on, Sussanne came out in the front and stood by him. She took to social media and said, “ There is no allegation or a sad evil plot that can have the weight to triumph over a good soul. #mafamilia #powerofthetruth #pureheart.” 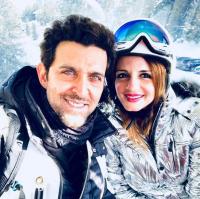 These media reports about Hrithik and Sussanne’s reconciliation clearly have left their fans speculating more. Everyone is eagerly waiting for them to get married once again. But considering that the couple has always denied such speculations, we find it hard to expect to see them as bride and groom again. Talking about the couple’s take on their relationship, divorce and their genuine friendship post-divorce, Sussanne once said, “Like I always said, Hrithik and I are parents first and have to be in-sync regarding our priorities as parents in order to make sure our boys get the best upbringing. They are and always will be our main priority. So, the two of us having lunch with them doesn't mean we are holidaying together.” (Also Read: 8 Television Couples Who Are On Talking Terms Even After Break Up Or Divorce) 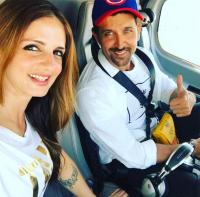 Hrithik, who has was constantly been poked about his divorce, considering that he was accused of infidelity, he once remarked in a television interview and said, “Absolutely not. Sussanne has been very very vocal about this. She has been very vocal. And I feel like laughing at people. When people get divorced, it is not always because of infidelity by the man. That is just such a small-minded assumption. I am just trying to say that there are many reasons why people would like to live separate lives. Infidelity is just one of them.”

So, here we’re! Hrithik and Sussane got married in 2000, and in 2013 they got separated. It’s been a long time but like their loyal fans, we still hope that they get married again. As much as the fans get excited for their favourite celeb’s wedding, they also get shattered when any loving couple of theirs part ways. Something like this happened when shockingly, Hrithik Roshan and Sussanne Khan parted ways and ended their 14 years of marriage in 2013. (You May Like: Akash Ambani And Shloka