Taarak Mehta Ka Ooltah Chashmah fame actress, Disha Vakani has shared an unseen picture from her wedding in which, apart from her husband, Mayur, we can also spot, her show’s producer, Asit Modi. Taarak Mehta Ka Ooltah Chashmah is one show that has made a typical middle-class dinner table even more close-knit. After all, this show can definitely be credited with bringing family members closer during the prime time in the night. One of the most famous characters of the show was Dayaben played by the famous actress, Disha Vakani, who has not been in the show ever since she took a sabbatical owing to her motherhood. (Suggested Read: 12 Billionaires Of India And Their Spouses Who Are The Richest Indian Couples In The World)

Disha Vakani got married to a Chartered Accountant by the name of Mayur Pandya in an intimate ceremony on November 24, 2015. Disha went on maternity leave in September 2017, embraced motherhood with a beautiful baby girl on November 30, 2017. And since then, the reports of her coming back to Taarak Mehta Ka Ooltah Chashmah have been hitting the headlines. 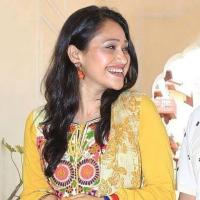 According to an earlier BollywoodLife report, some tiff between show’s producer, Asit Modi and Disha’s husband, Mayur has been the reason for her not coming back to the show. And amid such speculations, Disha Vakani has shared an unseen picture from her wedding in which, apart from her husband, Mayur, we can also spot, her show’s producer, Asit Modi. Disha has captioned the post, “Love this picture.” (Suggested Read: Hema Malini Declares Her And Husband Dharmendra's Assets Worth Rs 225 Crore In A Affidavit [Details])

Take a look at Asit Modi who is helping her complete the rasam (ritual): 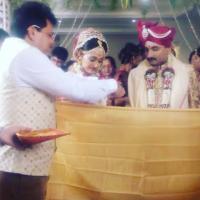 When The Times of India recently contacted Asit to get some scoop on Disha Vakani’s comeback, he had said "Daya's character is an important one and we can't let her be away from the show for such a long time. Daya is loved by people and the audience wants to see her. As far as Disha is concerned, we have always supported her and given her enough time to focus on her family life. She has been on a break for almost one and a half year now. We can't keep waiting. If she is willing to come, she is more than welcome. But we will have to take a call soon." 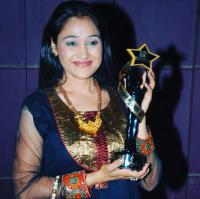 In fact, an NDTV report had earlier reported Asit Modi saying, “We have always been very cooperative since the beginning. We have been waiting very patiently for her after she gave birth to her daughter. We have given her a lot of space but we also need to run the show. We cannot wait for someone till infinity. Daya’s character needs to return to Golkuldham Society. If she is unable to return due to her personal reasons, we are not left with any other option but to replace her.” (Must Read: Vivek Dahiya Says It's Easier To Romance Other's Wives On-Screen, Divyanka's Reaction Is Unexpected)

Disha Vakani’s comeback to Taarak Mehta Ka Ooltah Chashmah has long been under the media glare. A source had shared with a media portal, "This kind of interference is difficult to understand. Our show is going well, TRPs without Daya Ben have not been affected. Every other actor is working hard on his/her track and we are converging well. If Disha wants to return to Taarak Mehta Ka Ooltah Chashmah, we will have to see if her comeback will justify the show. Plus, it will have to be on terms and conditions agreeable to Disha and Modi both." 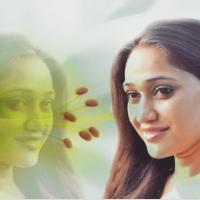 Asit Modi has earlier talked about Disha’s sabbatical and had shared in an interview, "The shooting conditions are tough and since Disha's baby is still very young she needs her. We haven't discussed her return yet and there is no official confirmation on Disha quitting Taarak Mehta Ka Ooltah Chashma." 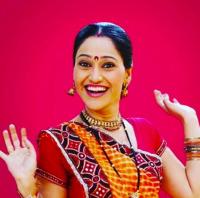 He had further added, "We are in touch with Disha to start the shoot. But she has yet not given a nod. Considering her baby is very small, production is willing to be understanding in terms of timing and schedule like we were in the final months of her pregnancy. But she wants to focus more on her personal commitments at the moment. But we are trying very hard to bring her back on the sets asap." (You May Like: Kangana Ranaut Once Again Takes A Dig At Alia Bhatt And Ranbir Kapoor, Calls It 'Absolutely Unfair')

How did you like Disha Vakani’s unseen picture from her wedding? We wish she returns to the show and entertains us more, right?