Good news is raining this year! It seems that 2017 has been by far the most happening and luckiest in terms of celebs welcoming their babies. Many famous television and B-town actresses are expecting and are all set to embrace motherhood in 2017. Be it Esha Deol, Soha Ali Khan or Pooja Joshi, these divas are excitedly waiting for little munchkin to come into this world.

The latest one to join their bandwagon is none other than Taarak Mehta Ka Ooltah Chashmah fame, Disha Vakani. Yes, you read that right!

Just like the way Disha surprised one and all with her wedding news, she gave a pleasant surprise with her pregnancy too. The 38-year-old actress tied the knot in November 2015 with a chartered accountant, Mayur Pandya. It was a low-key affair, which was graced by just their closest friends and family members, though the reception was a grand one and was attended by her industry friends. 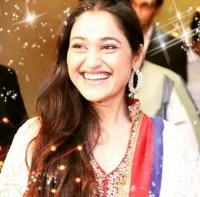 Sometime back only, rumours were rife that the actress might be expecting her first baby, but there was no authenticity to the news. Now, it is confirmed that Disha will soon be called mom in real life. Although no official statement has been released from Disha's side, but what happened recently when Shah Rukh visited Taarak Mehta Ka Ooltah Chashmah sets made everything clear.

You May Also Like: Sahil Mehta Aka Yuvraj Birla Of 'Suhani Si Ek Ladki' Fame Gets Hitched To His Girlfriend 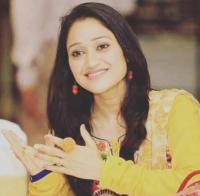 So, you all might know that Shah Rukh Khan has been visiting various shows for the promotions of Jab Harry Met Sejal and he went on to her sets as well. What grabbed every eye ball was King Khan’s kind gestures towards the expecting lady. Yes, the chivalrous actor took extra care of Disha when he came to know that she is pregnant.

Our very own dildaar and caring actor made sure that the actress and mommy-to-be is comfortable. Not just this, he even pulled the chair for her and constantly asked her if she is fine. Disha is already a big fan of SRK, but after this aww-so-kind gesture by him, she was just completely floored. In fact, this impressed each and every one present on the sets. He is a thorough gentleman and we respect him even more now, no? 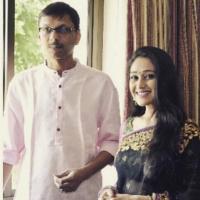 We love you Shah Rukh and Team BollywoodShaadis would like to congratulate Disha Vakani for this lovely phase of her life. And all you guys stay tuned with us right here all the latest updates!

Next Read: Remember Aanchal Kumar From 'Bigg Boss 4'? She Is Expecting Her First Baby And Looks Like This Now!