On June 4, 2019, at the special screening of Bharat, Disha Patani and her not-so-rumoured-anymore beau, Tiger Shroff happily posed for the cameras at the red carpet. Checkout the video inside. 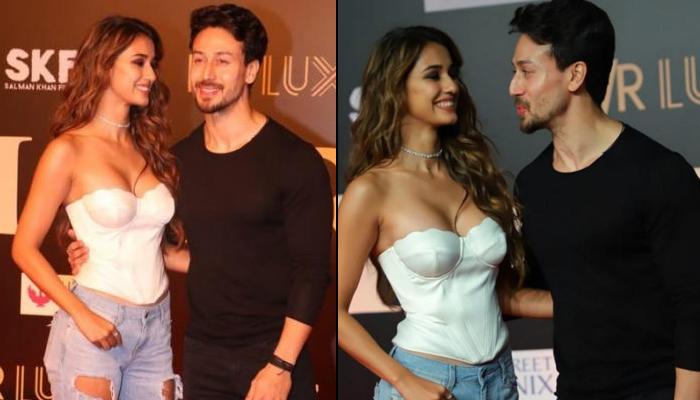 It was Valentine’s Day 2019 when Disha Patani broke our hearts by her Instagram post, flaunting a ring. But soon she announced that it was a post in collaboration with Pepsi and she isn’t engaged to her long-time not-so-rumoured-anymore beau, Tiger Shroff. Though Tiger and Disha have never confessed their relationship in media, the lovebirds don’t shy away from hanging out on lunch/dinner dates and pose for the paparazzi stationed outside the restaurants. 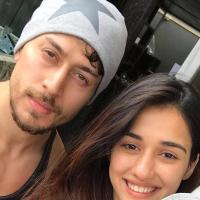 On June 4, 2019, a special screening of the much-awaited Salman Khan, Katrina Kaif and Disha Patani starrer, Bharat was arranged for the Tinseltown people and it was a star-studded night. Disha aced her sultry yet chic look in ripped jeans and a corset-like top. And she was accompanied by her beau, Tiger Shroff, who too looked dapper in an all-black look. Tiger and Disha were all smiles for the camera on the red carpet and we just loved how she was lost in his eyes as he happily posed for the media.

In an interview with International Business Times, Disha Patani was asked, “What does Tiger Shroff have to say about Bharat? Did you like his film Student of the Year 2?”. To which, the M.S. Dhoni: The Untold Story actress said, “He loved it. Tiger really liked my look in Bharat. Yes, I loved Student of the Year 2. I really like entertaining films. I don't really like serious stuff because when you're working and you get only one day and you're watching a movie, you just wanna relax and be happy. I loved SOTY 2, the songs, everyone in the film.” (Also Read: Hina Khan And Rocky Jaiswal Once Again Indulge In Adorable PDA Sessions, The End Result Is Hilarious) 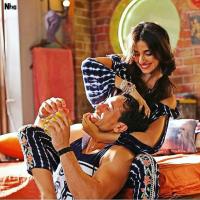 Disha Patani has worked with her beau, Tiger Shroff’s dad, Jackie Shroff in Bharat. When asked about her experience of working with him, she stated, “Jackie Shroff is the busiest person on the planet. He's one guy who has not taken a day off in his life, even at this age. I remember him shooting for Bharat. We used to pack up at 7 pm and start at 4 am. After the pack up, he'll go for the dubbing of some animation film and dub until 4 in the morning, and then come directly on the sets of Bharat. He doesn't sleep!” 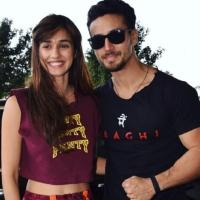 Tiger Shroff and Disha Patani have always managed to keep their relationship status as ‘just friends’ and have very smartly dodged their dating rumours. In an interaction with Bollywood Hungama sometime back, when Disha was questioned, “Why don’t you both accept your relationship? People love you both as a couple.” she had replied, “I’ve been trying for so long, it’s been so many years and I’ve been trying to impress him. Now I’ve done this film Bharat where I’m doing all these stunts and I thought maybe he’ll get impressed but no luck. Yeah, we go to eat but that doesn’t mean he’s impressed, not like that like the crush impressed, but he likes everybody’s pictures like that. You must speak to him the next time. He’s shy and I’m shy so nobody’s breaking the ice.” 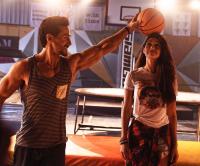 In an interview with Pinkvilla, Tiger Shroff had talked about his relationship with Disha Patani. Labelling their relationship as that of friends, yet again, Tiger had shared, “Disha is a great friend, I want to take it slow with Disha... slow motion mein." Following which, in another interview with Pinkvilla, Disha responded to Tiger’s definition of their camaraderie and had shared, “He's too slow motion, man. I'm been trying to impress him and I keep telling him that. I have learnt gymnastics and I've done a film where I'm taking a flip through a fire ring. He's still not impressed. What more can I do?" (Also Read: Rohan Hingorani And Shruti Sinha Of 'Roadies' Fame Share Adorable Video Of Their Underwater Romance) 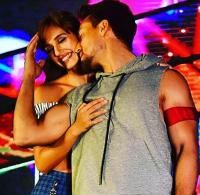 Are you excited to watch Bharat? Do share the reviews with us!

The nationwide unlock is going on, and the cases are getting higher and higher because of that mandatory economic decision. Amidst the outbreak of COVID-19, the entire world is taking extreme measures to stop this pandemic that has bought a state of apocalypse all over the world. With so many