South Indian filmmaker, Vignesh Shivan revealed when he and his girlfriend, Nayanthara are going to tie the marital knot. Find out! 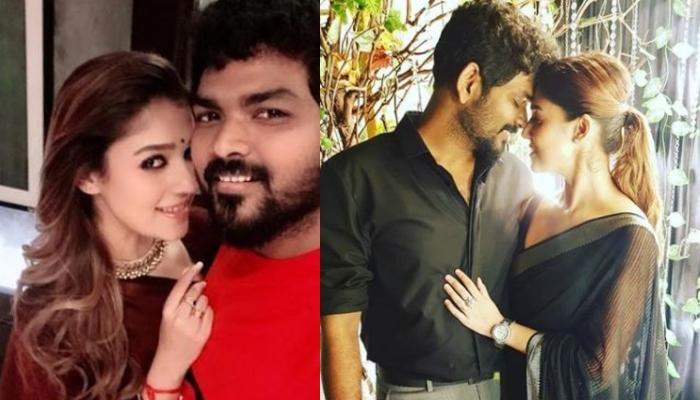 The year 2020 is going to be hated for generations because of all the tragedies that had happened across the globe. At the same time, many people and celebrities had shifted their weddings for the next year. There are still some brave celebrities who had gotten married in the lockdown. But there's one couple, whose marriage rumours are doing rounds all over the internet for quite some time now. Yes! We are talking about the South Indian actress, Nayanthara and her popular Kollywood director, Vignesh Shivan, whose wedding rumours are leading all the headlines right now. (Recommended Read: Ankita Bhargava Wishes A Baby For Divyanka Tripathi By Next Ganesh Chaturthi, Here's Her Witty Reply)

The couple had met for the first time on the sets of 2016 film, Naanum Rowdy Dhaan, in which Nayanthara had played the leading lady, while Vignesh Shivan was the director of the film. Since then, the couple is madly-in-love with each other and never skips a chance to give major couple goals to the millenials. With their marriage rumours running all over the internet, Vignesh Shivan has come forward to clear all the doubts of his fans and media. Scroll down to read it all!

In an interview with Behindwoods, when South Indian filmmaker, Vignesh Shivan was asked about his take on the ongoing reports about his and South Indian beauty, Nayanthara's wedding, the popular filmmaker revealed it all without any hesitation for the first time. Vignesh said, "Rumours about wedding keep coming up from time to time. We both have professional goals to achieve. We cannot think about marriage before that. Also, we are happy with the way things are, right now." Jokingly, Vignesh also added that he and Nayanthara would surely get married the day when they'll get bored with their dating life. (Don't Miss: Kirti Kulhari Opens Up About Marriage And Reveals How It Only Brought Positivity To Her Career)

On September 18, 2019, Nayanthara had taken to her Instagram handle and had posted a beautiful picture with her boyfriend, Vignesh on his birthday. In the picture, the stunning couple could be seen twinning with each other in the shades of black. While Vignesh had looked handsome in his black shirt and grey pants, Nayanthara had looked gorgeous as ever in her black saree. Along with this stunning photo, Nayanthara had written a cutesy caption that could be read as "Best friend, partner in crime and then love of life. HAPPY BIRTHDAYYY." Take a look!

The doting couple never fails to mesmerise us with their stunning chemistry and adorable pictures together. Last year, the couple was having one of the best times of their lives together, when they had attended Bruno Mars' concert in Las Vegas. A picture from the same was shared by Vignesh on his Instagram handle, and the two had looked way too adorable in the cute selfie. Along with the cutesy picture, Vignesh had written a sweet caption, and it could be read as "A happy pic With Mr Bruno Mars" followed by smiling emoticons. Take a look.

For the uninitiated, Nayanthara was in a relationship with T.R. Silambarasan a.k.a. Simbu, before her current beau, Vignesh Shivan. The two stars had come into a relationship at the beginning of Simbu's acting career in the industry. Both Simbu and Nayanthara had worked together in the film, Vallavan and that's where they had fallen in love with each other. But after some time, the couple had called it off mutually because of some personal issues. After which, Nayanthara had come into a relationship with Vignesh, and Simbu's marriage rumours with Trisha Krishnan are all over the internet. (Also Read: Chunky Panday Shares The Teaser Of His Daughter, Ananya Panday's Film, 'Khaali Peeli', Says 'WOW')

Do you find Nayanthara and Vignesh's jodi perfect? Let us know!