Dipika Kakar Posts Picture With Hubby, Shoaib Ibrahim, Look Adorable While Chilling With Each Other

Dipika Kakar Posts Picture With Hubby, Shoaib Ibrahim, Look Adorable While Chilling With Each Other

Dipika Kakar Ibrahim and Shoaib Ibrahim make their fans drool over their romantic pictures. On December 3, 2019, Dipika posted a lovely picture of herself chilling with hubby, Shoaib. 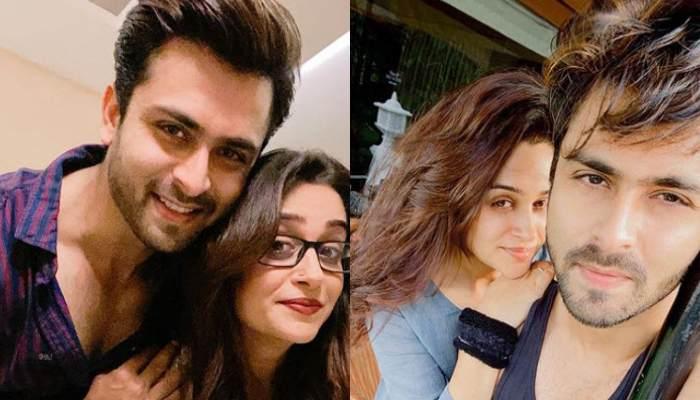 Pyaar Hua Chupke Se, Ye Kya Hua Chupke Se, Kyun Naye Lag Rahen Hain Ye Dharti Gagan, Maine Poocha To Boli Ye Pagli Pawan, Pyaar Hua Chupke Se – the feeling of falling in love is something which will be understood by someone who believes in the magic of love. From sleepless nights to putting an early morning alarm to meet your partner, from travelling together to eating your favourite dishes at your most loved places, from taking long walks on a breezy evening and enjoying the rains together, all these things make us believe that true love does exist. (Also Read: Samantha Akkineni And Hubby Naga Chaitanya Spend Their Vacation Time With Friends)

Television’s most loved couple, Dipika Kakar and Shoaib Ibrahim are a true inspiration and proof that true love exists. They met on the sets of Sasural Simar Ka and had become good friends. Dipika was already married then but her marriage ended on a bitter note. Eventually, their friendship had taken the form of love and the two decided to take their love to the next level and had tied the knot with each other on February 22, 2018, in a nikah ceremony.

On December 3, 2019, Dipika took to her Instagram handle and shared a lovely picture with her hubby. While Dipika looked like a fresh breath of air with a no-makeup look, her husband, Shoaib was seen relaxing while lying on the floor. Along with the picture, Dipika wrote a beautiful caption which could be read as “Yahan ki meethi thand, ye chhat aur inka saath #alhamdulillahforeverything” followed by a heart emoticon. (Also Read: Niti Taylor To Marry Her Fiance, Parikshit Bawa In February 2020, Reacts To Her Wedding Speculations)

On December 2, Dipika had shared candid pictures with her hubby and sister-in-law where they were enjoying their happy moment and were seen laughing their hearts out. She had captioned the pictures as “Kaayi dino se mera schedule itna busy raha hai ki hum teeno ko humaari gapshup ka waqt hi nahi mila!!! So here we are making best of the time and catching up on all our talks!!! and this is a moment and a bond I treasure the most!!! Allhamdulillah.”

As they say, everything is fair in love and war. Dipika had not only converted her religion for her nikah ceremony but had also added Ibrahim to her name. The lovely couple is an inspiration to all the people in love and has been giving major marriage goals. On November 23, 2019, Dipika had taken to her Instagram handle and had shared an adorable picture of her Saturday afternoon. In the picture, she was seen chilling with hubby, Shoaib and their dog, Cuddle. She had captioned the image as “Saturday afternoon at its best!!” followed by a heart emoticon.

After getting married, in an interview with The Times of India, Shoaib had talked about the post-marriage experience. He had stated, “I really can’t express it in words but there's a constant happy feeling. Now when you get late at work, you feel bad and want to rush home.” Dipika had also revealed the changes that came after the wedding and had said, “I can't put the feelings in words. I have noticed the change from the day I have got married. I initially thought it's ok Shoaib and I have been in a relationship for so long, but nothing has changed. Maybe the way I look at him, the respect towards him has grown. It's a priceless feeling.”

On February 14, 2019, the couple had celebrated their first Valentine’s Day after getting married. On the occasion, Dipika Kakar had posted a dreamy picture on her social media handle, clad in all white with red roses in her hand. Along with the picture, Dipika had written, “Its a day of Love, but its not just today your love enlightens my life each day!! Thank you for holding my hand and being the perfect one for me ... the love of my life!!! Happy Valentines Day @shoaib2087.” (Also Read: Nita Ambani Stuns In A Perfect Gota-Patti Lehenga, A Perfect Pick For The Wedding Season)

Aren't Dipika and Shoaib looking adorable? What do you think? Keep us posted. We live in a world, where when a person repeats an outfit, it becomes a topic of discussion. And if that person is a celebrity, it becomes a national issue. We all start to dig deep to find out where we have seen them wear the same outfit before or how