We all know that Dipika Kakar and Shoaib Ibrahim's love brewed on the sets of 'Sasural Simar Ka', but we don't what made their relationship strong. Check out as Dipika Kakar reveals it all! Falling in love is one of the strangest yet most beautiful things, a human being can ever experience. We are born to love as it is the most essential need for us to survive. When you fall for the right person, your entire life starts going in the right direction. No matter how chaotic your day might be, in the end, you will sleep with a big smile on your face. And that's what happened with the reel-life couple turned real-life couple, Dipika Kakar and Shoaib Ibrahim. (Recommend Read: Celina's Son, Arthur Turned 3, Talks About Him Being In Incubator And Living With The Loss Of Twin)

Dipika and Shoaib's love story is not less than a fairy tale, and they had made us believe that true love can be conquered with a little bit of patience and a lot of respect. Shoaib and Dipika had first met on the sets of Sasural Simar Ka and had instantly felt the connection. However, it was Dipika, who had resisted acknowledging her feelings as she had just gotten out of an unhappy marriage with Raunak Mehta. But soon, she felt the connection with Shoaib. And on February 22, 2018, the duo had gotten married in Shoaib's hometown in Uttar Pradesh.

Recently, in an interview with Pinkvilla, Dipika reminisced the good old days of Sasural Simar ka, and revealed the thing which bonded her with Shoaib on the sets of her first show. She shared, "Both of us can never forget the time we spent together while shooting for Sasural Simar Ka. We met on the set of the show and our life’s journey together began there. I still remember the times when we would, as a ritual, have our favourite breakfast of chai and bun-maska together. It almost became a routine for us." Dipika further added, "Whilhoot schedules were really hectic, we managed to steal these moments and spend time together enjoying a simple morning meal before the shoots, and that strengthened our bond and got us closer." (Also Read: Divya Agarwal Defends Beau, Varun Sood, Slamming a Troll For Calling Him A Replacement For Raftaar) 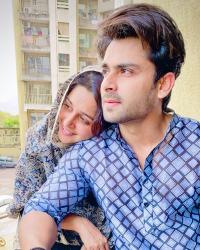 Earlier, in an interview with The Times of India, Dipika had talked about how she had fallen in love with Shoaib, and had shared, "I wanted to be sure that this relationship wasn’t on the rebound. Also, we were getting to know each other better. No matter how progressive we become, being a divorcee has some kind of a social stigma attached to it in our society. I had that stamp on me. But he gave me that space and despite being aware of my past, never complained about it. He has in fact always respected that. Coming from a small town, even his parents never let me feel that. I have always longed for family. Ammi sends dabba for me when my mother is not there. I feel I am more close to his mom than him. Everything is positive and we are more at peace now." 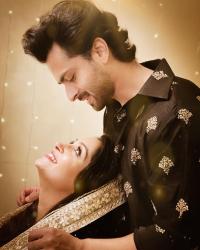 We remember once Shoaib had opened up on the best moment of his life with Dipika in an 'Ask Me Anything' session on his Instagram handle. A user had asked him to share the best moment, which he had spent with his wife, Dipika. To this, the actor had shared, "Jab humne ek dusre ko qubool kiya". Another user had asked him what he had learned during the quarantine. To which, Shoaib had replied, "Ghar par apni mom, wife, sister unko unke kamon mein help karna." (Don't Miss: Kangana Ranaut Shares A Childhood Photo In School Uniform, Penned Her Feelings About Logic And Fear) 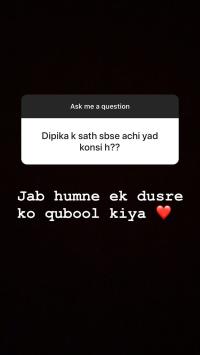 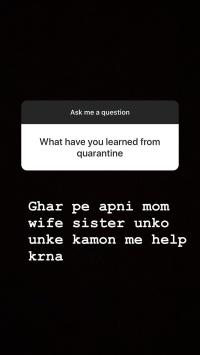 So, Dipika and Shoaib fell in love over a cup of tea and a bun maska! Isn't it sweet? 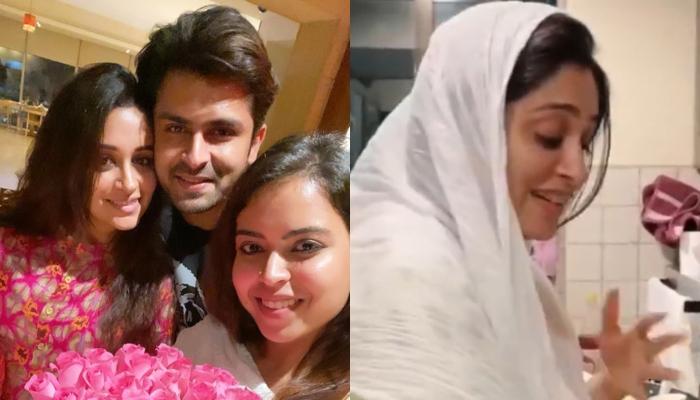 No one had guessed that the TV show, Sasural Simar Ka was paving way for a possible romance between the actors in the lead roles of the same! Dipika Kakar and Shoaib Ibrahim had fallen in love with each other while working together and after dating for a while, the couple had