Kangana Ranaut shares a picture from her school days and along with it, penned a note about holding on to feelings and the debate between mind and heart. Scroll down to read more! 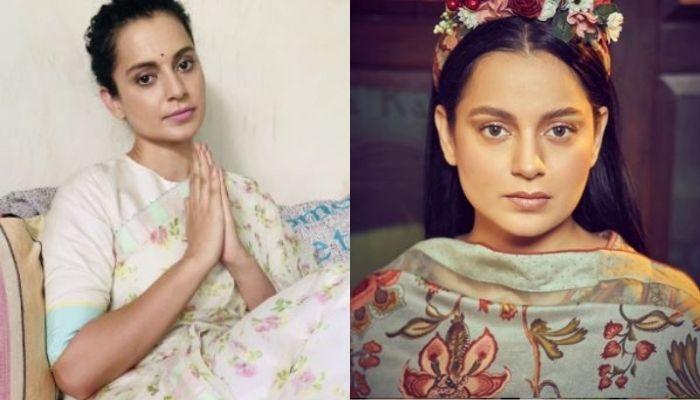 Kangana Ranaut is a savage lady, who is never afraid to speak her mind. She is bold, beautiful, unfiltered, and unapologetic and these qualities make her standout of the lot. If in Bollywood, there is one actress, who is not scared of the ‘movie mafias’ as she had said earlier on Karan Johar’s chat show, Koffee With Karan, then it is one and only Kangana Ranaut. However, recently the actress was made to pay the price for her unfiltered tongue. (Also Read: Neil Nitin Mukesh's Wife, Rukmini And Daughter, Nurvi Twin In Pink and Golden Ethnic Outfits)

While Kangana was in her hometown and presenting her unapologetic opinion in Sushant Singh Rajput’s mysterious death case, she had taken a panga with Mumbai’s leading party, Shiv Sena. As a result of this, BMC officials had ended up demolishing a part of her office in Mumbai, even before she could make it to her office. The nation is now divided between pro and anti Kangana Ranaut, and the actress has been issuing several statements post that. Now, Kangana has taken to her Twitter handle to share about holding on to the feelings.

Taking to her Twitter handle, Kangana chose to go back in time and shared a throwback childhood photo, where little Kangana can be seen in her school uniform, posing with her school friend. Along with it, Kangana shared a strong message about the battle between mind and heart. She wrote, “Mind is loud and clever, feelings are naive and subtle in nature, never let your mind dominate your feelings, hold on to that little feeling deep inside your heart buried and pushed away by your logic and fears,  hold on to it no matter how stupid or absurd it is, let it guide you…” Take a look: 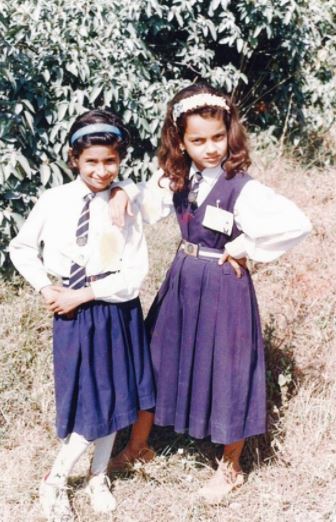 Yesterday, Kangana had visited her office, accompanied by her y-plus security to inspect the demolished rooms by the BMC officials. After taking a look at the situation, Kangana had said that she doesn’t have money to renovate her office and thus, she will work from the damaged place only as a symbol of a woman’s will that dared to rise in this world. Union Minister, Ramdas Athawale had also met Kangana at her residence and had later revealed that she is welcome to join BJP or RPI if she ever wishes to join any of the one. However, he also revealed that Kangana has no interest in joining politics. Also, Kangana is reported to leave Mumbai on September 14, 2020 and return to her hometown, Manali after her home quarantine period. (Recommended Read: Smriti Khanna Shares A Glimpse Of Her Daughter, Anyaka's Cuteness, Looks Super Adorable In A Onesie)

Earlier, in the interview with Republic TV, Kangana had alleged that an actor had taken advantage of her during her early days in Bollywood. She had claimed that the actor had once gotten intimate with her after spiking her drink and had become her ‘self-appointed husband’. This had made her mother worry about her even more. Taking to her Twitter handle, Kangana had shared a picture with her mother, Asha Ranaut and had mentioned how her mother had started crying over a phone call, when she had called her to ask her about her interview. She had revealed that her mother is fasting in a hope that her daughter gets married  after she had unveiled her brutal past in public. Sharing the picture, she had written, “Kal raat mata ji ko utsukta se phone kar ke poocha kaisa laga interview toh woh ro padi. Kehne lagi main tumhari shaadi ke liye upvaas karti hoon, tum duniya bhar mein apne saath hue gande haadson ko batati hi rehti ho. Ab phone pe phone aa rahe hai, lagta hai unka rone ka nahi, rulane ka iraada hai. Kya kiya jaaye?” in Hindi. (Don't Miss: Anita Hassanandani's Love-Filled Picture With Rohit Reddy Gives A Glimpse Of Their Passionate Love) 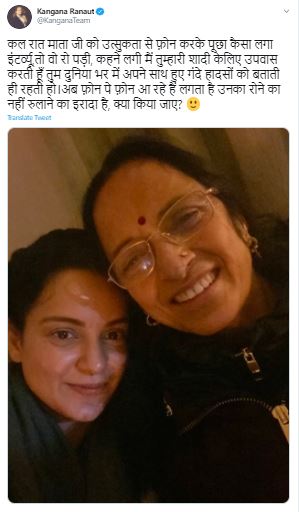 What are your views about Kangana’s strong message?