Cooking is not just about making food, but rather it is all about pouring all your love in a dish! Check out how Dipika Kakar's 'nanad', Saba Ibrahim cooked a special biryani for her!

Believe it or not, but there is a lot of hidden meaning in the simplest gesture of cooking food. When we prepare a meal for someone, it is our way of letting them know that you hold a special place in my heart and it is considered a token of pure love! However, over centuries, we have become so used to seeing our grandmother, mothers, sisters and sisters-in-law cooking that we forget how self-giving the whole process is. Television actress, Dipika Kakar Ibrahim's nanad, Saba Ibrahim also expressed her love by cooking the actress favourite meal! (Recommend Read: Unseen Picture Of Radhika Merchant From Her Sister, Anjali's Wedding, Flaunting Her Beautiful Smile)

We all know the lovely bond Dipika shares with her sister-in-law, Saba. They are more like sisters than sisters-in-law. From stuffing each other with yummy food to making each other's birthday extra special, this nanad-bhabhi duo has redefined the relationship for many of us. Ever since, Dipika had said 'qubool hai' to Shoaib Ibrahim, she has been taking full care of her family and on the other hand, her in-laws' love her unconditionally. 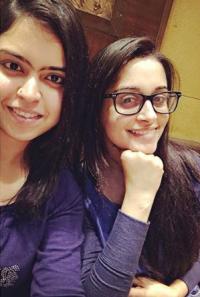 Currently, the entire nation is on a 21-day lockdown which has led everyone to stay at home. And in these testing times, everyone is confined to their home. On April 5, 2020, Dipika got food cravings and her sister-in-law, Saba cooked a yummy biryani for her bhabhi. Dipika shared the picture of the same on her Instagram story, and wrote, "When I'm craving and she makes this for me! Biryani by @saba_ka_jahan". Take a look at it below: 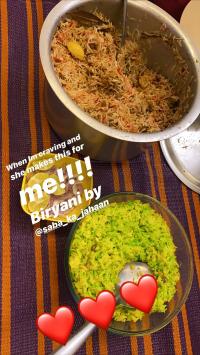 A few days ago, Dipika had donned the chef's hat and made some yummy french fries with Dalgonaa Coffee that was loved by her entire family. Saba had taken to her Instagram handle and had posted the pictures of the tasty fries on her Instagram stories, and had written, 'Ekdum MacD ki tarah french fries banaye hain bhabhi ne ghar par". (Also Read: Sumeet Vyas Shares An Adorable Baby Bump Picture Of Darling Wife, Ekta Kaul, Calls Her Sunshine) 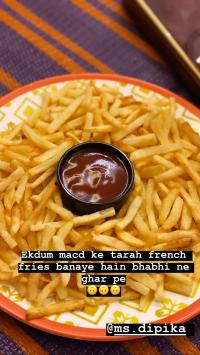 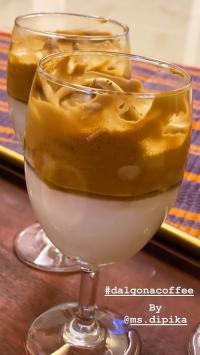 For those who don't know, Dipika and Shoaib's relationship brewed on the sets of Sasural Simar Ka. However, Dipika always resisted her feelings as she had already suffered at the hands of an unhappy marriage with Raunak Mehta. In an interview with  SpotboyE, the couple had shared the details of their love story. Shoaib had stated, "Frankly, no one has officially proposed to anyone. That happened now. When we were doing the show (Sasural Simar Ka) together, there was nothing. Actually there was something. When I left the show, we realised there is something which is missing." Dipika had further added, "Yes. After that we felt that there is something between us, we are not just friends. If you ask me, we don't have a cute love story like others." (Don't Miss: Ravi Dubey And Sargun Mehta Light-Up Diyas, Post Photos As Netizens Trolled Their Social Distancing) 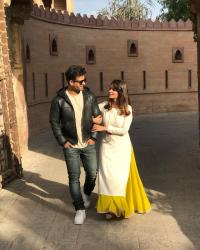 Well, we love the bond of Dipika and her nanad, Saba! What about you?