Dipika Kakar and Shoaib Ibrahim are a match-made-in-heaven. On February 22, 2020, the duo completed two years of marital bliss and began their anniversary with a cake cutting ceremony. 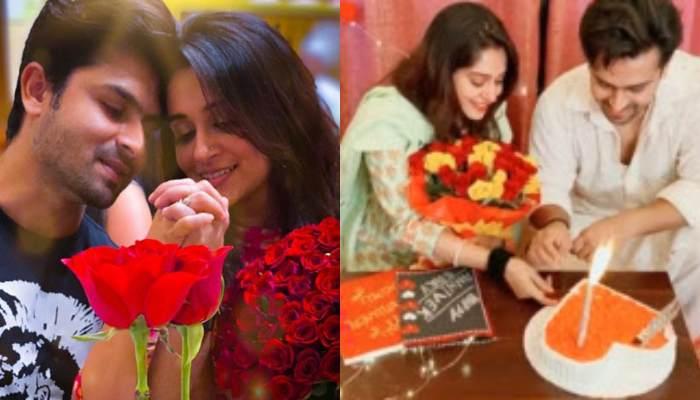 Love is one of the most beautiful feelings of this world which makes you forget the entire world and you and your partner remain happy in your own cocoon. The emotion one undergoes when in a relationship is beyond any measures and the feeling of having someone whom you can blindly trust is out of this world. Television’s favourite star, Dipika Kakar has gone through similar emotions when she had found love in the arms of Shoaib Ibrahim. A mere look at Shoaib and Dipika gives us major relationship goals. (Also Read: Saath Nibhaana Saathiya Star Lovey Sasan Delivered A Baby Boy, Reveals The Name Of Her Son)

They met on the sets of Sasural Simar Ka and had become good friends and after dating for almost 3 years, they had decided to go public and had confessed their love for each other. On February 22, 2018, the duo had tied the knot in a nikah ceremony. On February 22, 2019, the couple had completed one year of marital bliss and on February 21, 2019, the lovebirds had a pre-anniversary celebration with a beautiful photoshoot where Dipika and Shoaib had looked like a vision and had twinned in white ensembles. Sharing pictures from the same, Dipika Kakar had written, “Yesssss its been a year of the most precious day of my life... of being Mrs Dipika Kakar Ibrahim.... and my world has bloomed with love ever since!!! Be Ready Guys The Celebration beginssssss!!!!!"

On February 22, 2020, Dipika and Shoaib began their second anniversary with a surprise from the Ibrahim family. Shoaib’s sister, Saba Ibrahim shared a video, where both Shoaib and Dipika started their anniversary with a cake-cutting ceremony. Dipika was seen getting emotional as she received a bouquet from her mother-in-law, the lovely couple then went on to cut a heart-shaped cake. Along with the video, Saba wrote a heart-melting note for her bhai and bhabhi which can be read as “Happy anniversary bhai bhabhi @ms.dipika @shoaib2087. Allah yeh sath humesha banaye rakhe aur khush rakhe aap dono ko. Ammi, papa, Riza, Rehan and Me are blessed to have you both in our lives... ma sha Allah... Alhamdulillah.”

On their first anniversary, Shoaib Ibrahim had made it super-special for his wife, Dipika Kakar Ibrahim and for the first time ever, he had stepped in the kitchen to make chai and parantha for his joru. Floored by his sweet gesture, Dipika had posted a video on her Instagram handle and had written, “So today on our 1st wedding anniversary my day started with this gesture by my Husband... mai bata dun ye kabhi kitchen me kadam nahi rakhte n he did this only to make me feel special... @shoaib2087 this is the sweetest effort... and definitely totally unexpected!!!” (Also Read: Drashti Dhami Shares A Liplock Picture With Husband, Neeraj Khemka On Their Fifth Anniversary)

After taking their wedding vows, Shoaib Ibrahim and Dipika Kakar had done something unique. Sharing a fun series of pictures on their respective Instagram handles, the lovebirds had captioned them with the ‘unofficial wedding vows’ that they wanted to promise each other. Shoaib Ibrahim and Dipika Kakar Ibrahim had captioned the pictures as, “Some unofficial marriage vows!!! Smallest things are the most important. So here we promise each other we will do our duties and help each other in all the daily chores of every day!!! We will spread happiness in our lives and never let the friendship fade off. We will build a happy comfortable world for ourselves and stay happily ever after. #dodilmilrahehain #dodilmilgaye”.

In a 2018 interview with SpotboyE, Dipika Kakar was asked about family planning and babies. To which, she had replied, “It is so funny this Mother's Day I wished so many ladies and at least 90% of them have replied, ‘Waiting for you to join (laughs).’ I was like, ‘Excuse me, I just got married.’ But seriously for family planning, there is time… at least a year to go.” When probed if she is fine putting her career on hold for the baby, she had stated, “Why not? I am a complete home person. If Shoaib tells me someday that, ‘Beta aap aaram karo main hoon.’ I will say, ‘Ya, Ya please mujhe kaam nahi karna.’ I am more than happy being home.” (Also Read: Karanvir Bohra Celebrates First 'Mahashivratri' With His Wife, Teejay And Kids, Bella And Vienna)

Here's wishing a very happy anniversary to Dipika and Shoaib! 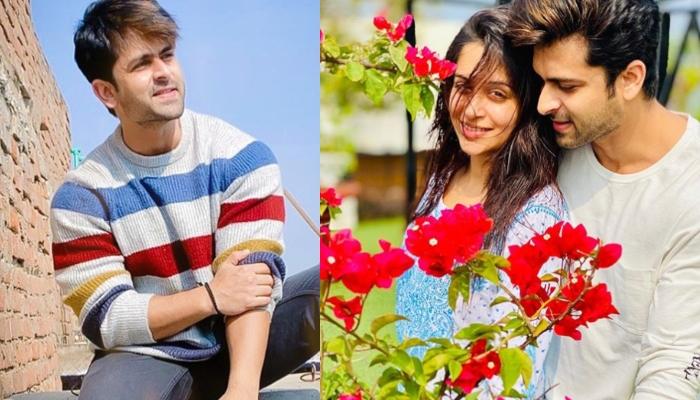 The moments spent with the one you love is always the most cherished ones. The journey of being friends to soulmates is the most beautiful one, which cannot be described in mere words. Quite often, we are adored by the chemistry of celebrity couples and get inspired by their bond!