The beloved jodi of telly land, Sasural Simar Ka fame couple, Dipika Kakkar and Shoaib Ibrahim were in the news recently for their wedding bells to ring by the end of February 2018. Ever since they have fallen in love, they have been in the limelight by the paparazzi. Their on-screen and off-screen chemistry is commendable and which is what led them to be united for life. 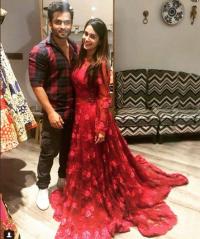 Recently, we stumbled upon some of the pictures where the lovebirds are seen boarding the train. As per reports, the couple have left Mumbai for Bhopal. This news gives us the confirmation that as they have left for the wedding destination, the wedding bells are soon going to ring. As per SpotboyE, the much-in-love Nach Baliye couple is going to tie the knot on February 26, 2018, and as per the sources, the wedding will take place according to Muslim rituals. Mehendi and sangeet ceremony is scheduled to take place on February 25, 2018, and after the wedding, a star-studded reception will be held in Mumbai for the industry friends. The actress and bride-to-be, Dipika herself took to her official Instagram handle and shared these two adorable pictures:

The couple is using #DoDilMilRaheHai hashtag in their posts and with the same hashtag, we found the details that they have left for Bhopal. And guess, what they even recreated the train scene from the film DDLJ and they are as adorable as Simran and Raj in the film. As per the sources, the duo wants to have a hush-hush ceremony, with only family members and some close people from the telly land are invited to their wedding. Recently, the groom-to-be also shared an adorable video from their wedding shopping where Dipika was looking gorgeous doing the wedding lehenga trial. In case, you missed it, check it out here. Here are other adorable pictures of the couple from their journey to Bhopal and how they were welcomed there: 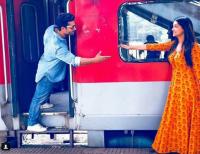 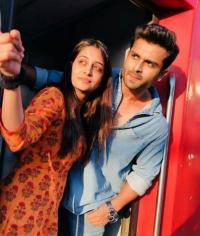 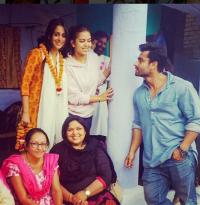 Earlier our little birdie mentioned that the couple is planning a destination wedding and they will zero it down among Bhopal, Lucknow, Jaipur or Kanpur as the options. It seems like they settled for the venue in the city of lakes, Bhopal. For the unfamiliar ones, it is second marriage for Dipika as she was earlier married to Raunak Mehta. It’s pleasing to know that she has found her love again, that too in her co-star. The couple met on the sets of Sasural Simar Ka and fell in love with each other. They dated for almost four years and then, they were sure of each other and their relationship. And now finally, they are taking it to the next level

We cannot wait to see you both as Mr and Mrs becoming a happily married couple!