Dimpy Ganguly and Rohit Roy have already begun the celebrations for their daughter, Reanna's third birthday and the family of three have jetted off to Paris.

It was 2010 when the son of former Union Cabinet Minister, Pramod Mahajan and ex-Bigg Boss contestant, Rahul Mahajan took his wedding vows with Dimpy Ganguly on national television after hosting a Swayamvar. Rahul and Dimpy’s marital life didn’t last long and she filed a case against him for physical abuse in 2014. Soon, love knocked Dimpy’s door for the second time in the form of her childhood friend, Rohit Roy, who is also a Dubai-based businessman. Destiny brought them together and now they are a happily married couple blessed with a super-adorable baby girl, Reanna. (Also Read: Sushmita Sen Performs Rituals At Brother Rajeev Sen And Charu Asopa's Bengali Wedding, Video Inside)

Ever since Dimpy Ganguly and Rohit Roy had welcomed Reanna in their lives, they have been enjoying the parenthood phase to the fullest with their little angel. On June 20, 2016, Reanna came into the lives of her parents and filled it with love and happiness. When Reanna had turned two-year-old, Dimpy and Rohit had begun the celebrations days before and the elated mommy gave glimpses of how excited the little one is to turn from ‘free ticket’ to ‘full ticket’. Here’s a glimpse of their ‘happy birthday’ dinner when Reanna had turned 2: 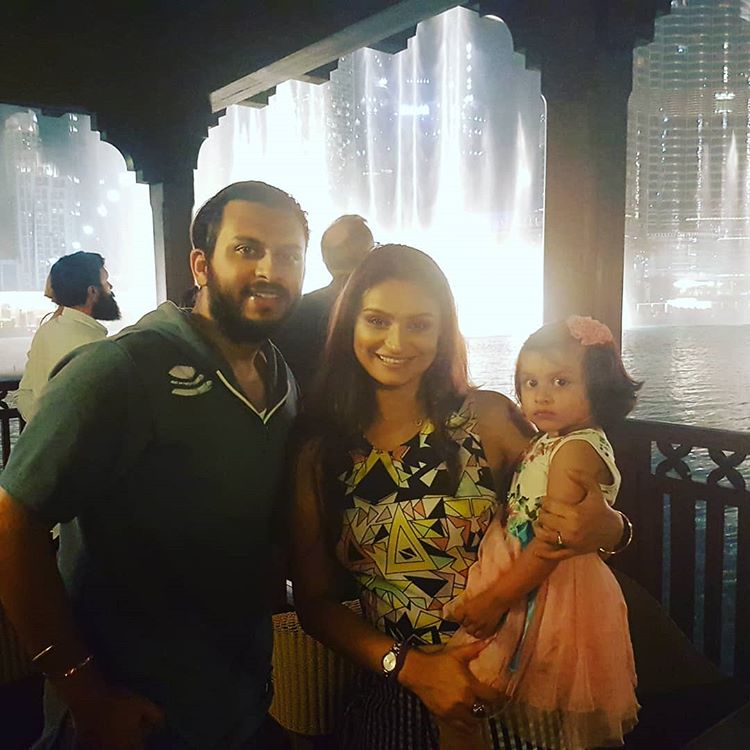 Similarly, the proud parents, Dimpy Ganguly and Rohit Roy have jetted off to Paris as their little angel, Reanna is all set to turn 3 and they don't want to leave any stone unturned to make their little one’s birthday a special one. Sharing pictures from their Disneyland outing, 5 days before Reanna turns 3, Dimpy captioned her post as, “Reanna's birthday party at Disneyland!!! #disneyland #disneylandparis #reannaturns3 #inseadmoments #2019”. 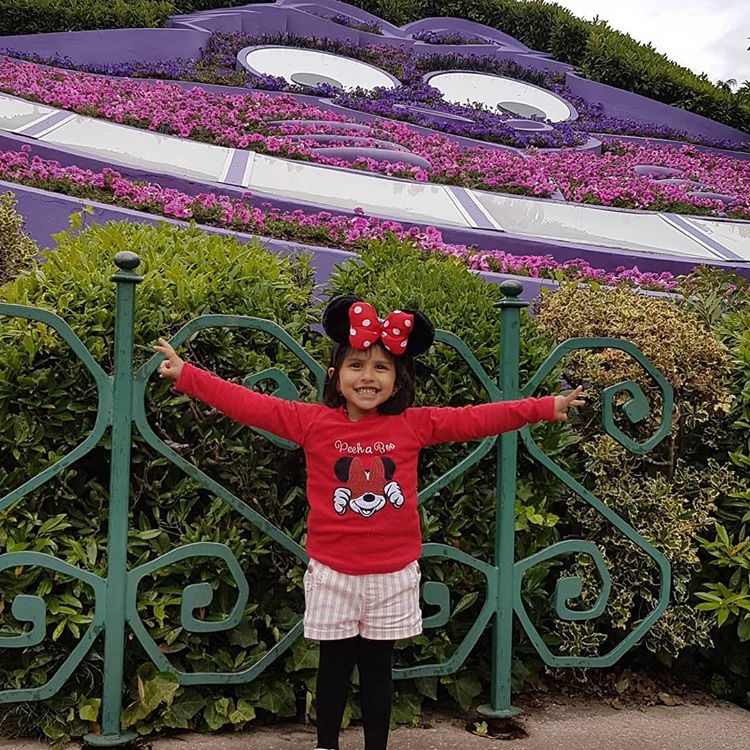 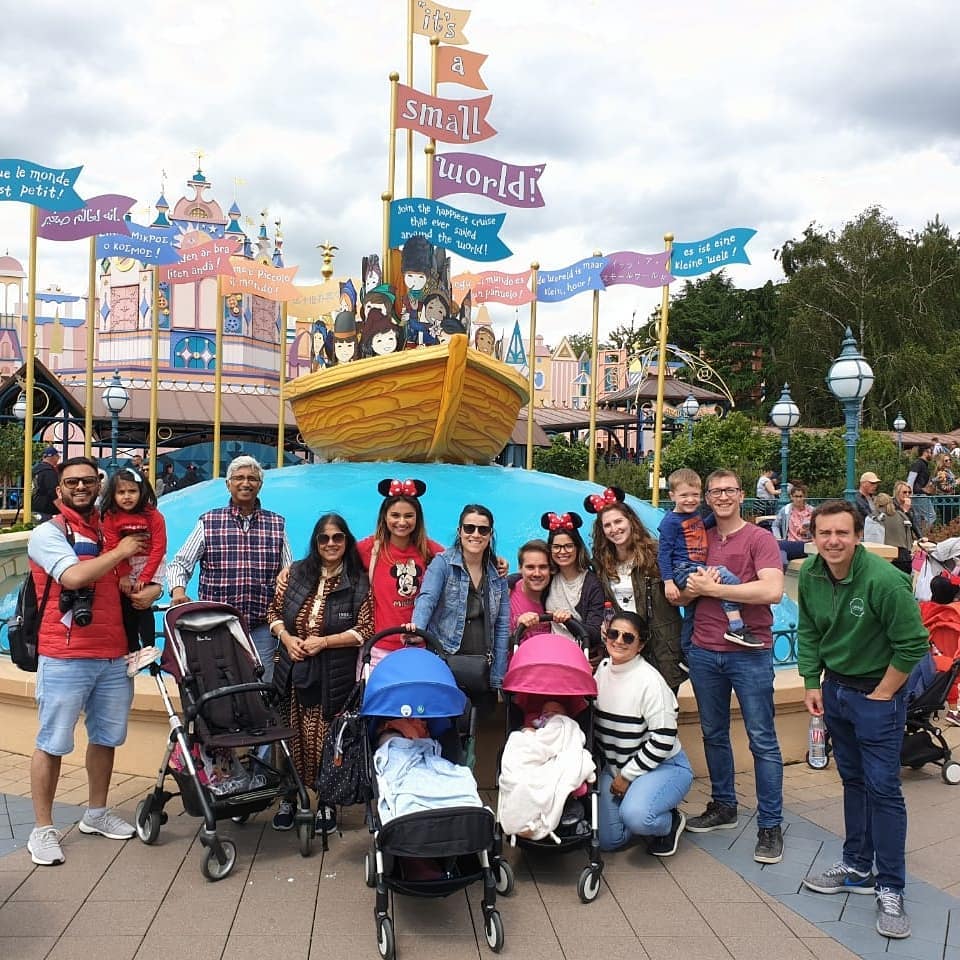 When Reanna had turned 1, Dimpy Ganguly had shared an emotional note, defining her entire journey on her Instagram handle. Dimpy had written, "She came to me wide-eyed and smiling after 3 days of labour at 1 in the morning. And it was really strange for me cos I am used to seeing babies crying right after they are born (courtesy Hindi cinemas) but not reanna! Her eyes were the most distinct feature of her face. They were steel grey and full of wonder checking out this whole new place she has just entered with only one familiar thing - my smell. And although my first reactions were like "can I touch her?" And when I did I was almost expecting her to be a plastic doll so imagine my surprise when the skin felt warm with her blood pumping through all her parts!! I kept holding her skin to skin experiencing so many emotions all at once but the only words that came out were "oh my god"!” (Also Read: AbRam Khan Leaves For A Kids Summit In London With Parents, Shah Rukh Khan, Gauri Khan, Looks Dapper) 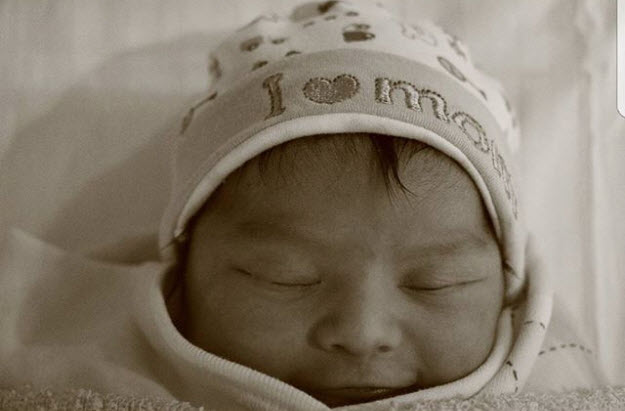 Dimpy Ganguly had continued, “The only time she cried was when the midwife was taking her away from me to clean her and weigh her - her first sign of affection for me, and in those few minutes my heart felt like it's being ripped apart! Ever since she is mostly like that - wide-eyed and ever smiling (unless u count the teething phase of course). Be it vaccines or ear-piercing or falling down bruising her cheeks, getting a bump, my brave little girl really knows how to get right up and bring that smile on (with a little help from nursery rhymes too..lol) and for that, I'm so proud of her!” 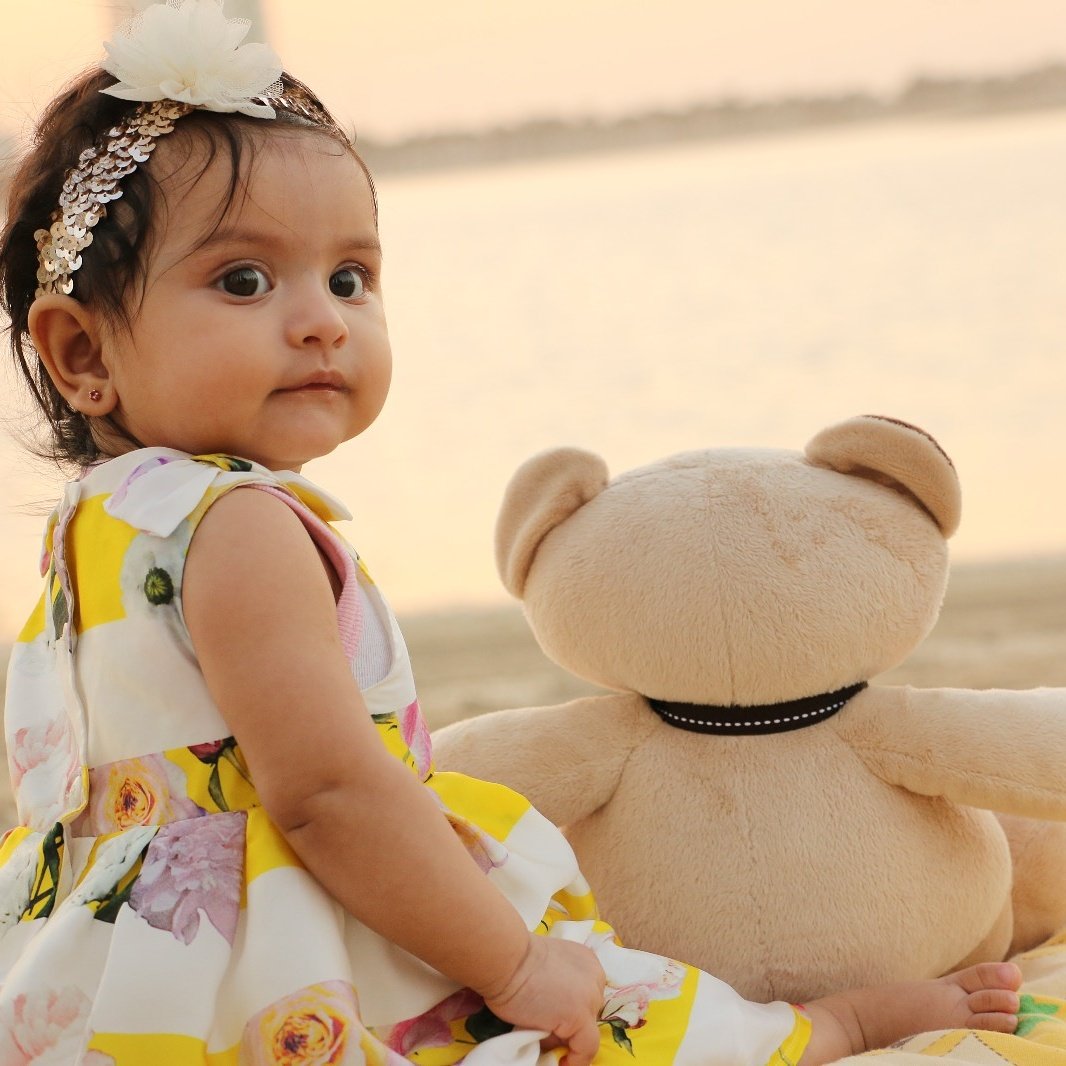 The Bong beauty, Dimpy Ganguly had then concluded by saying, “Life has changed and so has my body but I have never been so proud, so happy, so complete. And for that, I only have my little person to thank for! Being a parent is the single most challenging thing I have ever done/ continue to do. But it's also far and away the greatest joy in my life. It has given me purpose, taught me patience and expanded my heart to inexplicable horizons. Time flies and she is a whole-year-old today and as I celebrate her first birthday I would like to thank my partner in every crime for taking this journey with me. The "GRAND-parents" for being so so so so so so so supportive towards us young parents. God only knows what we would have done had u not been around. The ever doting mamas/meshos/ masis and for the hundredth time God for entrusting me with the life of this little human. Happy birthday Reanna! You have no idea how loved you are!" 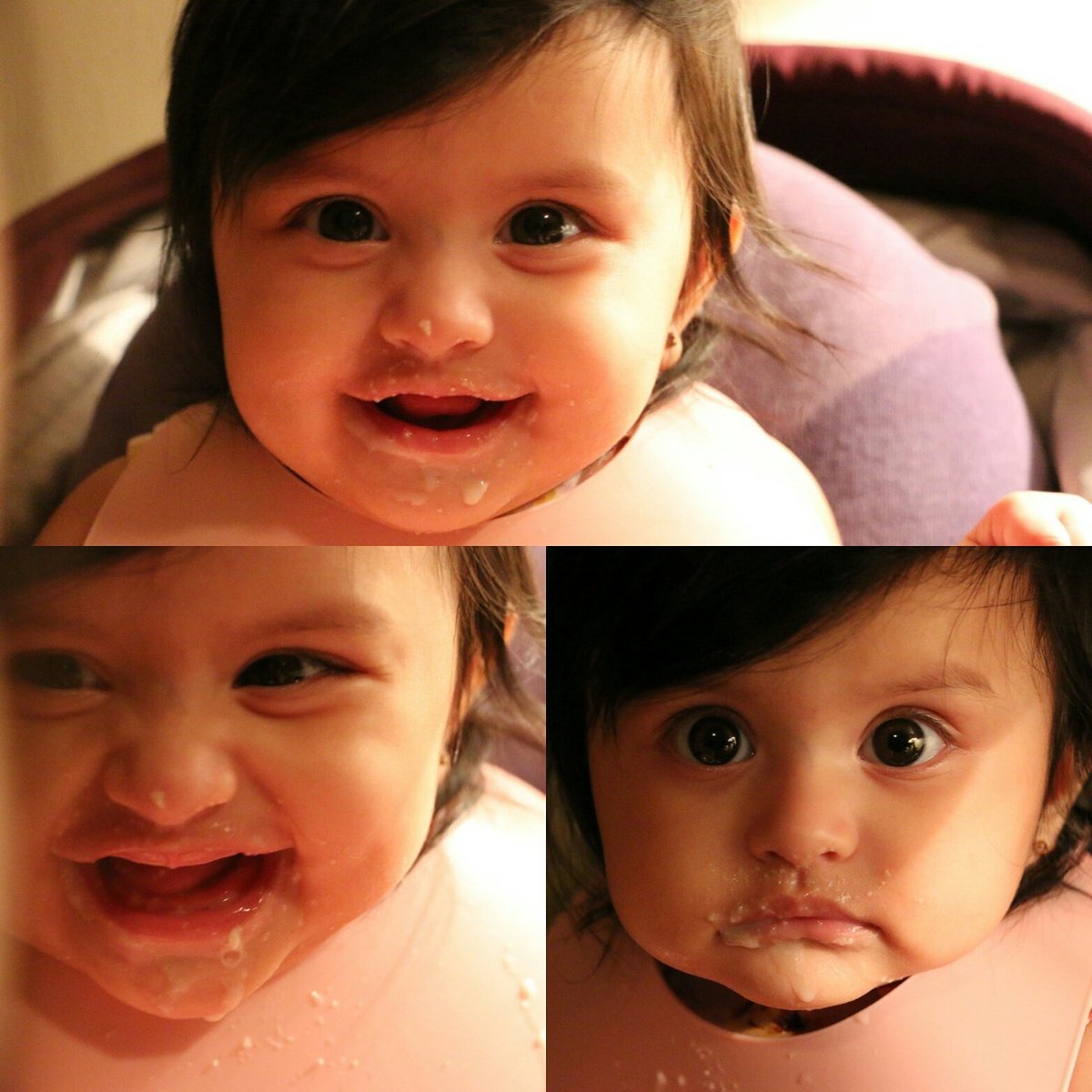 Announcing the arrival of her little angel, Dimpy Ganguly had posted a picture of herself from her maternity shoot and had captioned it, "Our baby girl Reanna decided to come to us early with 100000 hugs 2000000 kisses and million cuddles waiting for her on 20th of June early morning..lighting our world up like eternal Christmas! I would like to thank all my friends and family for being with us through this journey and God almighty for blessing us and praying that He guides me on this new journey of parenthood every step of the way! Dugga! Dugga! Thank you daddypie @acidxxx for capturing this moment! Love you!?" (Also Read: Shahid Kapoor Reveals That His Fights With Wife Mira Rajput Kapoor Last Upto 15 Days, It Bothers Him) 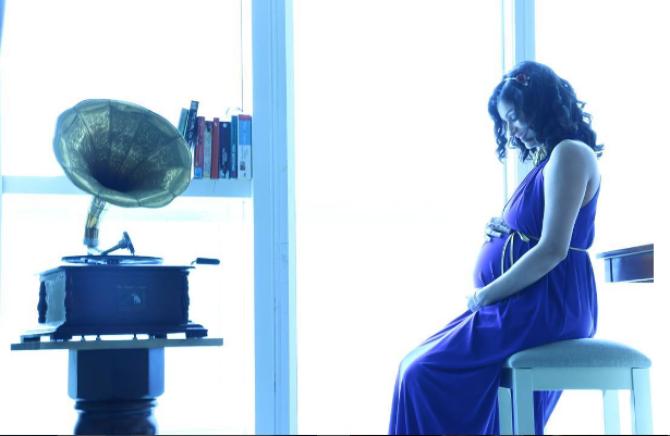 We can’t wait to see Reanna’s third birthday pictures! What about you? 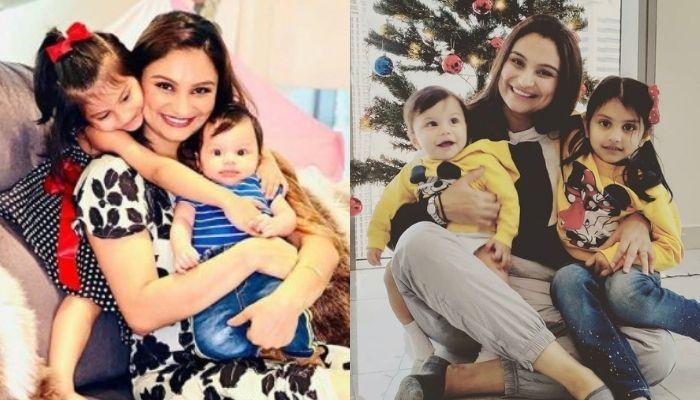