Dimpy Ganguly shared a toothless picture of her son, Aryaan, but it was their resemblance that made us say 'Like mother, like son'! Check out!

Having a baby around is like being around constant happiness. Their every activity can fill our heart with love and all we wanna do is to cuddle them the tightest and notice their every cute antic. A parent counts on the days to see their kids do their firsts of everything, first word, first walk, first tooth and every other thing. Dimpy Ganguly is also waiting for her son, Aryaan’s tooth as she shared a toothless picture of her son, but their resemblance made us say 'Like mother, like son'! (Also Read: Neil Nitin Mukesh's Daughter, Nurvi Wears Her First Saree For Ganesh Puja, Dances On A Marathi Aarti)

Dimpy Ganguly had found her soulmate in her childhood crush, Rohit Roy. Dimpy and Rohit had known each other for years and had tied the knot on November 27, 2015. The couple had embraced parenthood on June 20, 2016, with the arrival of a little angel, whom they had named Reanna Roy. And on Easter Eve i.e., April 11, 2020, Dimpy and Rohit had completed their family with the arrival of a baby boy, whom they had named Aryaan. It was on Dimpy’s 32nd birthday that she had blessed her fans with her baby boy’s first ever picture, wrapped in a towel, looking like a mush ball. Ever since, Dimpy has shared her son, Aryaan’s first full picture, she has been sharing his glimpses every now and then. Taking to her IG stories, Dimpy shared a picture of Aryaan, playing in his bedding and laughing. His toothless smile is too cute to be expressed in words and if you look a little closer, his eyes and smile resemble with his mother. Sharing the picture, Dimpy wrote, “The toothless!” Take a look: 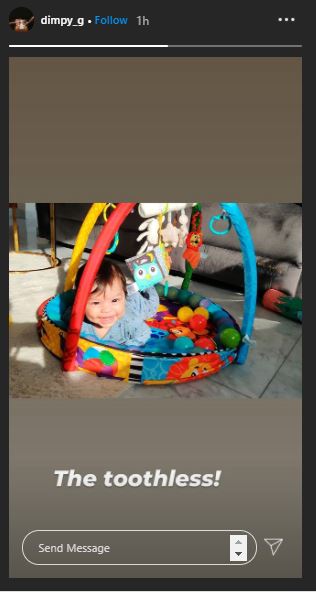 Dimpy has been showering her fans with cute little moments of her kids, since a long time and continuing the same, she had shared a cute Boomerang video on her IG stories last month. In the Boomerang video, we could see, Dimpy’s daughter, Reanna sitting on her nani’s lap, holding her baby brother, Aryaan and giggling while playing with him. Both the kids could be seen enjoying their nani’s lap. Sharing the video, Dimpy had written, “IT’S A GOOD MORNING” followed by a red heart emoticon atop it. Take a look:

Dimpy’s love for her kids is unconditional and so looks the love of her daughter for her little brother. Taking to her IG stories, Dimpy had shared a picture of her two little munchkins, holding hands while fast asleep. The picture had purely talked about sibling love and the sense of protection the sister-brother have for each other. Sharing the picture, Dimpy had written, “Sibling love..” followed by a red heart emoticon atop it. (Don't Miss: Kushal Tandon Rubbished The Rumours of Dating Ankita Lokhande After Her Breakup From Sushant) 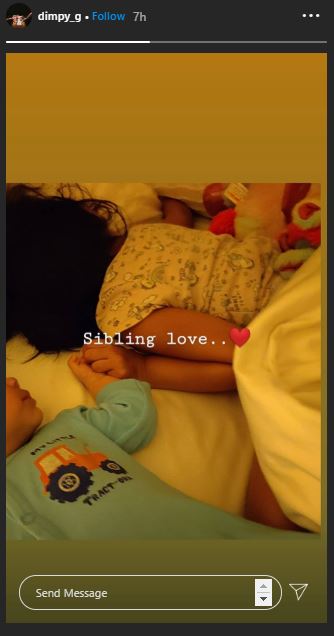 It was on June 7, 2020, when Dimpy had posted their first-ever full family picture with Rohit, Reanna and Aryaan in the frame on her wood anniversary. In the picture, we could see the chain of kiss, where Rohit could be seen kissing Dimpy on her forehead and she could be seen kissing their daughter, Reanna, who was kissing her baby brother. She had captioned it as "5 years.. 4 different houses.. 3 countries 2 babies 1 love! Happy 7th of June @acidxxx #5thanniversary #woodanniversary." 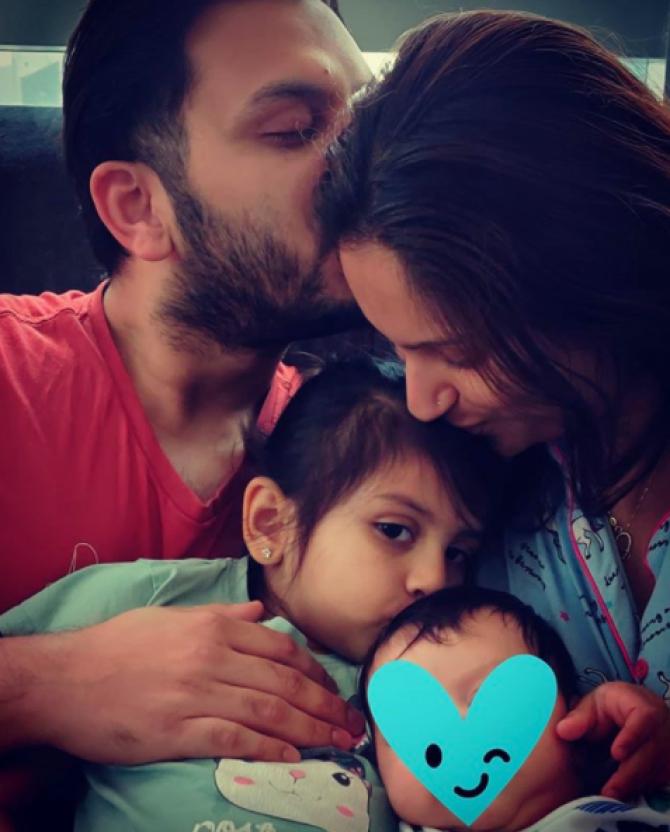 On April 13, 2020, Dimpy had posted the first-ever partial glimpse of their little bundle of joy as he had rested in his daddy’s arms. As big sister, Reanna couldn’t stop admiring her baby brother, the moment captured by Dimpy was nothing less than a frame-worthy picture. Captioning the sweet moment, Dimpy had written, “My world #blessed” followed by a heart. (Recommended Read: Anushka Sharma Is Pregnant, Shares A Picture With Virat Kohli Flaunting Baby Bump And Pregnancy Glow) 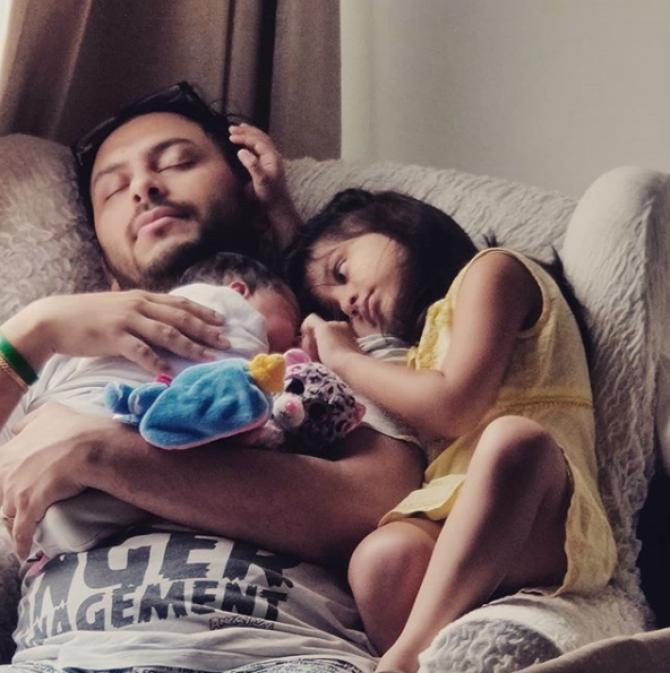 Do you also think that Aryaan has got his eyes and smile from his mother, Dimpy Ganguly? Let us know!

Dimpy Ganguly Shares A Video Of Kids, Reanna And Aryaan Showering Love On Her Soon-To-Be-Born Baby 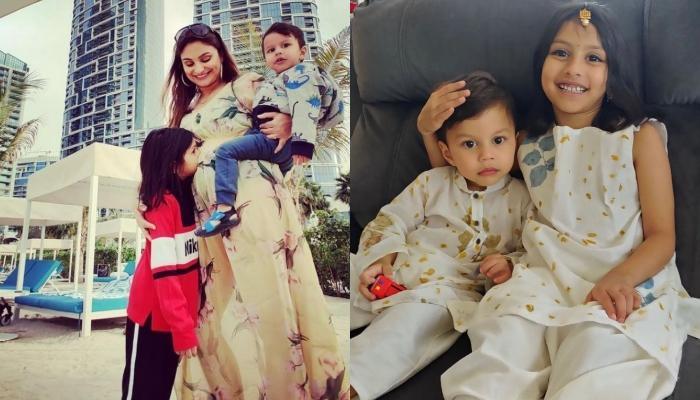 When a woman is expecting, her family members are super excited to hold the baby in their arms. However, it's the siblings, who are most excited to shower their soon-to-be-born baby brother/sister with love. Bigg Boss fame, Dimpy Ganguly, who is blessed with two wonderful kids, Reanna Roy and Aryaan