Preggers Dia Mirza Aces Her Maternity Fashion In A Breezy Dress, Her Pregnancy Glow Is Unmissable

Preggers Dia Mirza Aces Her Maternity Fashion In A Breezy Dress, Her Pregnancy Glow Is Unmissable

Preggers Dia Mirza shares a twirling video from her Maldives vacation. She looks stunning as she aces her maternity fashion.

Actress and soon-to-be mommy, Dia Mirza had a gala time in the Maldives as she had enjoyed her honeymoon and babymoon together. The stunning actress had announced the news of her pregnancy a few days back after returning from her honeymoon with her hubby, Vaibhav Rekhi. And since then, we are hooked to her social media handle. It seems like Dia is enjoying every moment of her pregnancy to the fullest as we got a glimpse of her, acing her maternity fashion as she had enjoyed a moment amid the luscious greenery of the Maldives.

Also Read: Akshay Kumar Hospitalised After Being Tested Positive For COVID 19, Hopes To Be Back Home Soon

It was on April 1, 2021, when Dia Mirza had taken to her Instagram handle and had shared a cute pregnancy announcement. The gorgeousness had posted a picture, which was clicked by her hubby, Vaibhav Rekhi. In the picture, we could see Dia donning a breezy orange dress while cradling her baby bump. Alongside it, Dia had written, "Blessed to be. One with Mother Earth. One with the Life Force that is the beginning of everything. Of all stories. Lullabies. Songs. Of new saplings, and the blossoming of hope. Blessed to cradle this purest of all dreams in my womb." 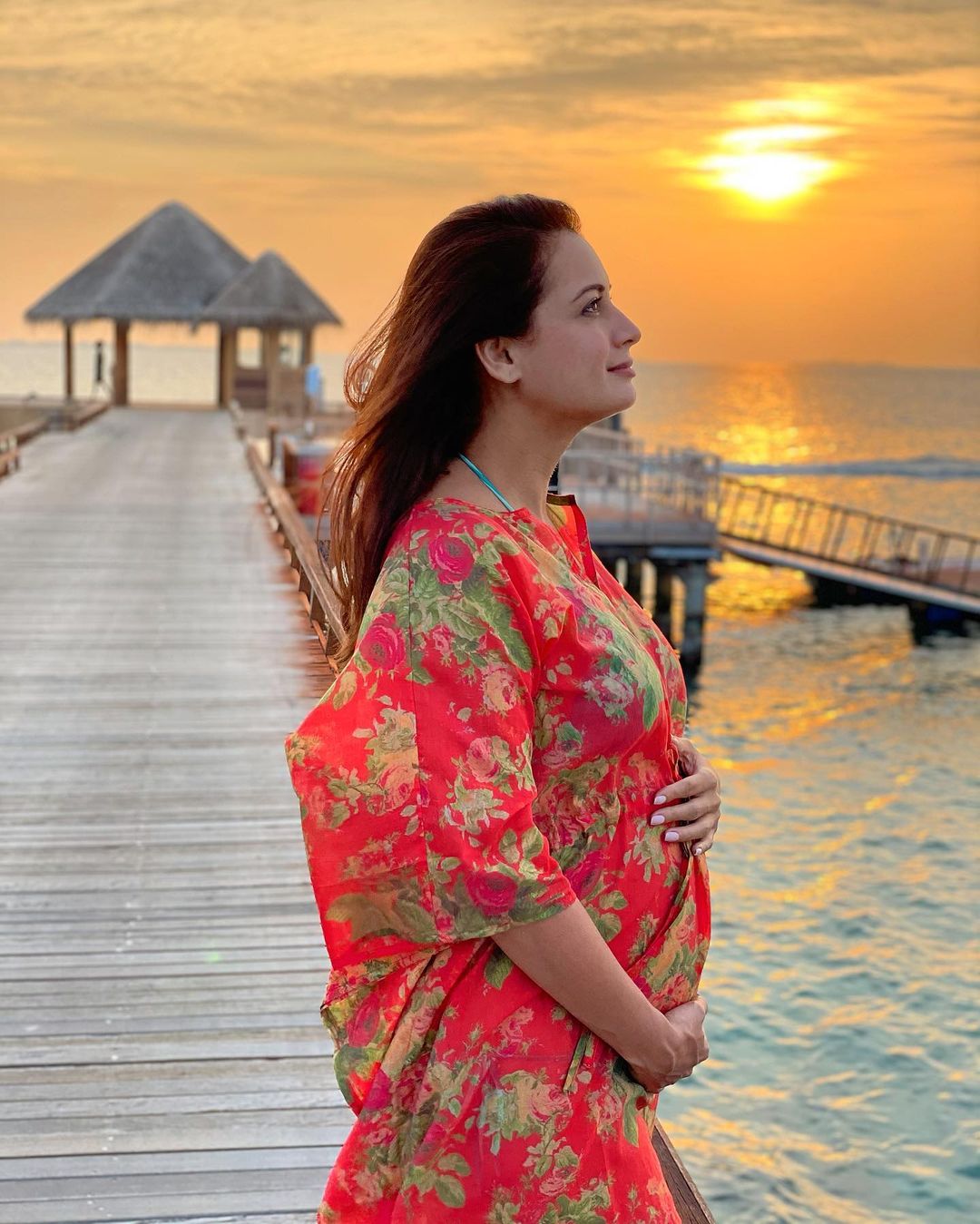 On April 4, 2021, Dia took to her IG handle and shared a video from the Maldives, looking gorgeous in a breezy dress. In the video, Dia looked stunning as she twirled around in an A-line V-neck beige dress with balloon sleeves. She complemented her look with a pair of tan brown strappy flats. With subtle makeup and hair left open, Dia’s pregnancy glow was unmissable. She captioned the video as “Sunshine Sundays. Happy Easter!!!”

On February 15, 2021, Dia Mirza and Vaibhav Rekhi had decided to be each other's forever partners. The gorgeousness had given a huge surprise by tying the knot again after her divorce from Sahil Sangha. Taking to her Instagram handle, Dia had perfectly described her new beginnings and had shared a candid picture with her hubby, Vaibhav. However, it was her caption that had perfectly narrated her story, "No matter how hard the past is, you can always begin again.”– Buddha." 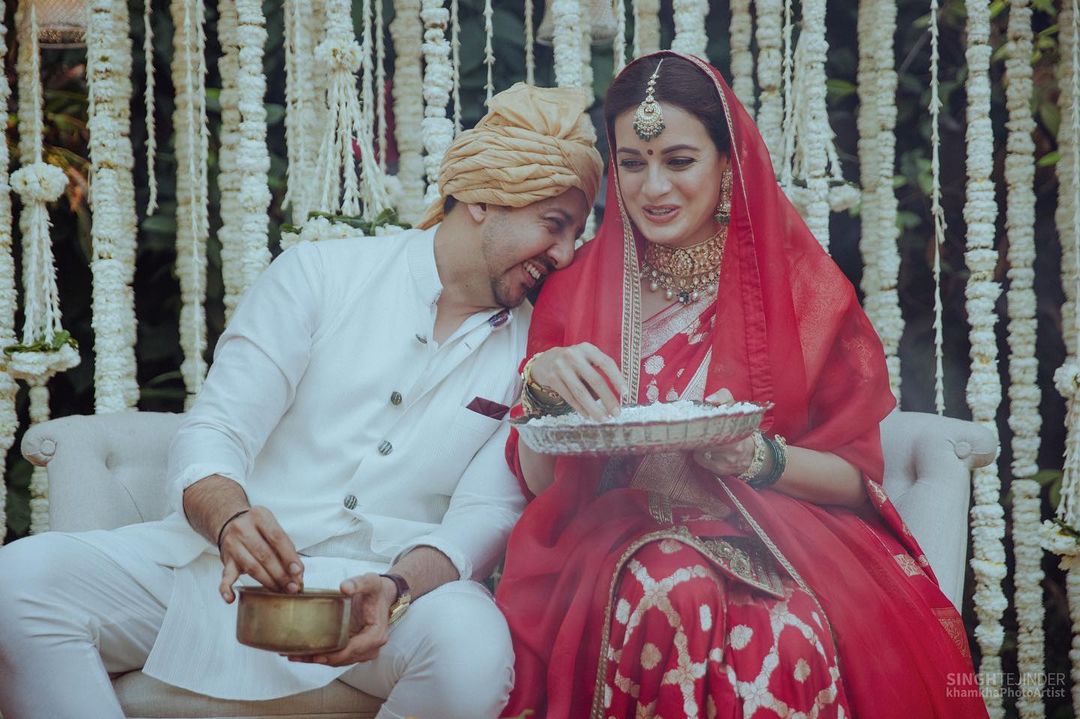 Soon after the wedding, Dia Mirza had resumed her professional commitments and more than a month after tying the knot, she had managed to take some time for a much-needed vacation with her husband, Vaibhav Rekhi. Dia and Vaibhav had jetted off to the Maldives to spend some quality time together and on their vacation, she had turned muse for her husband. The ever-so-gorgeous, Dia had paired her green bikini set with a handcrafted white shrug which had green and blue work on it. While Dia was in a mood to pose, Vaibhav had captured every beautiful moment of his wife and the actress had shared them on her IG handle on March 26, 2021. 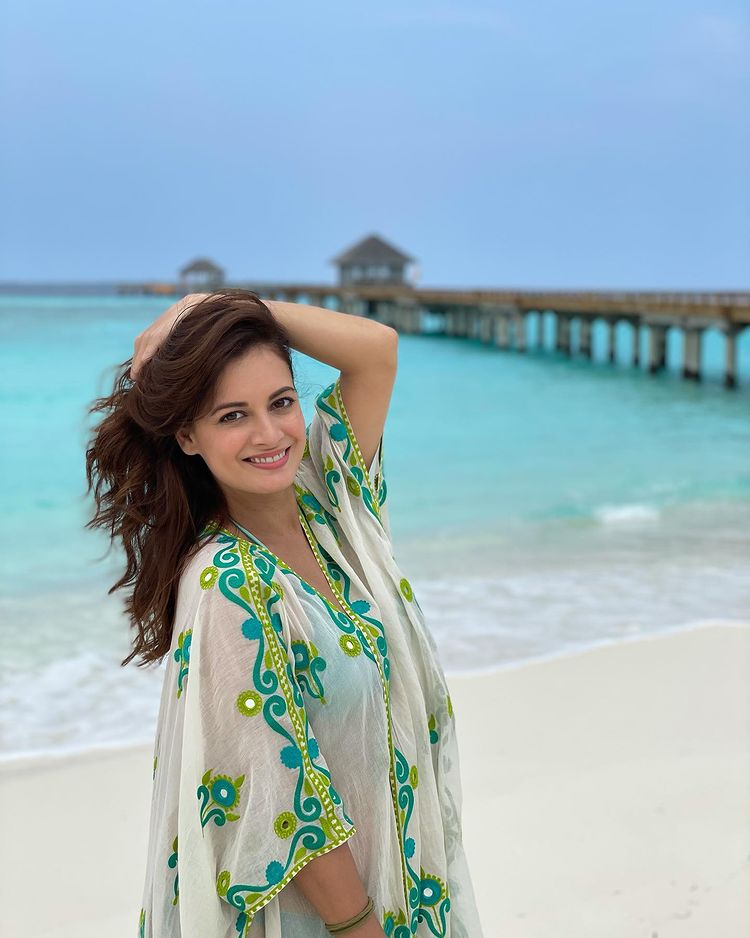 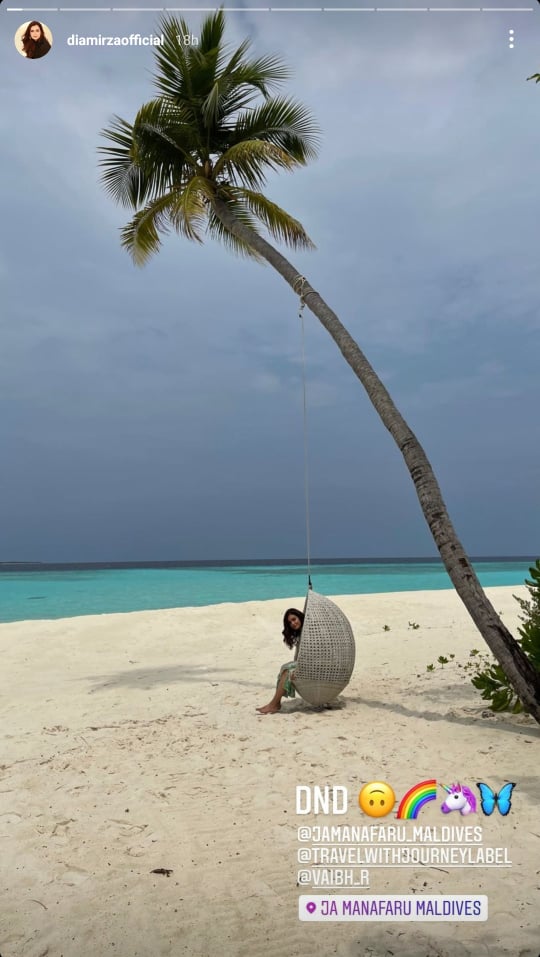 For those who don't know, Dia and Vaibhav's wedding was performed by a priestess. Taking to her IG handle on February 16, 2021, Dia had shared a few wedding pictures and in one picture, we could spot a priestess performing the rituals. Sharing the picture, Dia had written, "Love is a full-circle that we call home. And what a miracle it is to hear its knock, open the door and be found by it. Sharing this moment of completion and joy with you..my extended family. May all puzzles find their missing pieces, may all hearts heal and may the miracle of love continue to unfold all around us #ThankYouPreeta #SunsetKeDiVaNe." 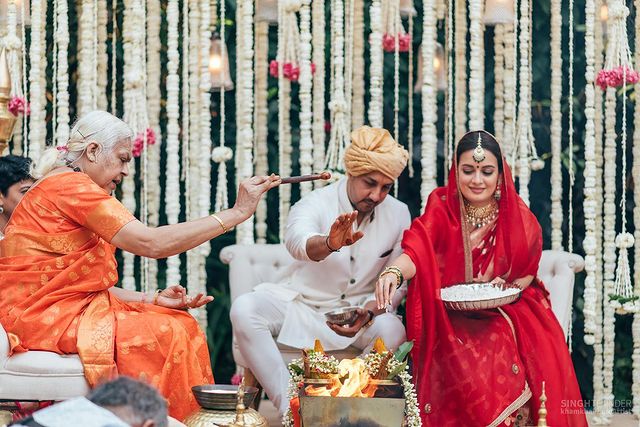