The ‘I Do’ moment has finally arrived for Dia Mirza and Vaibhav Rekhi as the lovebirds have tied the knot in an intimate ceremony. Here's a video of Dia's bridal entry and it will melt your heart.

Just as much overwhelming the feeling of finding love and marrying your soulmate is, losing your partner and removing ‘forever’ from your love is equally heart-shattering. Sometimes, with time, people change, circumstances change and so do relationships. But when life gives you a second chance with love knocking the door of your heart, don’t let your fear win and instead welcome the new beginnings with open arms. That’s what Rehnaa Hai Terre Dil Mein fame, Dia Mirza did, when love knocked the door of her heart for the second time and on February 15, 2021, she stepped onto the beautiful journey of marriage with Mumbai-based businessman beau, Vaibhav Rekhi. (Also Read: Parzaan Dastur Ties The Knot With GF, Delna Shroff, Shares Beautiful Pictures From His Parsi Wedding)

Dia Mirza was earlier married to Sahil Sangha but in 2019, the couple had announced their mutual separation in a joint statement. Two years after parting ways with Sahil, Dia had found love in Vaibhav Rekhi, who is the founder of Piramal Fund Management Pvt Ltd. Vaibhav was also earlier married to popular yoga instructor, Sunaina Rekhi and has a daughter from his first marriage. From the past few weeks, the dating rumours of Dia and Vaibhav were all over the media and internet. With no official announcement, through social media posts, Dia had confirmed her wedding with Vaibhav and a member of ‘team groom’ has already arrived at the bride’s residence. Dia’s close friend, Aditi Rao Hydari posted an IG story, dressed up for the wedding and wrote, “Always got your back father @vaibhav_r”. 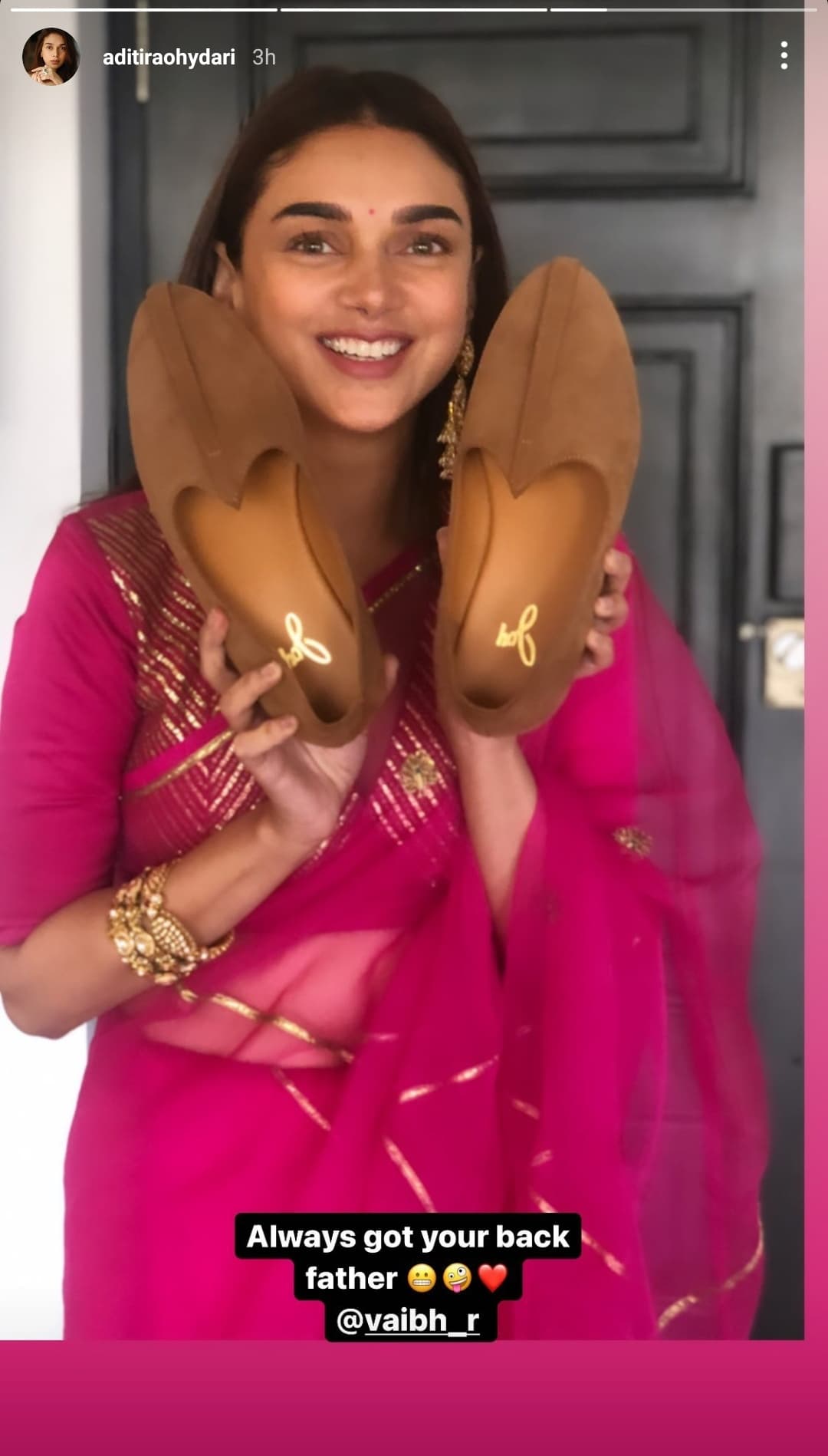 The ‘I Do’ moment has finally arrived for Dia Mirza and Vaibhav Rekhi as the lovebirds have tied the knot in an intimate ceremony. For the wedding, Dia looked graceful as ever in a red Banarasi saree with gold jewellery, green Maharashtrian bangles and gajra accentuating her look. Vaibhav complemented her well in a white kurta-pyjama with a matching Nehru jacket. While we were admiring Dia and Vaibhav’s first pictures as husband and wife, a video of her bridal entry stole our hearts away. Dia walked down the aisle in phoolon ki chaadar with Vaibhav’s daughter, Samaira Rekhi (from his first marriage) and this beautiful moment made her bridal entry even more magical. Samaira could be seen holding a placard which says, “Papa’s Girls”.

On February 14, 2021, the Rekhi family had hosted a bridal shower for Dia Mirza and welcomed her into their family. For the celebration, Dia had picked a beautiful full-sleeve white-hued gown with a veil and ‘bride’ tiara over her head, and a bride-to-be sash. But as always, it was Dia’s million-dollar charming smile that won our hearts. One of Dia’s friends posted an unseen picture of the bride-to-be from her bridal shower and the actress had reposted the same on her IG handle. Dia also posted a picture of her bridal mehendi, and flaunted her pyaar for Vaibhav with the lovely pre-wedding glimpse. (Also Read: Actor Sumanth Ashwin Marries GF, Deepika Raju, Reveals Love Story And Why He Was Jealous Of MS Dhoni) 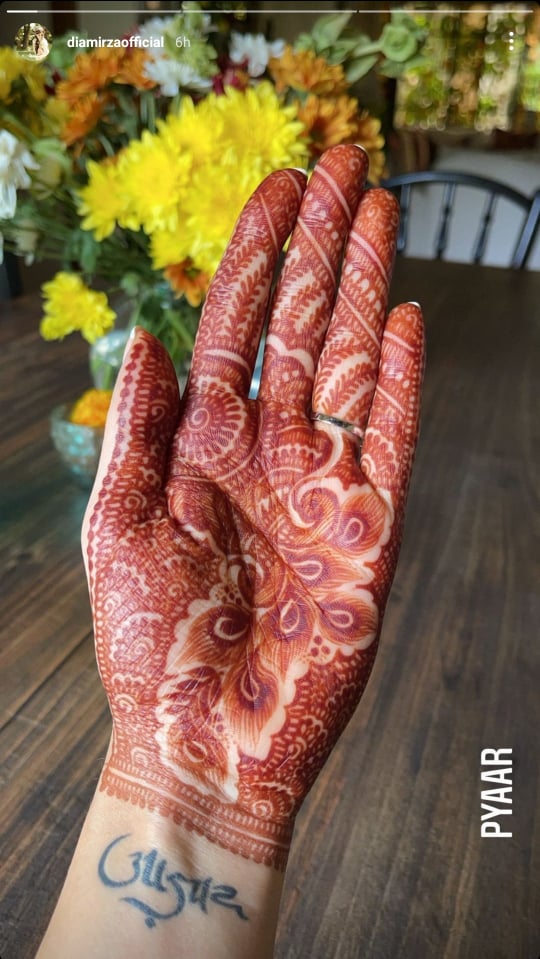 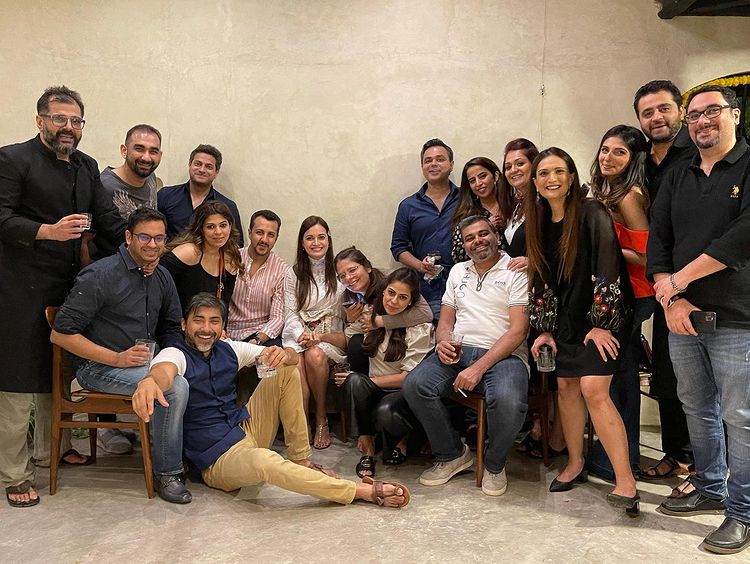 A source informed Pinkvilla that Dia Mirza and Vaibhav Rekhi’s wedding will have a registrar present at her residence to register their wedding and a few of her industry-mates are expected at the ceremony. The source was quoted as saying, “The wedding is happening in the evening today in her building’s garden. Dia and Vaibhav are both extremely excited about their big day and her friends including director Rajkumar Hirani, Malaika Arora and Zayed Khan are expected to attend.” 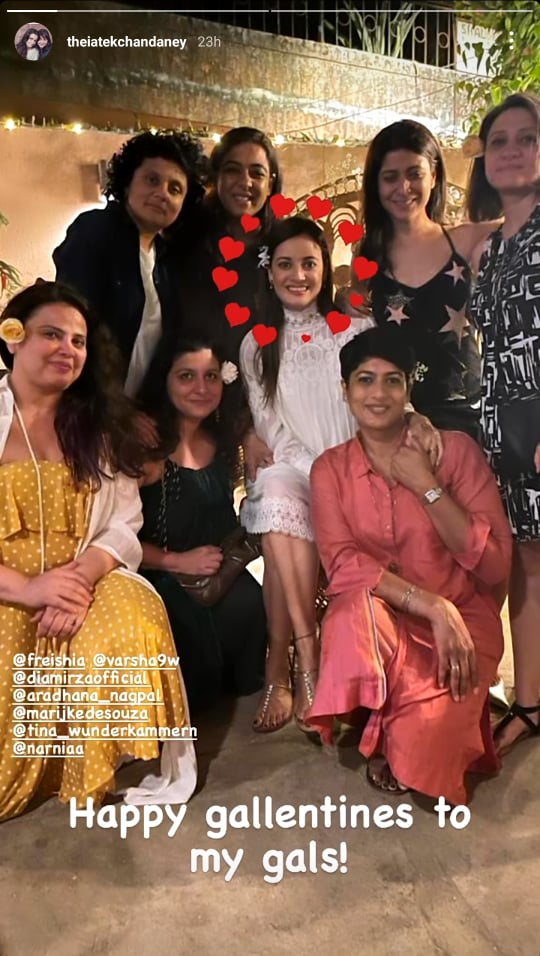 Once in a throwback interview with the Filmfare, Dia Mirza had spoken about what she had learnt so far with her relationships. Dia had said, “That you can never know what’s going to happen. You feel and experience something and the next moment you’ll be wondering this wasn’t expected. Fact is, when you fall in love, you aren’t privy to many things about your spouse. There’s always a surprise coming your way. It’s more about how you accept them.” When asked if she would go for love over lust, Dia had retorted, “They’re both important. You need to lust after your partner because love can only take you that far. Lust is important too.” (Also Read: Hina Khan Celebrates 'Gem', Rocky Jaiswal's Birthday, Customised Universe Cake Steals The Limelight) 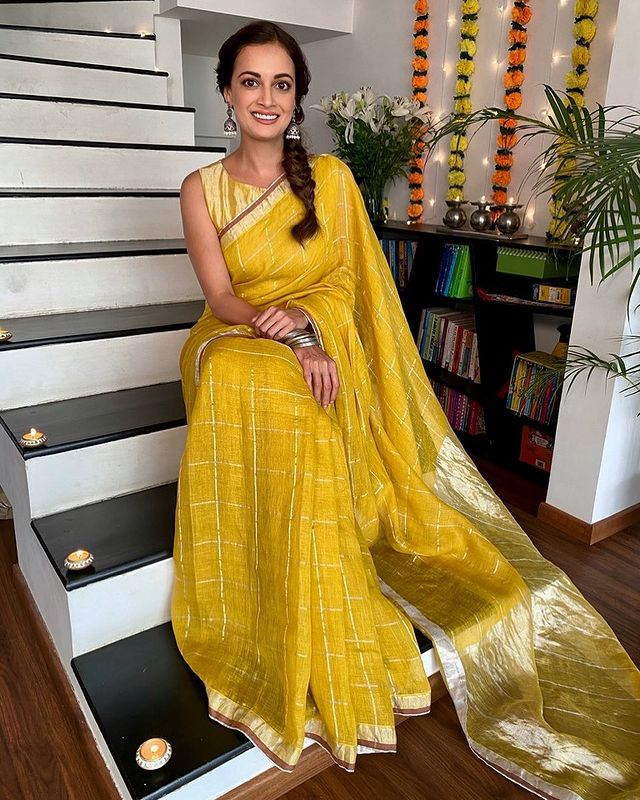 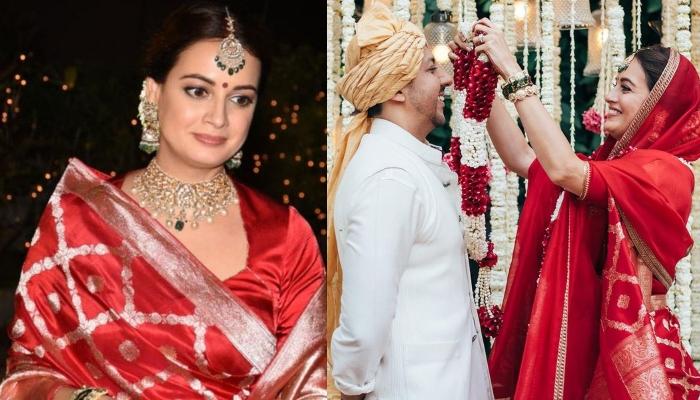 We have seen, read and heard a lot about how amazing it is to be in love for the first time and experiencing the butterflies and jitters when you are with your partner. But sometimes, first love isn’t the last one and things don’t work out the way you had imagined