South star, Sumanth Ashwin finally tied the knot with his girlfriend, Deepika Raju after dating for a year. The actor revealed why he was jealous of the former Indian captain, MS Dhoni!

Who doesn’t think of going to a wedding and finding love in the most abrupt conversation with a stranger? We have grown up watching these kinds of love stories and we all pray to hit the right chord with the right person at a wedding. Don’t we all tease all the single girls and guys to find someone in the festivities of a wedding? Well, South star, Sumanth Ashwin actually has a love story like this, which has finally become mukammal as he tied the knot with his girlfriend, Deepika Raju. However, do you know he was quite jealous of the former Indian captain, MS Dhoni before his wedding? Scroll down to know why! (Also Read: Neeti Mohan Announces Her First Pregnancy On Her Second Anniversary With Nihaar, Flaunts Baby Bump)

South actor, Sumanth Ashwin is the son of producer and filmmaker, MS Raju. He had made his debut in South industry in 2012 with the film, Tuneega Tuneega. He had later acted in various films, however, his most celebrated ones are Prem Katha Chitram 2 and Happy Wedding. On the other hand, Deepika Raju has studied biotechnology and is a research scientist based in Dallas. While the actor worked in the film, Happy Wedding, his love tale with his girlfriend, Deepika Raju also resulted in a 'happy wedding' as the two tied the knot on February 13, 2021, and looked gorgeous. After knowing each other for one year, South actor, Sumanth Ashwin tied the knot with his ladylove, Deepika Raju on February 13, 2021, at 8:46 AM. The wedding was attended by 100 people including their close friends and family, keeping the COVID-19 restrictions in mind. For the wedding, while the groom wore a traditional white pancha and dhoti with a turban, the bride wore a traditional red saree with gold jewellery. The happiness of getting married was evident on their faces. 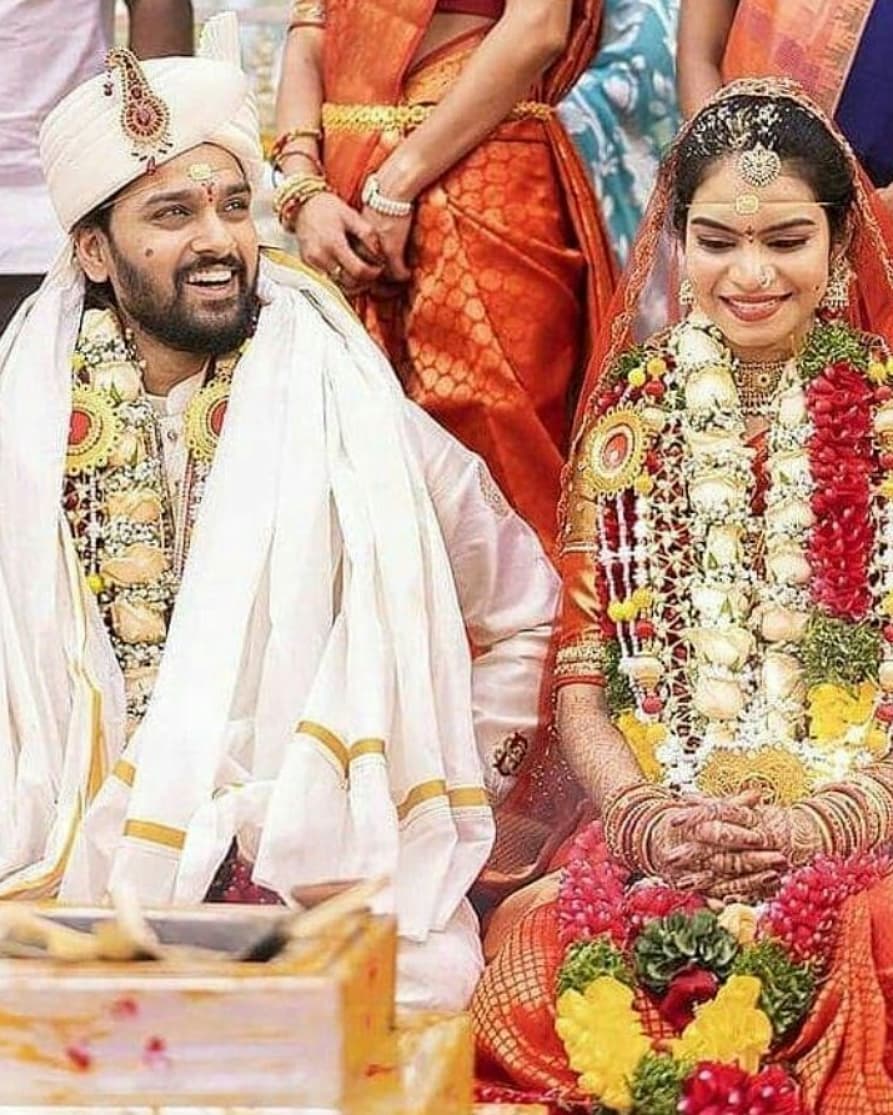 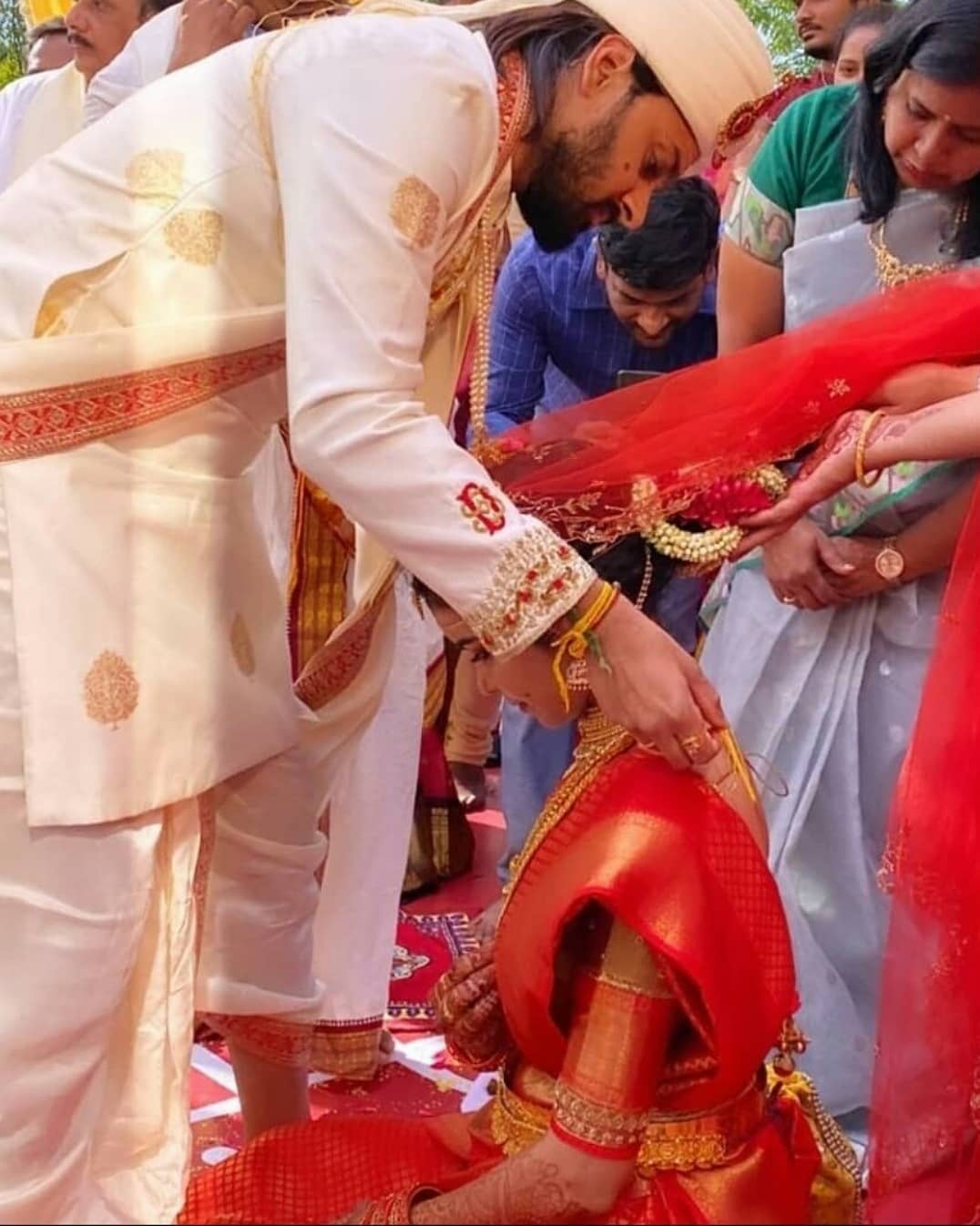 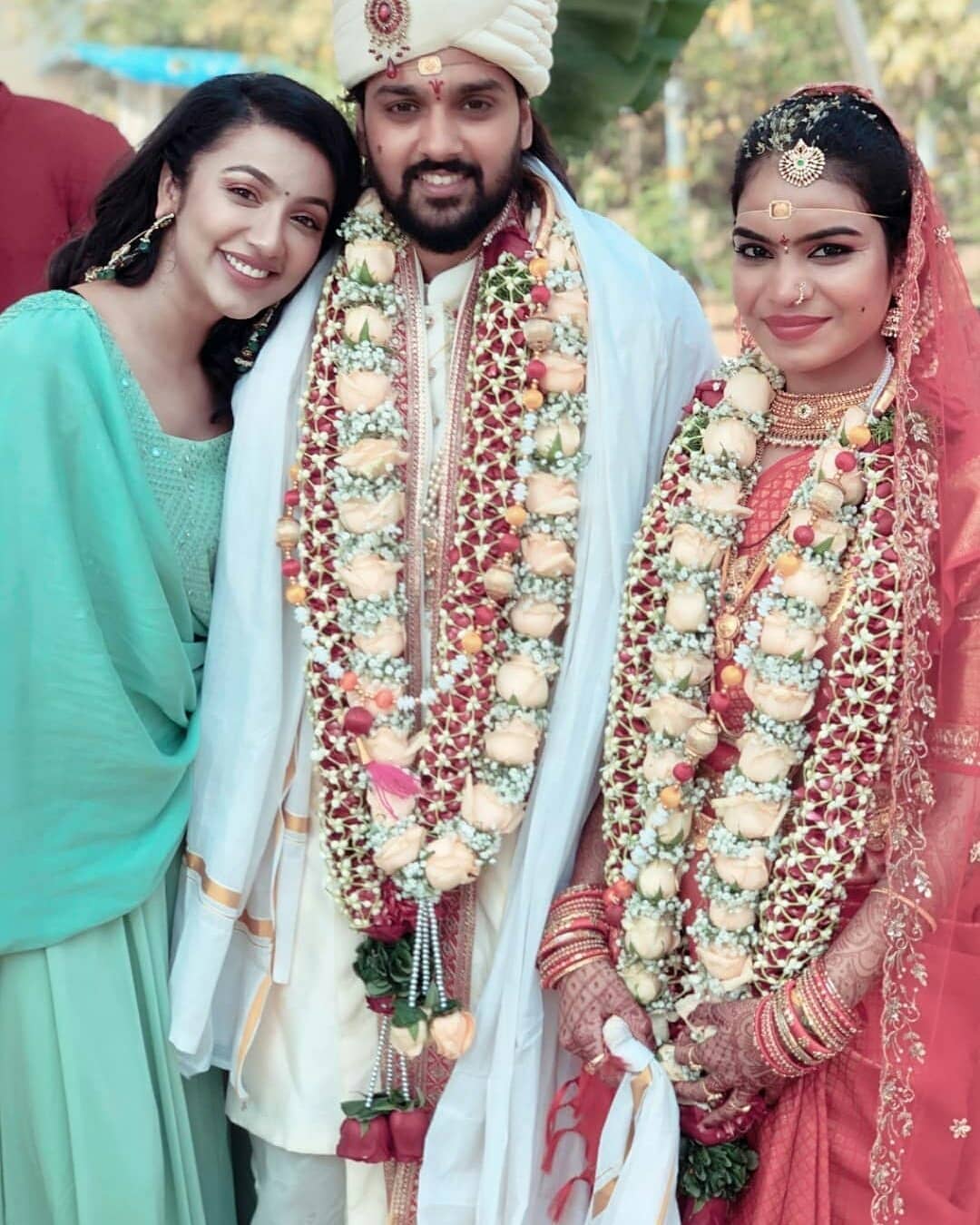 In a conversation with Hyderabad Times, Sumanth opened up on his love story with his now-wife, Deepika Raju. Sharing their filmy love story, Sumanth mentioned that he had met Deepika for the first time at a wedding last year. He said, “I met her at my cousin’s wedding; he was marrying her twin sister. We just clicked right then and there. I have never met anyone who’s as warm as her. She even invited me to spend Sankranthi with her family and I just knew I had fallen head over heels for her. After spending some time together, I just knew she’s the one. She’s the closest thing to perfection for me.” (Recommended Read: Aamir Ali Shares FIRST FULL Picture Of His Daughter, Ayra Ali After A Year-And-A-Half Of Her Birth) 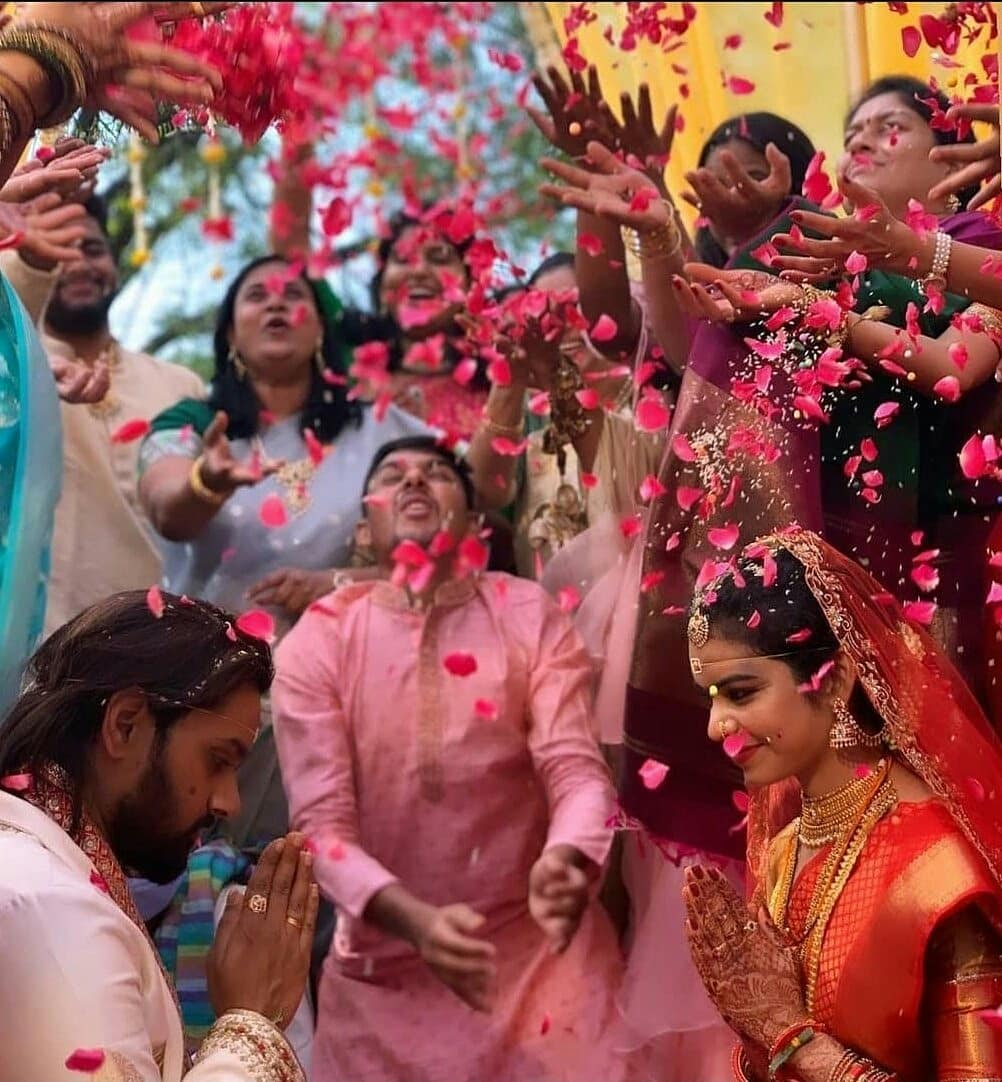 Sumanth shared that he is surprised to find the right person in his life and also narrated a hilarious reason for being jealous of MS Dhoni. He said, “I never thought I would fall in love but life pleasantly surprised me. I always wanted to marry the right person, someone with whom life would be fun. I am sure life will now change for the better, as I found that special someone. Dhoni once said that however the match goes, he looks forward to going back home because he has a wonderful partner. I used to envy that and now I’m lucky to no longer be envious.” 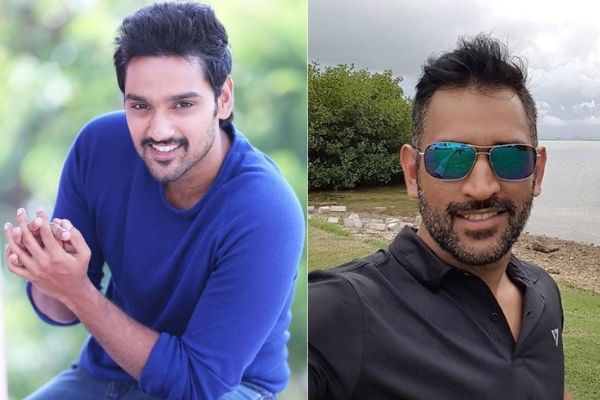 Talking about their wedding, Sumanth revealed that it was their parents, who wanted them to get married. He shared, “We’ve been meeting and talking a lot, so our parents spoke to each other without even telling us. She’s a friend first and a fiancé later for me. I am lucky to be wedded to someone as wonderful as her, she makes me feel comfortable.” He also admitted that he had not thought of getting married so his father is extremely happy with his wedding and had taken care of everything personally. Happily sharing that the couple had three functions to celebrate their union, he said, “The wedding was simple and traditional, but we did celebrate the occasion for three days. There was a haldi, mehendi ceremony attended by only the families. We had a pelli koduku and pelli kuturu ceremony, followed by a cocktail party.” 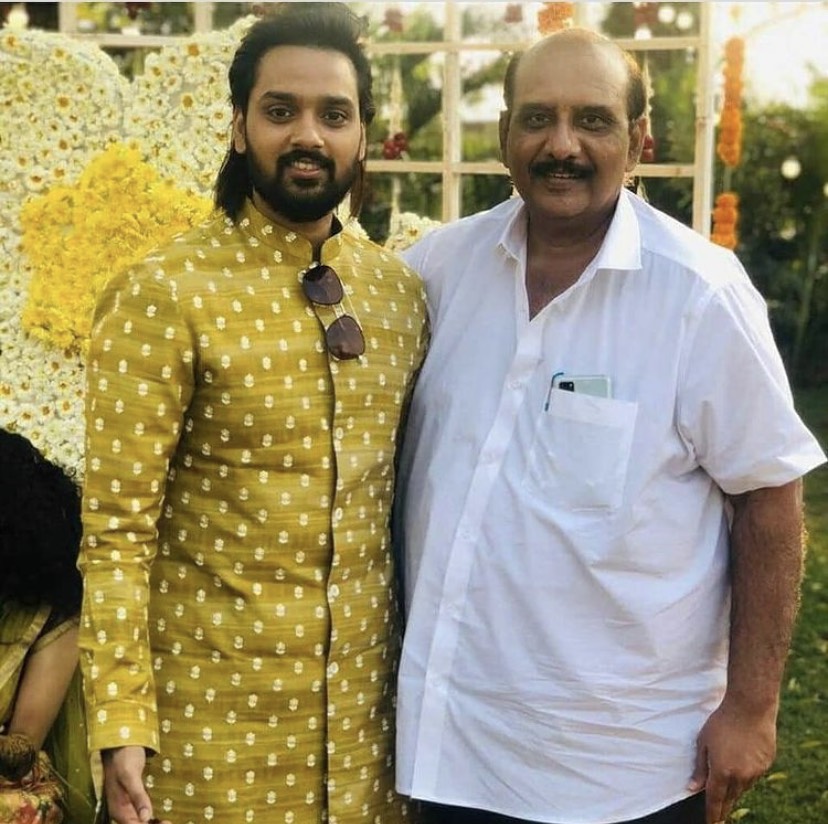 Sumanth also mentioned that the couple had to prepone their wedding as it was earlier supposed to happen in the month of June this year. He revealed that he will be living away from his wife, Deepika for six months now. In his words, “Apart from the fact that I wanted to get married to her as soon as I could, as I can’t wait to spend the rest of my life with Deepika, we also pre-poned the wedding because she needs to go back to the US. We will be apart for six months and while it’ll be hard, I’ll also be busy with work.” (Don't Miss: Sunny Leone Exchanges 'Varmala' With Her Husband, Daniel Weber Almost A Decade After Their Wedding) 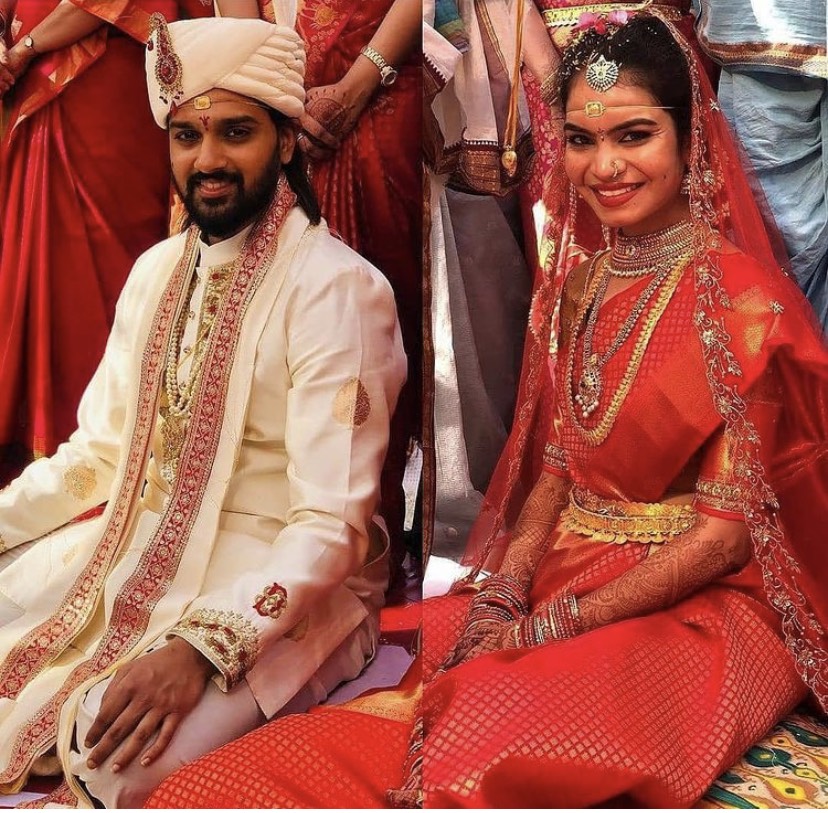 Congratulations to the newlyweds!