Sunny Deol's son, Karan Deol is all set to make his own identity in Bollywood with his debut film, 'Pal Pal Dil Ke Paas'. Scroll down to see how grandfather, Dharmendra wished him luck for the debut. 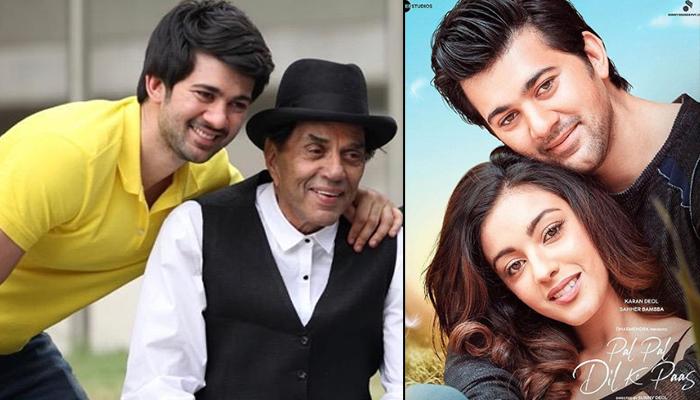 Lucky are the ones who get to live with their grandparents! The moment they see you their eyes light up, they love you like you’re the most precious person in the world, they want nothing but the best for their ‘jigar da tukdas’, they always take your side in front of your parents; such is the unconditional love of grandparents. And there couldn’t be prouder moment for them than the time when you begin your career and become independent. Veteran star, Dharmendra is feeling that joy as his grandson, Karan Deol is all set to make his debut in Bollywood and has already got a warm welcome from everyone with the trailer. (Also Read: Bollywood Celeb Kids And Beautiful Bond Of Love, Respect And Care They Share With Their Grandparents)

Just like the good looks, charming personality and the best genes were passed on by Dharmendra to his son, Sunny Deol, it seems they have further been passed on to the latter’s son, Karan Deol. The 28-year-old, Karan is now all set to follow his star family’s footsteps and make his debut in the industry. And it is his father, Sunny, who is launching his son in his directorial film, Pal Pal Dil Ke Paas, which is slated to release on September 20, 2019. 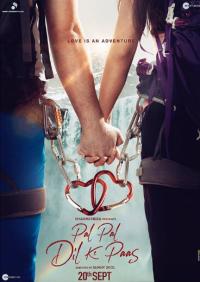 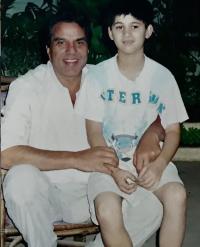 In an interview with the Mumbai Mirror, Sunny Deol, who is directing his son, Karan Deol’s debut film, had talked about what a newcomer needs when they are taking their baby steps in the industry. Expressing his nervousness to direct Karan as he was skeptical if he will be able to handle things, Sunny had stated, "I remind myself that I did, so he will too. Still, given that he comes from a protective family, it’s good I’ve directed his first film. It’s important for a newcomer to be fathered and while filmmakers in our time were more approachable, the scenario has changed today. "I was the first in our generation to be launched and this film made me realise what my dad (Dharmendra) must have gone through during Betaab (Sunny's debut film). Unless you become a father yourself, you can’t empathise with this pain, fear and love."

In another interview, Sunny Deol had admitted that juggling the dual role of a director and father can be unnerving. He was quoted as saying, "For any father whose son is starting out, it's normal to feel nervous. It's not difficult for me to direct him; I have to work hard with him, just like I would have to with any other newcomer. None of my kids want to learn martial arts, build six-pack abs or learn a certain kind of dancing. These are tools for an actor, but they aren't a necessity. Karan wants to be an actor first, he wants to attain stardom by delivering successful films." (Also Read: 10 Star Kids (Sons) Who Have Grown Up To Look Like Their Fathers, Sharing The Uncanny Resemblance) 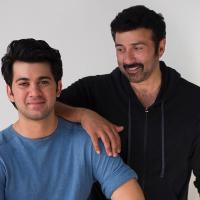 We wish Karan all the best for his debut film! While daughters copy their moms from their very childhood, sons start viewing their dads in the light of a superhero without a cape. He will be stern at you only to make you a better human being. He will be the first person to teach you how to ride a