'Raanjhanaa' actor, Dhanush was once allegedly linked with South Indian actress, Shruti Haasan and reports of the same had almost reportedly rocked his marriage with his wife, Aishwarya.

There's no doubt that Venkatesh Prabhu, a.k.a., Dhanush, is one of the most successful actors in the South Indian film industry. Furthermore, he had created a massive fanbase for himself in the Hindi film industry after his outstanding performance in the blockbuster film, Raanjhanaa. Apart from his incredible acting skills, Dhanush is also famous for his singing skills, and it was in 2011 when his song, Why This Kolaveri Di, from the film, 3 became the first Indian music video to cross 100 million views on YouTube.

For the unversed, Dhanush is currently shooting with critically acclaimed director duo, Russo Brothers for their next film, The Gray Man. In addition, the South Indian superstar is teaming up with popular Hollywood stars like Chris Evans, Ana De Armas, Ryan Gosling, and many others. While everyone is aware of Dhanush's illustrious exploits on the professional front, not many know about his alleged extramarital affair with Shruti Haasan that had reportedly set his marital life with his wife, Aishwarya, on fire. However, before entering into that dark chapter, let's dive into Dhanush and Aishwarya's marriage and love story! Rajnikanth's daughter, Aishwarya, was a good friend of Dhanush's sister. Dhanush had always stated in the media that Aishwarya is just his sister's friend, and there's nothing in between them. However, the media had speculated that something is going on between Dhanush and Aishwarya. 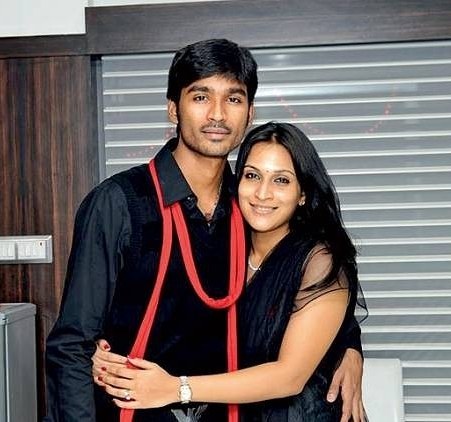 While the speculations of the affair between Dhanush and Aishwarya were spreading everywhere, their families had thought this match was actually a good one. After which, the families had decided to arrange their wedding for good. The wedding had taken place on November 18, 2004. 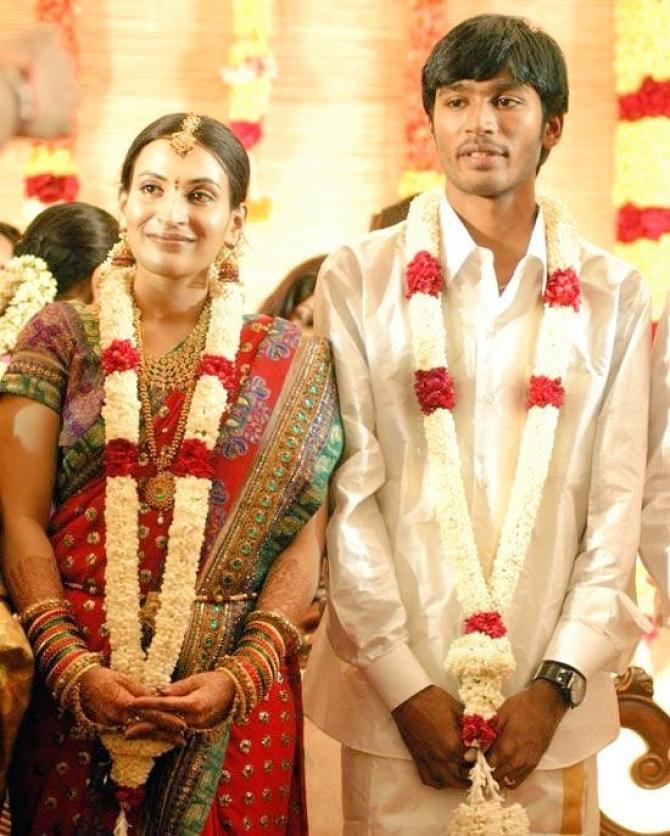 The venue was Rajnikanth's house. The house was decorated with exquisite floral arrangements to welcome guests from the film industry. Various politicians were in attendance as well. The star-studded wedding reception was followed by an even grand reception, held at Mayor Shri Ramanathan Chettiar Center. On October 10, 2006, they had welcomed their first son, Yatra Raja, and on June 21, 2010, they had welcomed their second son, Linga Raja, completing their family. 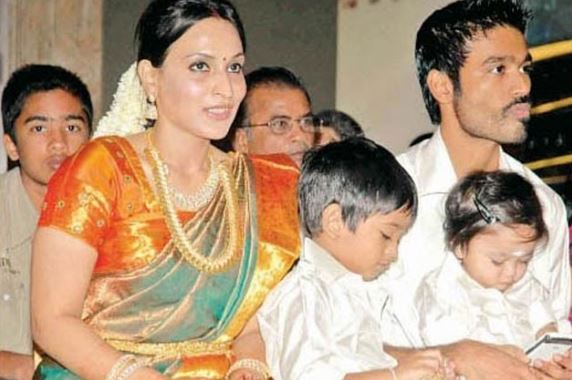 Don't Miss: Dilip Kumar Once Told Saira Banu That He Is Unsure Whether His Family Would Be Able To Accept Her 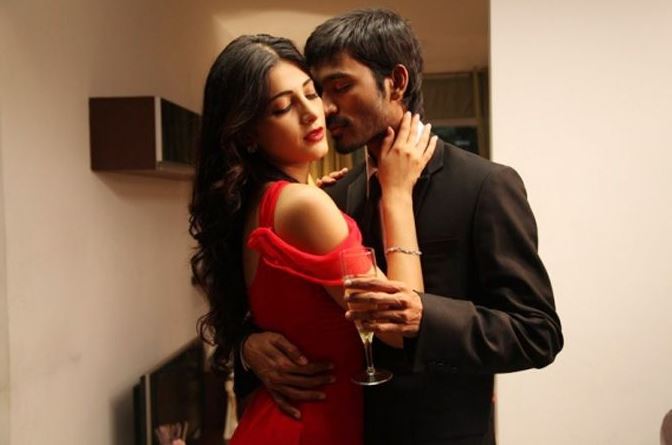 In 2011, Dhanush's wife, Aishwarya, had decided to make her directorial debut with the romantic thriller, 3, in which she had cast her husband opposite her childhood friend, Shruti Haasan. During the movie's filming, reports and speculations were rife that Dhanush and Shruti were romantically involved with each other. However, some unconfirmed sources had also stated that Dhanush and Aishwarya's marital life was on the verge of collapse after his extramarital affair with Shruti was no longer behind the woods. In an interview with Filmfare, Shruti Haasan was asked to reflect on all the reports and speculations about her having an affair with her friend, Aishwarya's husband, Dhanush. The actress had clearly stated that she is not going to put a microchip in her bum so that they can know the truth. Shruti had said:

"I'm not going around justifying to people. I'm not going to tell people to put a microchip in my bum and follow me, so that they can know the truth. He is my best friend in the business. He has always helped me artistically. I won't throw that in trash just because people are talking nonsense about us. I've never bothered much about what people say." 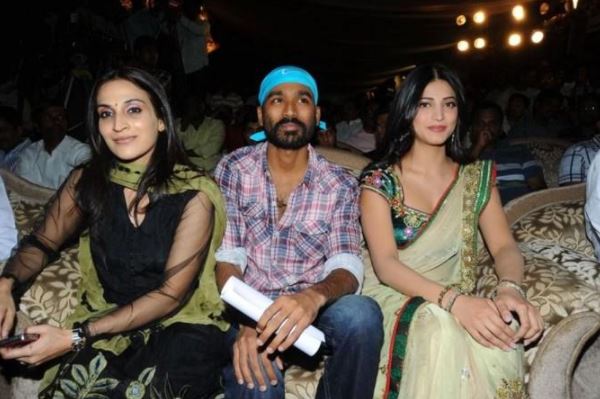 Going further in the interview, Shruti Haasan had also highlighted the fact that Dhanush was the one, who had stood by her and had encouraged her to play the lead in his wife's film, 3 when everyone was sceptical about it. Shruti had stated:

"I know there are 10,000 rumors. For me, it's a rare connect with someone. Dhanush is an important friend because when nobody thought I could play the part in 3, he stood by me and said I could do it. For anyone in any job, it's important that people have faith in you. I owe him so much. Also we get along well. We have so much to talk about."

You May Like: 8 Popular Real-Life Bollywood Brother-Sister Duos At Their Sibling's Wedding Celebrations 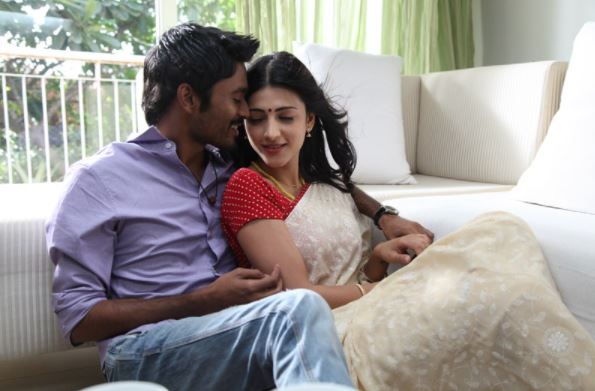 However, all the reports and rumours had rested after Dhanush's wife and Shruti's childhood friend, Aishwarya, had addressed all the speculations about their brewing romance. During an interaction with the media, Aishwarya had clearly stated that all the things that have been said about Dhanush and Shruti in the media are completely baseless and hold no grounds. 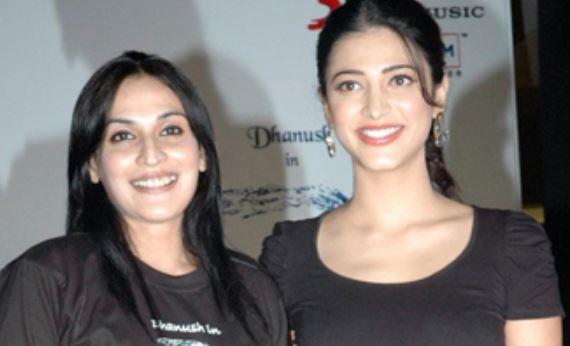 In the end, the film had performed well at the box office and had won three Filmfare Awards. As for now, while on one side, Dhanush is leading a happily married life with his wife, Aishwarya, on the other side, Shruti is reportedly in a relationship with Santanu Hazarika. 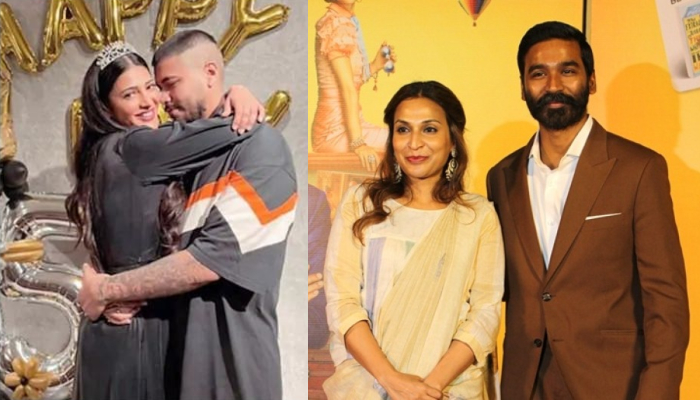 Dhanush will be seen next in Atrangi Re, alongside Akshay Kumar and Sara Ali Khan.