Deeya Chopra Mehta Celebrates Her Baby Shower In London And Reveals If It's Boy Or Girl, Pics Inside

Deeya Chopra Mehta Celebrates Her Baby Shower In London And Reveals If It's Boy Or Girl, Pics Inside 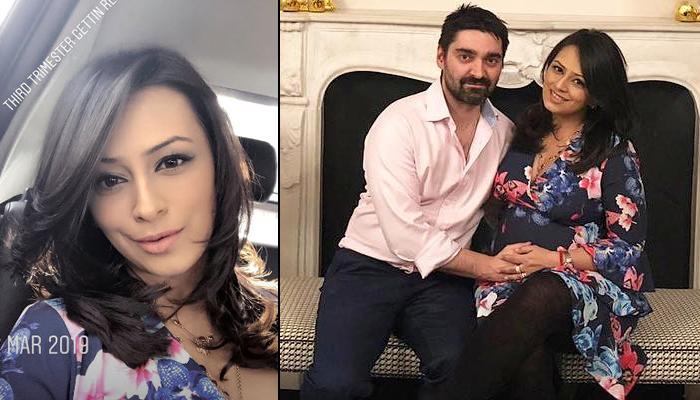 Despite the pregnancy phase being considered as a crucial time in a to-be mommy’s life, the best thing to look forward in those 9 months journey (apart from the child itself), is the baby shower! Stepping into motherhood is a beautiful experience for a woman and celebrating the same with a baby shower amongst family and friends, make it even more special. Mrs Kaushik Ki Paanch Bahuein fame, Deeya Chopra Mehta is enjoying her pregnancy phase to the fullest with her London-based husband, Ritchie Mehta. (Also Read: Farhan Akhtar Shares A Pic Of Ringed-Hands With GF Shibani Dandekar, Fans Wonder If They Are Engaged)

Deeya Chopra and her then-fiance, Ritchie Mehta tied the knot on November 27, 2016, in Delhi, amidst much aplomb and fanfare at her hometown in Delhi. Deeya is the elder sister of Kasamh Se fame, Roshni Chopra. On December 10, 2018, Deeya announced her pregnancy by posting a picture on Instagram, flaunting her baby bump. In the photo, her husband, Ritchie is holding her from the back, and it’s written, “Baby Shark Do Doo Do Do Due April 2019” written atop of the picture. Deeya captioned it as, “2019 I’m ready for you!”

Deeya Chopra Mehta, who is in the last trimester of her pregnancy and is an ‘almost ready mama’, had her baby shower ceremony in London amidst close friends. Sharing pictures from the same, Deeya wrote, “About time i made a appearance with the bump i think :) Thankyou @kavitatulsiani @mtulsiani @ritchiemehta for all the love! Mama is almost ready!!” Deeya also revealed the gender of her baby, and it’s a boy! She shared the picture of the cake, and wrote, “Yes it is! The best boy in the world”. Here are the photos from Deeya’s baby shower ceremony:

Deeya Chopra Mehta and Ritchie Mehta’s wedding was a four-day long celebration, which was attended by the couple’s close friends and family members. Deeya met the love of her life, Ritchie through a common friend and the two had hit-it-off instantly. Soon they realised that are truly made for each other and because Ritchie is a hopeless romantic, he wanted to surprise Deeya with a magical proposal. (Also Read: Mona Singh Showers Maasi Love On Ravie Kapoor, Ekta Kapoor Shares Glimpse Of Their Cute Conversation)

And he was indeed successful with his surprise plan because he proposed to Deeya with a bouquet of 500 white roses alongside an emotional note and a carefully curated scrapbook that carried the details of all the special moments that the couple had shared together. Needless to say, it was a proposal that Deeya would reminisce throughout her life, and soon the couple got engaged.

Deeya Chopra and Ritchie Mehta had a traditional Punjabi wedding and their close friends and TV actors, Sanaya Irani and Mohit Sehgal too, had graced the ceremony. For the wedding, Deeya looked stunning in a baby pink and gold embellished lehenga and complementing maang teeka, earrings and kaleerein, while Ritchie looked every bit of a suave Maharaja in an off-white sherwani and a matching safa.

Deeya’s little sister, Roshni Chopra had planned a fun bachelorette bash for her then soon-to-be-married sister and had organized a colour-coordinated pink and white theme for the function. Deeya’s bride squad wore matching team bride t-shirts and had posed for candid pictures while enjoying the champagne. Sharing a picture with Roshni, her ‘maid of honour’, Deeya wrote, “And to my maid of honour @roshnichopra this picture clearly shows the great job u did in getting us all destroyed while u are at ur prettiest soberest best…u go girl i love u! My liver however does not”.

Sharing one with her 'Team Bride' girls and thanking them for making her bachelorette a memorable affair, Deeya captioned the pic as, “Team bride!!! Thankyou for an amazing night!! You guys make me do crazy things!! Lets get me married beeches!! Love u #mybachelorette #hitchedtoritch”. (Also Read: Kareena Kapoor Khan Helps Her Son, Taimur Ali Khan Put On His Shoes, Here's How Fans Reacted [VIDEO])

Can’t wait for baby Chopra-Mehta to arrive! Stay tuned with us for more updates on your favourite celebs. 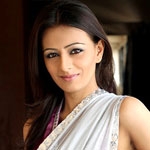