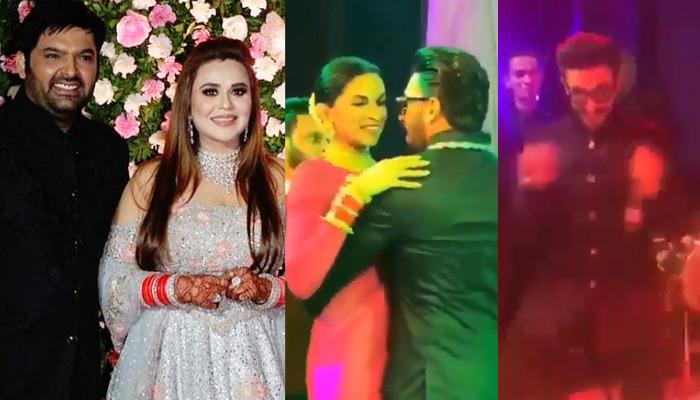 A few more days and we will say goodbye to 2018 and will enter 2019. The year has been lucky for many of our favourite B-town celebrities. After Deepika Padukone-Ranveer Singh, Priyanka Chopra Jonas-Nick Jonas, this year witnessed the wedding of Comedy King, Kapil Sharma with his long-time girlfriend, Ginni Chatrath. On December 12, 2018, Kapil and Ginni were pronounced each other’s husband and wife in Jalandhar as per Punjabi rituals. They had a Gurudwara wedding which was followed by Anand Karaj.

Followed by their lavish wedding was the newly-weds’ wedding reception that took place on December 14, 2018, in Amritsar. And on December 24, 2018, Kapil and Ginni hosted a grand reception party for their industry friends. Who’s who of the Indian film fraternity was present at the do namely, Anil Kapoor, Karan Johar, Kriti Sanon, Annu Malik, Salim Khan, Sohail Khan, and others. (You May Also Like: Shoaib Ibrahim Gave A Priceless Gift To Dipika Kakar On The Occasion Of Christmas, Video Inside)

Amongst the celebs who grabbed much attention were the newly-weds, Deepika Padukone and Ranveer Singh. Yes, these two also graced the occasion with much piousness and swag. Deepika looked mesmerising in a pink saree teamed up with gold jewellery, and on the other hand, Ranveer looked dapper in a blue suit. There are a few videos of the newly-weds, Deepika and Ranveer that have gone viral on the internet. In the videos, we can see the couple dancing and singing like crazy and they look like the happiest married couple. Don’t believe us? Checkout here:

Kapil had a chat with IANS last month and he had confirmed his wedding then by sharing, “The wedding is on December 12 in Jalandhar. That’s Ginni’s hometown. We wanted to keep it low key. But Ginni is the only daughter in her family. Her folks wanted the wedding to be on a lavish scale. And I completely understand their sentiments. My mother also wants the wedding to be lavish”. (Also Read: Taimur Ali Khan Celebrates Christmas Eve With Pataudi Clan Including Sara, Saif, Kareena And Ibrahim) 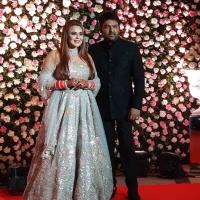 Earlier also Kapil Sharma talked about his wedding with IANS and was quoted as saying, “My mother has been saying that I should get married for a long time. Suddenly I realised that ‘abhi age ho rahi hai’ (I am getting on in age). So, I thought what if she says ‘no’ and after one or two years, no one agrees to get married to me.” For the ones who don’t know, Kapil took to his official Twitter handle to introduce the love of his life, Ginni Chatrath. He shared a lovely picture with Ginni and captioned it as, “Will not say she is my better half. She completes me. Love u, Ginni, please welcome her. I love her so much”. 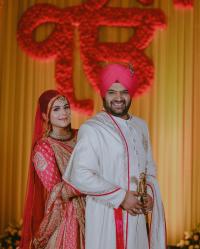 Did you like Deepika and Ranveer’s dance on Kapil Sharma and Ginni Chatrath’s reception? Do share your views in the comments section below!