Deepika Padukone and Ranveer Singh are the power couple of Bollywood and their social media banter is hilarious. On November 19, 2019, Deepika shared a picture of Ranveer's back with a cute quote! 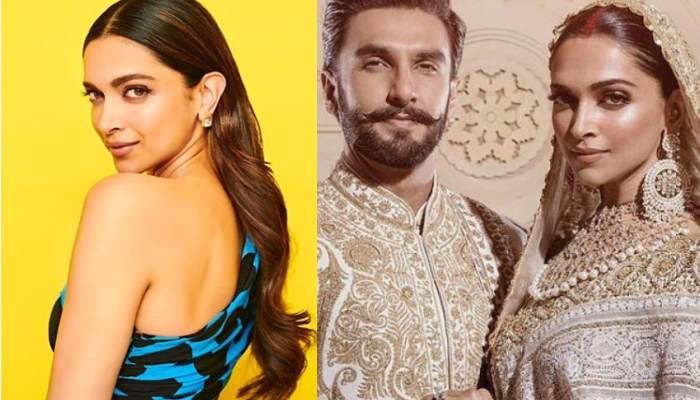 Gone are the days when love happened through letters and a couple would wait for special moments to express their feelings for each other. Nowadays social media has a major role to play in the matters of love. In an era of instant noodles, love also happens by just a blink of the eyes. There were days when a couple would meet each other and exchange letters to share their emotions but nowadays social media plays cupid. Talking about social media, how can we forget Bollywood’s most sought after couple, Deepika Padukone and Ranveer Singh who always surprise their fans with their cute social media banter. (Also Read: Sonam Kapoor Ahuja's Husband, Anand Ahuja Reveals One Thing For Which He Teases Her And It's Funny)

Deepika and Ranveer had gotten married on November 14-15, 2018, in Italy as per Konkani and Punjabi-Sindhi wedding rituals. The duo had recently celebrated their first wedding anniversary by seeking blessings from Tirupati and Golden Temple. DeepVeer has been giving huge inspirations to the millennials with their made for each other pictures and are often tagged as the ‘it’ couple of Bollywood. 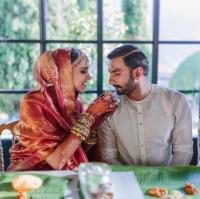 Ranveer and Deepika are one of those couples who wear their hearts on their sleeves and never shies away from expressing their love for each other. The two often make sure to pull each other’s leg with their cute social media banters. On November 19, 2019, Deepika posted a picture of Ranveer where he can be seen in an orange t-shirt and his back facing the camera. His t-shirt had a quote which could be read as “Love is a Super power”. Deepika’s comment on the post will surely melt your heart and it could be read as “& you...my super drug!” followed by a heart emoji. 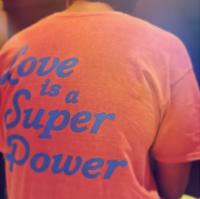 Deepika Padukone and Ranveer Singh celebrated their first wedding anniversary by first taking the blessings of Lord Venkateshwara in Tirupati and then from Harmandir Sahib. On November 14, 2019, for their Tirupati visit, the duo had opted for Sabyasachi Mukherjee’s ensembles. Deepika had worn a red and golden kanjeevaram saree with heavy gold temple jewellery whereas Ranveer had opted for a beige bandhgala and silk red and golden angavastram (a piece of cloth over the shoulder). On November 15, 2019, the lovely couple had visited Amritsar's Golden Temple, where Deepika had looked splendid in a burgundy kurta and dhoti pants with a heavy choker whereas Ranveer had looked dapper in a floral kurta and a bandhgala. (Also Read: Aishwarya Rai Bachchan Gets Trolled For Putting Makeup On Aaradhya Bachchan On Her Birthday) 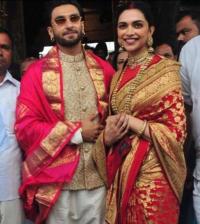 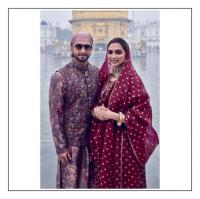 In an interview with the Filmfare, Deepika Padukone had poured her heart out and had spoken about having a permanent roommate in the form of hubby, Ranveer Singh and had stated, “It’s beautiful living together. I’m sure cynics will say you’ve just gotten married to him, wait for 15 years or 25 years. We’ll figure it out then. For now, it’s the best feeling in the world. I looked forward to living together because I moved out of home at a young age to start working. A lot of my friends used to say we can’t wait to get out of our house. I was the opposite. I got out young. I craved for my family. When we were dating, it was about spending time with his family or going to Bangalore to be with my parents. I’d crave that quality time where you wake up in the morning and have someone to talk to while you’re having breakfast. For the last 15 years, I was alone.” 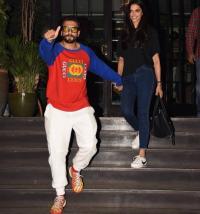 After six months of their courtship, Ranveer had known that Deepika will be the mother of his children. Ranveer had shared the same in an interview with the Filmfare and had stated, “Six months into the relationship, I knew she was the one. I nurtured the relationship accordingly. It’s been six years now. She’s too good, too lovely. She’s a force of nature. I understood that almost immediately. I’m lucky to have her. I knew all too well that this is the woman I’m going to marry. This is the woman who would become the mother of my children. I’ve been thinking about marriage seriously for almost three years now. I was just waiting, I told her the minute you say so, we’ll do it.” (Also Read: Alia Bhatt Posts A Glimpse Of Sister, Shaheen Bhatt, Looks Adorable While Peeping From Behind)

We love the chemistry between Deepika and Ranveer! What do you guys think? Keep us posted! 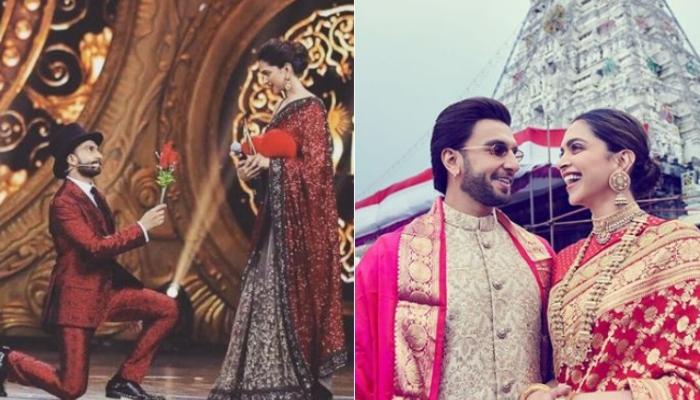 Bollywood's most favourite couple, Deepika Padukone and Ranveer Singh had exchanged wedding vows on November 14, 2018. And ever since then, has been giving major couple goals to the millennials!  Deepika and Ranveer often share snippets of their quarantine time on their respective Instagram handles. While Deepika's chef skills are