Deepika Padukone Reveals The Love Of Her Sister, Anisha Padukone's Life Who She Loves More Than Her

Deepika Padukone Reveals The Love Of Her Sister, Anisha Padukone's Life Who She Loves More Than Her

Deepika Padukone reveals the only person that her sister, Anisha Padukone loves more than her. Speaks volume about their sisterly bond! Check out!

Fighting over clothes, bed side, bathroom, shoes, pizza and everything, every sister squad grows up. This doesn’t mean they don’t have love for each other, the amount of love they share can never be measured but it is always ‘vaar mein bhi pyaar’ situation between them. We wonder, if our celebs too have a similar bond with their siblings or not. Well, in case of Deepika Padukone and Anisha Padukone, it holds true. (Also Read: Aishwarya Rai Shares A Gratitude Note For All The Prayers After She And Aaradhya Tested Negative)

Can you ever imagine Deepika Padukone letting her hair down and losing the grace and poise she holds? We know it is hard to believe, but that is exactly what Anisha Padukone can vouch for. She has seen her sister, Deepika accidentally dropping down the pajama phase to being the diva that she is. And that is what only a sister can witness. Like most of us, Deepika was also utterly missing her sister, Anisha and some days ago had taken to her Instagram handle to share a post which had said, "I miss you peanut !!!Cannot wait to jump on you and squish you!!! #AnishaPadukone #siblings." Making us believe they are just like us.

Anisha Padukone Teases Deepika Padukone On Her Wax Statue, Says As If One Of Her Wasn't Enough 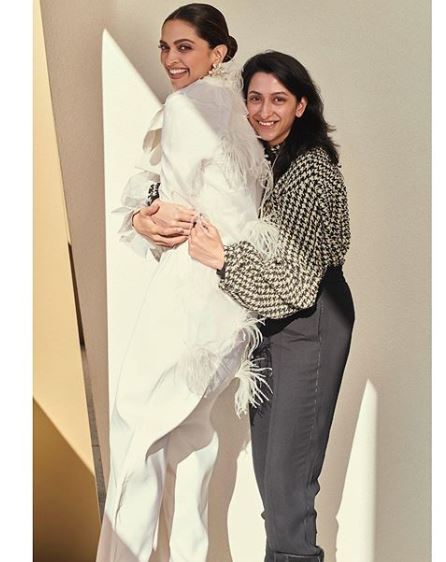 Giving another example of their great sister bond, Deepika Padukone took to her IG stories to wish Bollywood actress, Huma Qureshi on her birthday and it was connected with her sister, Anisha. Wishing Huma on her birthday, Deepika revealed that she is probably the only person that her sister, Anisha loves more than her. Sharing a picture of Huma, Deepika wrote, “Happy Birthday. PROBABLY THE ONLY PERSON MY SISTER LOVES MORE THAN ME! HAPPY HAPPY BIRTHDAY YOU! @Iamhumaq” atop it. Take a look: 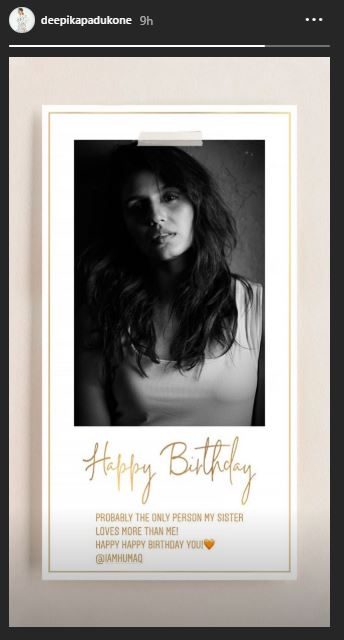 This story by Deepika Padukone created a laughter riot between Huma and Anisha as they started their fun banter over it. Sharing Deepika’s story, Huma wrote, “Hahaha it is (a little) true. But no one can take ur place… no chotu? @anishapadukone” atop it. Anisha reshared the series of stories and wrote, “CORRECT HEMA MADAM…. BUT YOU BOTH ARE EQUALLY ANNOYING.” Take a look: 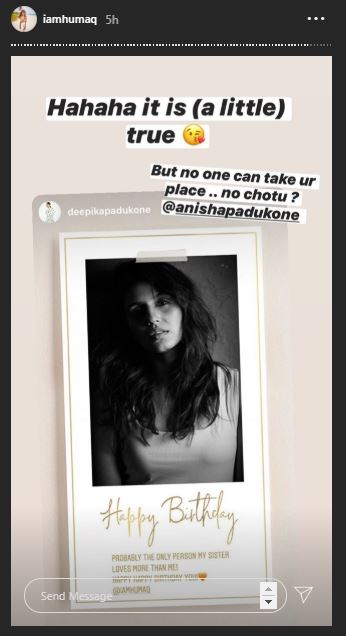 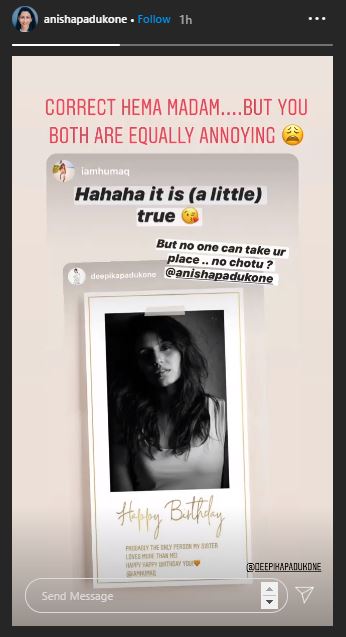 Deepika’s sister, Anisha had talked about their equation in an interview with The Economic Times and had stated, “We have a five-year age gap, so she is both like a friend and a mother to me. She is very protective of me, like a typical big sister. Though we are close, we only get to meet once every two-three months because of our schedules and how much we travel. Though we don't discuss our work much, I'm a big critic when it comes to her films. I watch all of them and from her initial days, I would tell her what I liked and what I didn't.” (Recommended Read: Sushant Singh Rajput's Father Files Case Against His Rumoured Girlfriend, Rhea Chakraborty) 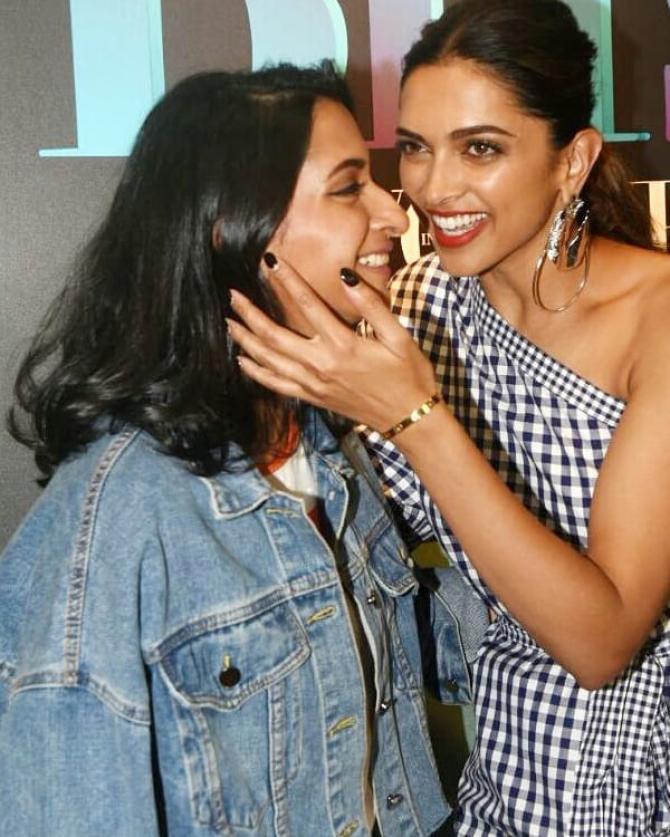 Deepika too had talked a lot about sharing an extremely strong bond with her sister, Anisha and had also revealed in a lot of interviews that it was her sister, who had helped her battling depression. That was indeed a hard time for Deepika and in an interview with NDTV, she had talked about her fight with depression. She had said, “If I can impact one life in this entire process of speaking up and letting people know that it's something I have been through and something that I could deal with because I had a fantastic support system.” In an old interview of Deepika with Vogue in which she had bared the secrets about her childhood and her equation with her sister, Anisha Padukone. She had said, "My sister Anisha and I shared a room. We used to sit on that sofa you see in the picture and play ‘house’ for hours. We also had several posters of Leonardo DiCaprio on the wall and made it a point to kiss him goodnight every night before going to sleep." (Recommended Read: Kareena Kapoor Shares An Adorable Monochrome Picture Of Taimur And Inaaya And We Can't Stop Gushing) Deepika and Anisha are a perfect example of sister love!

Anisha Padukone Teases Deepika Padukone On Her Wax Statue, Says As If One Of Her Wasn't Enough