Deepika Padukone Finally Reacts On Getting The Tattoo With Her Ex, Ranbir Kapoor's Initials Removed

Deepika Padukone Finally Reacts On Getting The Tattoo With Her Ex, Ranbir Kapoor's Initials Removed

During the Chhapaak promotions, Deepika Padukone was spotted acing backless saree look but her neck, without the RK tattoo had all our attention. Finally, she reacts on getting her tattoo removed. Being blessed with stardom has its own pros and cons. And the major con is that your life is an open book for everyone to judge and comment. While some celebrities do everything possible to keep their personal life private, some willingly share sneak peeks of their life with their fans. Speaking specifically about the love life of the celebrities, they prefer keeping it to themselves as long as they can. But when they admit the same in media or social media, they don’t shy away from showering love on their partners. Some go the extra mile to express their love for their partner and get his/her name tattooed. But let’s face it, tattoos are permanent, relationships aren’t. Such was the ‘temporary’ relationship of Ranbir Kapoor and Deepika Padukone, but the latter had got his initials ‘permanent’ tattooed on the nape of her neck. (Also Read: Madhuri Dixit Nene Shares A Beautiful Picture With Hubby, Sriram Nene, Calls Him The 'One She Loves')

Deepika Padukone and Ranbir Kapoor were in a serious relationship for over a few years but unfortunately, fate had its own plans and the two had parted ways on an ugly note, creating a Tamasha in the media. Over the time, Deepika and Ranbir let bygones be bygones and not only they moved on in their lives but have also taught us how to remain friends with ex-flames. But every mention of Deepika and Ranbir made us wonder about her tattoo of RK (Ranbir’s initials) which depicted her seriousness in their past relationship.

It was ahead of Deepika Padukone’s wedding with Ranveer Singh when for the first time we had seen her RK tattoo modified. Since then, there have been on-and-off incidents when Deepika was spotted with or without her RK tattoo and it made us wonder if she had permanently removed it or modified it or what. During the Chhapaak promotions, Deepika was spotted by the shutterbugs acing her saree look with a backless blouse but the nape of her neck, without the RK tattoo had all our attention. Finally, in an interaction with Koimoi.com, while answering some of the most asked Googled questions about her, Deepika reacted to removing RK's tattoo too. When asked about the tattoo, Deepika said nothing and just winked at the camera. Here’s the video:

Deepika Padukone shares a warm camaraderie with her ex, Ranbir Kapoor’s parents, Rishi Kapoor and Neetu Kapoor too. As per a Mumbai Mirror report sometime back, Deepika will soon star in a project with Rishi Kapoor. After Love Aaj Kal, the audience will get to see Deepika and Rishi Kapoor in one frame and this news was indeed a treat for all their fans. A few months back, when Rishi Kapoor was in the US for his treatment, Deepika had visited the senior Kapoors and sharing the priceless moment, Neetu Kapoor had written, “Such a fun evening with adorable @deepikapadukone... gave lot of love n warmth.” (Also Read: Mona Singh Aces Her Traditional Red Chooda With A Little Black Dress Look, Gives Major Fashion Goals) 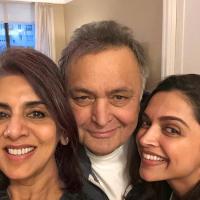 Coming back to Deepika Padukone and Ranbir Kapoor’s breakup, it definitely must not be unknown to you that Deepika had a hard time during her split with Ranbir. The repercussion of the break-up was so serious, that Deepika saw a very bad time in her personal front, inspite of doing pretty well in her professional commitments. In a throwback interview with Cosmopolitan, Deepika had spoken about her ex, Ranbir and had shared, “It made me realise I should not be so attached to one thing or a person - after the break-up the fact that I had to pick myself up. I cried a lot after my break-up. But I have become a better person and I thank him for that.”

Deepika Padukone had also revealed that she had caught Ranbir Kapoor cheating on her red-handed. At the same interview, she had stated, “The first time he cheated on me, I thought there was something wrong with the relationship, or me. But when someone makes a habit of it, you know the problem lies with him. I give a lot in relationships, and don't really expect much in return. But, infidelity is the deal breaker. Once it comes in, respect goes away, trust goes away and these are the pillars of a relationship you can't f**k around with it.” 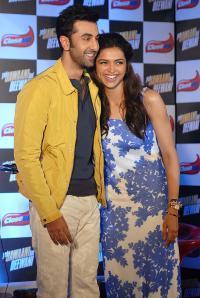 Ranbir Kapoor too, had commented on the same and was quoted as saying, “Yes, I have cheated, out of immaturity, out of inexperience, out of taking advantage of certain temptations, out of callousness. You realise it now, when you grow up and you value it more why be in a relationship, why be committed to someone when you cannot be committed?” He had continued, “I've realised that now. That's why I don't want to jump into a relationship with anybody because…unless you have a special bond, a special equation with somebody, somebody who you can be committed to, somebody who can trust you, who you can respect—there's no point." (Also Read: Sushmita Sen Posts Heart-Melting Birthday Wish For Her 'Roh', Rohman Shawl, His Reply Is Unmissable) 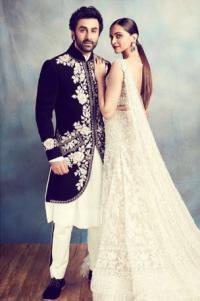 We wish Deepika Padukone, all the very best for her film, Chhapaak!