Here's a list of the most expensive things owned by Bollywood actress, Deepika Padukone. From luxury watches to high-priced bags and exceptionally costly car collections. Know it all!

Popular actress, Deepika Padukone is undoubtedly ruling the Indian film industry at the moment. With so many big-budget films in her kitty, she is also one of the highest-paid actresses in the Indian film industry. The actress made her acting debut back in 2006 in Farah Khan’s hit film, Om Shanti Om opposite Shah Rukh Khan. Since then, she has never looked back and has given so many hit films in her illustrious acting career that she keeps on growing. 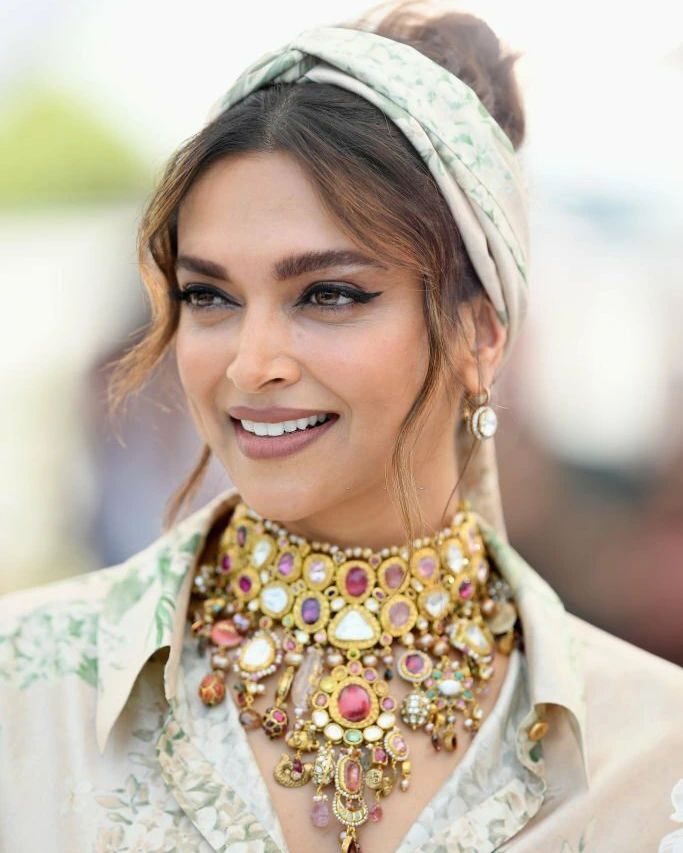 While on the professional front, Deepika Padukone has won numerous awards and accolades, but she has been a part of many controversies too. From getting trolled for auctioning clothes that she had once worn at a funeral, summoned by NCB, Padmaavat backlash, and JNU appearance to rage against her saffron bikini in Pathaan’s song, Besharam Rang, she has been a part of many headline-breaking moments. Yet, despite all these lows in her life so far, Deepika is still one of the biggest stars in this country.

Recommended Read: When Ranveer Singh Gave Deepika Padukone A Condition For Marrying Her, 'You Can Do Everything Else' With 70.8 million followers on Instagram, presenting the trophy at FIFA World Cup 2022 in Qatar, Louis Vuitton’s global brand ambassador to being named in TIME100 Impact Award in 2022, Deepika Padukone is a global celebrity now. Every year on January 5, the entire internet is bombarded with her pictures and dialogues, as Deepika was born on this date to her parents, Prakash Padukone and Ujjala Padukone. The actress was born in Copenhagen but was raised in Bangalore. 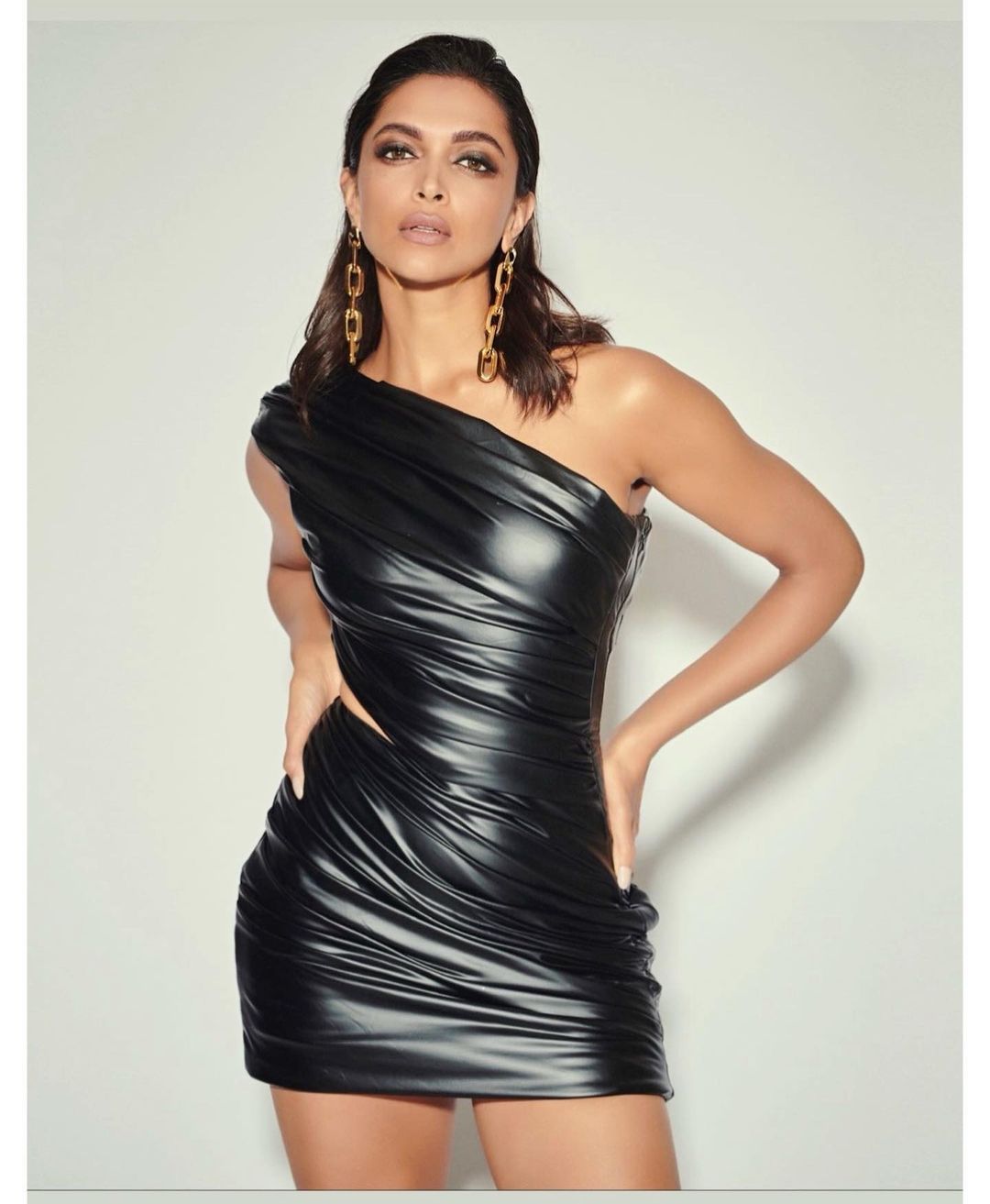 After working in the film industry for over 16 years, Deepika had worked tirelessly in movies, commercials, stage shows, events, modelling, and much more, which is why she is one of the most bankable celebrities in India. If the reports are to be believed, Deepika’s net worth is around Rs. 314 crores. With all this wealth, Deepika has managed to buy some costly things so far in her life, and today we are going to explore them. So without further ado, let’s set straight into the list of the most expensive things owned by the gorgeous Deepika Padukone! 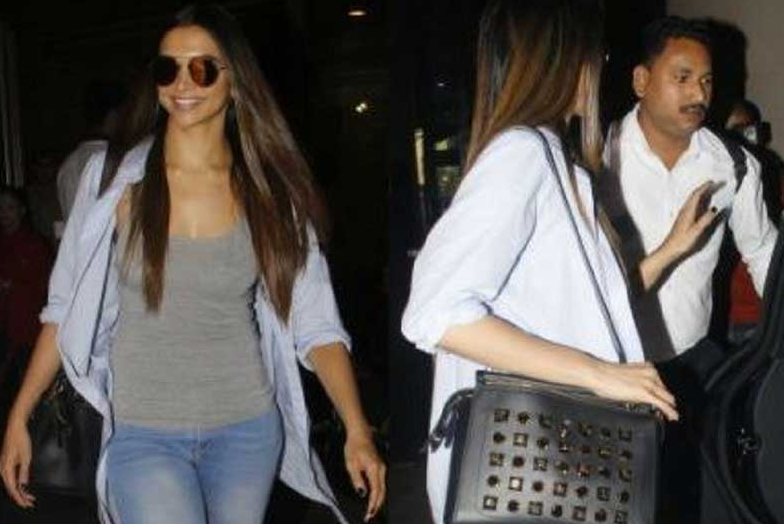 Deepika Padukone’s love for handbags is second to none. Every time she makes an appearance in public, most of the time, it is her handbags that create headlines. Although the stunning actress owns so many expensive handbags, three bags are the real stars of her amazing collection. The first one on the list is Deepika's Dotcom Fendi studded satchel, which cost her a sum of Rs. 2.52 lakhs. It is one of the most widely-purchased handbags in the fashion world. The second bag on the list is Boy Flap Bag by Chanel, which is a French luxury fashion house. The handbag is electric blue-hued. However, the lock and the chain are of gun-metal aged silver hardware that gives a royal look to it. The price of Deepika’s Chanel boy flap bag is around Rs. 3.45 lakhs. The last but the most expensive handbag in Deepika Padukone’s collection is the Hermes Birkin bag, whose price is Rs. 8.03 lakhs. The actress has been spotted carrying the highly-expensive bag only during important events, as it is the costliest bag in her collection. 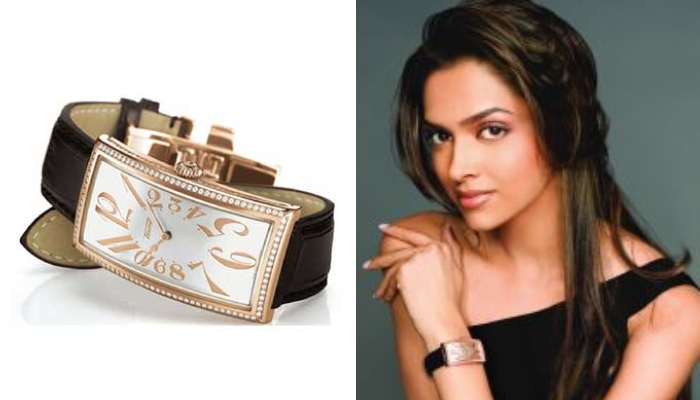 Apart from breaking the headlines with her expensive handbags, Deepika Padukone is also quite famous for flaunting her Tissot classic prince diamonds wristwatch. The price of the wristwatch is around Rs. 8 lakhs, and the reason behind such a staggering price is that the wristwatch is made up of 18 carats of solid rose gold. Not only this, it has a silver dial and features some diamonds in it. The unique and highly expensive wristwatch is owned by only a few in the film industry, and Deepika is proudly one of them. 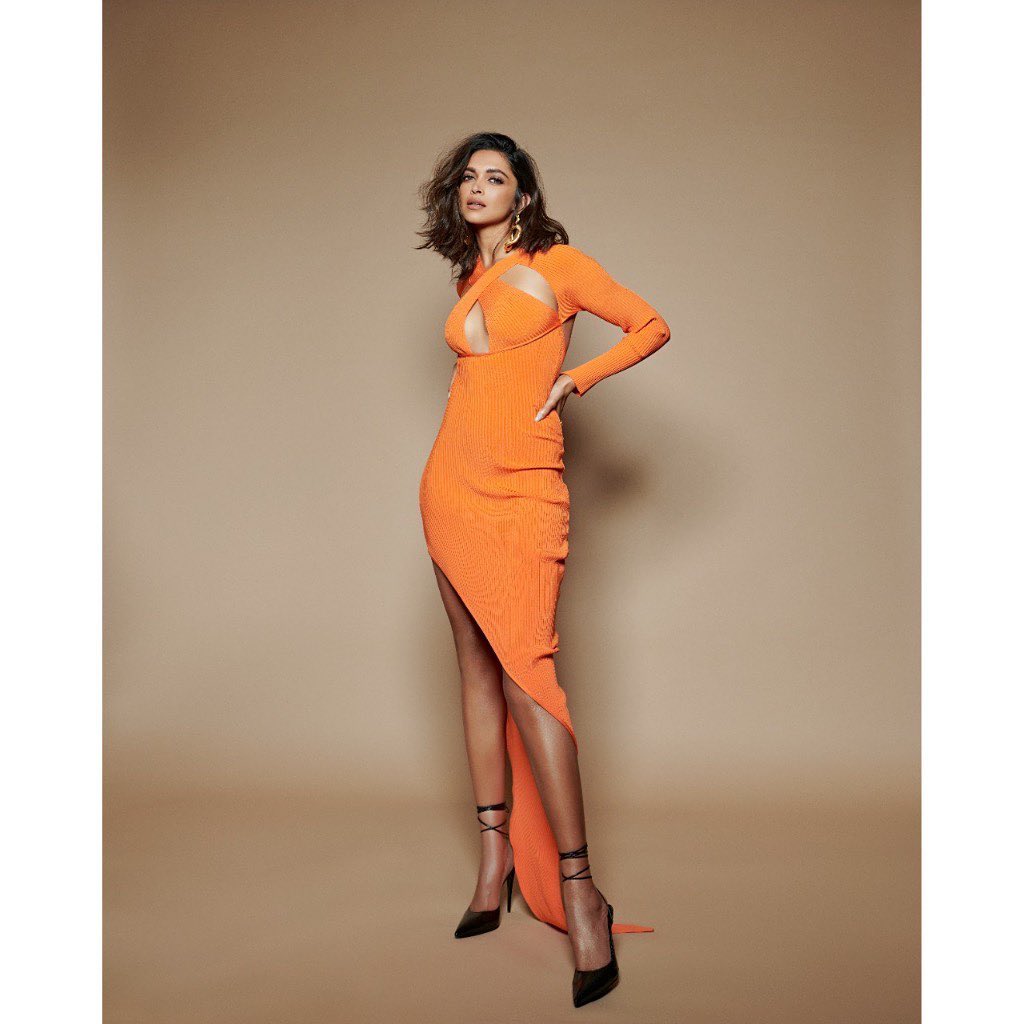 The Pathaan actress, Deepika Padukone is one the highest-paid actresses in Bollywood and no wonder an actress of her stature deserves to be in a place that is all about luxury and class. Well, that is exactly the case with Deepika, as she owns a luxury apartment in the famous Beaumonde Towers in Prabhadevi, Mumbai. The actress’ apartment is on the 26th floor of a high-end property that is famous for its infrastructure. From a serene view of Mumbai city to breathtaking interiors, Deepika’s Beaumonde apartment is the perfect home for a Bollywood superstar like Deepika. The actress had reportedly purchased it at a sum of Rs. 40 crores a few years back. 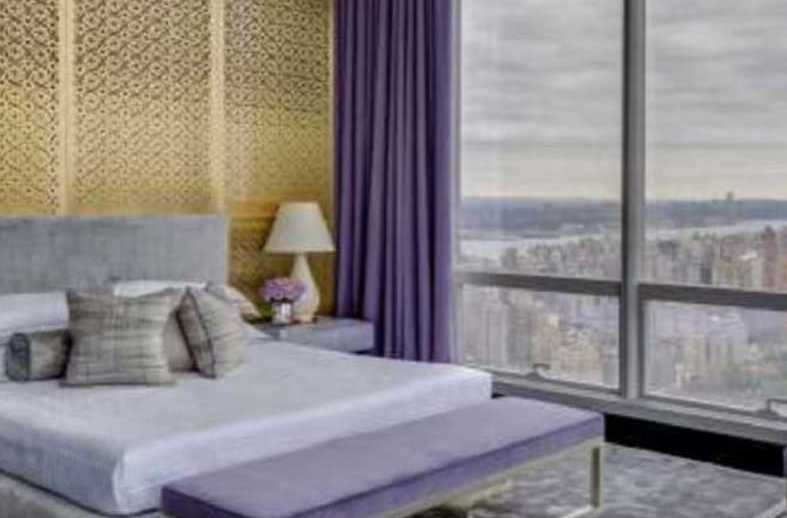 However, not many are aware of the fact that after spending some years in Bollywood, Deepika Padukone managed to purchase a flat in Cozihom apartments. Deepika Padukone purchased the apartment for a price of Rs. 7 crores back in 2007. However, she had rented it out for Rs. 2 lakhs per month as it wasn’t perfect for a Bollywood celebrity like Deepika.

You May Like This: Deepika Padukone Raises The Fashion Bar As She Wears Outfit Worth Rs. 93K To Promote 'Gehraiyaan' 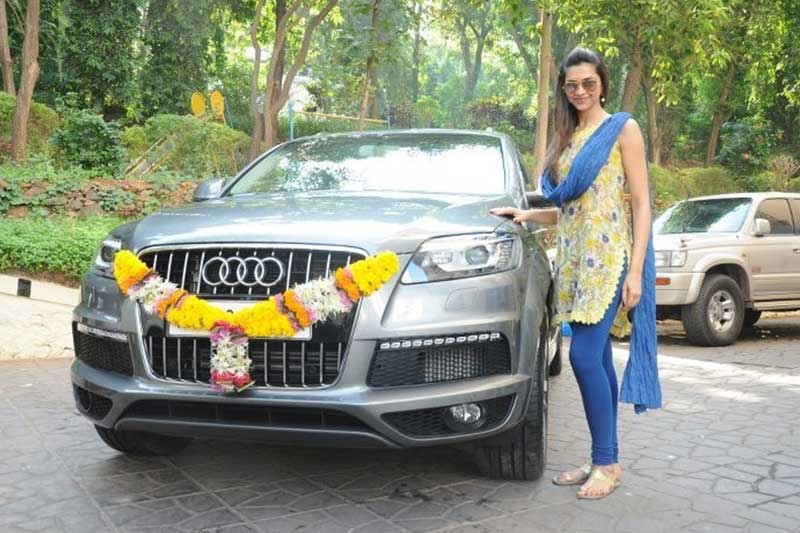 There’s a reason why Deepika Padukone is one of the biggest actresses of the last ten years. From giving box-office hits to always inspiring people with her fashion quotient, she never skips a chance to drop jaws. One such thing that people love about her is that she is a car enthusiast and owns some highly expensive four-wheelers. However, what’s unique about Deepika’s car collection is that it’s a mix of luxury and speed. 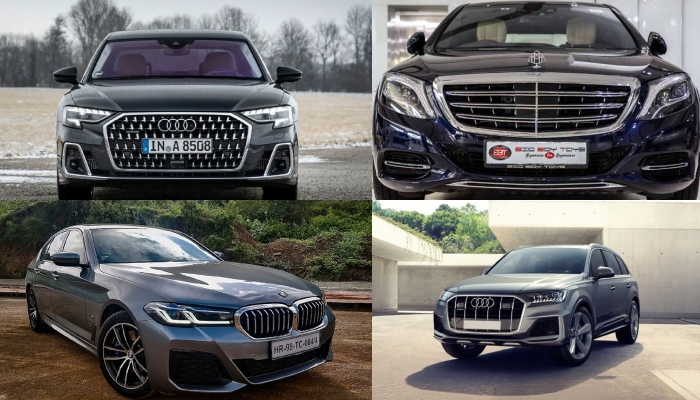 She is one of the most stylish actresses in the film industry, and it was never a doubt that we were going to talk about expensive jewels when it comes to the most expensive things owned by Deepika Padukone. Time and again, we have seen Deepika donning lovely bracelets, necklaces, finger rings, and other accessories, and if the reports are to be believed, the price of her jewels ranges from Rs. 4 lakhs to upwards only. In addition, Deepika’s emerald cut solitaire wedding ring is also worth Rs. 2 crores, which was given to her by Ranveer Singh. 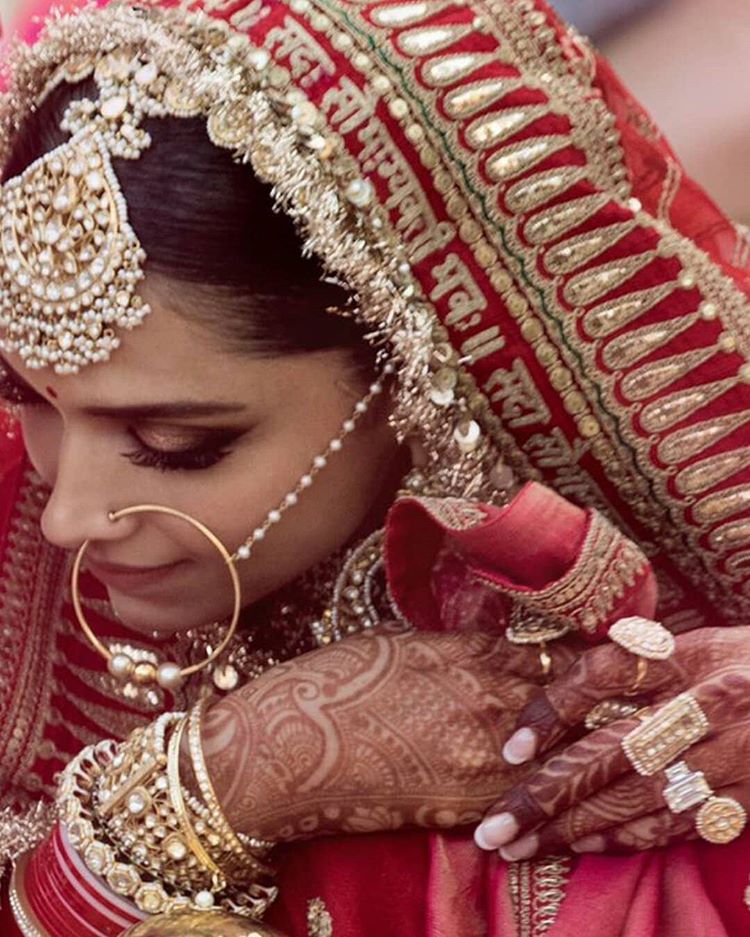 Deepika Padukone is undoubtedly one of the few actresses in Bollywood, who are an incredible actor, style icon, the highest-paid, most bankable, and a mammoth fan-following across the nation.