Deepika Padukone was conferred with the TIME100 Impact Award. For the event, she opted for a shimmery Sabyasachi saree and was snapped with her hubby, Ranveer Singh. Check out!

Deepika Padukone is loved for her stellar acting skills and sartorial fashion choices. The Bollywood diva knows how to ace all of her looks and has a huge range of luxurious collection in her wardrobe. Coming to her personal life, she is married to Bollywood actor, Ranveer Singh. Apart from their mushy romance, Ranveer is time and again also seen being the best cheerleader for his wife.

Bollywood actress, Deepika Padukone is also known for fighting a long battle with anxiety and depression. For the unversed, she runs a foundation named LiveLoveLaugh, which help people struggling with mental health issues. Recently, for her immense advocacy and work in the field of mental health, she was conferred with the TIME100 Impact Award.

Deepika Padukone Raises The Fashion Bar As She Wears Outfit Worth Rs. 93K To Promote 'Gehraiyaan' 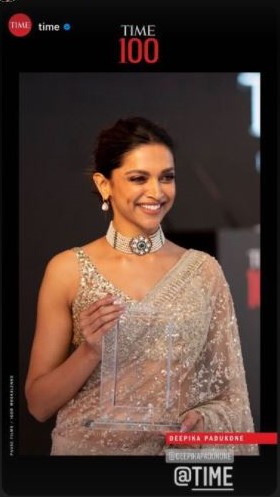 Deepika Padukone added another achievement to her book of records as she was conferred with the TIME100 Impact Award on March 28, 2022. She was spotted at the gala event with her husband, Ranveer Singh, as they posed for a click. She looked stunning in a shimmery saree, and her hubby, Ranveer Singh, was seen wearing a red-coloured co-ord set paired with a pair of goggles. Check out the pictures: 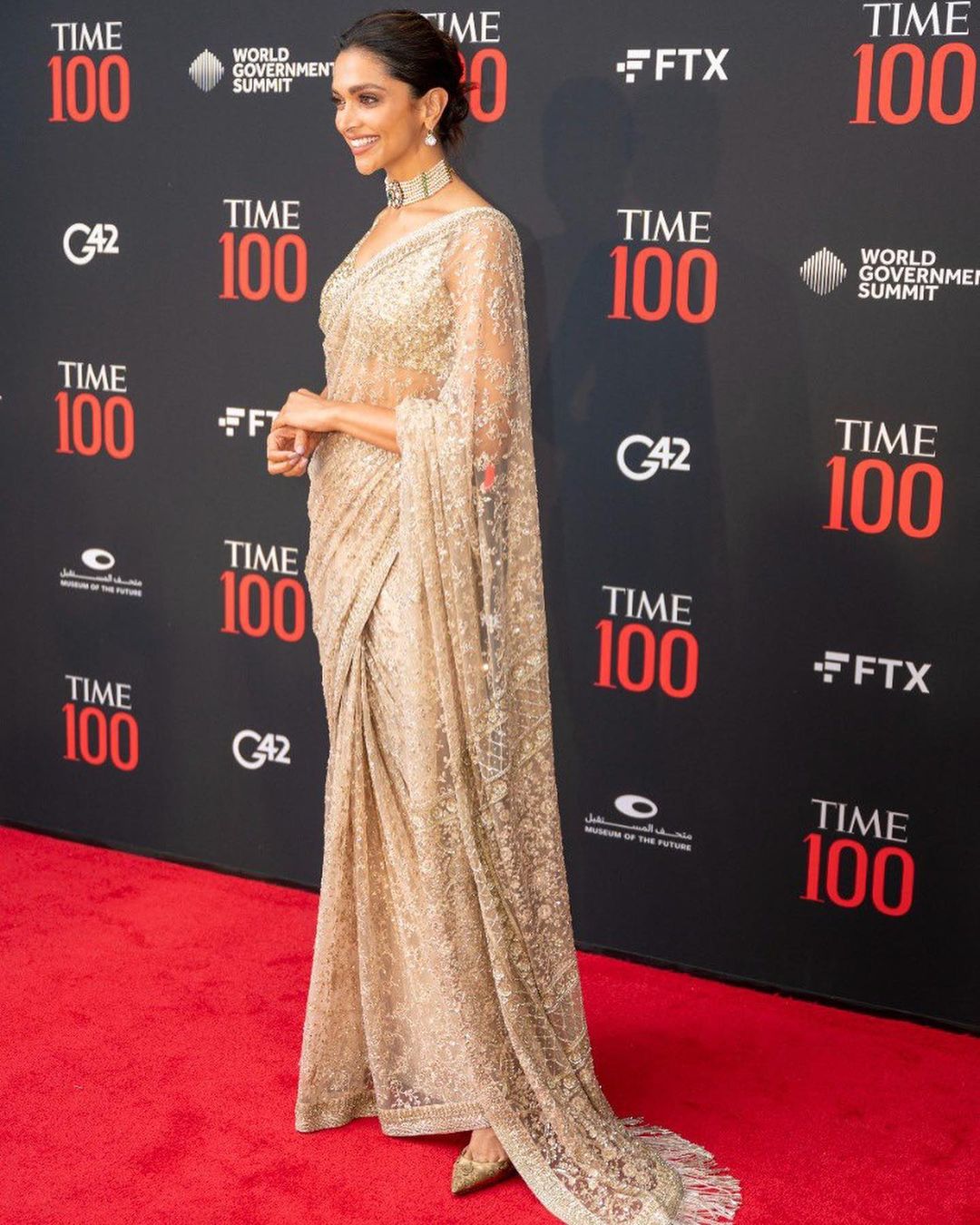 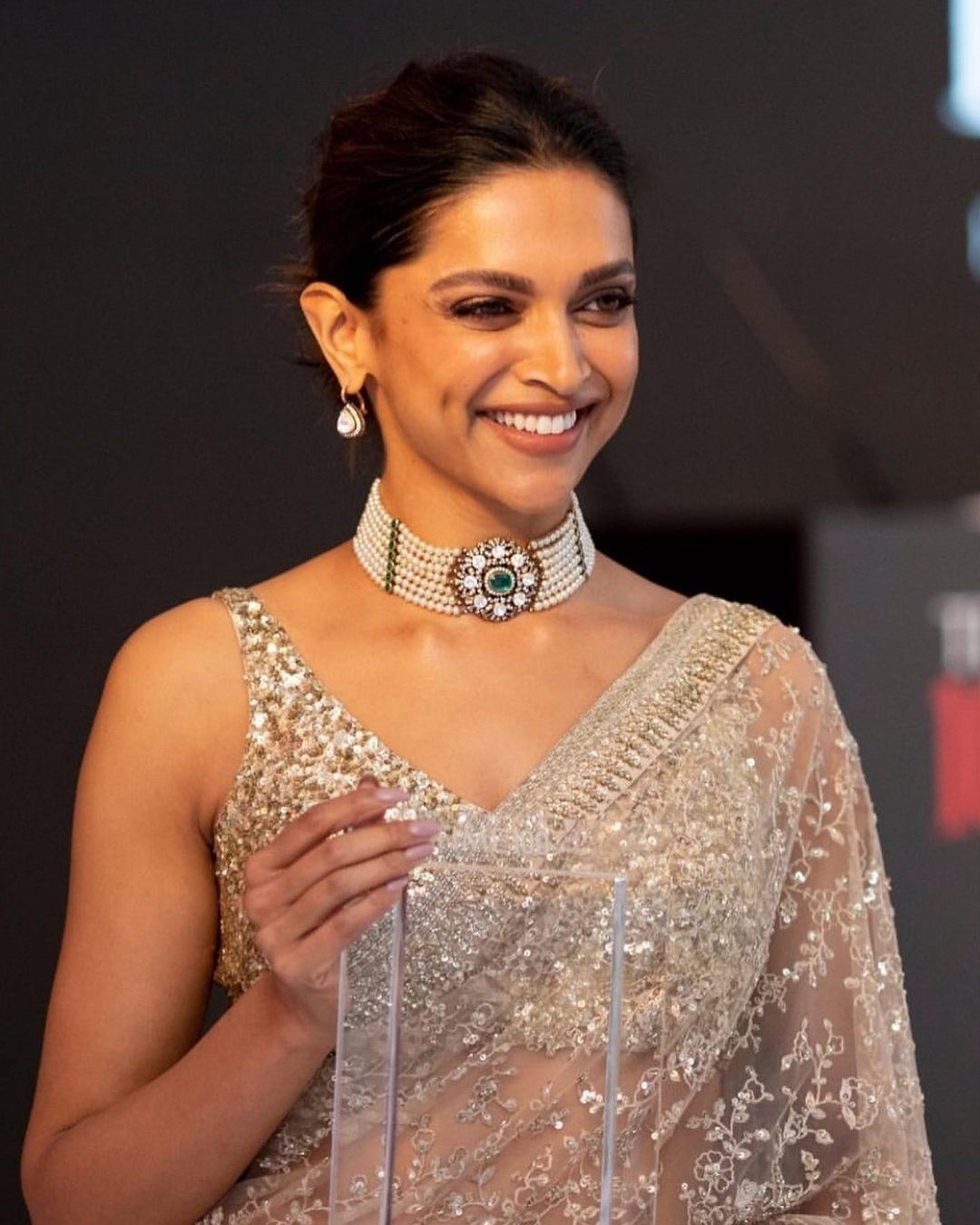 Taking to her IG stories, Deepika has also given a series of glimpses from her preparation to her ultimate presence at the event. Deepika's stunning saree, which featured shimmery floral work all over it, was from the shelves of the ace designer, Sabyasachi Mukherjee. She accessorised her look with a pearl choker neckpiece and dainty crystal-studded earrings. In addition, she opted for glam makeup which included bold kohl-rimmed eyes, defined brows, nude lipstick and highlighted blushed cheeks. In one of the stories, she was also heard saying:

"I am nervous, I don't know why, I've written some stuff and I hope it's meaningful. I just want to have fun." 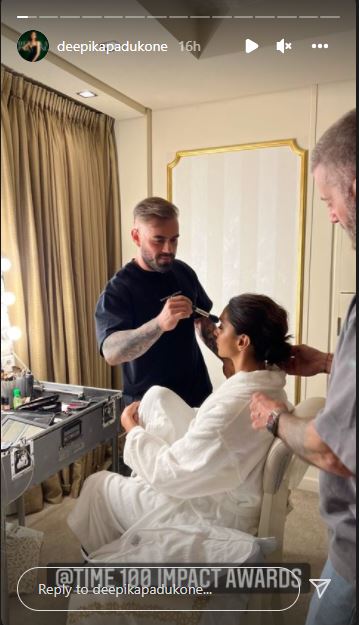 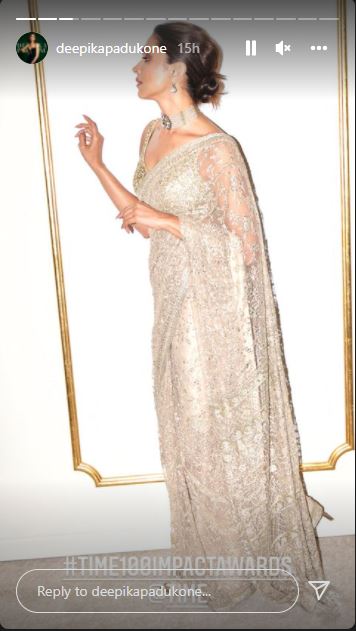 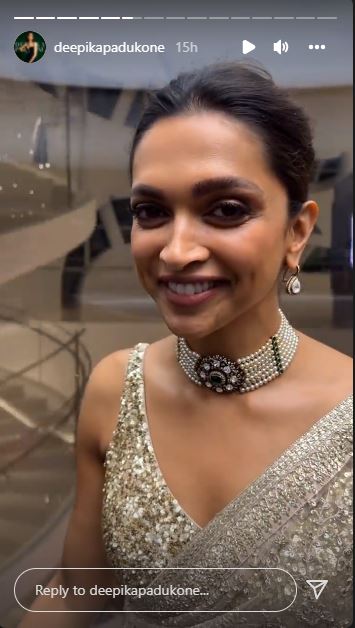 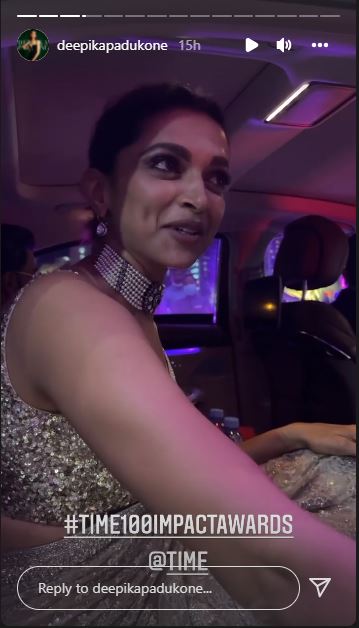 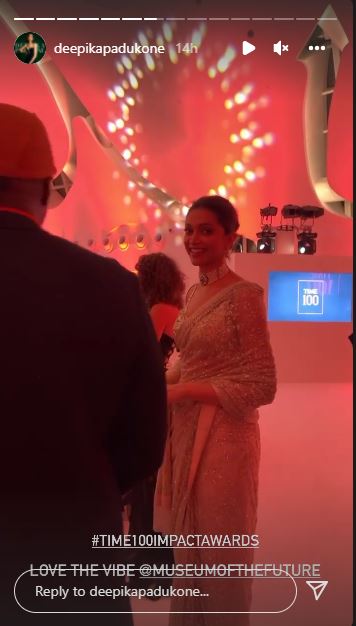 Bollywood stars, Deepika Padukone and Ranveer Singh are one of the most adored couples in the industry. Their support for each other through social media posts and on public appearances sets pure couple goals. For instance, On January 5, 2022, Deepika had turned 36, and Ranveer had taken to his Instagram handle to pen an appreciation note for her. He had shared a picture of Deepika, from her film, Gehraiyaan, wherein she was seen flaunting her back and enjoying herself in the sea. Alongside it, Ranveer had bared his heart out in the caption. He had written:

"My baby promoting #gehraiyaan on her birthday!" 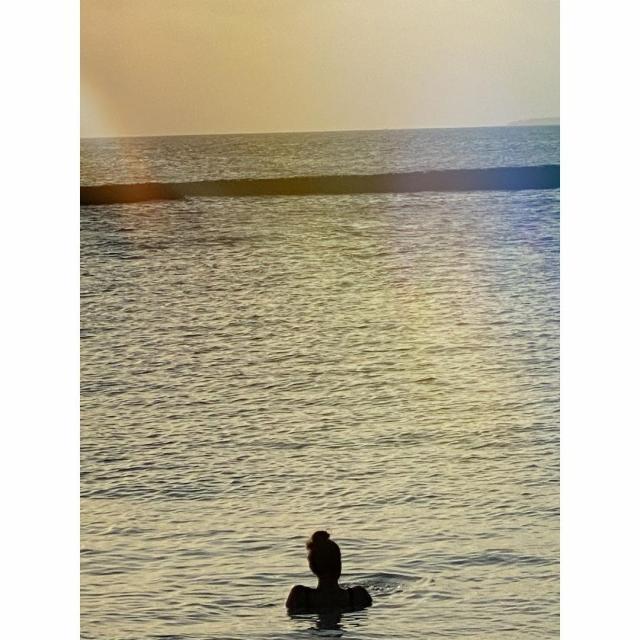 In the film, Gehraiyaan, we had seen Deepika Padukone engaged in intimate scenes with actor, Siddhant Chaturvedi. In an interview with Bollywood Bubble, the actress had addressed the comments asking whether Ranveer gets affected by those scenes. Talking about the same, Deepika had shared:

"It's stupid that we're even reacting to it. I think, for us, that's the most important thing. I don't read comments. I'm pretty certain even he doesn't. And, I think. Yuck! It just feels so stupid." 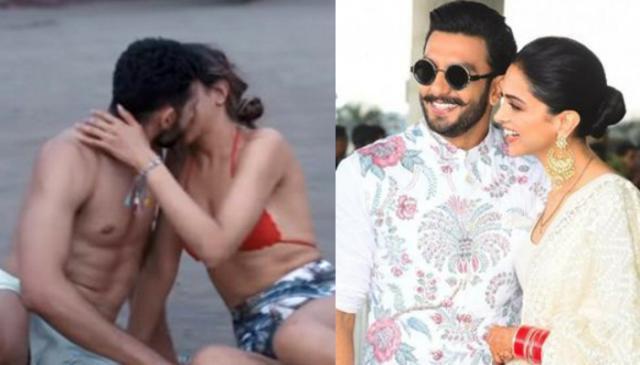 Congratulations to Deepika Padukone for her latest achievement.

Next Read: Tina Ambani's 'Bahu', Khrisha Shah's Sister, Nriti Shah Reveals Where Did She Get Her 'Chooda' From 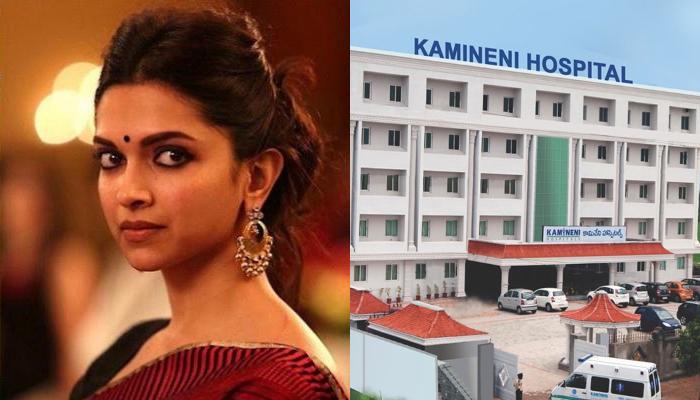 Bollywood diva, Deepika Padukone is one of the leading actresses in Hindi cinema. From her impressive acting chops to her fashion quotient, she never skips a chance to make people fall in love with her. Time and again, we have seen Deepika breaking headlines for all the good reasons and making