IAS Tina Dabi got engaged to IAS Pradeep Gawande and shared some beautiful pictures from their engagement ceremony on her Instagram handle. Check it out!

IAS officer, Tina Dabi announced her engagement with IAS Pradeep Gawande, and despite the age gap of 13 years, the couple is all set to tie the knot and become each other's forever. Tina and Pradeep dropped a series of pictures from their engagement ceremony, which has surprised everyone. According to a report by livehindustan, Tina and Pradeep will reportedly get married next month on April 22, 2022, in Jaipur. While this is Pradeep's first marriage, Tina is getting married for the second time.

For the unversed, Tina Dabi was previously married to IAS officer, Athar Khan. The couple had got married on March 20, 2018, in a lavish wedding, which was attended by famous celebrities, renowned politicians and the who's who of Indian politics. However, it was in 2020 when Tina and Athar had announced their divorce and had parted ways over reasons best known to themselves. The news had come as a shock to millions, who were inspired by their love story that was kick-started back in 2015 during their UPSC training days.

Recommended Read: Tina Ambani's 'Bahu', Khrisha Shah's Sister, Nriti Shah Reveals Where Did She Get Her 'Chooda' From 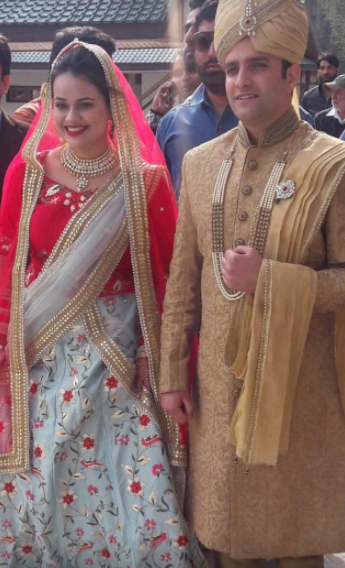 On March 28, 2022, IAS officer, Tina Dabi took to her Instagram handle and shared a stunning picture with her fiance and IAS officer, Pradeep Gawande, reportedly from their engagement ceremony. In the picture, Tina and Pradeep looked the happiest as they twinned in the shades of red. While Tina looked gorgeous in a red saree and black blouse, her husband-to-be can be seen donning a red kurta along with blue denim. The couple can be seen posing away from the camera while holding each other's hands. Along with their unmissable picture, Tina and Pradeep penned a similar note in the caption as it was a collaborative post. The caption can be read as:

"I'm wearing the smile you gave me #fiance." Soon, IAS officer, Pradeep Gawande shared another love-filled picture with his ladylove, Tina Dabi, and it went viral on social media in no time. In the picture, the newly-engaged couple can be seen gazing at each other while having a happy conversation. However, what caught our attention was how beautiful they looked together, and, like millions, it also made us believe that they are made for each other. Along with this picture, Pradeep Gawande ignited his inner poet as he penned a romantic one-liner in the caption for his wife-to-be, Tina Dabi, and it can be read as:

"Together, is my favourite place to be!" A few moments back, IAS officer, Tina Dabi shared a series of pictures from her romantic photoshoot with her IAS fiance, Pradeep Gawande, on her IG stories, and every frame speaks volumes about their true love for each other. From witnessing their cute chemistry to losing our hearts at the way they looked at each other, Tina and Pradeep are leading all the headlines for their mushy photoshoot. Also, Pradeep dropped a picture and video from the celebrations that had happened after their engagement. In the video, we can spot Pradeep donning a grey-coloured checkered shirt and khaki pants, while Tina stole the limelight with her pink-coloured suit. Along with these, Pradeep penned a simple one-liner in the caption, and it read:

"Sharing some moments from a family celebration." 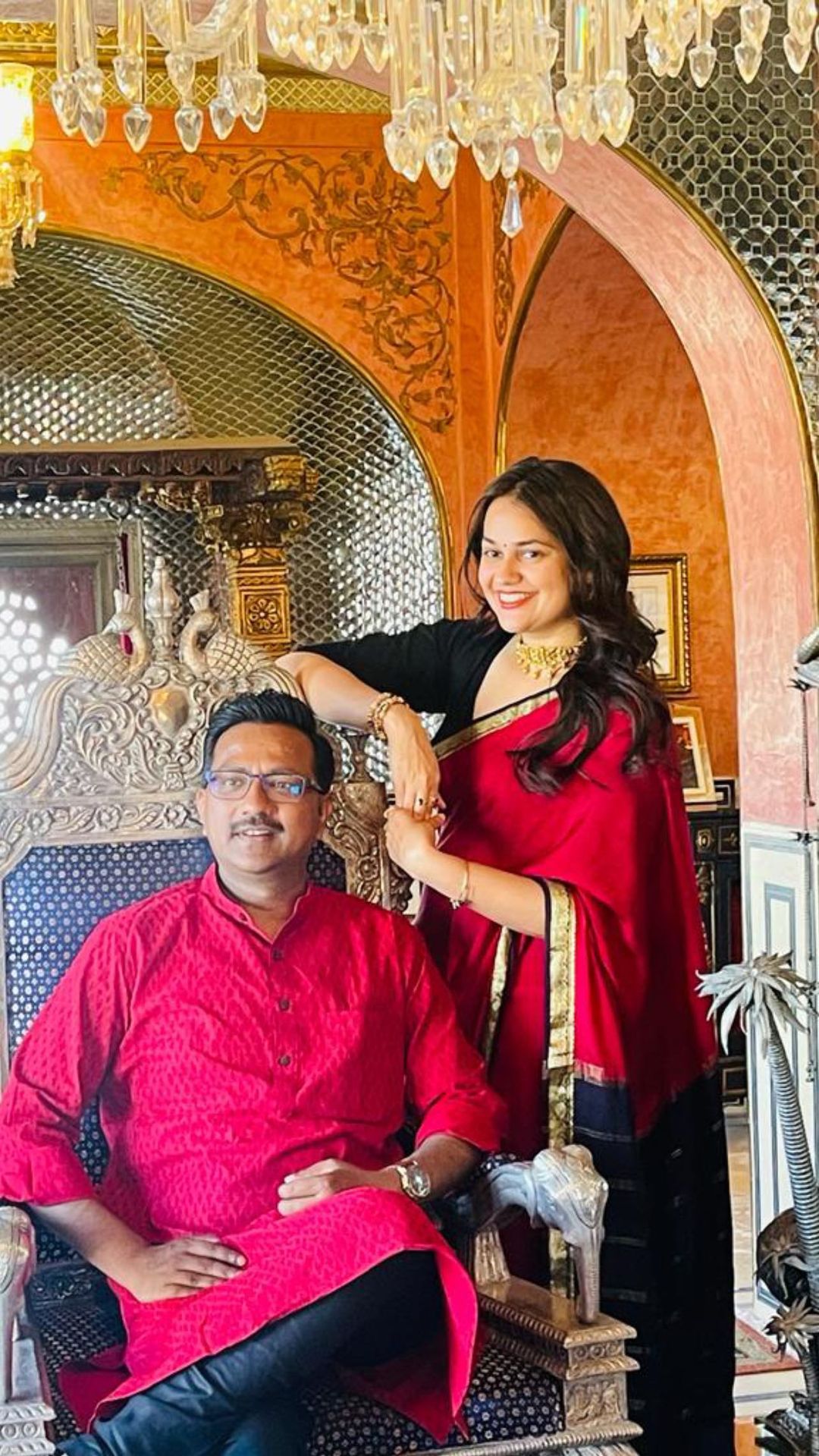 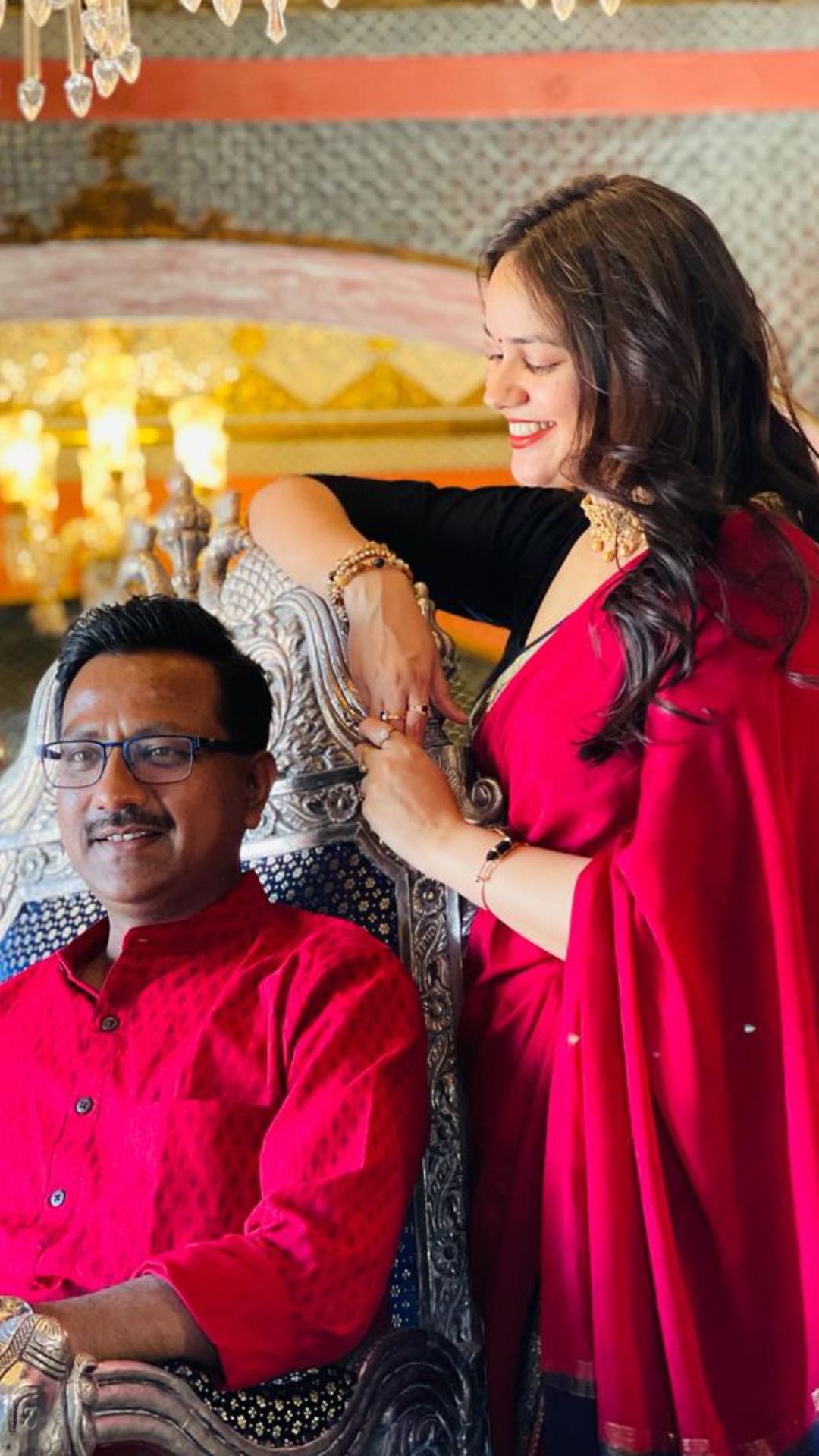 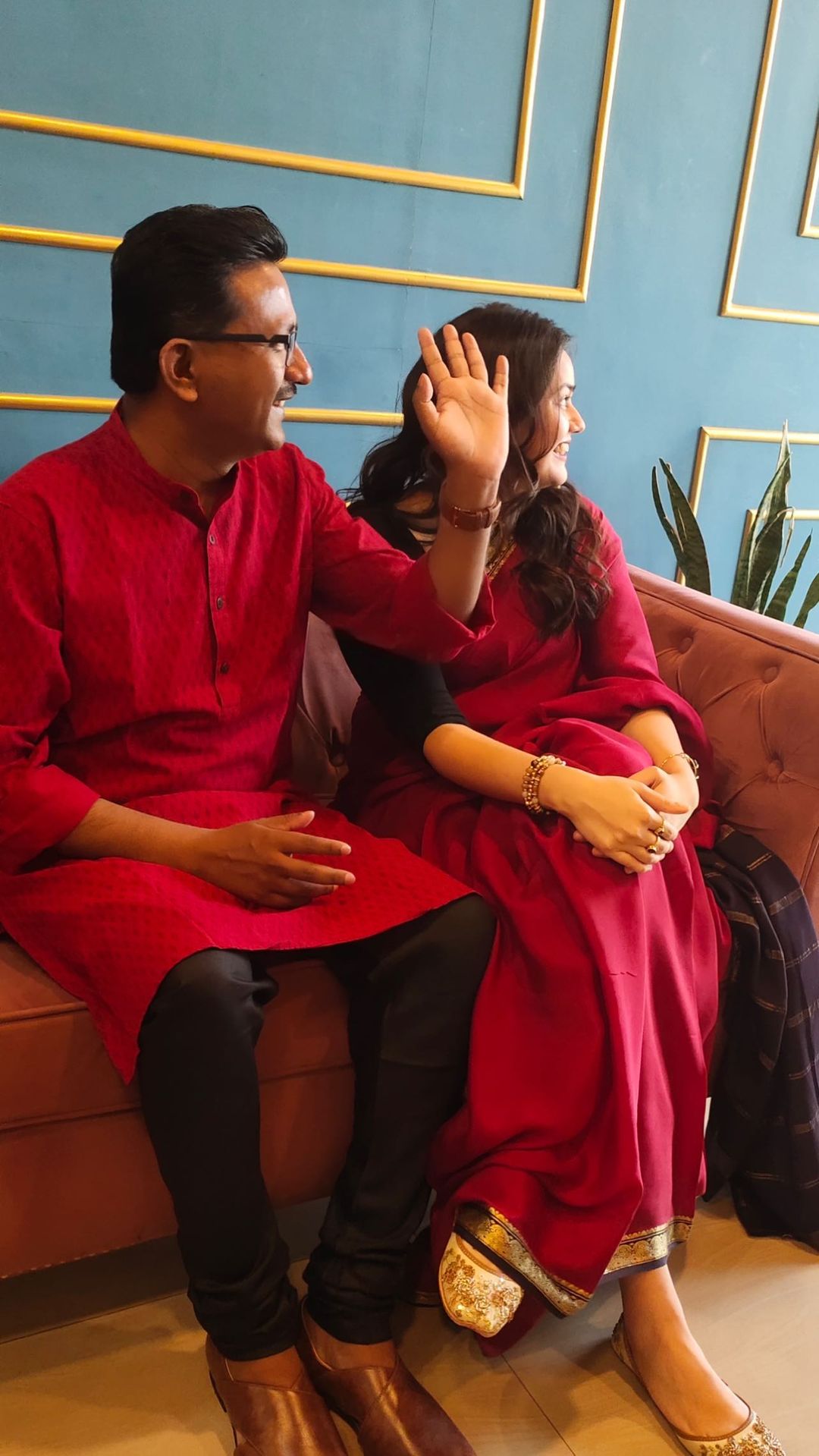 Congratulations to the couple, and we simply cannot wait to witness Tina and Pradeep's wedding!

Also Read: Virat Kohli Shares A Glimpse Of Vamika's Play Area As He Posts A Cute Selfie With Anushka Sharma