In this selfie culture that we live, where everyone is a digital creator with their handhelds, making hashtags go viral on social media is a cake walk. And that latest addition in the storm of memes is the just-married couple, Deepika Padukone and Ranveer Singh. As soon as they posted their official unseen photographs from their wedding in Italy, netizens couldn’t help but tune into their meme-making apps and humorously reduced the much-awaited pics into 400*200 memes. (Also Read: Deepika Padukone-Ranveer Singh Learnt Kitchen Tricks Together In Udida Mahurat Ritual, Read Details)

Today (November 21, 2018) is Deepika and Ranveer’s first reception, among the three, in Bangalore and undoubtedly they must be busy with the preparations. But the following memes must be shown to them, after all, who other than Ranveer himself is best suited for all the fun and crazy stuff, right? Take a look at these DeepVeer memes and get ready to ride on a laughter roller coaster: 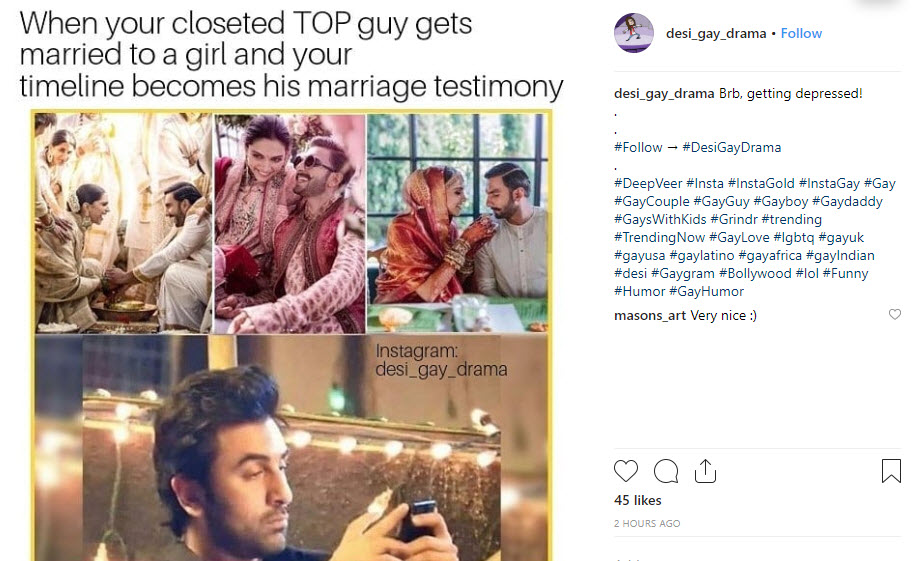 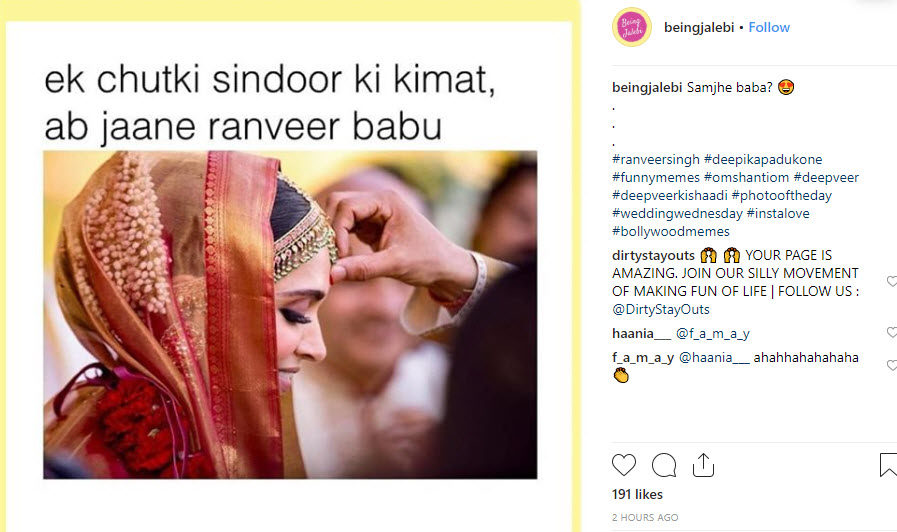 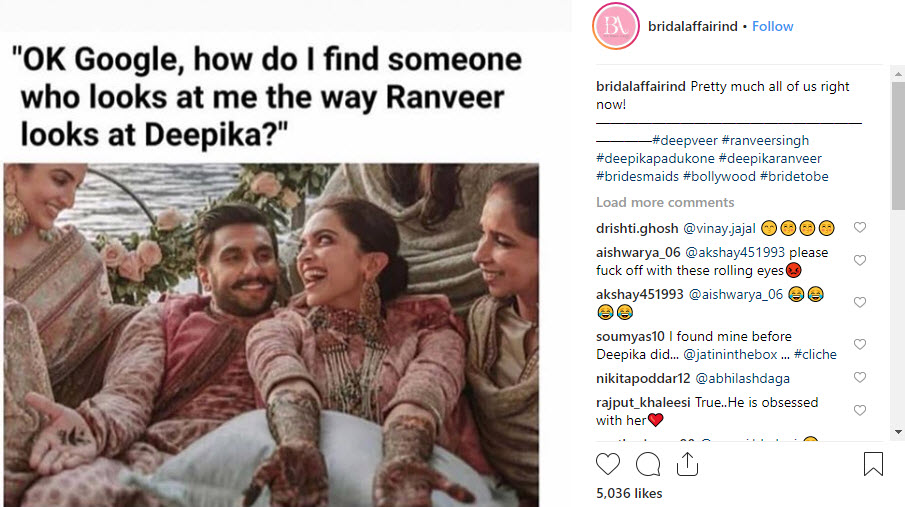 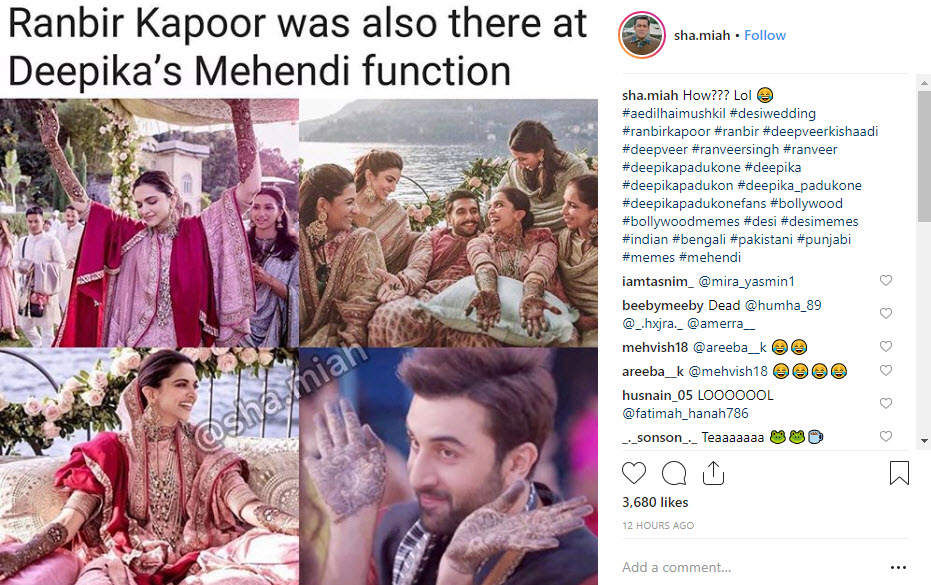 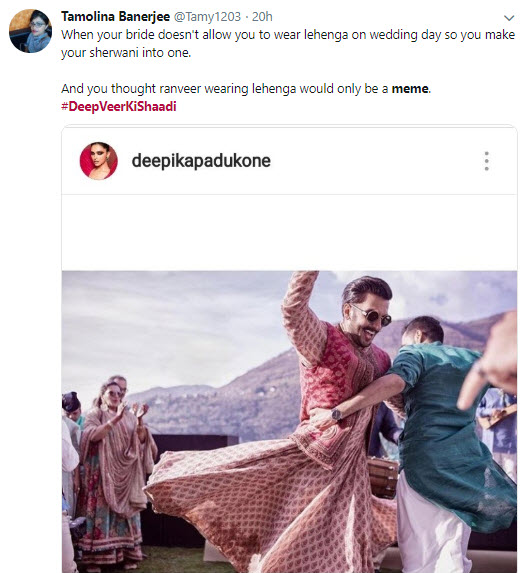 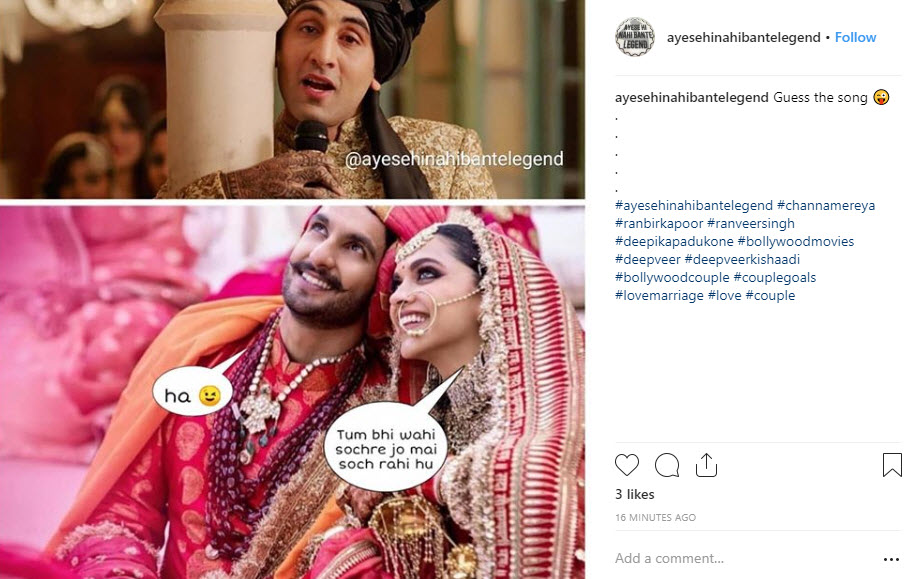 In fact, earlier as well, post their wedding when Deepika and Ranveer posted the first official photographs, the advent of funny memes on social media took the country by a storm of LOLs and ROFls. 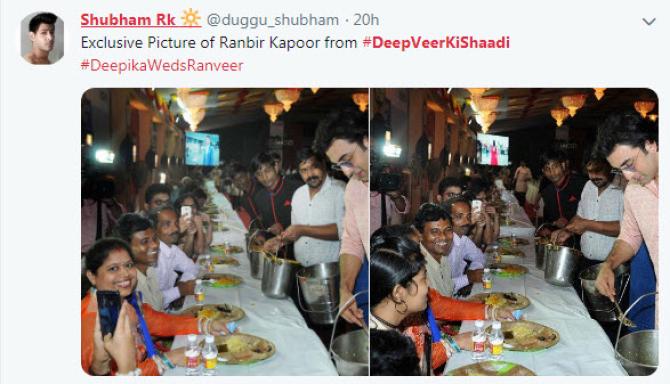 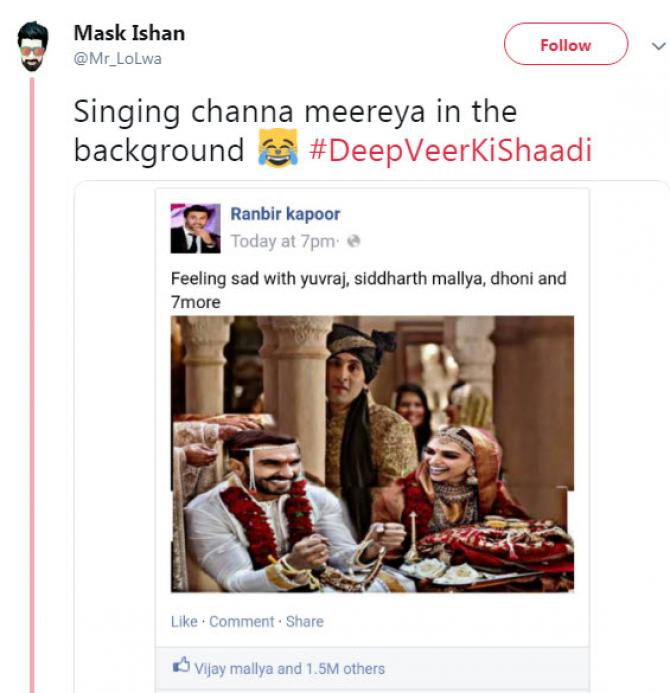 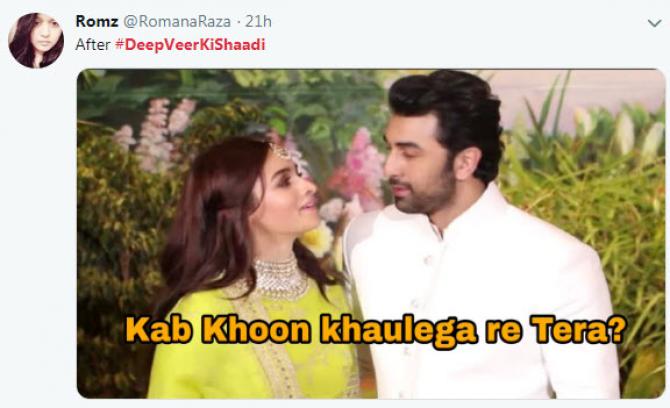 And we are pretty sure that these memes would incessantly keep dropping in even after DeepVeer’s Bangalore reception today. Speaking of which, a source earlier informed an online tabloid about the reception and was quoted as saying, “The biggest reason why Deepika chose to have the reception at the Leela, Bangalore was renowned Italian restaurant of New York, Le Cirque which goes by the name Le Cirque Signature. DP loves the restaurant in NYC and their franchise in Bengaluru drew Deepika to The Leela. Her mother has also gone food tasting 2-3 times. The food will be pre-dominantly South Indian though. They will check into the hotel on 20th and check out on 22nd.” 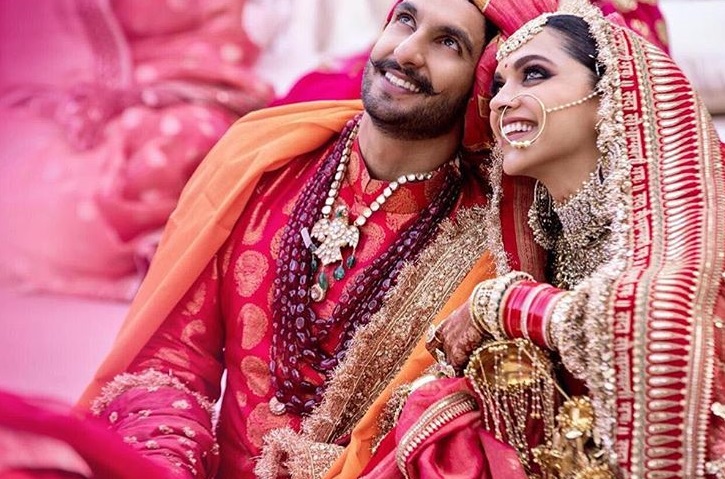 Earlier, everyone had guessed that Deepika’s wedding outfit would be designed by Sabyasachi Mukherjee. But the ace-designer took to his official Instagram to clarify that Deepika’s Konkani wedding saree was given to him by her mother for more work. This is what Sabyasachi wrote, “A NOTIFICATION – As per Konkani tradition, the bride’s saree is gifted to her by the mother for her wedding. Deepika’s wedding saree was given to us by her mother – Mrs Ujjala Padukone. We have just received information that the saree was bought from Angadi Galleria, Bengaluru and we would like to give them due credit for the same.” (You May Like: Vicky Kaushal Confirms His Love For Harleen Sethi, Sings A Rap Love Song For Her) After their wedding in Italy, DeepVeer got back to India on November 20, 2018. A grih pravesh ceremony was organised by the Bhavnanis for their bahu. Regarding the same, A DNA report suggested, “The Bhavnanis had organised a traditional griha pravesh for their bahu as per Sindhi customs. Ranveer’s family welcomed Deepika with an aarti and played a few customary games, too. She stayed at their residence last night. Today, they will head to her Prabhadevi home.” 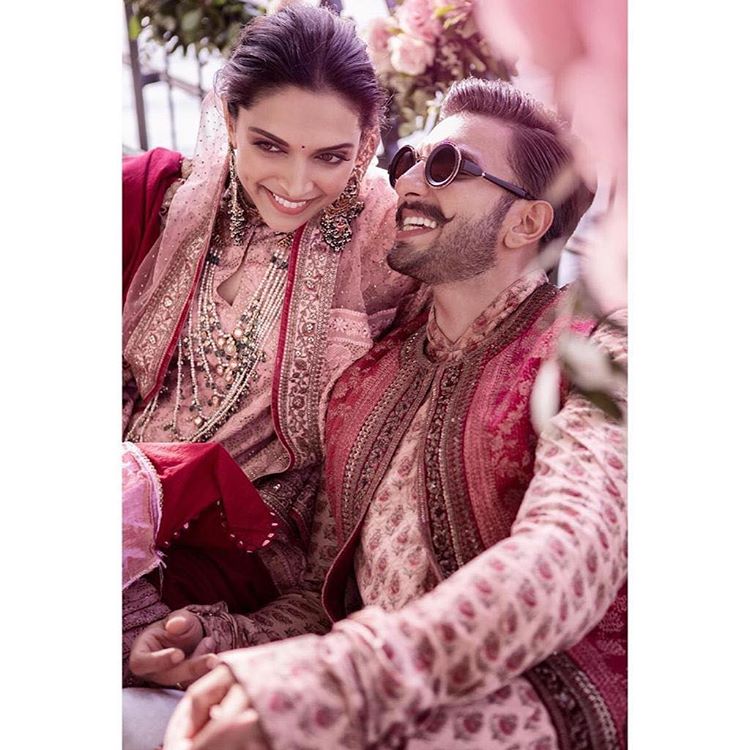 The report could further be read as, “The newlyweds will stay in DP’s apartment till they get their new house ready. As of now, the wedding celebrations continue. The superstar couple will fly with the Bhavnani clan for the wedding reception in Bengaluru on November 21 before hosting a grand bash in Mumbai on November 28.” 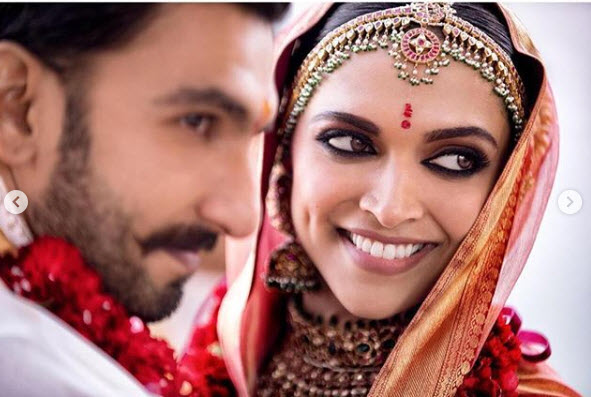 Speaking of their house, a recent report has suggested that Ranveer and Deepika will shift to a 50 crore INR worth of Bungalow. The report goes like this, “Ranveer and Deepika were looking for their perfect home since quite a while and the moment they saw this property, they knew they wanted it. It’s a huge bungalow which costs Rs 50 crore approximately. They wanted the interiors more personalised so the work in that house is still on. Until then, the duo will be residing in Singh’s current residence, Shree.” (Suggested Read: Sushmita Sen's Boyfriend Rohman Shawl Did Something For Her That She Had Always Wanted)

Stay tuned in here for updates on DeepVeer’s Bangalore reception and the obvious memes which would surface thereafter.