Vicky Kaushal Confirms His Love For Harleen Sethi, Sings A Rap Love Song For Her

Vicky Kaushal Confirms His Love For Harleen Sethi, Sings A Rap Love Song For Her 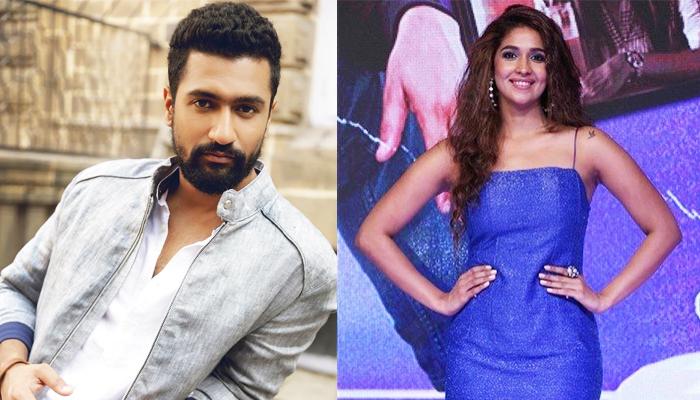 Vicky Kaushal is all over the headlines these days owing to his superb performances in films like Sanju, Raazi, Lust Stories and others. He is also seen in every Page 3 because of his personal life. Reportedly, Vicky Kaushal is dating Television actress and hostess, Harleen Sethi. Yesterday (November 20, 2018), Vicky called Harleen his anmol ratan on his Instagram story, sharing the trailer of her new web series, Broken But Beautiful. (Suggested Read: Unseen Picture From Isha Ambani And Anand Piramal's Engagement In Italy, Friends Shower Kisses)

And now, it seems that after so many speculations, Vicky has just confirmed his love for Harleen. In the latest episode of Neha Dhupia’s chat show No Filter Neha, Vicky broke many hearts by singing a love song for his alleged muse. In a segment, host Neha threw some names at Vicky and asked him to sing a rap song for each one of them. And when Neha uttered Harleen’s name, Vicky sang this, “Do you know? Main tenu kinna pyar karda...Do you know? Main tere utte kinna marda. Do you know?”

Could there be any bigger than hint than this? We don’t need more conjectures or their dinner date pictures to accept that Vicky is head-over-heels in love with Harleen. In fact, in the later part of the chat show, he said that he is most definitely in love but refrained from taking any name. But we know who he is referring to, right?

Vicky was last seen in recently released Anurag Kashyap’s film, Manmarziyaan. His acting was highly appreciated by audience and critics alike. Talking with Neha about his equation with Anurag, the 29-year-old actor said, “Firstly, I would say that he is too impulsive, which sometimes gets him in the wrong spot. He just ends up hurting himself. Secondly, I would say that because of that impulsive reaction, he sometimes forms judgments about people and situations which are not necessarily true. Third, as a friend, I would say ‘yaar thodi drinking kam kar do’ (please quit drinking).” (Also Read: Aaradhya Bachchan's Sweetest Gesture For Granny Brindya Rai At An Event Is Pure Love [VIDEO])

Coming back to Vicky and Harleen, the couple is often spotted together at various events and parties, In fact, the reports of their alleged relationship started doing rounds when they were snapped outside a restaurant in Bandra coming out of a lunch date. 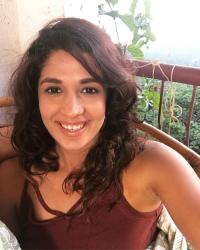 Sharing his marriage plans, Vicky added, “Well, I have asked my parents for 3-4 years. I am just 29 after all and have a career to make. But I feel very positive about the institution of marriage. Laddu abhi khaya nahi phir bhi laddu toh laddu hi lagega. But I feel it always work as a strength to have a companion in life who you can depend on. I like the thought of it. Jab Shaadi karunga tab ek aur interview karunga and I will tell you if marriage is La La Land.” 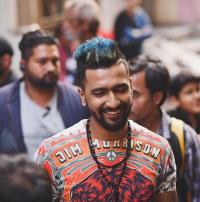 On the professional front, Vicky will next be seen in Uri and he has also signed Karan Johar’s directorial, Takht. During an interview with HT, Vicky said, “Working with Karan Johar is a dream come true for me. Also, I have been craving to be a part of a period film. The world that once existed always fascinates me. Though Karan will hate me for saying this, I am still saying it on record that when Kabhi Khushi Kabhie Gham (2001) released I was in 10th standard and it’s my all-time favourite film.” (Don't Miss: Saif Ali Khan And Kareena Kapoor Khan React To Taimur Ali Khan Dolls Selling In The Markets)

Well, now that Vicky has dropped major hints about his love for Harleen, they should come out in the open and confess their love for each other.