Deepika Padukone-Ranveer Singh's Wedding Details: Cell Phones Are Not Allowed At The Venue

Deepika Padukone-Ranveer Singh's Wedding Details: Cell Phones Are Not Allowed At The Venue

2018 is going to be one of the most memorable years for the Bollywood world and showbiz freaks. This year the Indian film fraternity witnessed beautiful damsel, Sonam Kapoor Ahuja’s wedding and there are two more grand weddings all set to take place one of Priyanka Chopra-Nick Jonas and the other of Deepika Padukone-Ranveer Singh. Everyone is super-duper excited and all geared up for the big fat weddings of 2018. There is a new update on lovebirds, Deepika and Ranveer. (Also Check: Misha Kapoor Enjoys Kite-Flying With Baba, Pankaj Kapur On Independence Day, Mira Kapoor Shares Pic)

Well, earlier rumours were rife that Ranveer Singh and Deepika Padukone might be getting married in 2018, but after a legendary actor’s wishes, the rumours got confirmed. Apparently, the finalised date for DeepVeer's (as their fans fondly call them) wedding is November 20, 2018, which will be taking place in Italy. Veteran actor, Kabir Bedi has sort of confirmed the news as he took to his Twitter handle and posted a congratulatory message for the couple. Here’s what he tweeted, "Great couple! Great locale in Italy! Great event! Wishing @RanveerOfficial and @deepikapadukone a wonderful wedding, and a lifetime of happiness." (You May Also Like: Salman Khan's Co-Star Rambha's Third Baby Shower, Writes Hubby And Kids' Name On 'Mehendi')

Talking about the latest buzz, though Deepika and Ranveer have taken Virushka’s route of a hush-hush wedding, it is reported that they will make it even more private one. As per the report by DNA, there is a set rule that no one can take their cell phone to the wedding. DNA report states, “The couple has apparently asked their guests not to get their cell phones to the wedding so as no photos or videos get leaked before they officially announce it.”

It further added, “They have asked guests to not bring their cell phones to the ceremony. Considering the fact that it will be a destination wedding, there will be fewer people and all the arrangements will be in place. While the two, in all likelihood, will share pictures with their fans eventually, they hope this step will help them guard their privacy." (Don't Miss: Ankita Bhargava Blackmails Hubby Karan Patel, Threatens To Expose His Pictures)

Speaking about the wedding and guest list, a source told Filmfare that, "It’s a very special day for both Ranveer and Deepika which is why they just want the close ones to be present for their wedding ceremony. Mostly it will be their families and a few close friends. The guest list consists of merely 30 people and that’s exactly how these two want it. Italy is a favourite destination of both Ranveer and Deepika so they want to keep their big day more of a private affair. They are looking forward to hosting grand receptions once they’re back in India post the wedding." (Also Read: Kareena Kapoor Khan Celebrates Hubby Saif Ali Khan's Birthday With Step-Children, Sara And Ibrahim)

On the work front, Ranveer is lined up with great movies namely, Gully Boy, Simmba, 83 and Takht. On the other hand, Deepika is currently on a break and there is an announcement yet to be made for her next project.

Deepika Padukone And Ranveer Singh's Wedding Pics Will Be Shared Soon, But On This Unique Condition 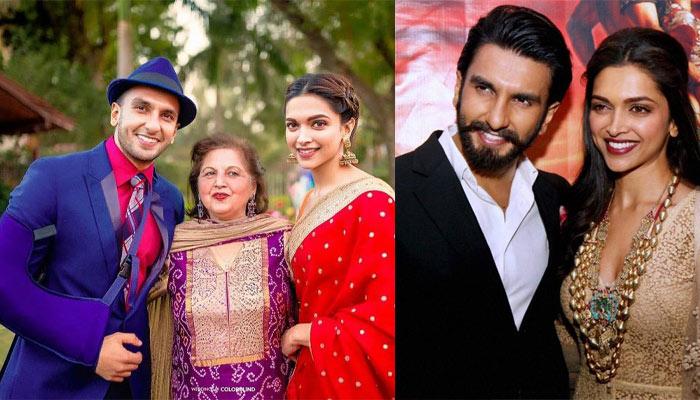 The final countdown has begun in minutes for Bollywood’s dream jodi, Deepika Padukone and Ranveer Singh to become each other’s forever and it is becoming increasingly difficult for all fans to contain their excitement! With a strict ‘no picture’ policy, all we can do right now is to soothe our