'Kai Po Che!' fame, Amit Sadh revealed that it was his fourth suicide attempt that had changed his life once and for all. Find out! 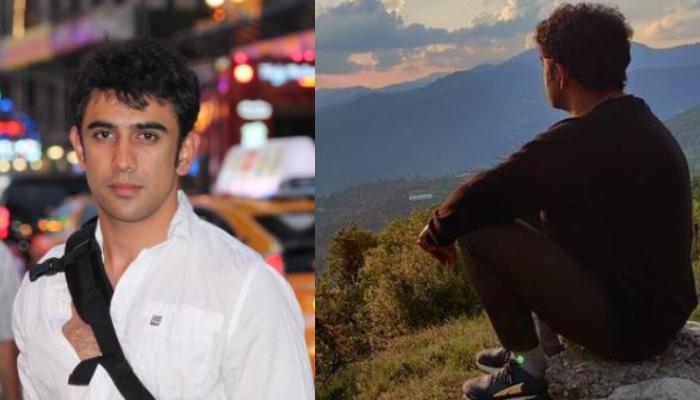 The man of the moment, Amit Sadh, who had won everyone's heart with his incredibly intense performances in Breathe: Into The Shadows and Avrodh: The Siege Within among others is riding high on the professional front. Also, in terms of his personal life, the actor is reportedly dating Mohabbatein fame, Kim Sharma at the moment. However, the two have dismissed the reports for now. But overall, Amit Sadh is finally living one of the best phases of his life, which he truly deserves, seeing all the hardships he had been through in all these years. (Recommended Read: Tusshar Kapoor Receives A Birthday Surprise From Son, Laksshya Kapoor On His 44th Birthday [Video])

However, in his recent interview, Amit Sadh talked about the things which he has suffered in his life and how he had attempted suicide four times in his life. Scroll down to know it all!

In an interview with MensXP on the special occasion of International Men's Day, Breathe: Into the Shadows actor, Amit Sadh revealed that he had attempted suicide four times in his life. But his revelation that all his suicide attempts had happened between the age of 16-18 has come as a shocker to his fans. The actor stated, "Between the age of 16 and 18, I tried committing suicide four times. I didn't have suicidal thoughts. I just went to commit suicide; there was no planning. I just woke up one day and tried and tried again and again and again." (Don't Miss: Mona Singh Reveals Details About Freezing Her Eggs, Shares Why She Is Not In A Hurry To Have Kids)

Going further in his interview, Amit Sadh talked about the time, when he had attempted suicide for the fourth time and how it had changed everything. The actor added that he not only survived it but had also inherited the spirit of never giving up for the rest of his life. The actor continued, "Then by God's grace, the fourth time, the last time I did, I knew that this is not the way and this is not the end. And things changed. My mindset changed. And since then, it has evolved and the philosophy of 'never giving up' came in me."

After his shocking revelation about his suicide attempts, Amit Sadh requested people to come out and talk about it because it had taken him 20 long years to come out of his life's darkest phase. He signed off saying, "I didn't overcome it all in one day - took me 20 years! I just found one thing for sure - this is not the end. Life is a gift. So, the day I understood this, I started living it. I feel blessed and fortunate that I'm on the other side of the white light. Now I have a lot of compassion, love and empathy for people who become weak. There must be so many people who commit suicide, but there are so many more people who contemplate or have thoughts about committing suicide on some dark day. For me, what marks real strength is to come out of it." (Also Read: Inside Tour Of Shah Rukh Khan And Gauri Khan's Delhi Home, King Khan Reveals His 'Favourite Corner')

Did you find Amit Sadh's battle with depression, inspiring? Let us know!