They say love can make things happen! And, if you are head-over-heels in love with your partner, then it is an even more amazing feeling. The lovey-dovey moments shared between you and your partner take an even special turn. And if we talk about our Bollywood celebs going rock-strong with each other, then this couple surely takes the top slot on our list. We are talking about Junior B, Abhishek Bachchan and ex-Miss World, Aishwarya Rai.

They got married on April 20, 2007, and have been together ever since despite several ups and downs. There was one situation when it was also reported that during one of the events around the release of Sarbjit, when Abhishek accompanied Aishwarya, he left her midway on the stage. 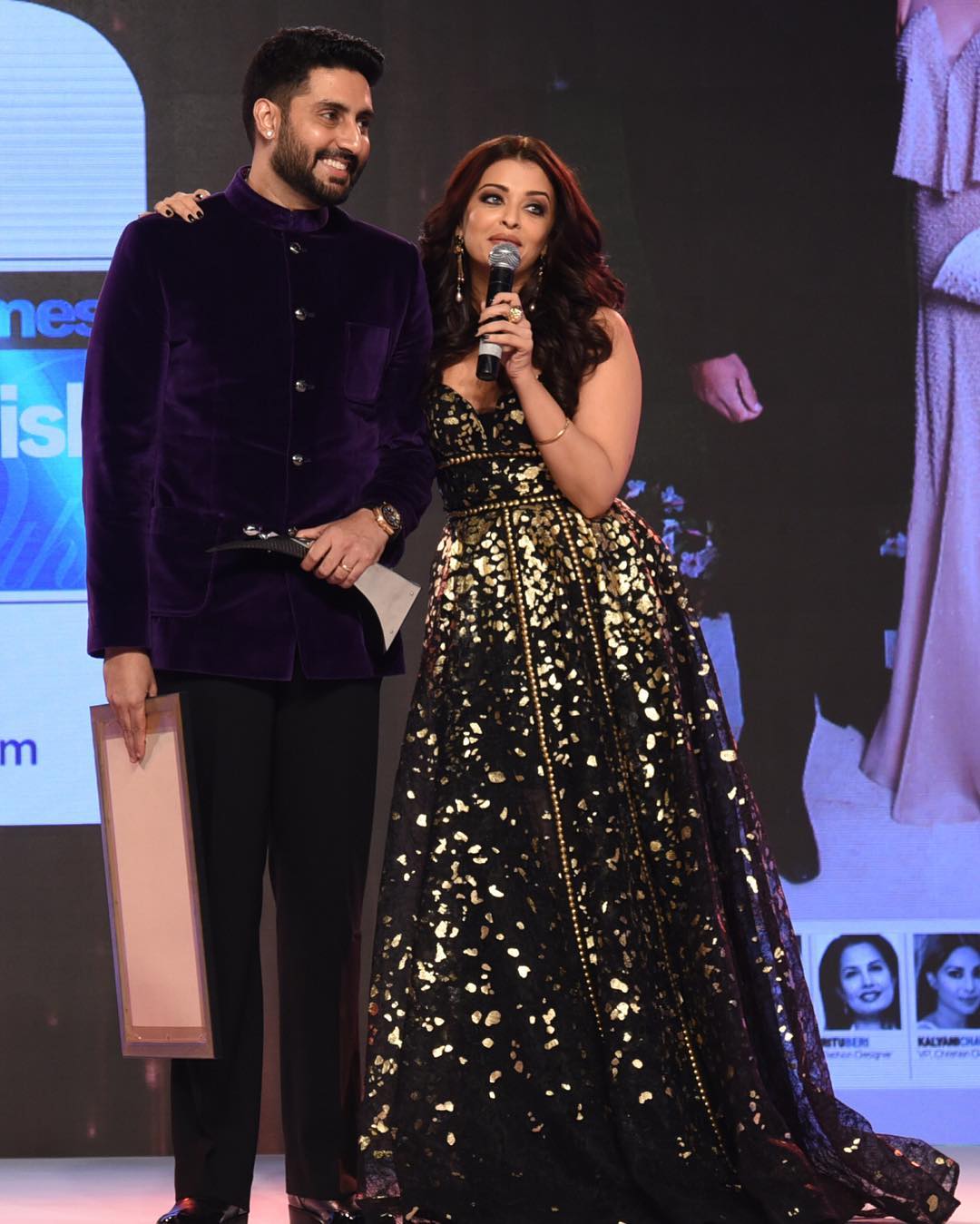 A lot of speculations started doing the rounds stating that Abhishek was miffed with Aishwarya’s success and that their marriage was on the rocks. But what Junior Bachchan did next was something we only see in movies. When quizzed about the reason why he left Aishwarya halfway through, the fine gentleman said that he wanted the spotlight to be on the most beautiful woman of his life. Isn’t that melting your hearts already? We get for you some of their most adorable moments together. Have a look at these moments that prove that true love conquers all. 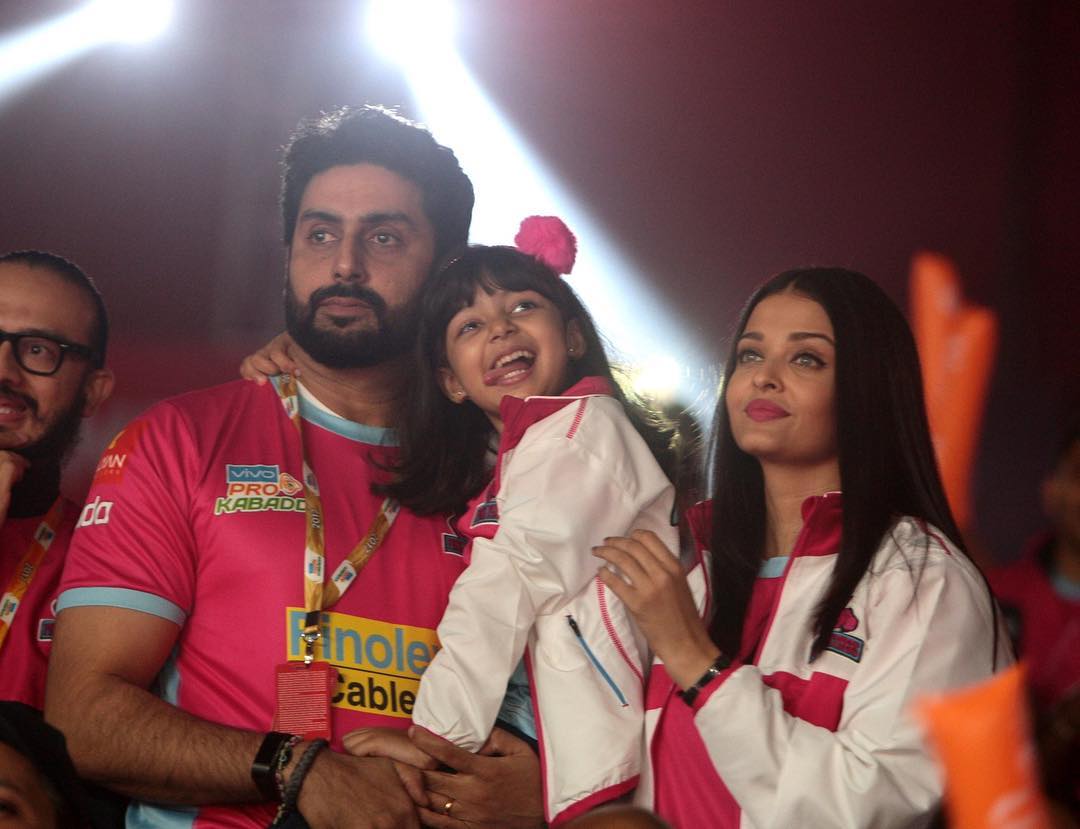 Being a very strong couple, Abhishek Bachchan and Aishwarya Rai Bachchan have happily completed a decade of relationship. Recently, the couple was found at designer Manish Malhotra's house and while coming out of the venue, while getting inside the car, some photographer clicked Aishwarya from an uncomfortable angle and without a doubt, reproached the photographer. He went ahead calling him and asked the photographer to delete the photos immediately. Check out the video here:

Husband Abhishek has always been protective not only about Aishwarya but also about his whole family. During daughter Aaradhya's birth, when Aishwarya was body shamed, this is what Abhishek mentioned:

"I just think it’s extremely insensitive and no one has the liberty to speak about her like the way they sometimes do. Yes, she’s a public figure, but people forget she’s also a woman and now a mother and there’s a line that’s not to be crossed. I don’t talk that way about any woman ever and it’s obviously not graceful for anyone to talk about her like that either.”

#2. Remembering 'the moment' when she said yes! 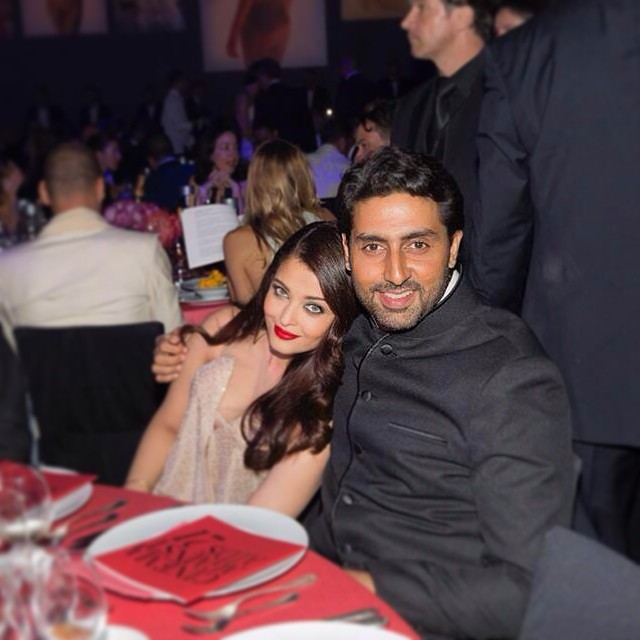 Only when a man feels blessed to have the best woman in the world by his side remembers the day his ladylove said yes! And yes, our Junior Bachchan definitely feels doubly lucky and grateful till day to have married Aishwarya Rai. It's been more than a decade that Abhishek popped the question to Aish and she said yes, and he still remembers the beautiful moment when it happened on January 13, 2007. 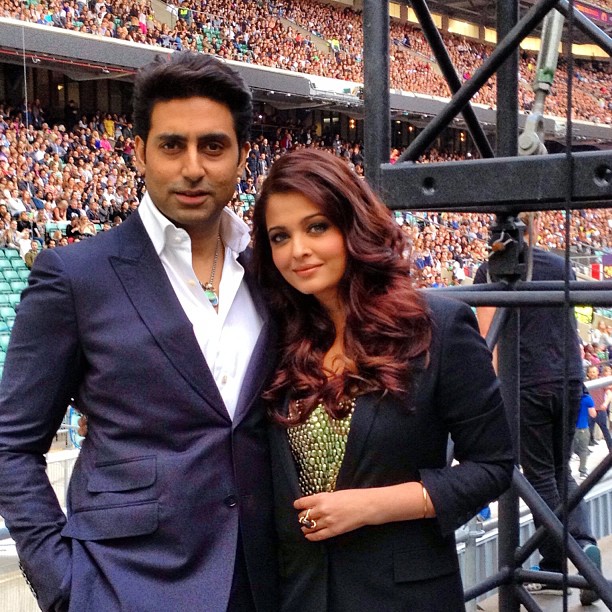 Abhishek Bachchan posted a love-filled message on his social media account to commemorate their special day when they completed 10 beautiful years of togetherness. 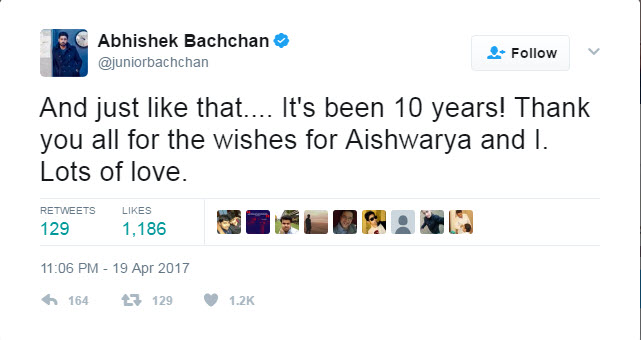 We loved this tweet because it's so true. Aishwarya and Abhishek indeed make 10 years look so damn easy, yet full of love.These two are still completely in love with each other, and this is what makes this couple unique. 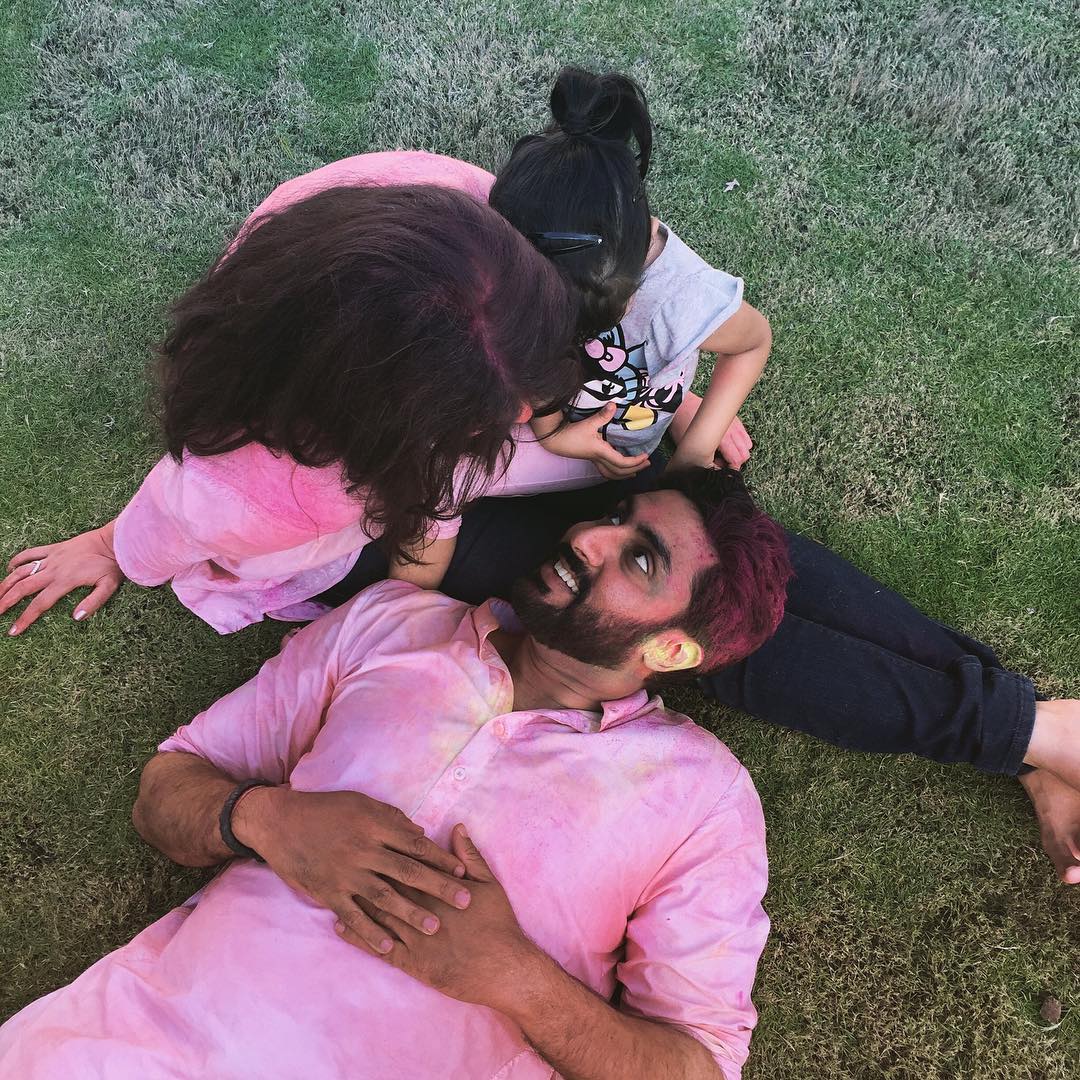 Abhishek Bachchan never misses out at any moment to show undying love for the two most important women in his life. His wife, Aishwarya and daughter, Aaradhya! On Holi, he posted an adorable picture with his “Mrs”, as he adorably calls Aishwarya and their cute girl, Aaradhya. Their love-filled moments are indeed, a treat for sore eyes! 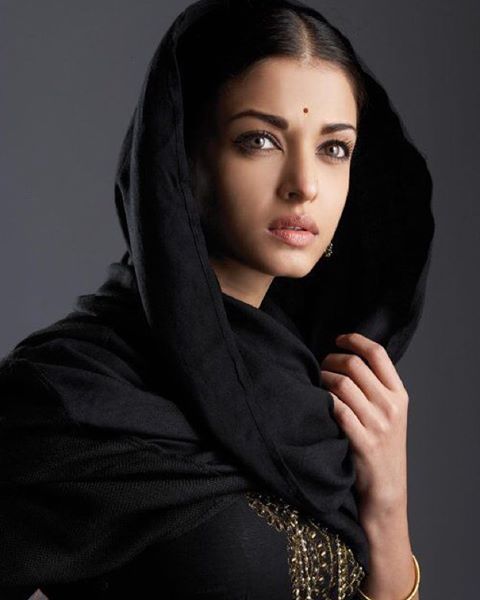 Their superhit film, Guru that released on January 12, 2007, was a milestone for both Aishwarya and Abhishek. This was the first movie that proved Abhishek and Aishwarya would look cute as hell even when old. And, at the nine-year anniversary of its release, Abhishek posted a candid picture of Aishwarya in her character, Sujata’s get up (above) with the below message:

Also Checkout: Inside Pictures Of Aishwarya And Abhishek Bachchan's Classy And Luxurious New House In Dubai 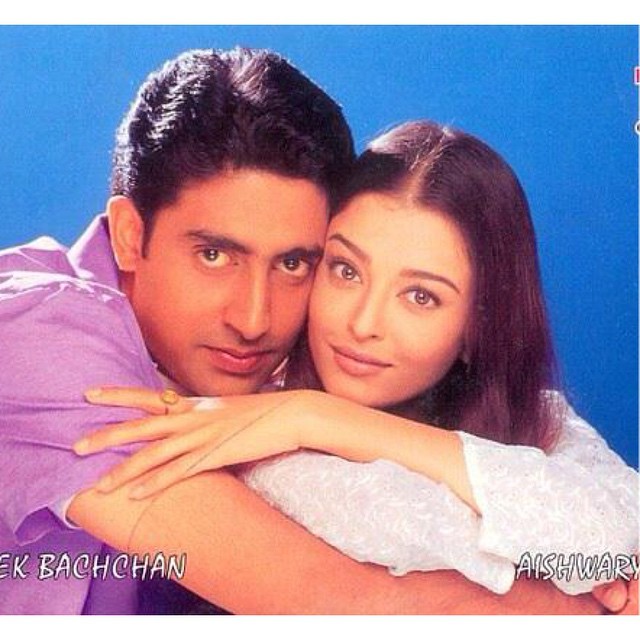 On their eighth wedding anniversary, Abhishek shared a throwback picture of him and Aishwarya from their first shoot together! This photo just proves that they were always meant for each other, and it was only a matter of time before they would end up being together for the rest of their lives. The caption he used for this pic was:

“This is from the 1st ever shoot Aishwarya and I did together. We've come a long way since then. Thank you all so much for such warm wishes on our 8th wedding anniversary. Big love to you all from both of us.” 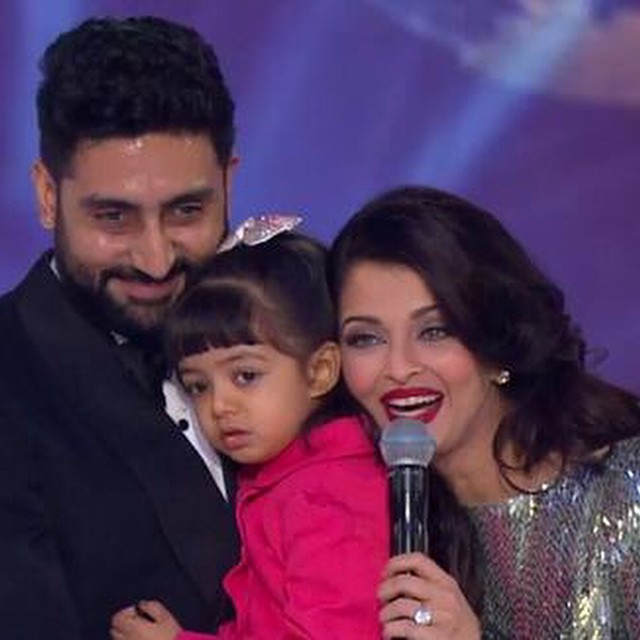 When Aishwarya got awarded for being the most successful and impactful Miss World; Abhishek, Aishwarya and Aaradhya went together to collect her award. Abhishek posted a picture from the event with an adorable caption that would make all wives jealous of Aishwarya. He wrote:

“The Mrs. Get awarded by Miss World as their most successful and impactful Miss World. Honoured. She got the award, I got to hold Little A. I got the better deal.”

We love that for Abhishek his little daughter is “the better deal” than Aishwarya getting an award!

You may also like: Breathtaking Post-Marriage Looks Of Aishwarya Rai That Stole Our Hearts 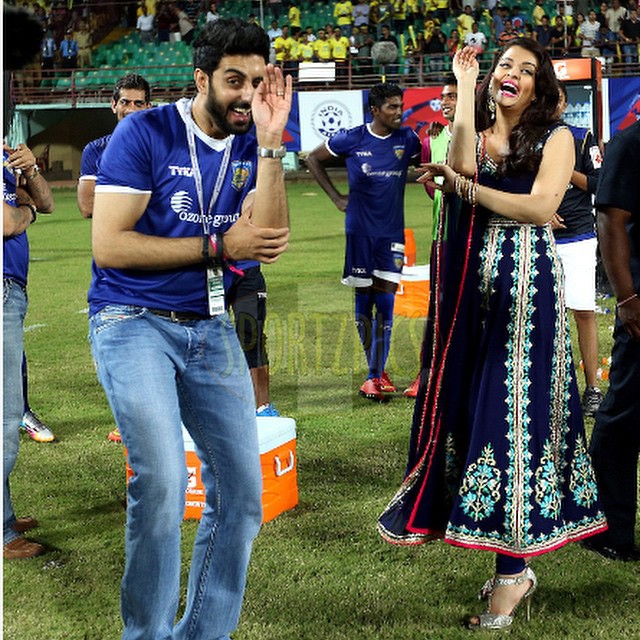 With the entire nation becoming a fan of comedy king Kapil Sharma’s favourite move, babaji ka thullu, how can our celebs be far behind? And, that is exactly what Abhishek Bachchan and Aishwarya Rai are doing here. They look so cute doing it! Don’t you think so?

#9. Loving her parents as his own While every lady is expected to be the perfect daughter-in-law, and loving and respecting her in-laws like her parents, it is seldom a must for the man. But, Abhishek sure knows how to become the perfect damaad for his parents-in-law. On Aishwarya’s late father, Krishnaraj Rai’s birthday, he posted a selfie with them and Aishwarya along with a fantastic caption that read:

Wow! We have never seen a son-in-law call his father-in-law a rockstar. Aishwarya and Abhishek have always been open about their relationship, and they do not even shy from showing affection to each other in public. And, this is exactly what happened when his team, Jaipur Pink Panthers reached the finals and even won them in the inaugural edition of 2014. When they won, Aishwarya was seen giving Abhishek a hug from the behind that was super-cute to witness.

Well, these moments are just a glimpse of Abhishek and Aishwarya’s memorable journey together. We hope their love grows stronger each day, and they keep giving relationship goals to all couples worldwide. Which was your favourite moment of them together? Do tell us in the comments section below.