Popular comedian, Lilly Singh shared a series of pictures of herself in a black 'sherwani', as she broke gender stereotypes and left her close friend, Priyanka Chopra Jonas, impressed. Find out!

Famous comedian, Lilly Singh is one of the highest-paid YouTubers in the world. The ever-so-gorgeous comedian was born in Ontario and is often referred to as the 'Superwoman', courtesy of her YouTube channel's name. Over the years, she has made a name for herself in the YouTube industry, and with more than 14.7 million subscribers and three billion video views, Lilly is also the recipient of many awards in her career so far.

From lifting the MTV Fandom Award, Teen Choice Awards, People's Choice Awards, and Streamy Awards, Lilly is hitting new heights with every video that she uploads on her channel. Currently, the comedian is in the headlines after she shared a series of pictures of herself in a black sherwani, and broke gender stereotypes. Check it out! 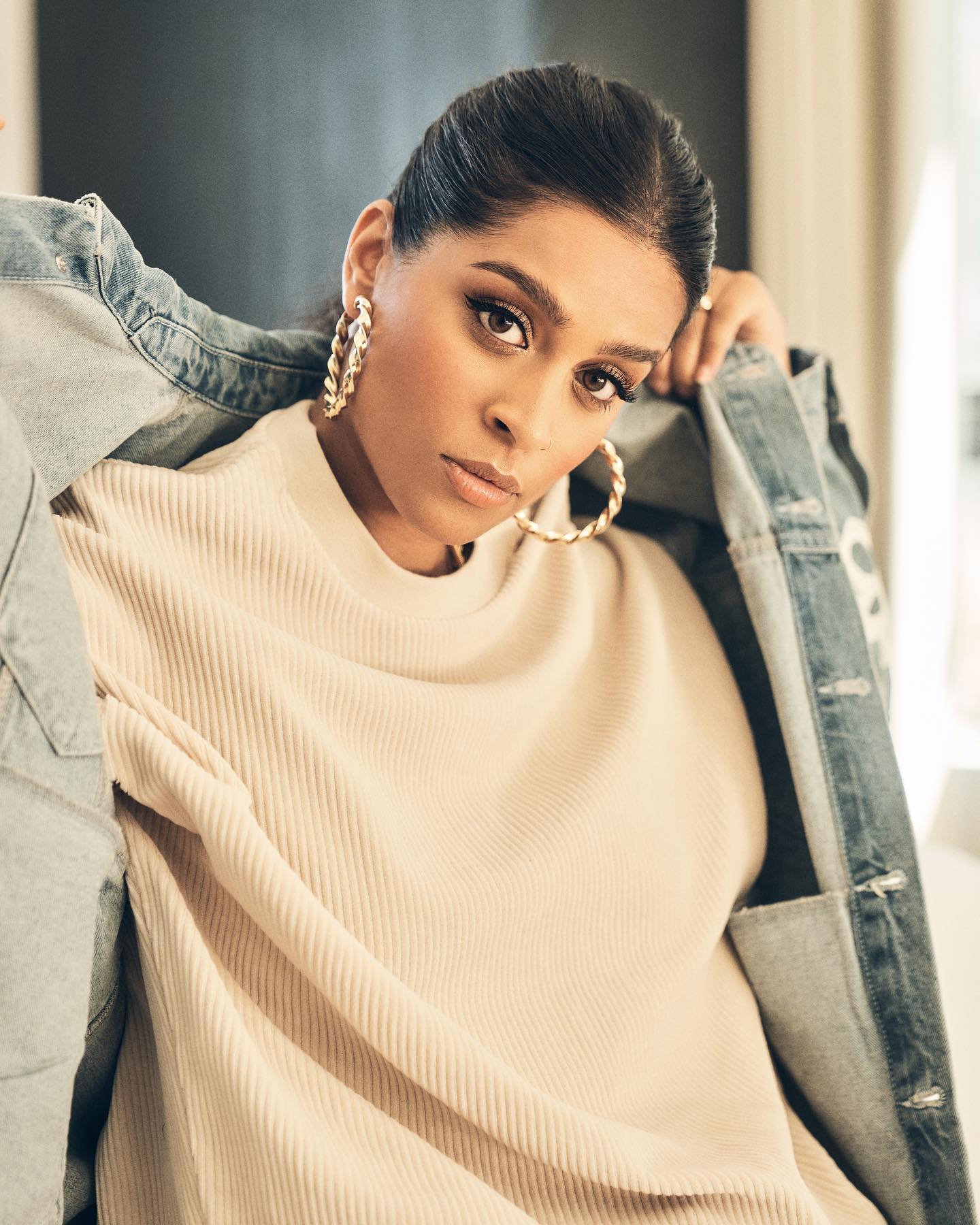 Popular comedian, Lilly Singh is once again in the headlines after she dropped a series of pictures on her Instagram handle in which she can be seen donning a sherwani. Yes! You read it right, the bold and beautiful YouTuber, who never fails to impress everyone with her fashion quotient and thoughts, once again proved why she is rightfully hailed as one of the flag bearers of breaking gender stereotypes. In the pictures, Lilly looked gorgeous in a traditional black sherwani. Lilly also wore a necklace, a bindi, and a pair of cool sunglasses to complete her look. The comedian's all-black look received a lot of love and admiration from people across the world. Along with the pictures, Lilly wrote: 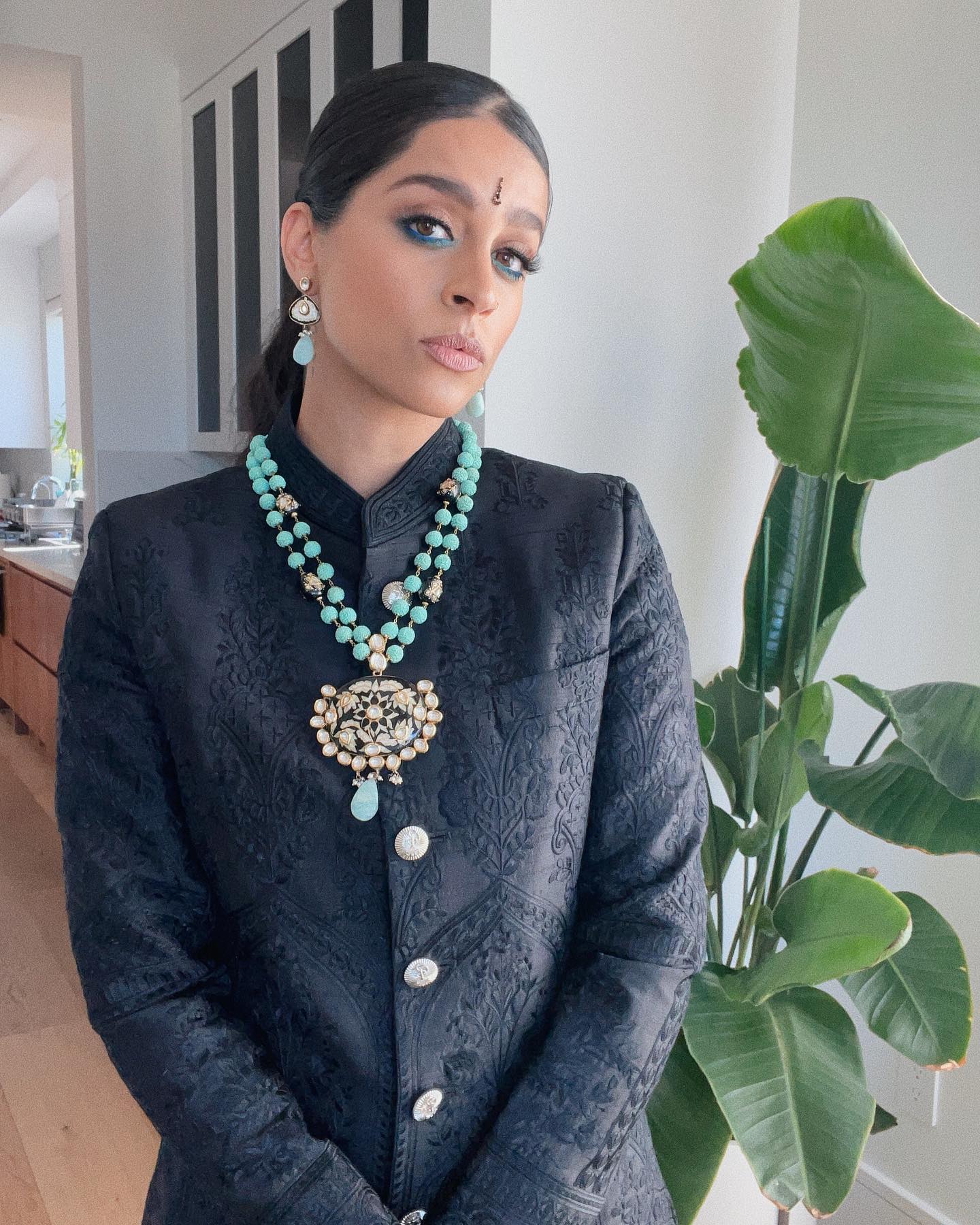 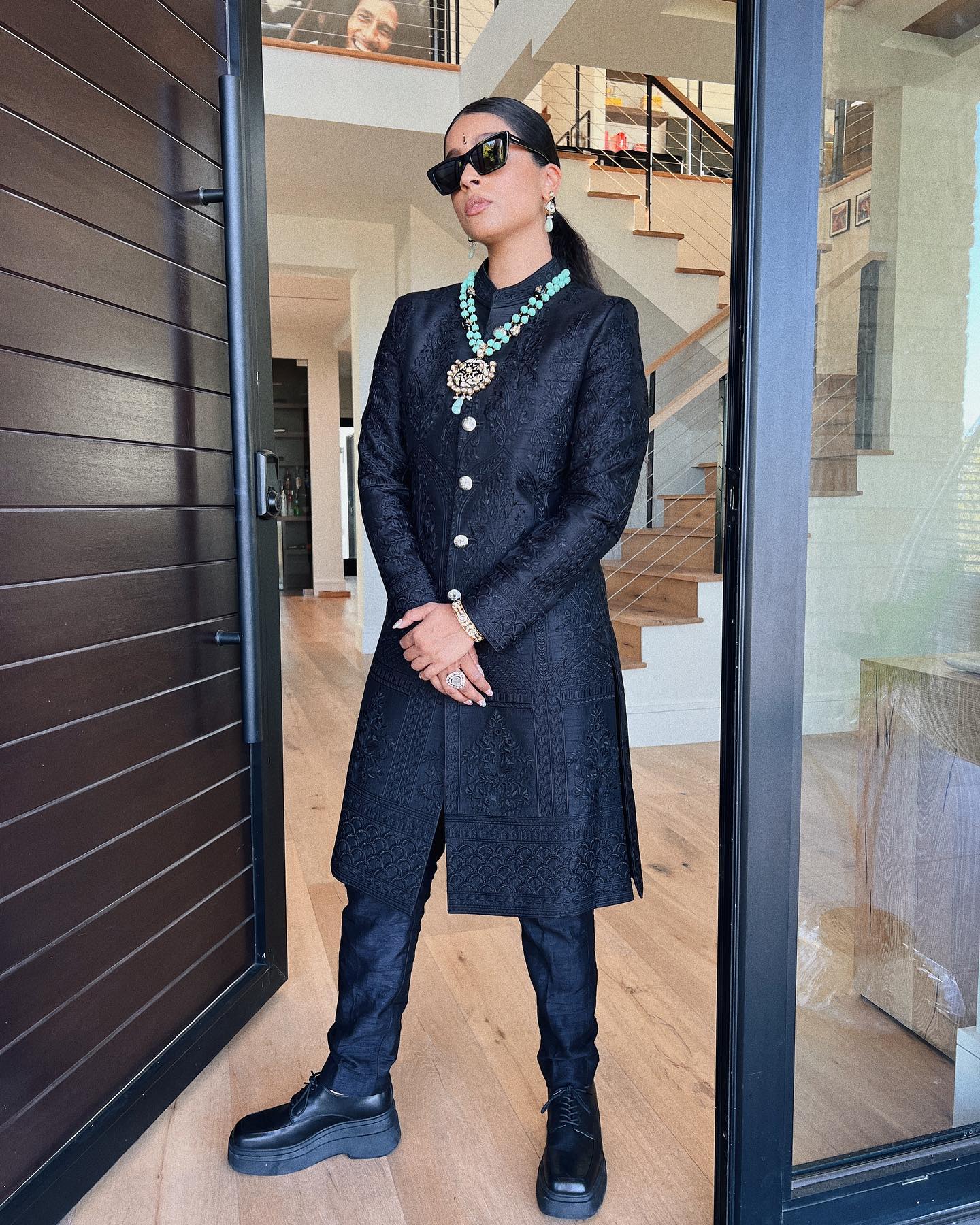 As soon as Lilly Singh shared the pictures on her Instagram handle, many renowned celebrities reacted to her look and complimented the actress for breaking gender norms. The comedian's close friend and global icon, Priyanka Chopra Jonas also reacted to Lilly's outfit and dropped a cutesy comment on her post. The Quantico actress commented, "Maharaj!!!" in the comment section of her friend's post. Apart from Priyanka, there were a lot of celebrities and fans, who hailed Lilly for her outfit. However, there was one fan, whose comment caught everyone's attention, as the netizen praised the actress for setting up an example. The comment can be read as:

"Rocking that Sheervani, breaking gender roles left and right mama!! We love you so much! you look so darn good!"

Don't Miss: Delnaaz Irani On Her Relationship With DJ Percy, Says, 'Percy Has Given Me A New Lease Of Life' 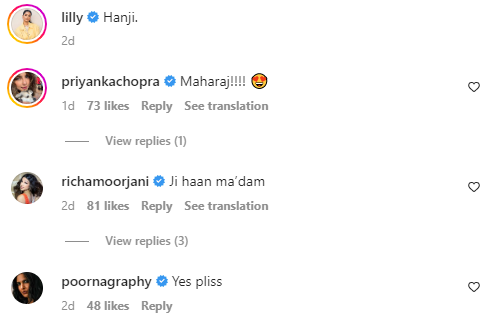 Apart from being a top-notch fashion influencer and a multi-talented lady, Lilly Singh never shies away from dropping cutesy family pictures on her Instagram handle. Time and again, we have seen her sharing unseen pictures from her childhood days. For instance, back in August 2021, Lilly had shared an adorable picture of herself from the days when she was a baby girl and could be seen posing alongside her mother. In the picture, Lilly looked the cutest in a white T-shirt and shorts. Along with the memorable picture, Lilly penned a caption, and it could be read as:

"Posting this baby pic as a tribute to all the parents dealing with their kids staying home from school again due to COVID. I know you're probably beyond stressed… because I know I was a brat as a kid sending you calm vibes and love tag a parent who needs a hug rn (@thetinasingh) Also, can we take a moment to applaud my mother for being beautiful and serving absolute FACE an icon." 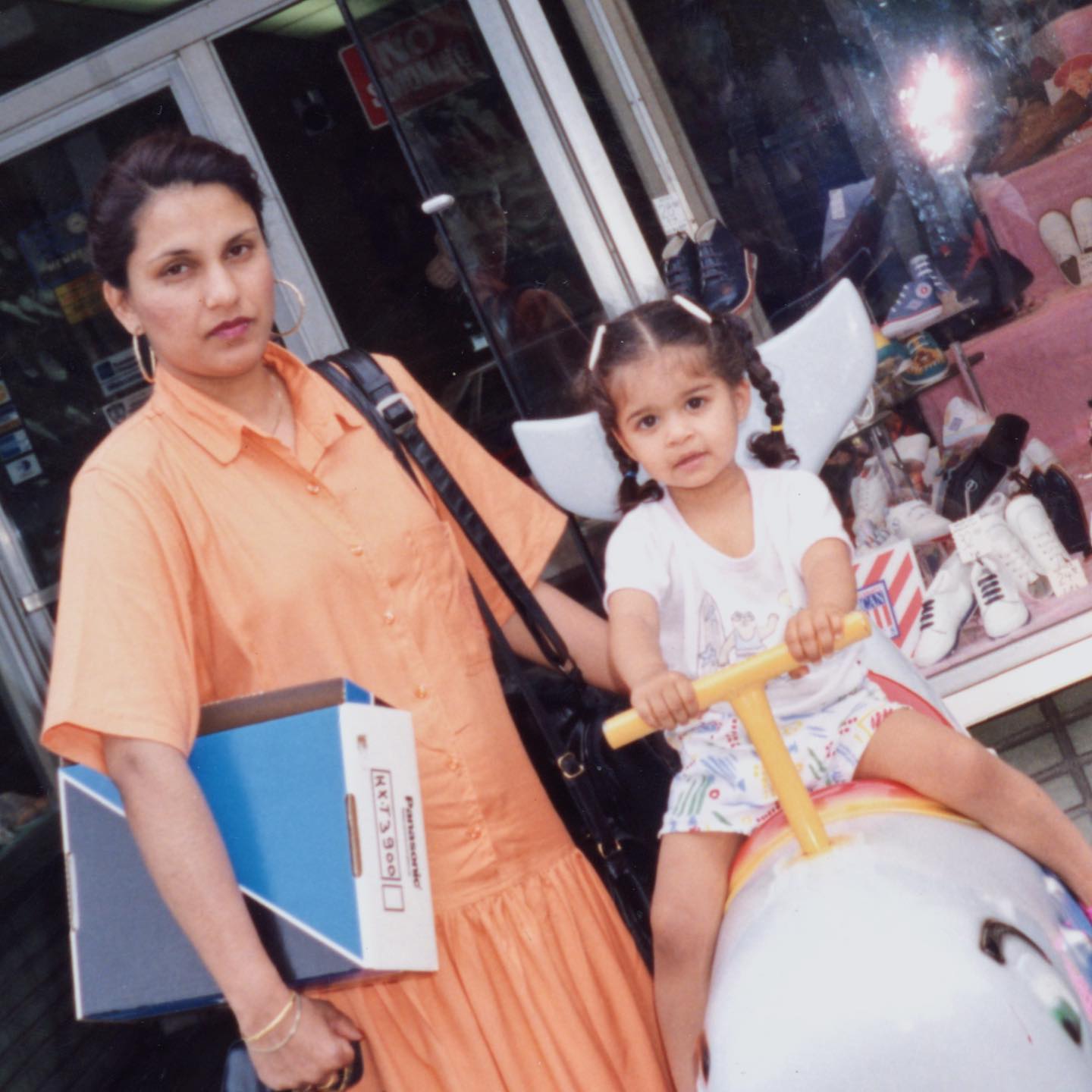 Well, we are absolutely in love with the way Lilly was slaying in a black sherwani! What about you? Let us know.

Also Read: Bharti Singh Looks Identical As Son, Laksh In This Video, Haarsh Says, 'She Gave Birth To Herself'