The wrath of the Indian audience against nepotism has shifted towards the recently released teaser of Ananya Panday and Ishaan Khatter's upcoming film, Khaali Peeli. The moment the teaser had made its way live on the internet, people had smashed it with the title 'nepotistic disaster'. As for now, there are 67k likes and 657k dislikes almost in the first 24 hours of the teaser's release. However, for Ananya Panday's father, Chunky Panday, it's a moment of great pride to see the teaser of his daughter's next film. And, just like any parent in the world, the veteran actor has extended his full support to his daughter. (Recommended Read: Ekta Kaul Celebrates Her Son, Ved Vyas' First Ganesh Chaturthi At Home With The Kaul Clan [Pictures])

Chunky Panday is quite active on social media in comparison to other veteran actors of his time. And, time and again, we have seen him sharing pictures and videos of his daughter's movies with motivating words. This time too, the doting father has voiced-out his excitement regarding the release of his daughter's upcoming film, Khaali Peeli. Scroll down to take a look! 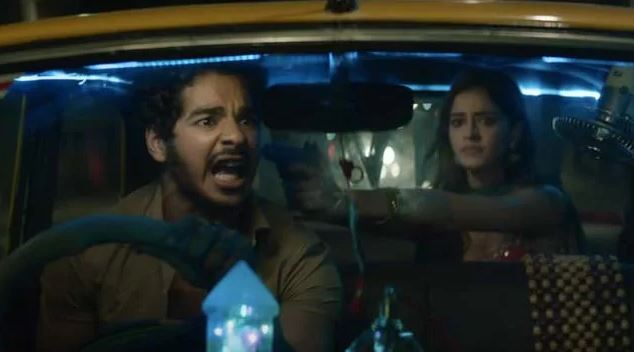 On August 24, 2020, Bollywood's veteran actor and comedian, Chunky Panday took to his Instagram handle and shared the teaser of his daughter, Ananya Panday's upcoming film, Khaali Peeli opposite Ishaan Khatter. The proud father wrote a caption in which he revealed how much he liked the teaser of the film, and it can be read as "OMG what a teaser of #khaalipeeli." Not just that, Chunky Panday also shared a poster of the movie on his Instagram stories and urged people to go and watch the teaser of Khaali Peeli. Atop of the poster, he wrote, "WOW promo" followed by the star-eyes emoticon. Other than that, Ananya Panday's mother, Bhavana Panday, also shared the teaser with a simple caption "Khaali Peeli!!!" followed by hearts and fingers-crossed emoticons. Take a look. (Don't Miss: Shweta Singh Kirti Shares Pictures With Her Brother, Sushant Singh Rajput From Her Wedding Reception) 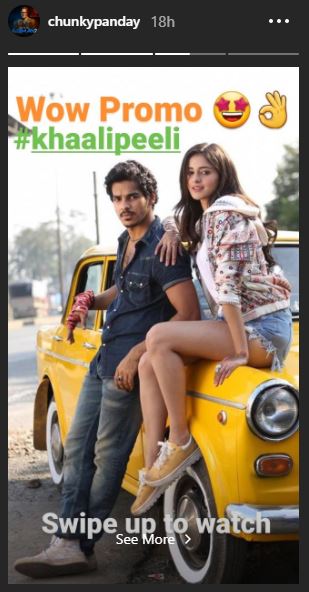 Well, Chunky Panday is quite active on social media and never skips a moment to shower his blessings on his daughter, Ananya Panday and Rysa Panday. Earlier this year, Ananya Panday had won the Best Debut (Female) Filmfare Award for her performance in her debut film, Student Of The Year 2. After which, in a conversation with SpotboyE, her father, Chunky Panday had revealed that he's incredibly proud of his daughter, Ananya Panday. The actor had recalled the time when he was nominated for the Filmfare Award on four occasions but never won one. Talking about the same, he had stated, "In 34 years of my career, I have had four nominations for films like Tezaab, Aankhen, Housefull and Apna Sapna Money Money but I've never won a Filmfare award. So when Ananya was nominated, I was overjoyed. And last night, when she won it, I started crying. I had tears in my eyes because I just couldn't believe it. She deserved it." The proud father had taken to his Instagram handle and had shared a picture of Ananya with the black lady. Along with the gorgeous photo, he had written a heartfelt caption that could be read as "Congratulations My Big Little Girl for winning the Black Lady. Best debut #SOTY2 and many-many more to come. Thank you @dharmamovies @filmfare and You All for making this possible." On which, Ananya had dropped a cute reply, "Love u pappatiiii" followed by a heart emoticon. Also, he had shared some pictures of Ananya on his Instagram stories too. Take a look. 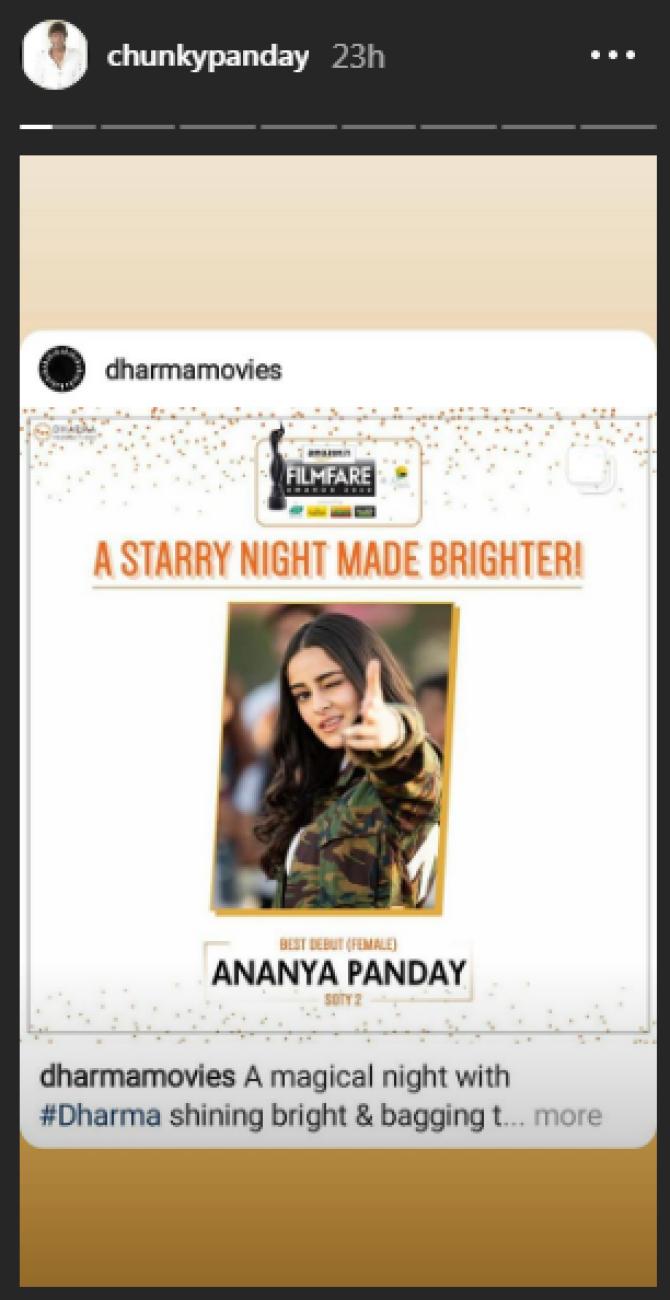 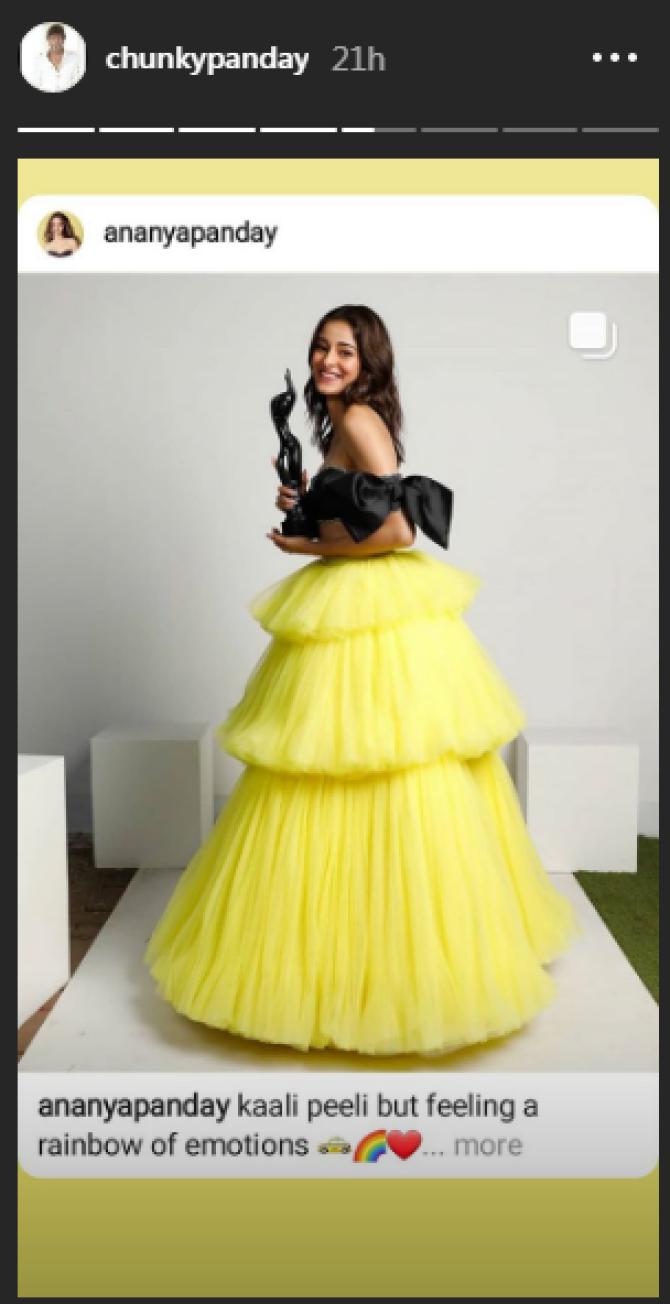 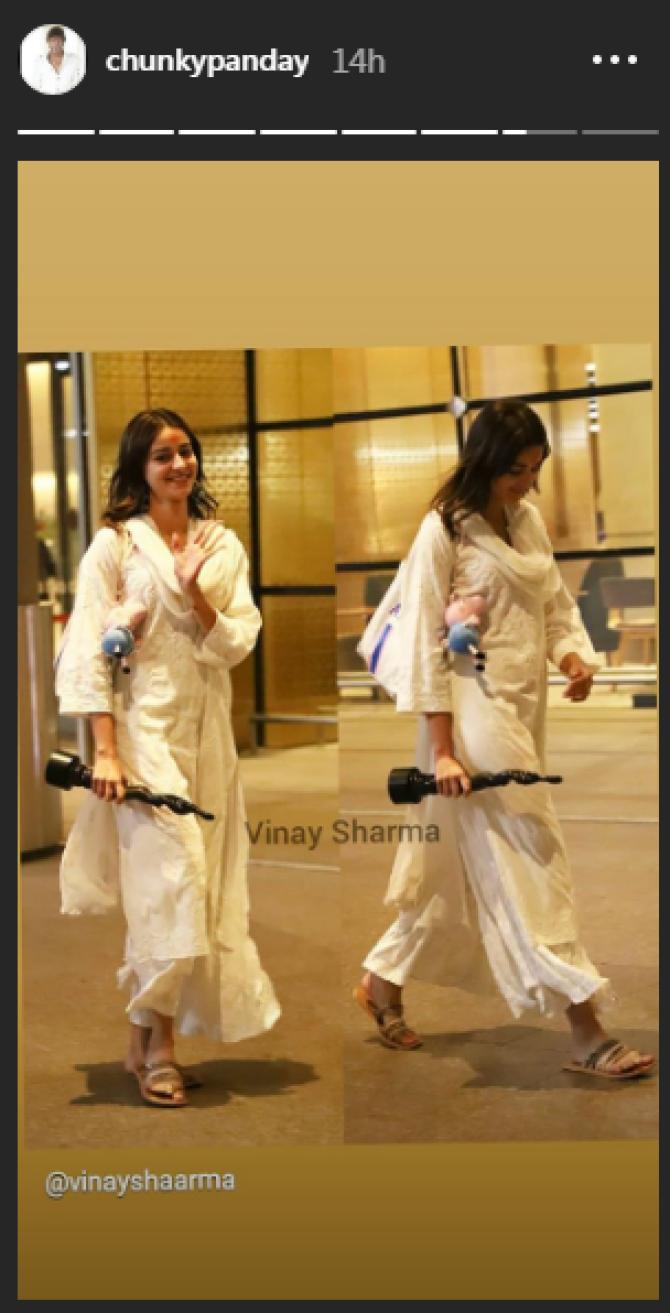 In an interview with the Bombay Times, Chunky Panday had revealed that one advice, he had given to his daughter, Ananya continuously since the day she had decided to be an actress in Bollywood. He had explained, "The most important thing for any actor is to be accepted by the audience. I've always told this to Ananya because there's just that much advice I can dole out. She'll have to figure her way through this on her own, making her own choices and her own mistakes. I've always told her that no one can ever predict the box-office success of a film because a billion people decide that. I stopped worrying when I saw Student Of The Year 2 at a private screening. Bhavana and I were sure she would find acceptance. There's no harm in being excited and optimistic, but one should never get carried away." (Also Read: Hina Khan Pens A Heartmelting Birthday Wish For Her Future Mother-In-Law And Rocky Jaiswal's Mom) Do you like the teaser of Khaali Peeli? Let us know!